french architect dominique coulon and his strasbourg-based team have completed a three-storey school in montpellier, composed as a series of stacked volumes. located on a relatively small, triangular plot of land, the compact ‘andré malraux’ school unit is part of the city’s ongoing regeneration. an initiative that seeks to connect montpellier’s expanding urban fabric with the mediterranean coastline.

the three-storey school complex is located in montpellier

the ground floor contains a nursery, as well as a center for before and after-school activities. a primary school occupies the remaining two floors, with a playground positioned on the roof of the nursery structure below. older students can enter the first-floor classrooms directly from the playground, without having to pass through the nursery, or other areas of the building. 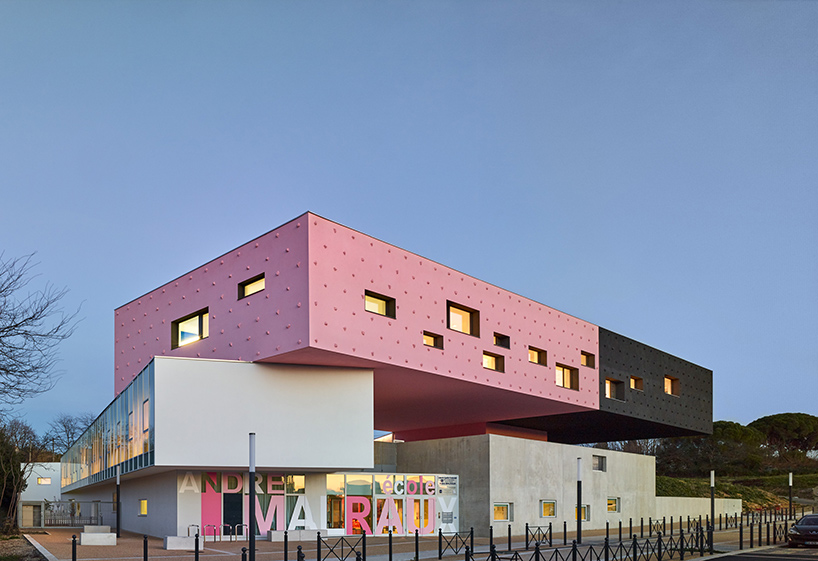 the scheme is composed as a series of stacked volumes

each volume is designed as an autonomous element, displaying a range of colors and materials. these components have then been stacked, with cantilevers providing sheltered areas below. the individual volumes have been designed according to their orientation and the level of light they require. open-ended classrooms ensure both natural light and ventilation throughout the school day. meanwhile, circulation routes receive natural illumination from the carefully positioned patios and voids. 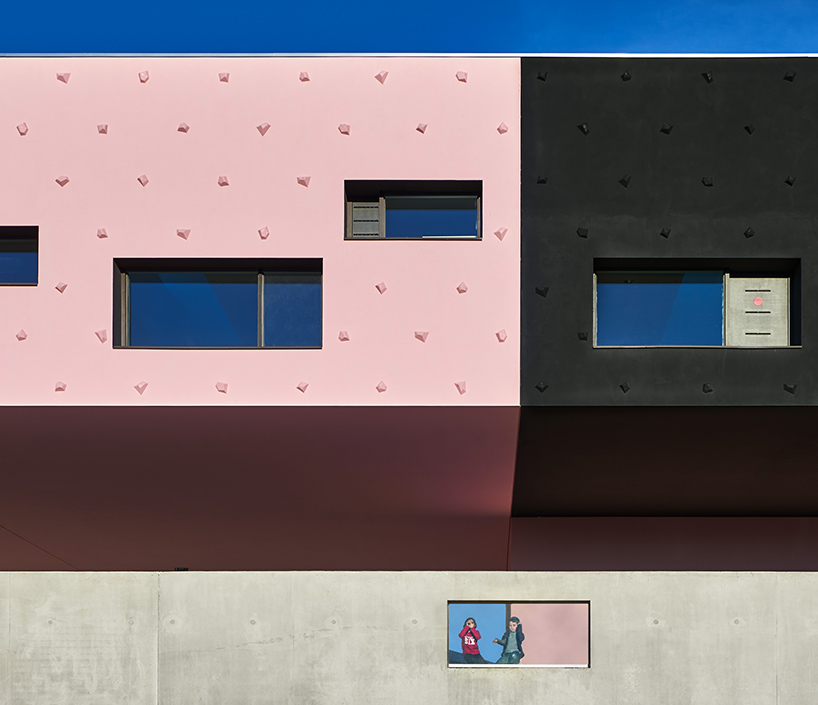 each volume is designed as an autonomous element, displaying a range of colors and materials 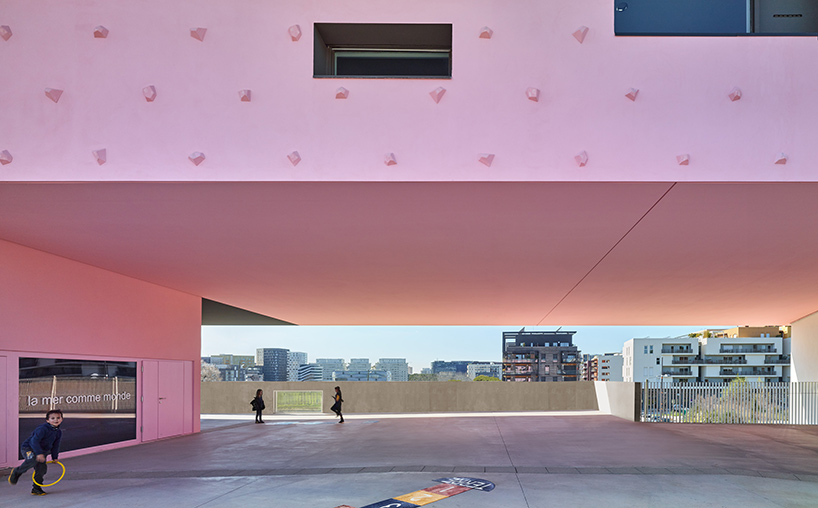 the ground floor contains a nursery, as well as a center for before and after-school activities 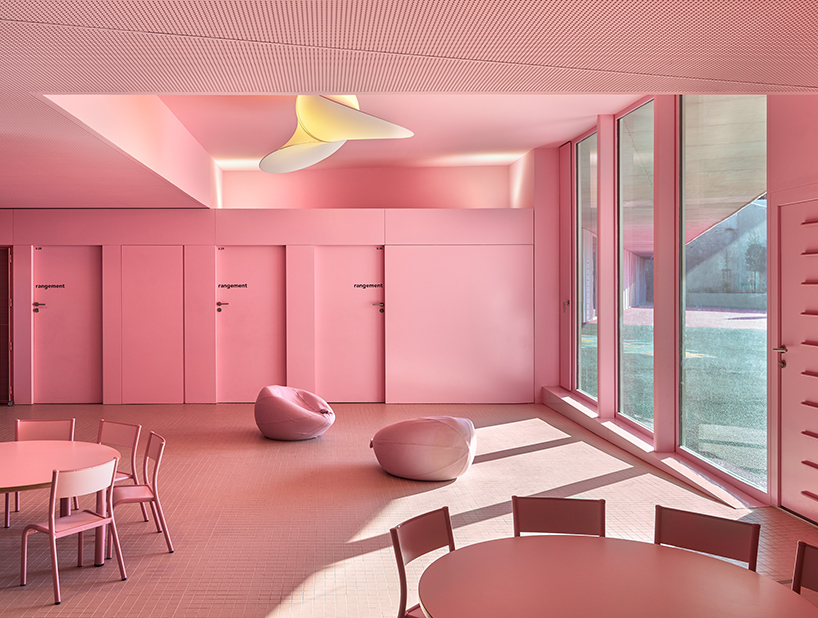 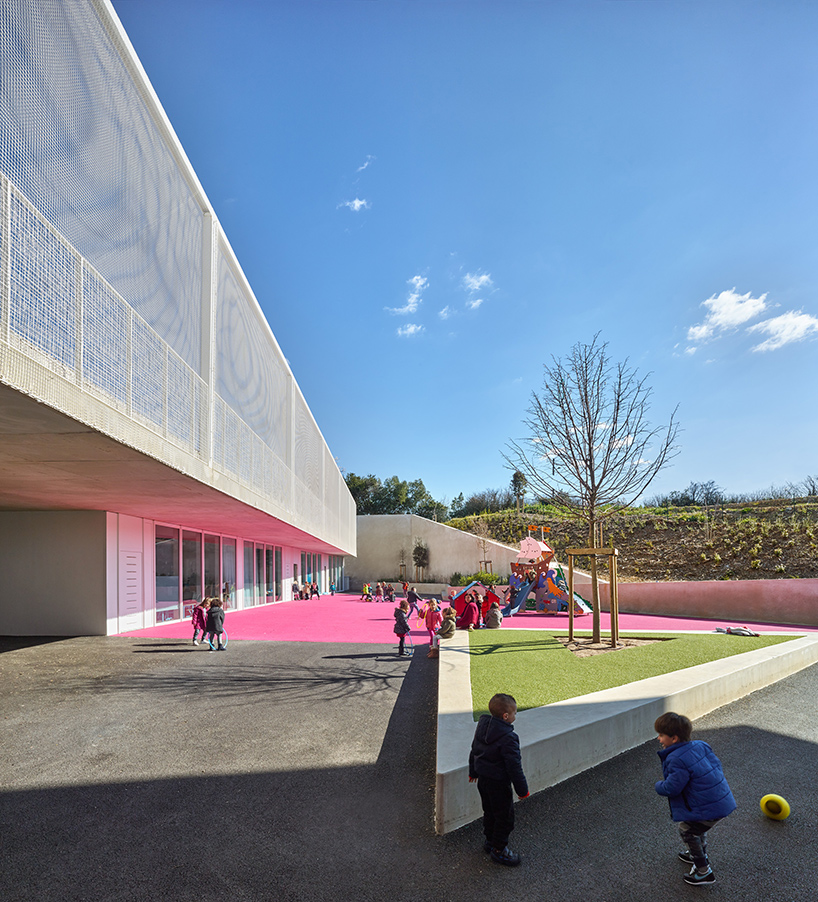 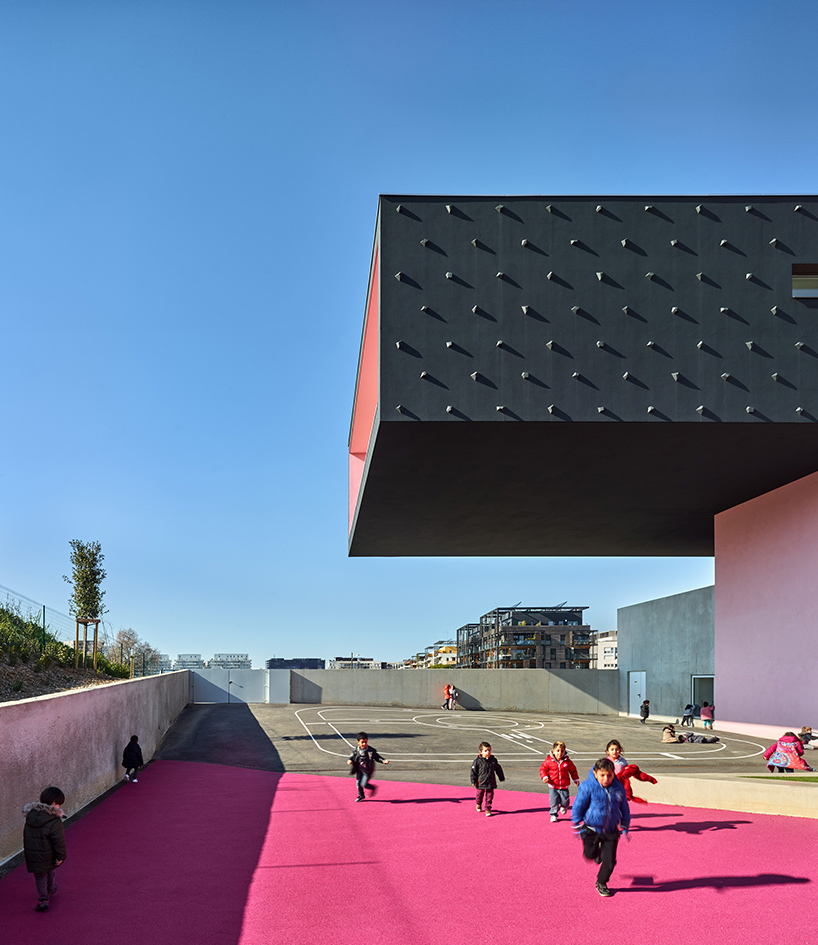 the compact design is situated on a relatively small, triangular plot of land 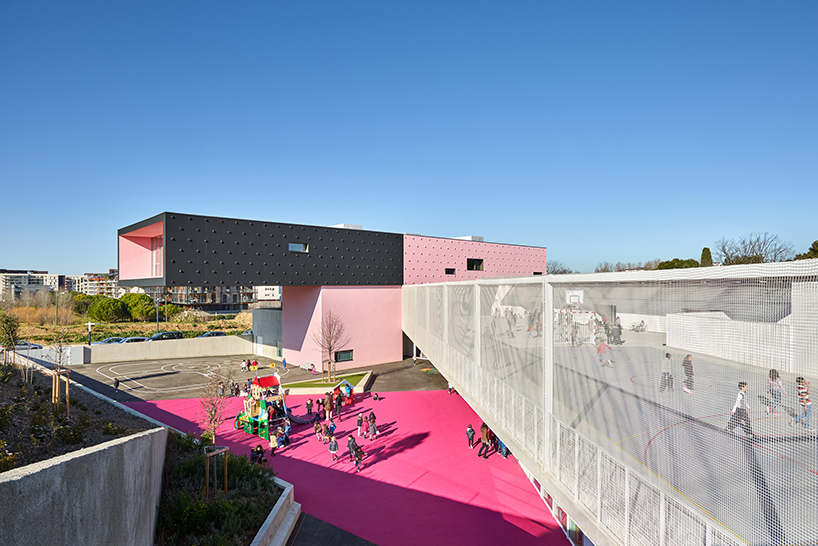 a playground is positioned on the roof of the nursery structure 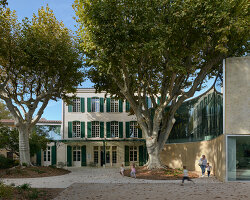 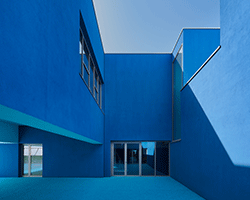 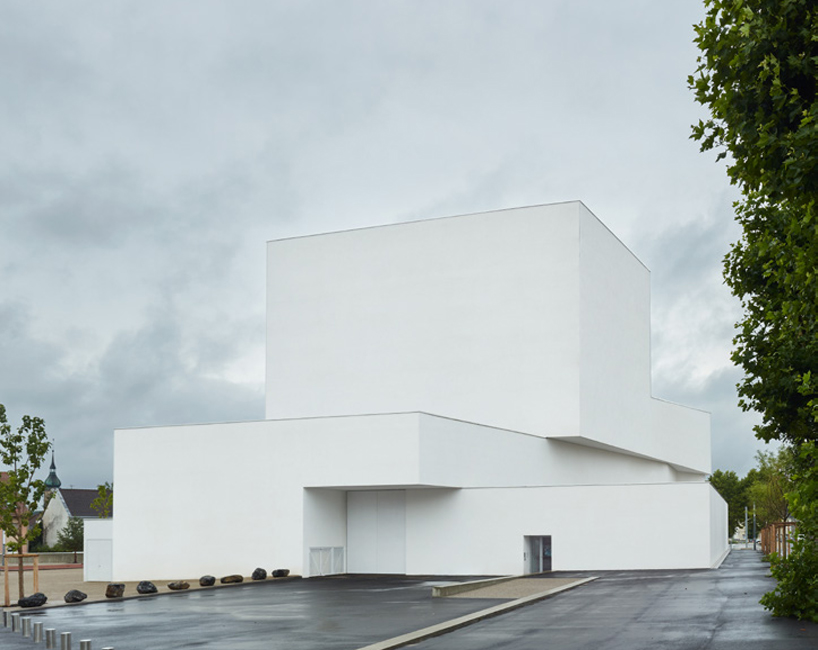 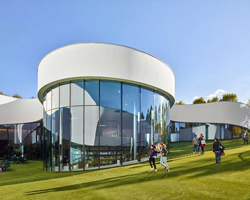