internationally-recognized french architect dominique perrault has redrawn plans for the pont de sèvres towers in boulogne-billancourt, france with ‘citylights‘, a scheme to transform and re-urbanize the western suburb of paris. stripping the old façades of the pre-existing towers, the design features a double layer skin that alternates between transparency and silver shades, providing a rhythmic effect to the highly geometric structures. 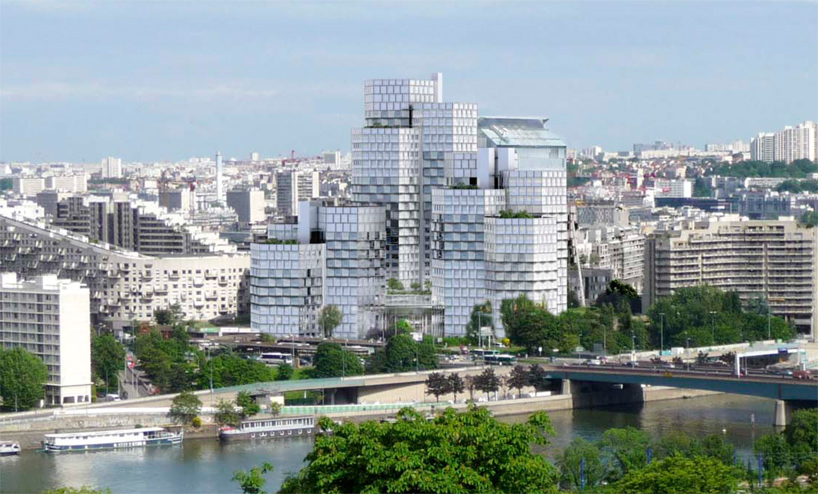 situated close to the seine, the buildings are a composition of three towers which each serve asthe main bodies or ‘petals’ in the layout. hexagonal volumes terminate at different heights, creating a visual effect similar to an organ flues assembly. working with the original proportions and identity of the architecture, the new facade design features a ‘bracelet’ treatment which work with oblique creases and folds. the finish multiplies the reflections on all perspectives, providing vibrant and light-filled bands all around the buildings. 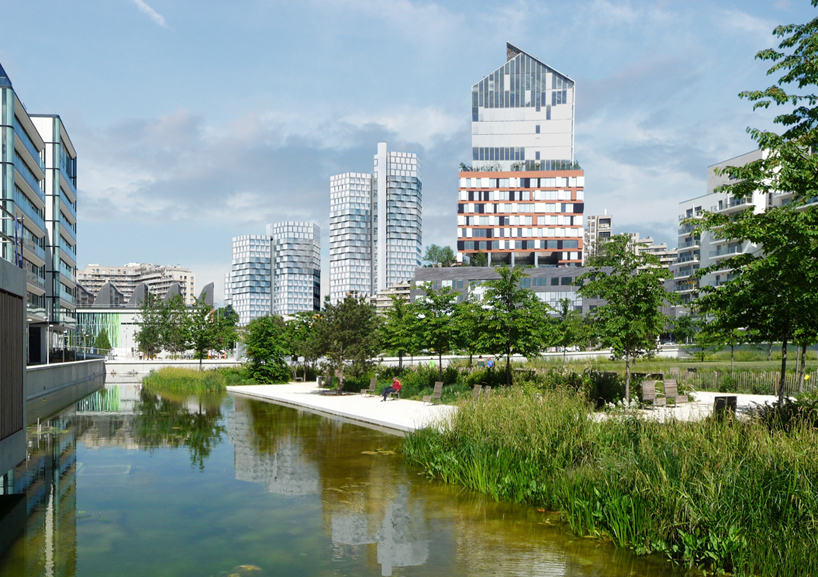 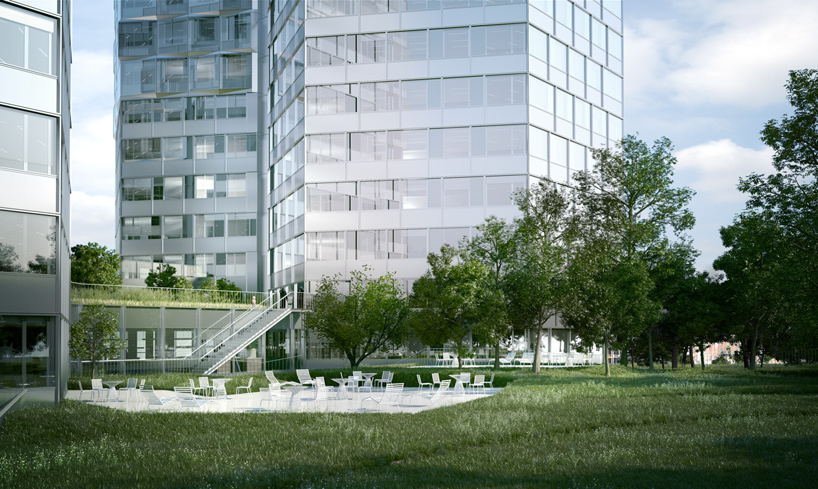 in order to provide more connection at the natural ground level, the elevated entrance of the towers is brought back to the same level of the city. the lobby links up the buildings on three levels, offering a generous space for meetings and exchanges. within nearly 70,000 m2 of office floors, additional programs such as restaurants, cafeterias, a fitness club, a travellers’ lobby, intercompany nursery and more are offered throughout. 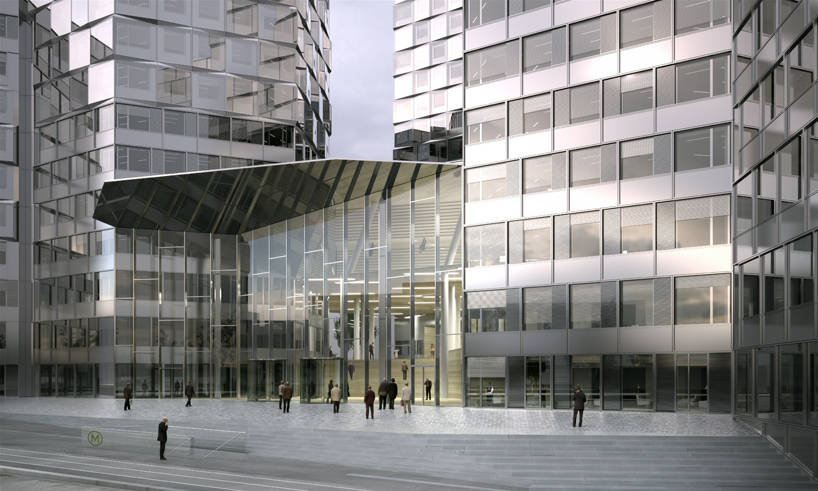 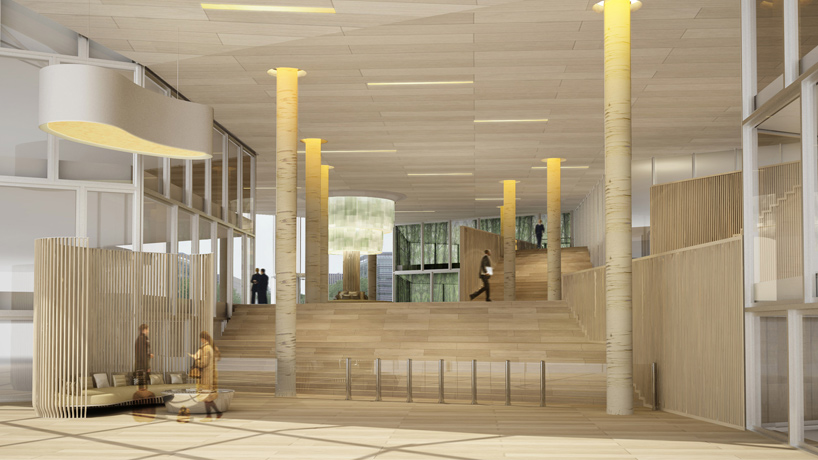 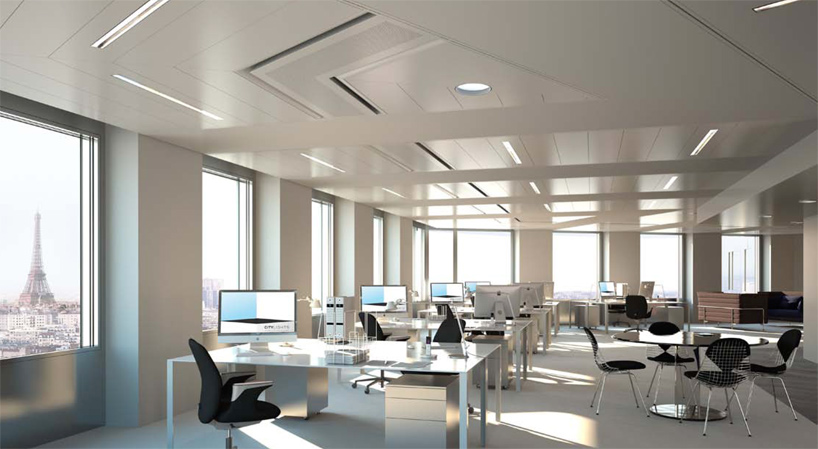 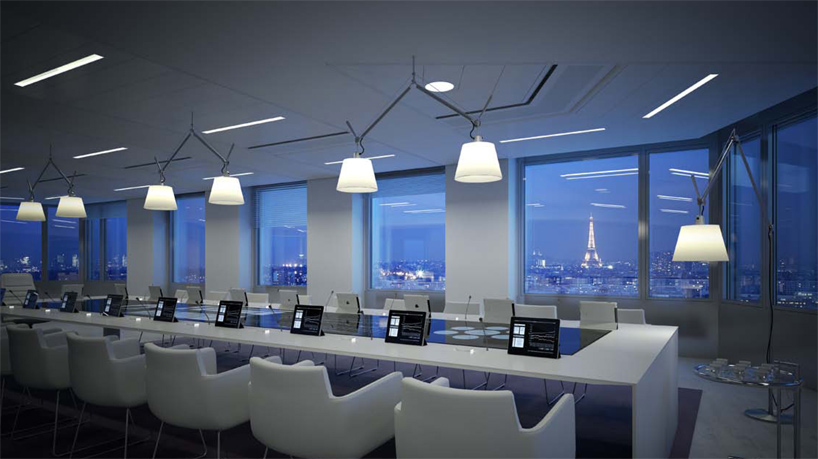 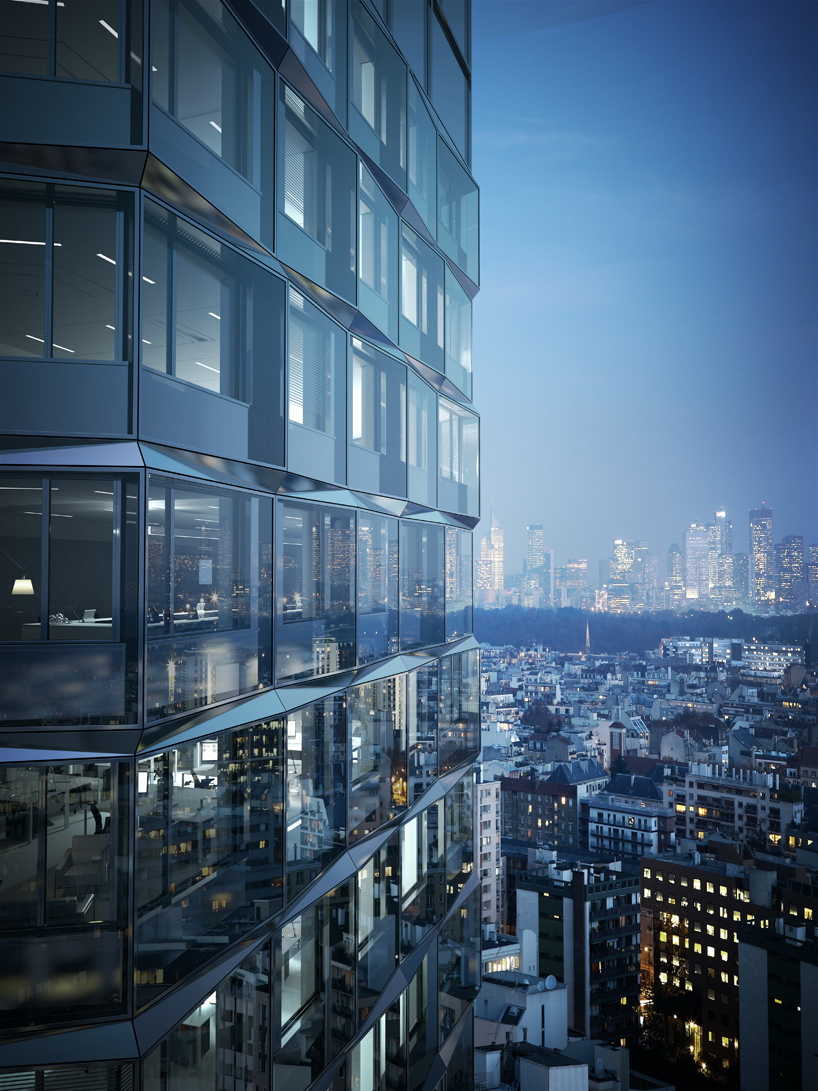 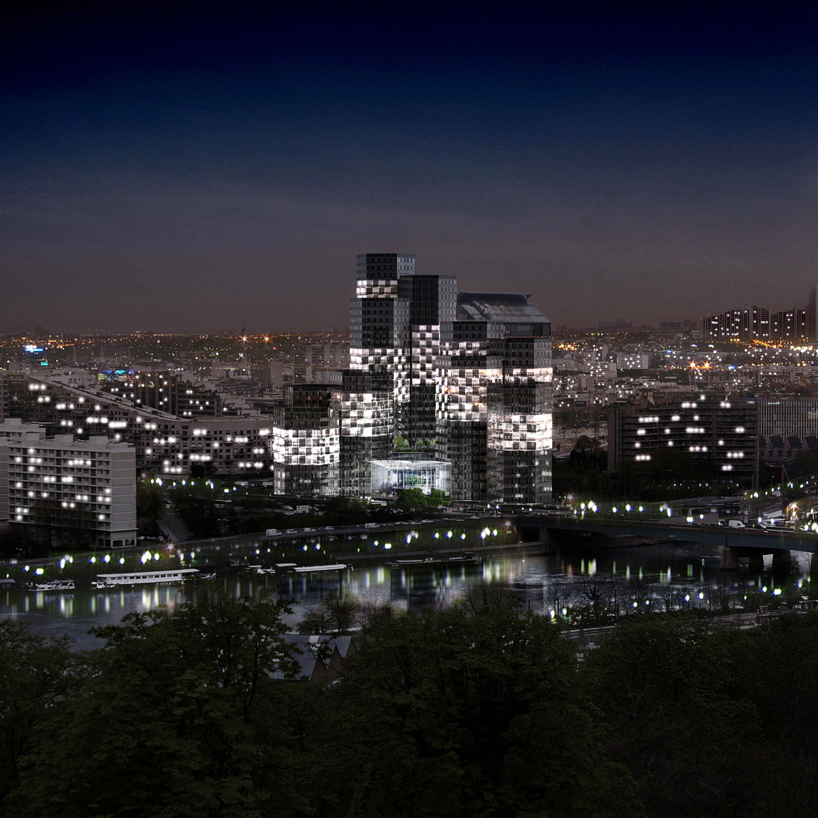 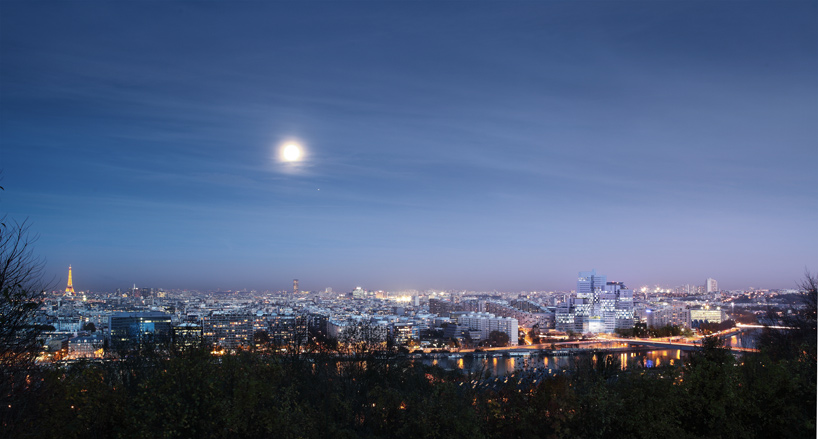 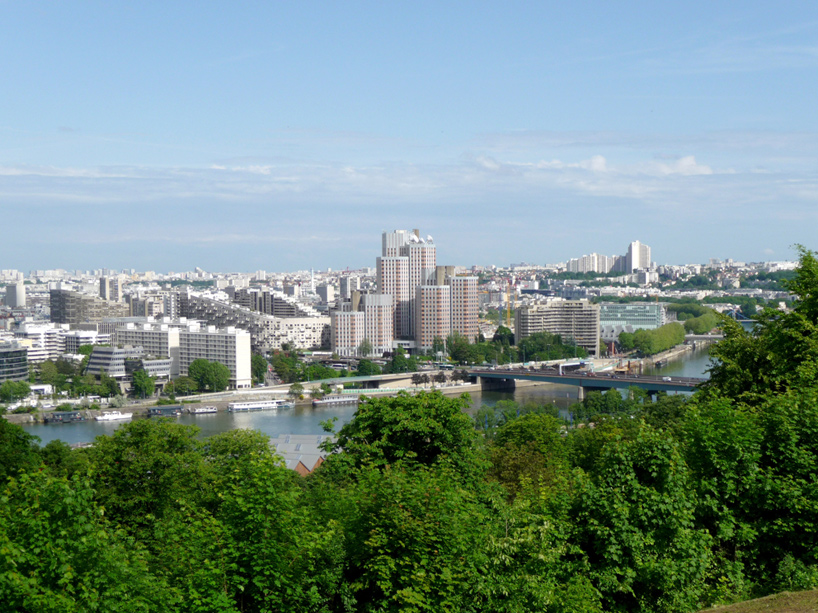 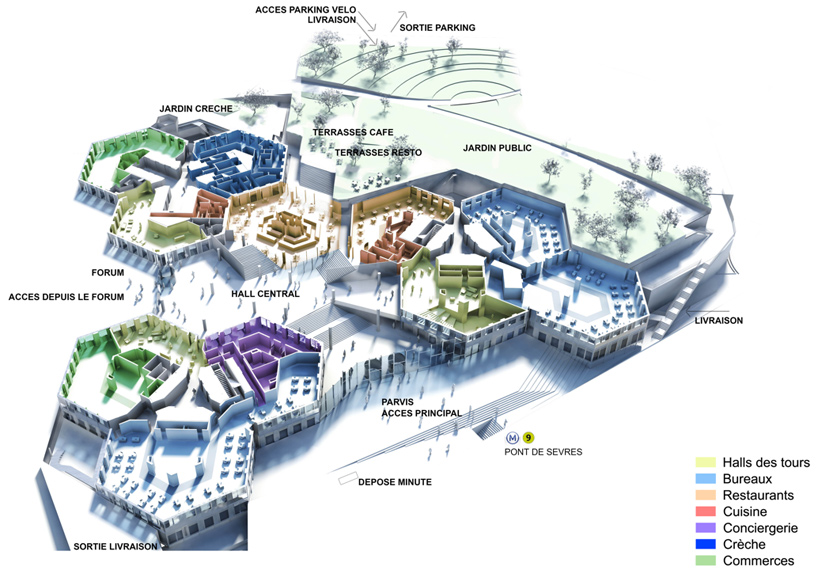 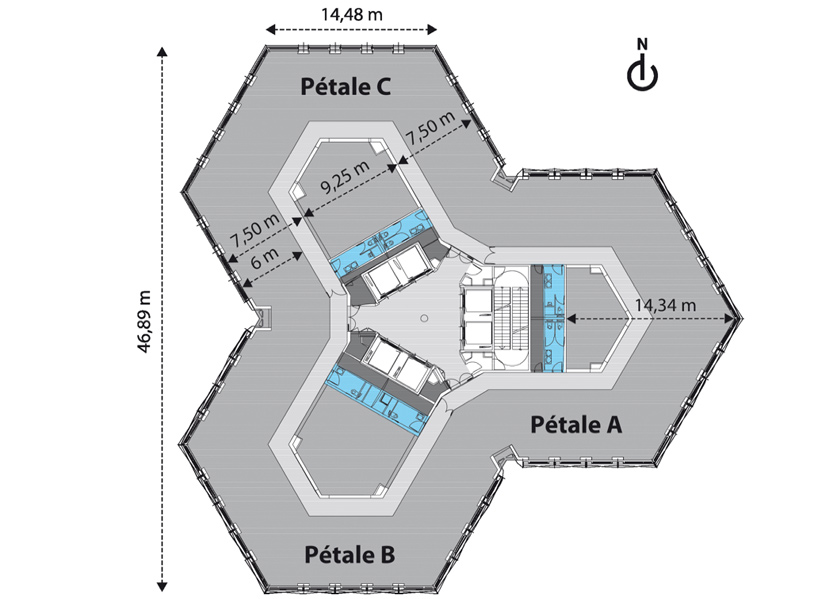