a retrospective exhibition of architect dominique perrault is currently on display at the ICO museo colecciones in madrid. the show will be on view until may 17, 2009.

co-curated by frédéric migayrou and gaëlle lauriot-prévost, the exhibition is an overview of 25 of his projects, explained through maquettes, photos, original plans, videos and 13 films by the filmmaker richard copans, which allow viewers to enter into this architect’s most distinctive buildings.

some of dominique perrault known projects to date include the national library of france in paris, the european court of justice in luxembourg, berlin’s velodrome and olympic swimming pool, and the mariinsky II theatre in st. petersburg. in spain, there is the ‘caja mágica’ (olympic tennis centre of madrid), which will be opening during this exhibition, and will become the icon of madrid 2016.

‘we don’t build buildings, but rather what I call landscapes. we have gone beyond the built architectural element. we are in a system of relations. architecture is no longer something rigid or closed, but an element seeking solidarity, presence, exchange and, above all, a certain kind of happiness.’ – dominique perrault

court of justice of the european communities, luxembourg in progress image © ADAGP 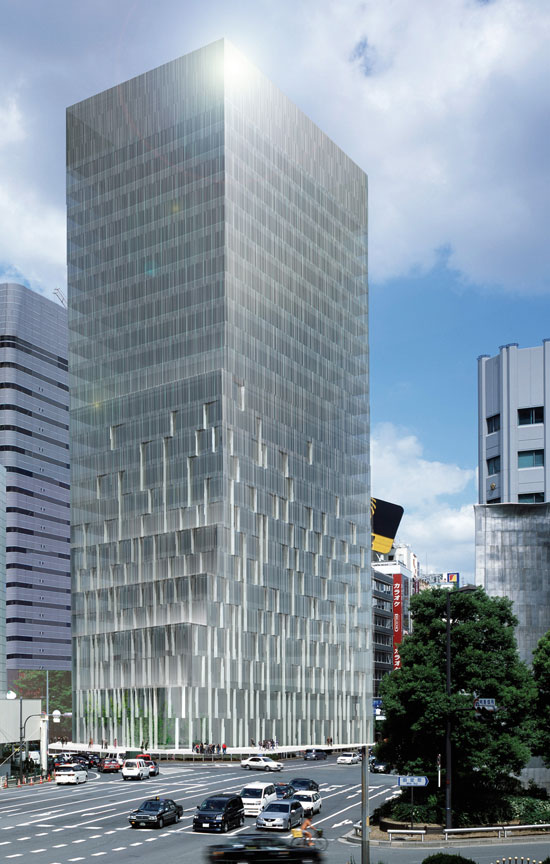