paris-based dominique perrault architecture has completed ‘fukoku tower’, a 32-storey office complex in the heard of osaka, japan. situated on a corner near the city’s main train station, the design applies an identifiable yet subtle architectural language to define itself as a physical marker in the urban landscape. 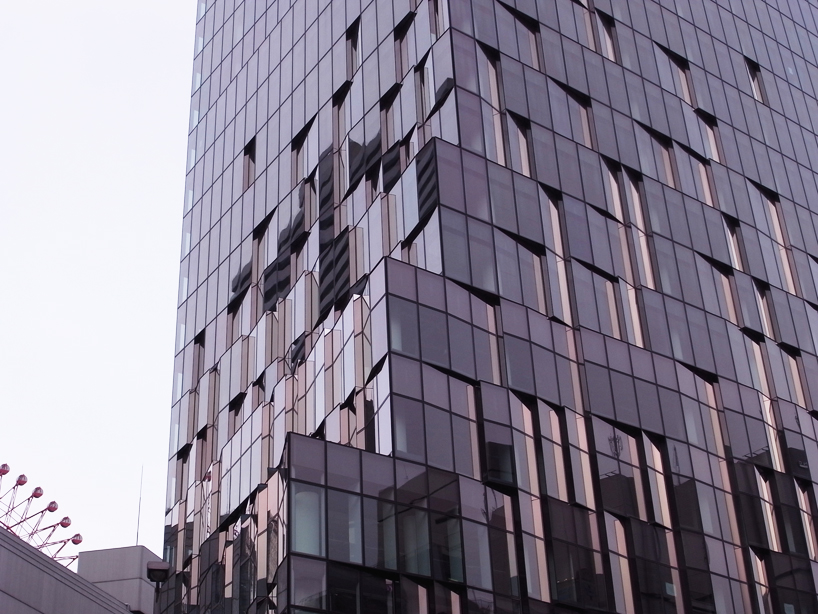 influenced by the organic characteristics of a large tree, the tower draws elements from nature and incorporates them to the form and facade of the tower: at the base, the regular orthogonal glass facade references ‘wood chips’ with random cells pulled out and skewed out at an angle. from a distance, this treatment resembles a pixelated growth or ‘peeling off’ of barks. as the facade reaches the top, it gradually gives way to a sleek wall. the lower levels extend out to the plaza level by level, resulting in a gently tapering profile, much like that of an old and established tree trunk. 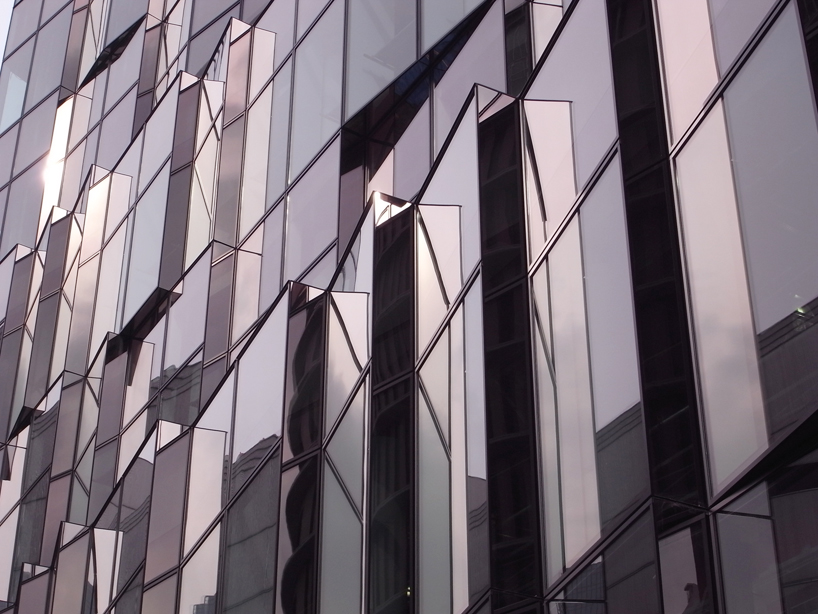 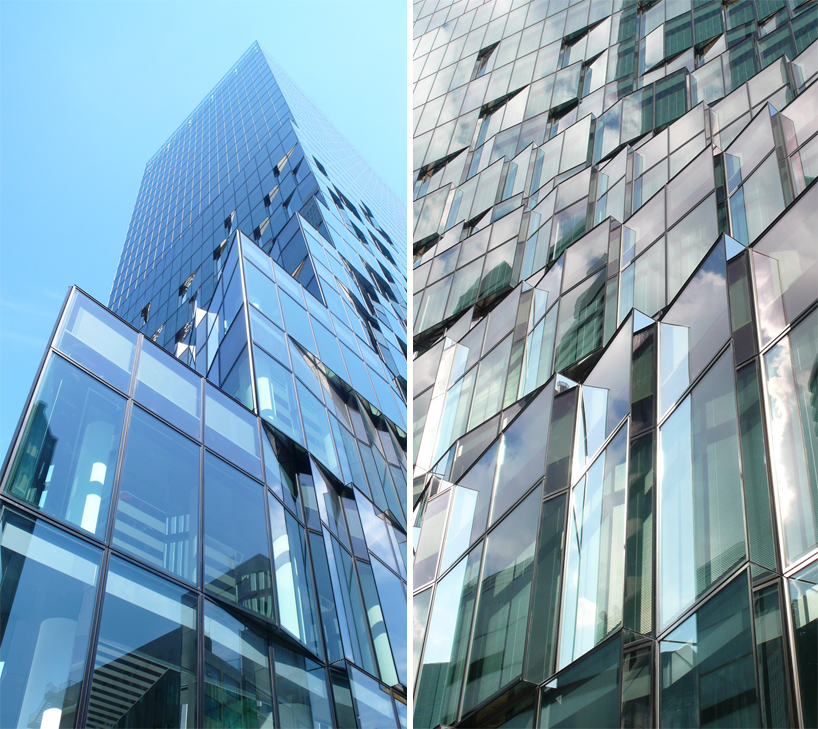 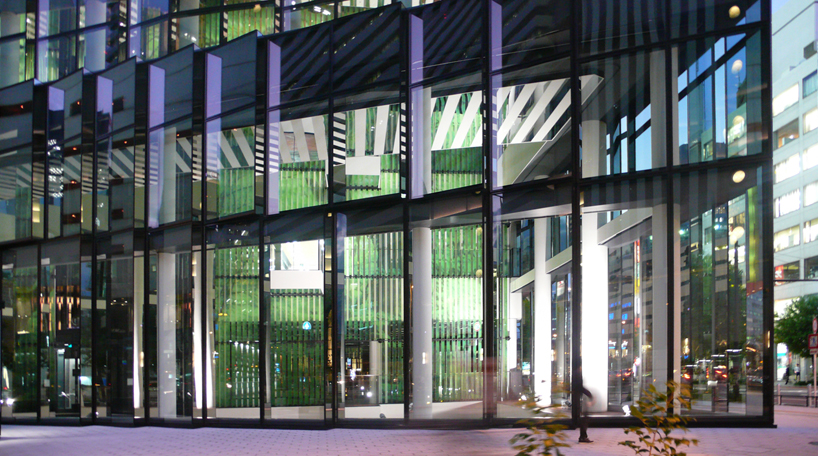 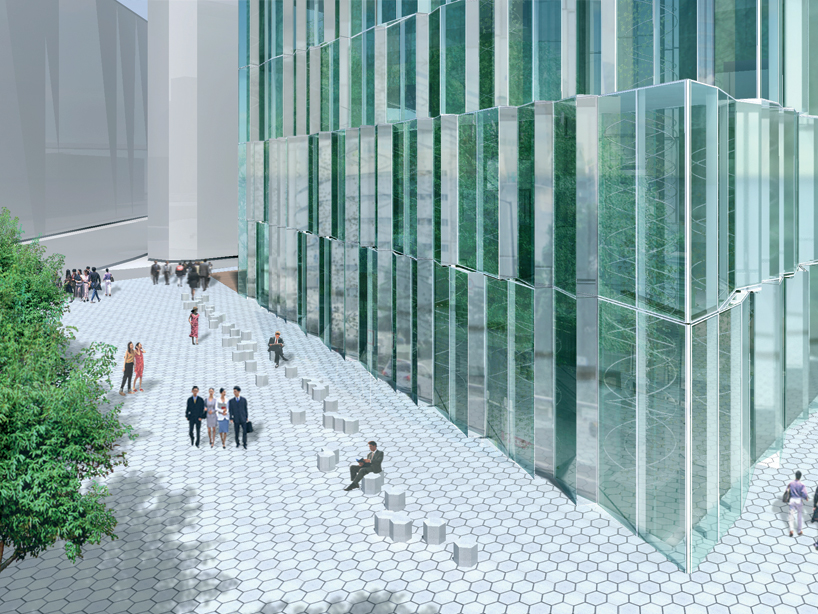 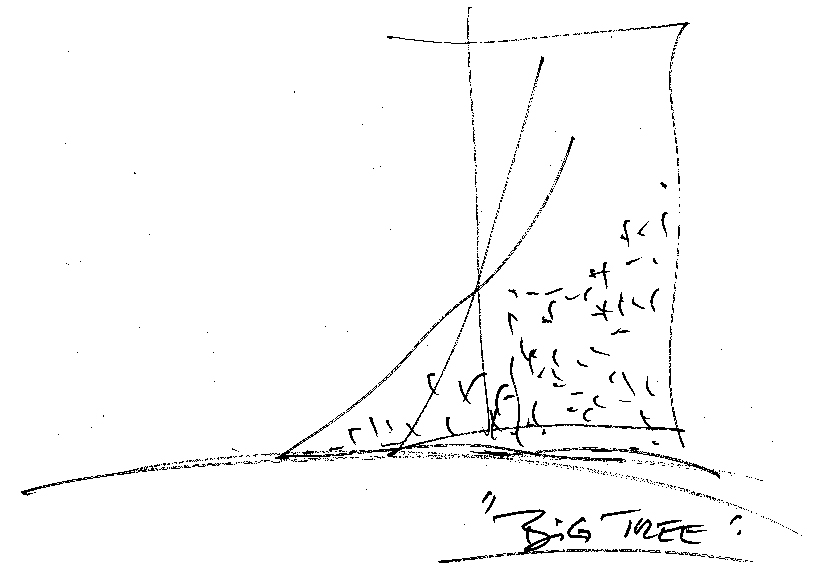 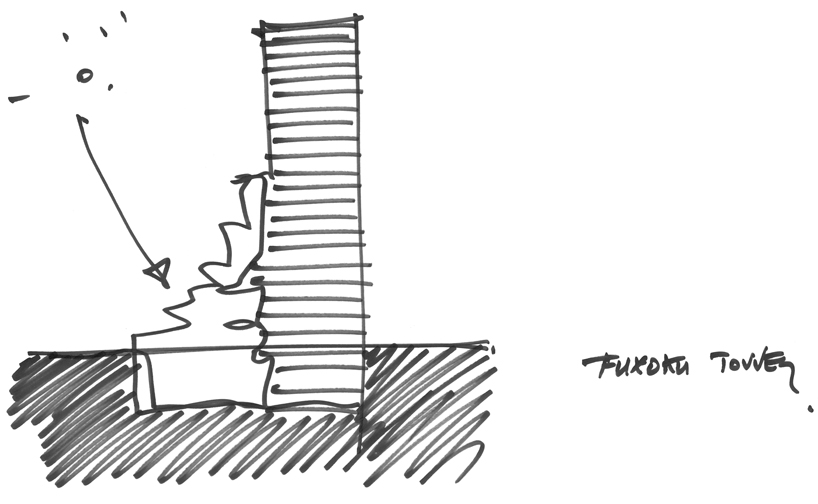 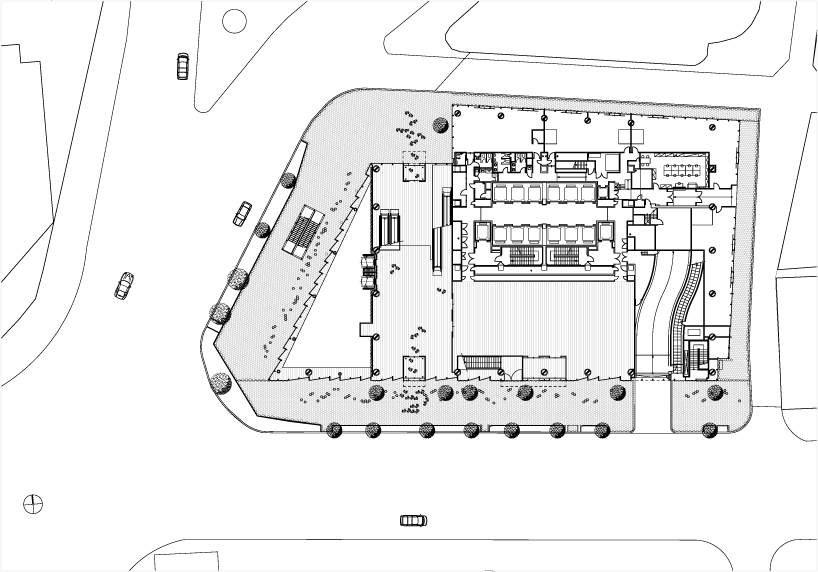 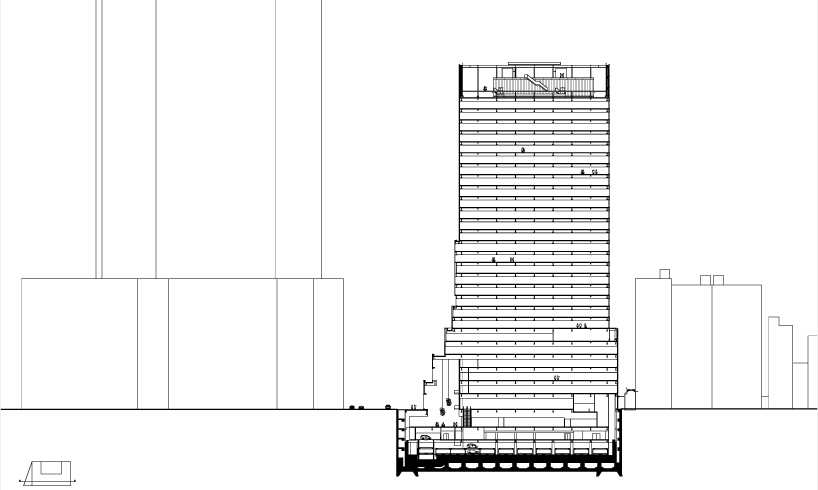