internationally practicing architect dominique perrault has completed ‘la liberté’, a multi-storey social housing and office building in groningen, netherlands. conceived in line with the ‘ring zuid groningen’ initiative that called for the development of neighbourhoods lining the main highway of the country, the mix-used project aims to stand as a new sign of urban renewal for the area and the city. 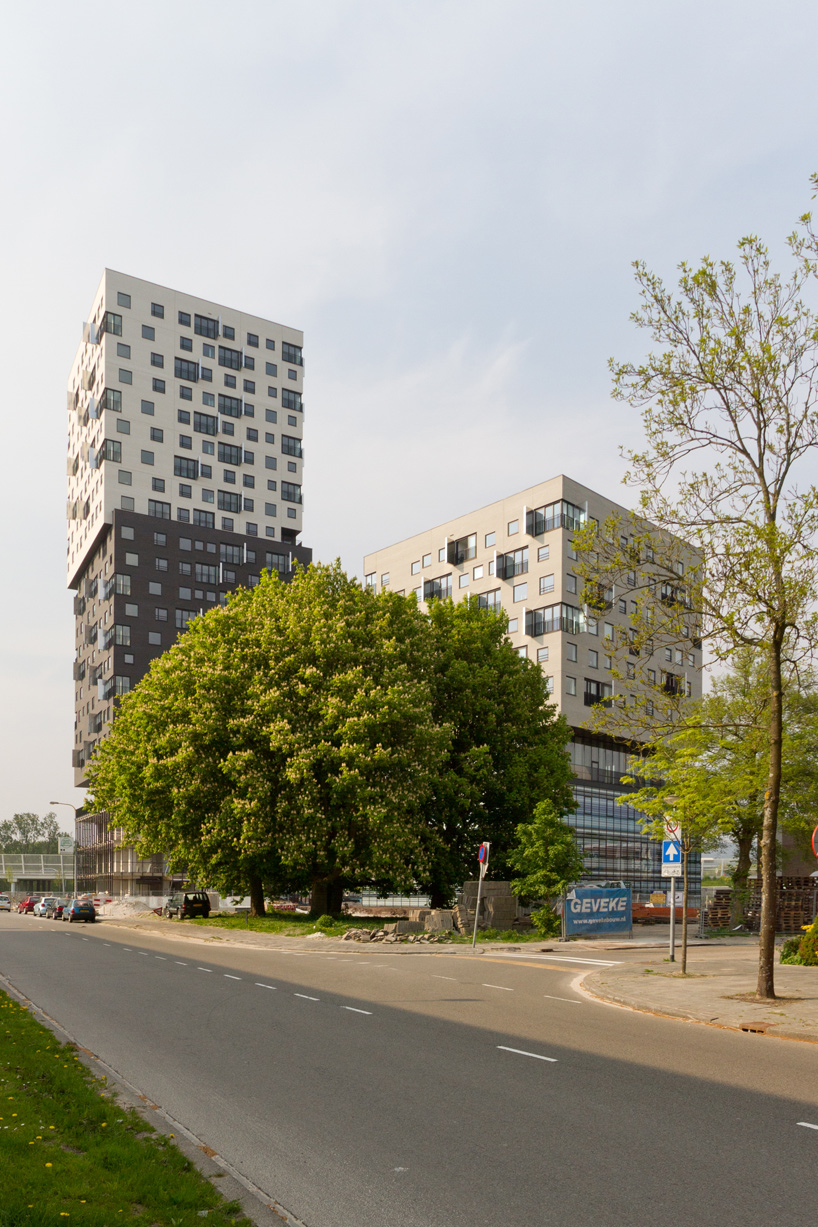 comprised of two towers – measuring approximately 80 meters and 40 meters – the general volumes of the project sets a new vertical standard for the area, establishing itself as a new visual landmark within the urban landscape. both buildings feature a base platform that rises to the height of the adjacent post war social housing blocks, maintaining and extending the sense of horizontality by being constructed completely out of glass. the resulting exterior reads as a set of floating volumes which accommodate the housings above the office levels. to coordinate a smooth transition from corporate to private dwellings, a five-meter high terrace wraps around the storey in between, providing a sheltered common space for inhabitants. an elevated footbridge at this level directly connects the circulation between both towers. 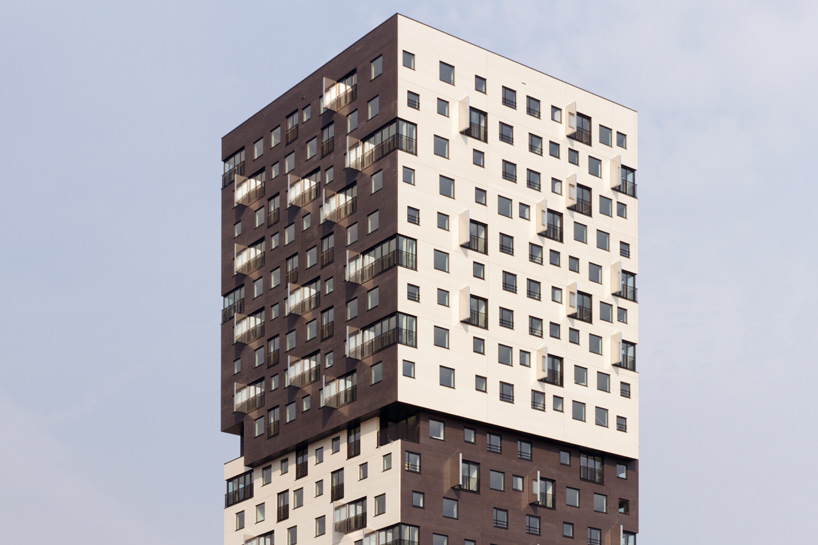 finished in shades of black, grey and whites, the facades of the housing blocks lend the towers a dynamic aesthetic. polished steel panels are placed perpendicularly to the surface to punctuate the elevations and multiply the perceptions of the building, as well as offer alternative views and additional light intake for the inhabitants. in total, the project provides 120 apartment units in 15 different types with 40 variants. 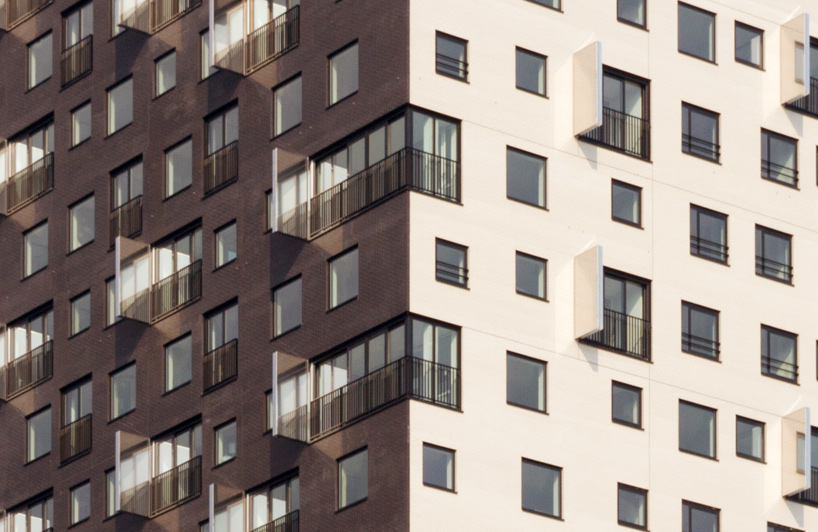 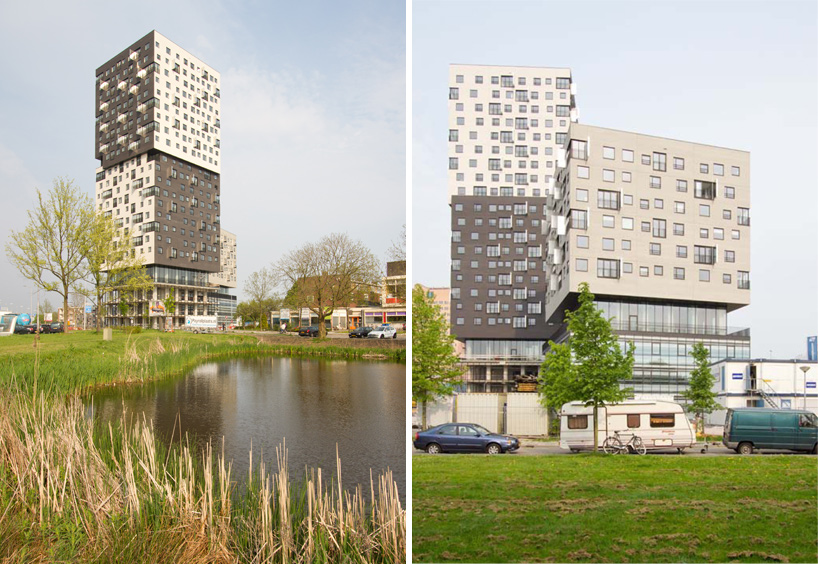 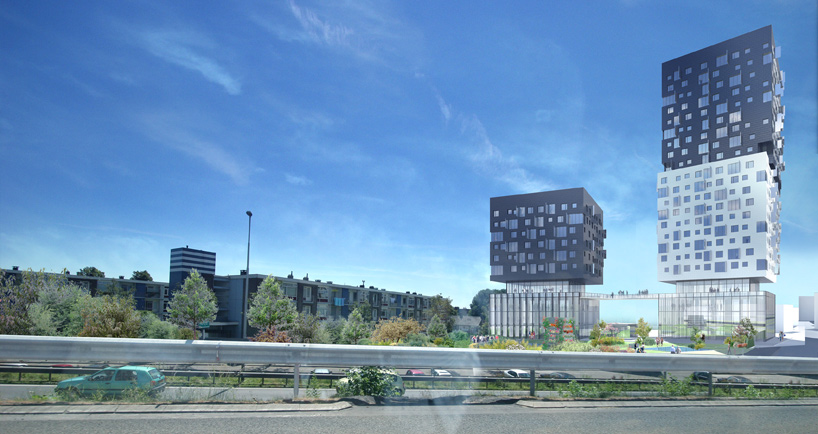 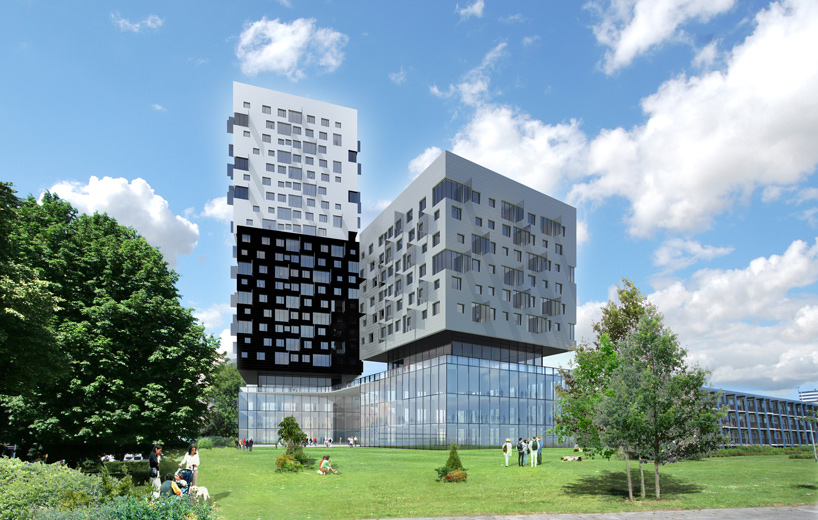 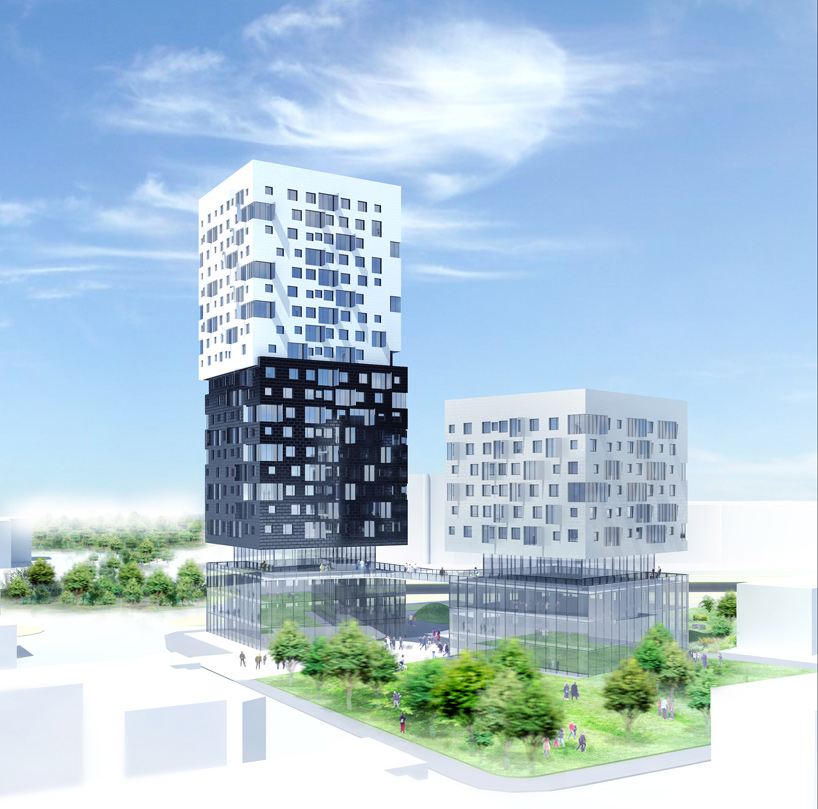 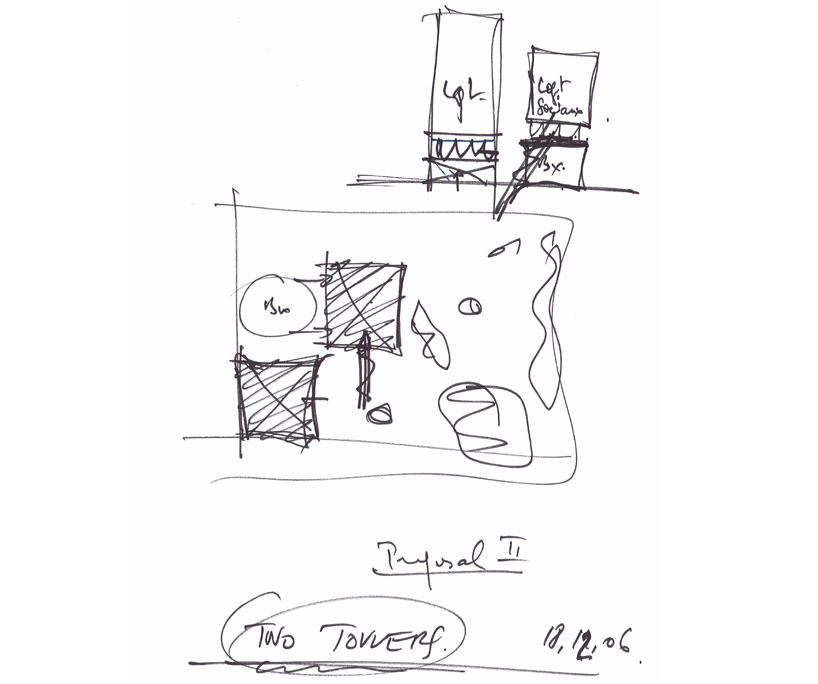 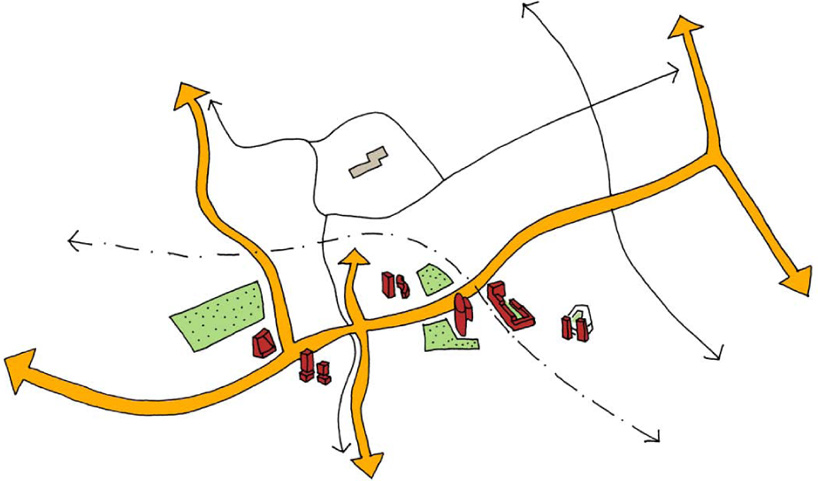