dominique perrault architecture has won first place in the international design competitionfor the redevelopment of the ‘new long champ horse racecourse’ in paris, france. observing the wide range of buildings currently present on the historical racetrack, the design seeks to highlight the different architecture elements that contribute to the identity of longchamp by an integration and transformation of the surrounding landscape. 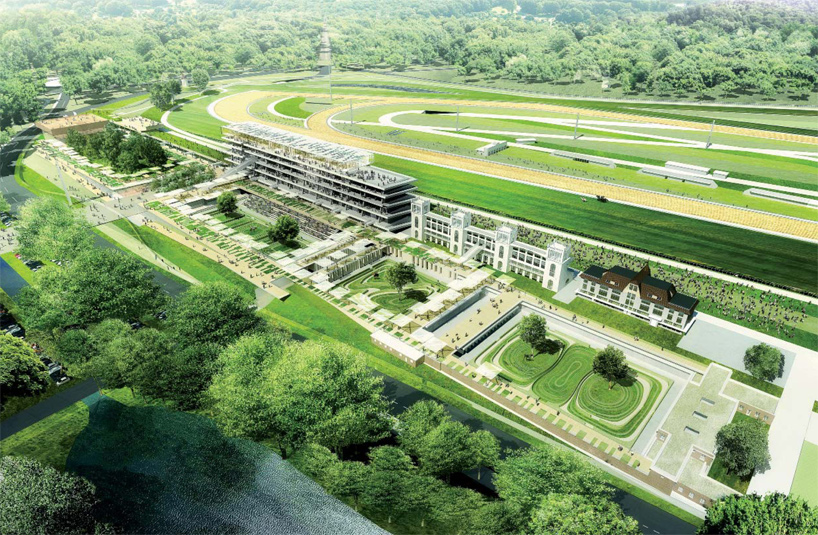 establishing a spinal column to the circulation of the project, ‘les planches’ is a large wooden walkway that connects the north end of the racecourse with the south. the new topography encourages the spaces’ opening, their permeability with the landscape and a clear and instinctual circulation for the general public. the routes are lined by five meter high stainless steel mesh that acts as a shelter from the wind and the sun.

conceived as a structure with no front and no back, the grand stands is read as a series of stacked plates that have been shifted to create a soft overhang effect from the west to the east. the form directs the stands closer towards the finish line while a balcony is generated on the opposite side. a panoramic view of the surrounding landscape and raceway is provided from every level.

the redevelopment is due to start in october 2013 and has a projected completion date of late 2015.

from the forecourt on the main path image © DPA / adagp 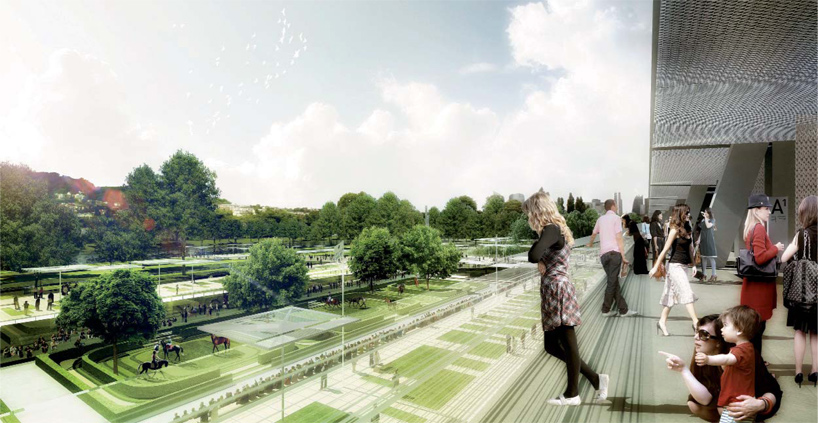 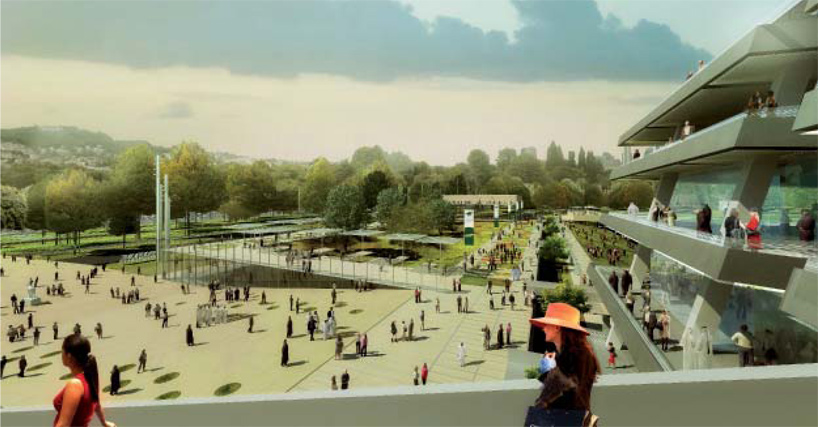 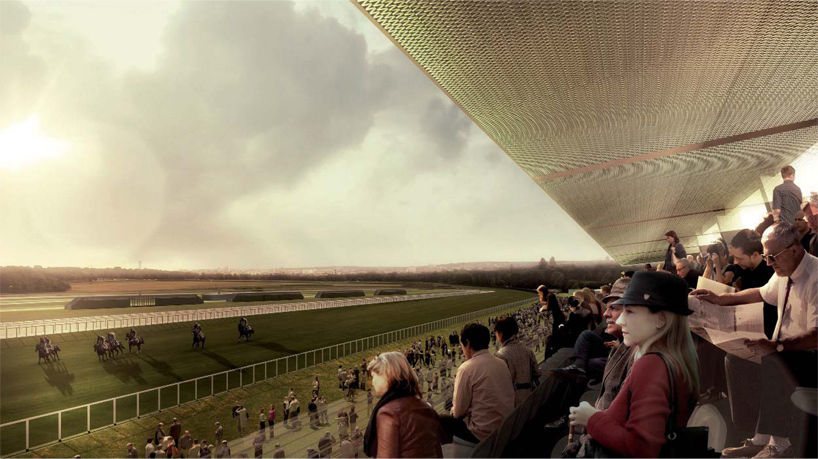 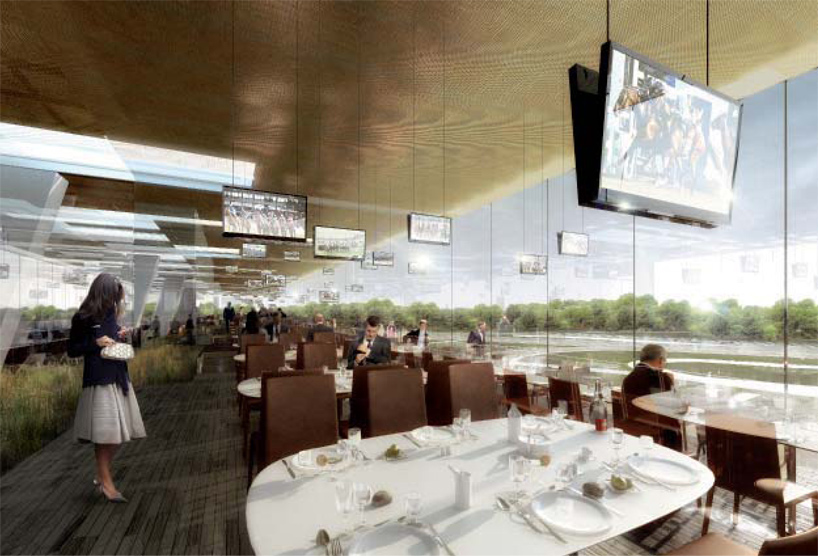 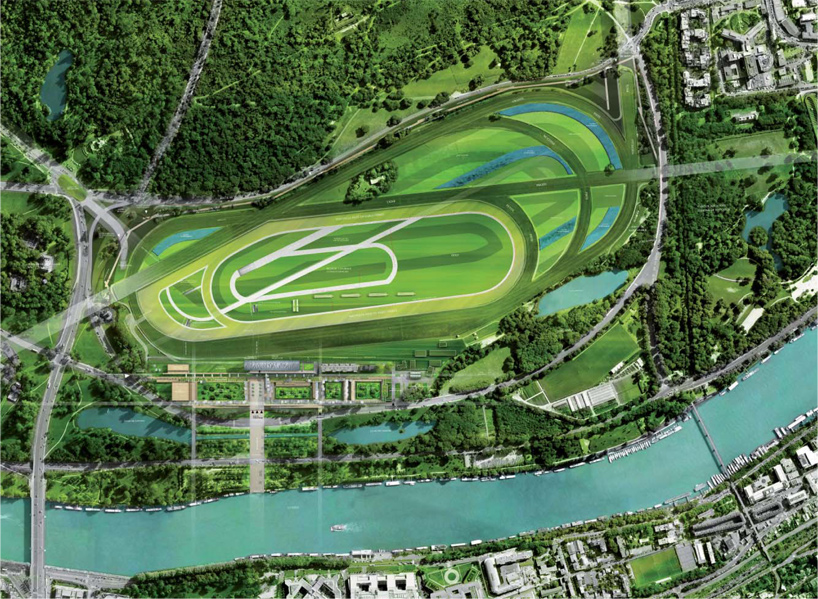 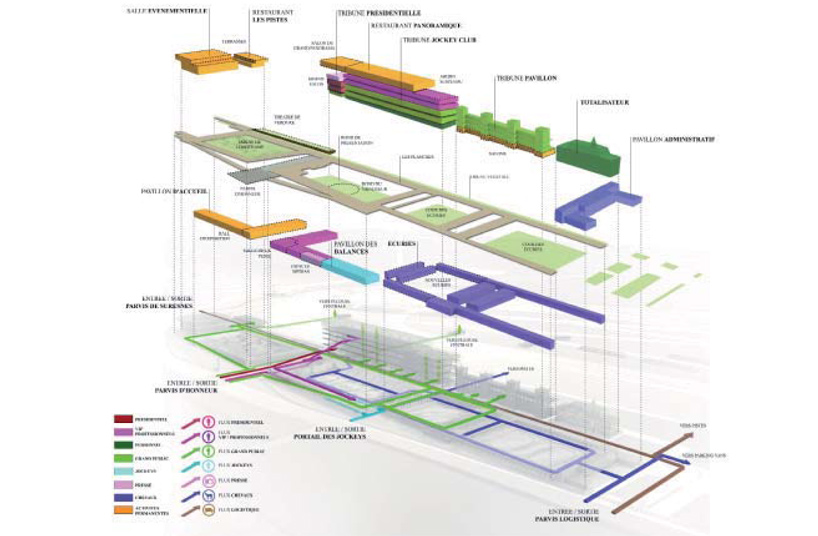 Oct 06, 2022
dialogue with OPEN architecture: balancing the radical and poetic
designboom spoke with the founders of OPEN architecture to learn about the philosophies which drive their work.
architecture
0 shares
connections: +1760