french architect dominique perrault and president of the ‘centre de monuments nationaux’ philippe bélaval aim to revive paris’ île de la cité, a monument-island whose population has been dwindling for decades. over the course of the 19th century, as residential buildings and activities were replaced by major public institutions, the island gradually turned into an administrative hub. today, the partial relocation of paris’s court of justice, police headquarters and oldest hospital hôtel-dieu, into other areas of the city, leaves room for a repurposing of the buildings. the entire project is currently exhibited at the conciergerie museum in paris. 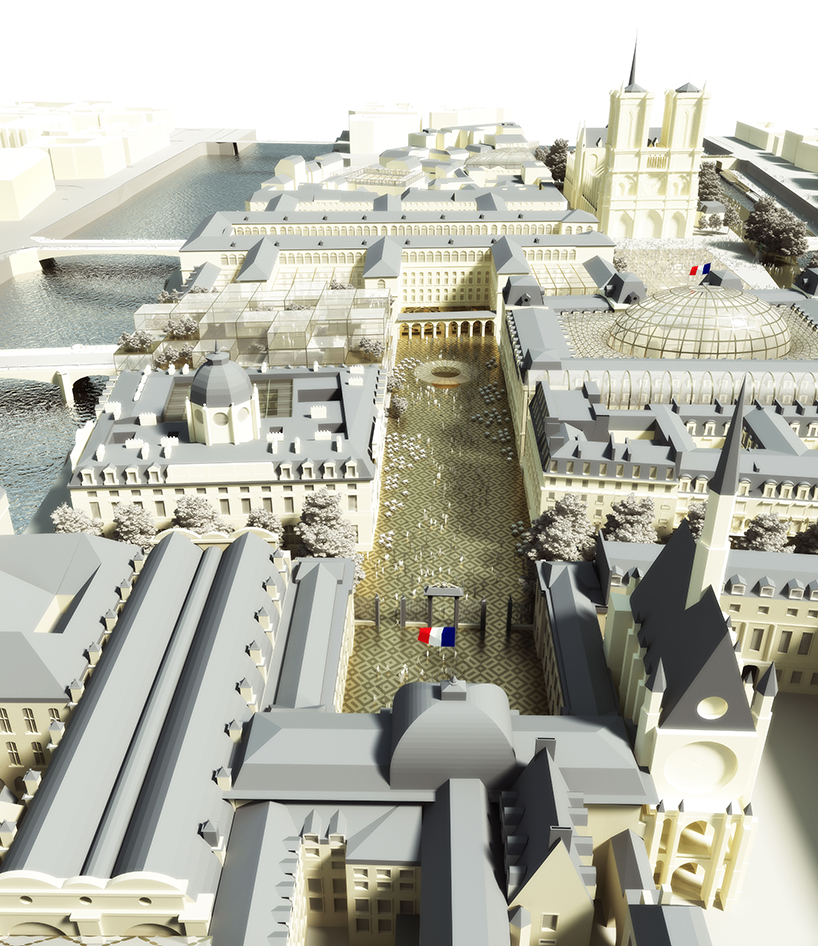 initiated by mission île de la cité – le cœur du cœur, perrault and bélaval’s project suggests a new future, over the next 25 years, for île de la cité located in the heart of paris. with this new study, the island would enter a historical era — with its last urban renovation led by baron haussmann in the 19th century. imagined together or individually, 35 proposed interventions are designed to reveal its monuments, diversify its uses, highlight its institutions and reclaim its public spaces. these intend to foster a comprehensive architectural, political and economic reflection on the future of the island, which will associate all public and private stakeholders, starting with offices of the public administrations located on île de la cité. 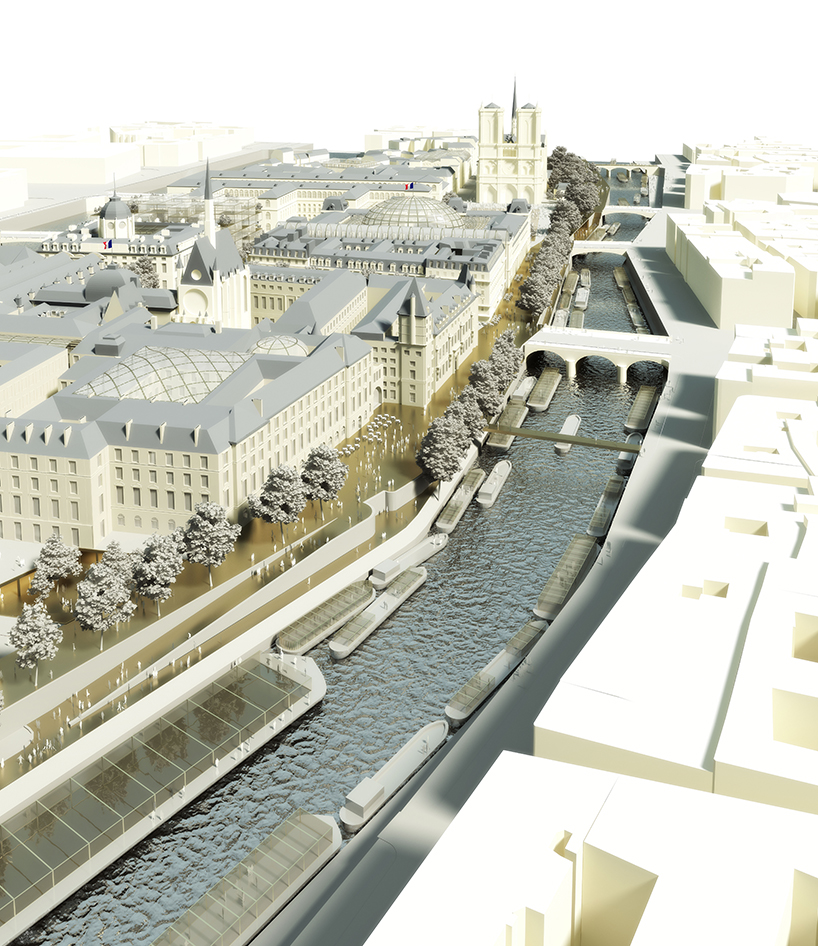 an exhibition, currently on display at the conciergerie museum in paris, illustrates the vision, its content and form. the set design resorts to the vocabulary of contemporary art installations – modernity, simplicity, luminosity and efficiency – to transform the gothic hall of the museum without touching it. such is the spirit of île de la cité, to metamorphose the island without denaturing its cultural heritage. the exhibition consists of 20 large backlit panels, presenting the mission, its objectives and the proposals. visitors will be immersed, through maps, projections and videos, in what might be the island by 2040. 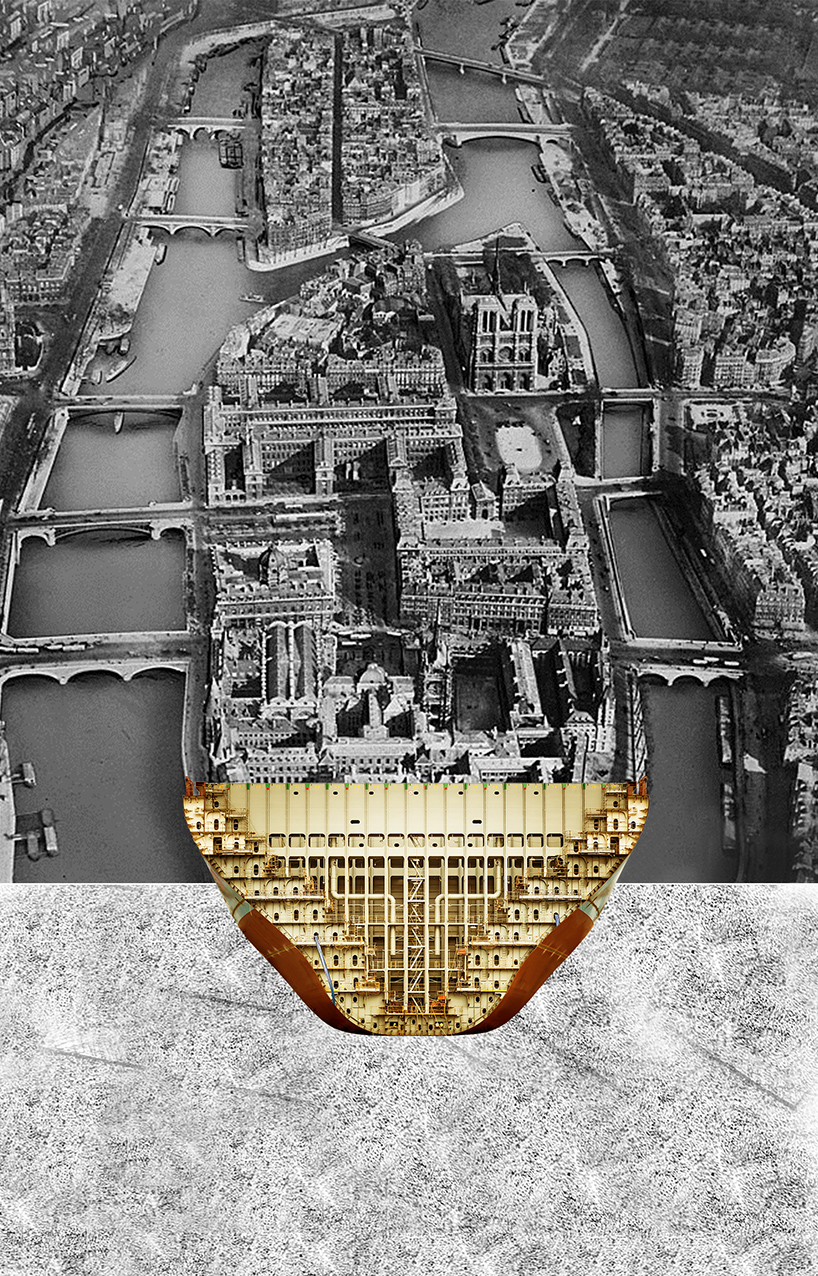 among the proposals developed are the central lutèce piazza, the reunification of the sainte-chapelle and the conciergerie, the landscaped promenade at the south of the island, the glass flooring for notre-dame piazza, the covered courtyards or the renovation of the flower market. ‘mission île de la cité’ will be the subject of a new book scheduled for publication in the fall of 2017, which will narrate the history, development and vision of the 2040 proposal. 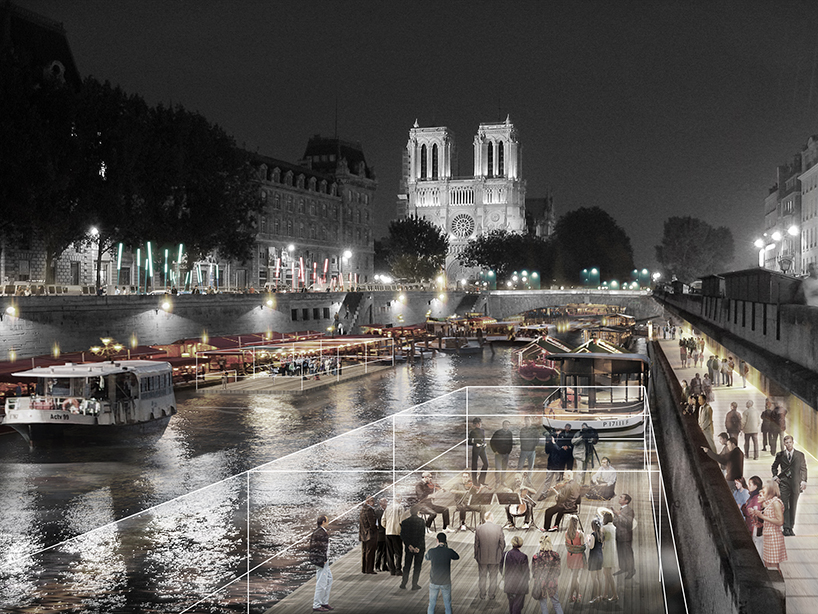 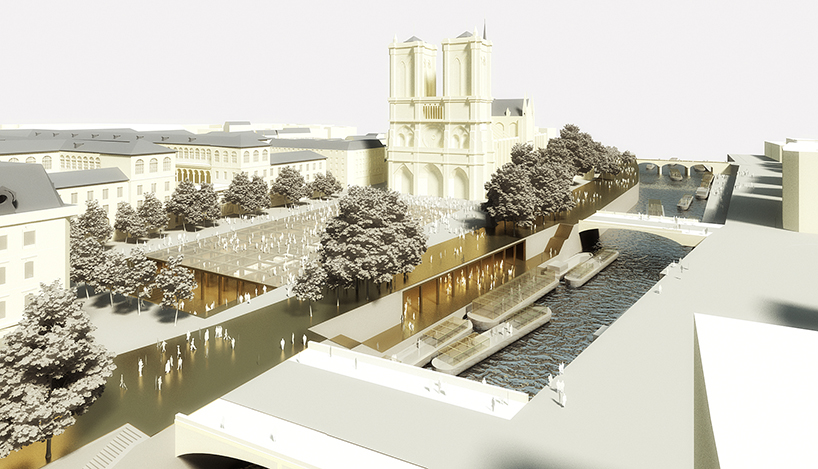 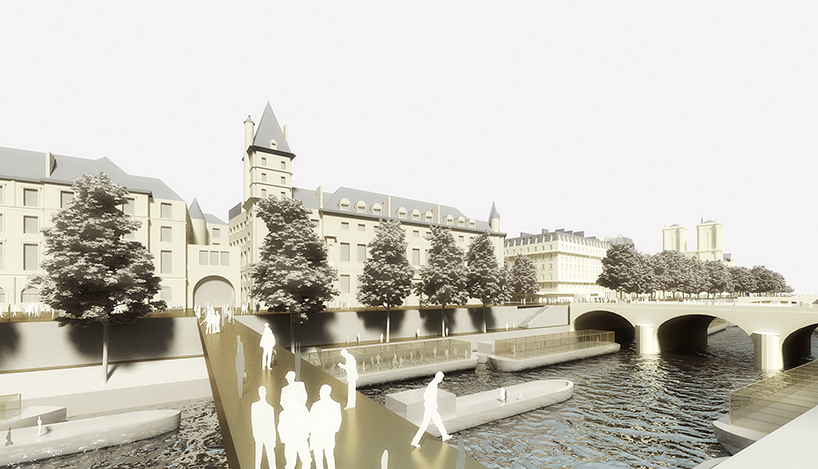 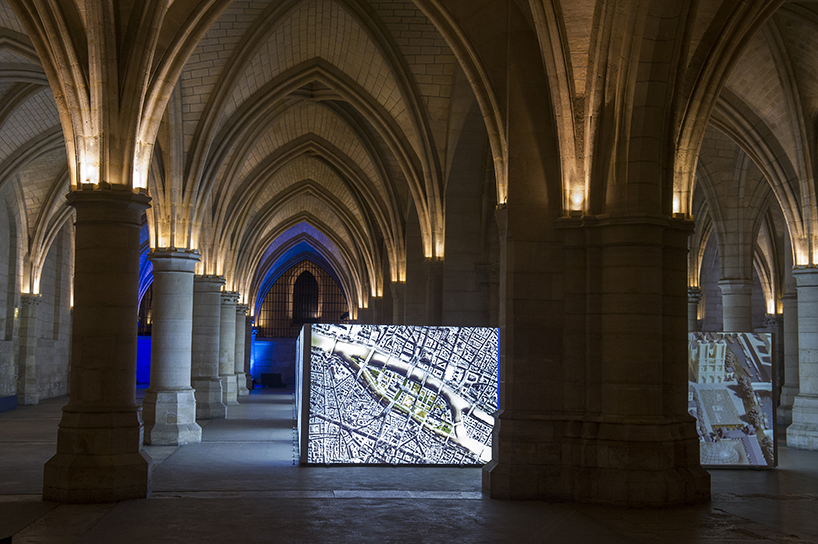 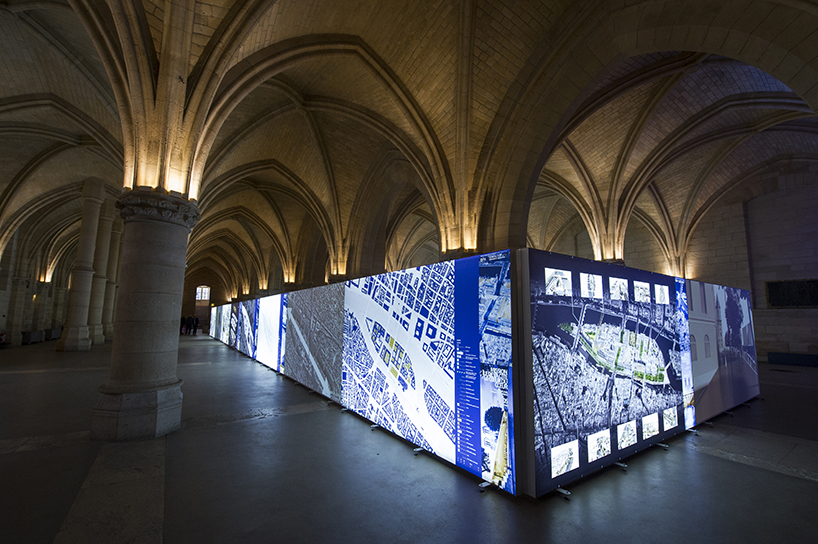 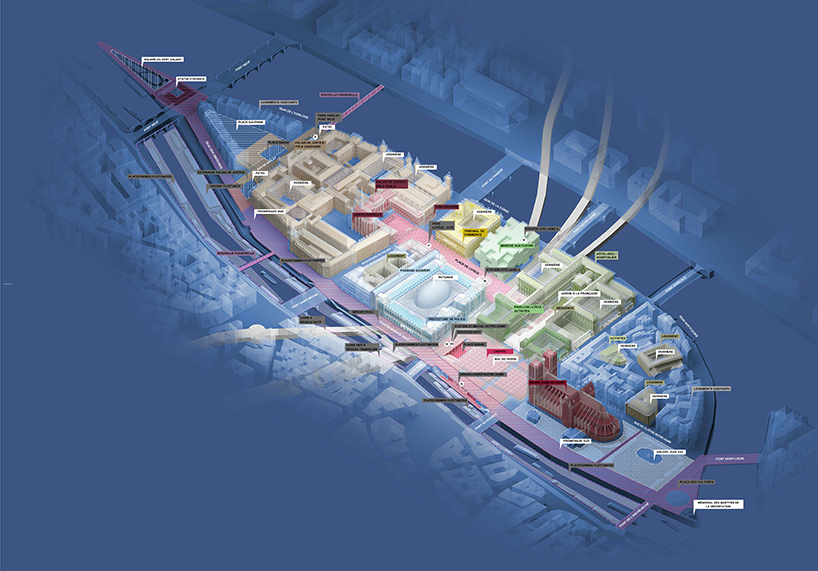 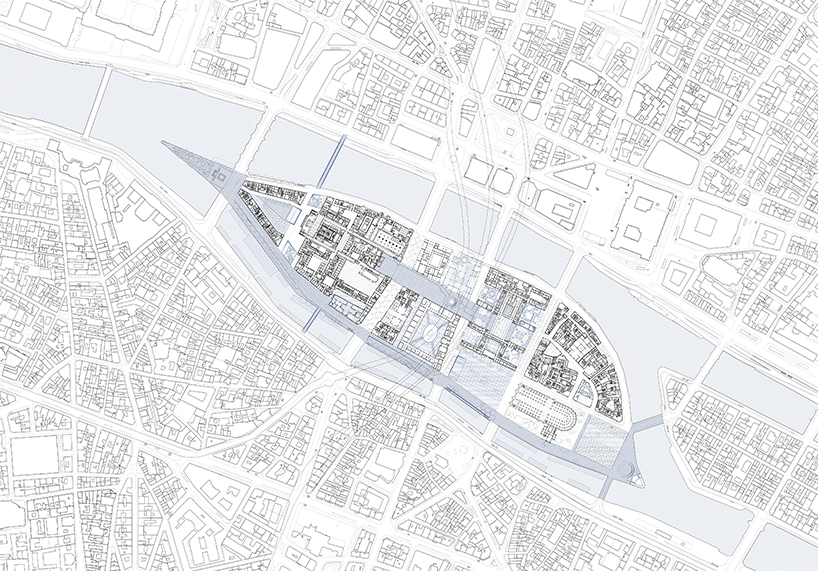