donuimun was once the main gate to the city of seoul, however over the last century the rapid growth and expansion of the city has erased almost all memory of this area. korean architecture studio mass studies, has proposed a small intervention that is part of doniumun’s ‘historical memory and restoration into public consensus’ efforts. their project proposal is to recreate doniumun as a symbol rather than a form. they have designed this small-scale public space that could house a number of cultural events creating a personal space in the middle of the continual traffic all around. this restores it as a ‘spatial gateway’ using simple materials of concrete and plantings and creating walking flow all around it. 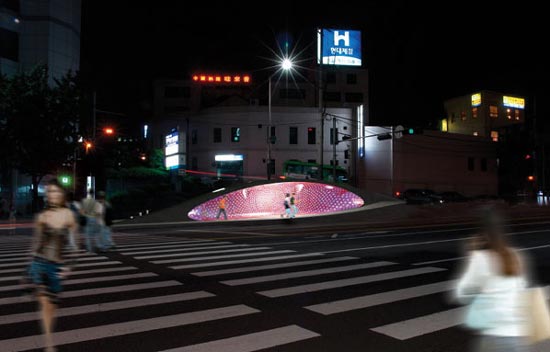 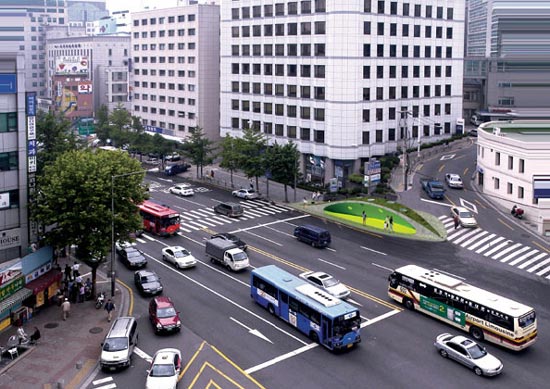 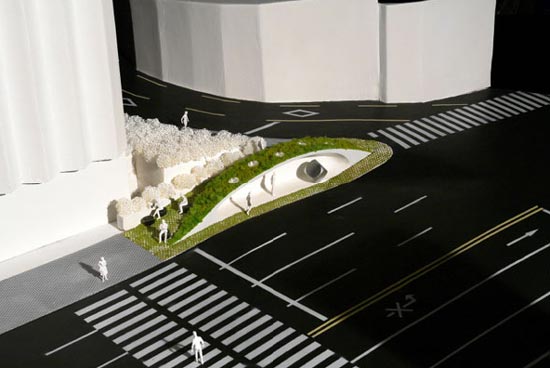 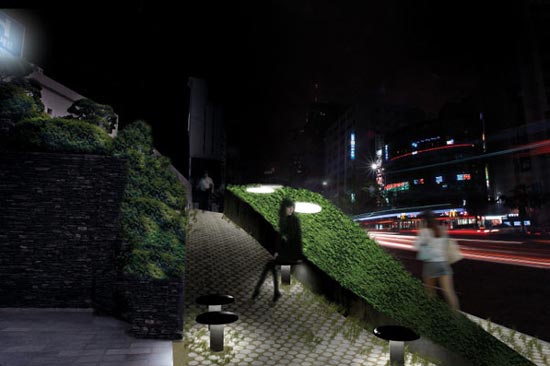 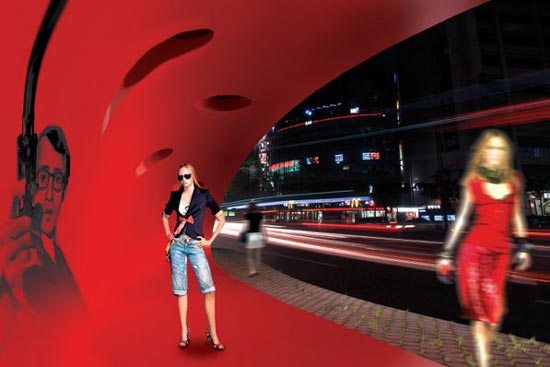