a petition has been launched to request the inclusion of doriana fuksas as an equal recipient of a lifetime achievement award given to her husband massimiliano fuksas. the appeal is being led by architects louise braverman, caroline james, and francesca perani on behalf of italian activists RebelArchitette and VOW architects. many supporters have already signed the petition, including massimiliano fuksas, denise scott brown, rem koolhaas, paola antonelli, beatriz colomina, gisue hariri, toshiko mori, and bjarke ingels. 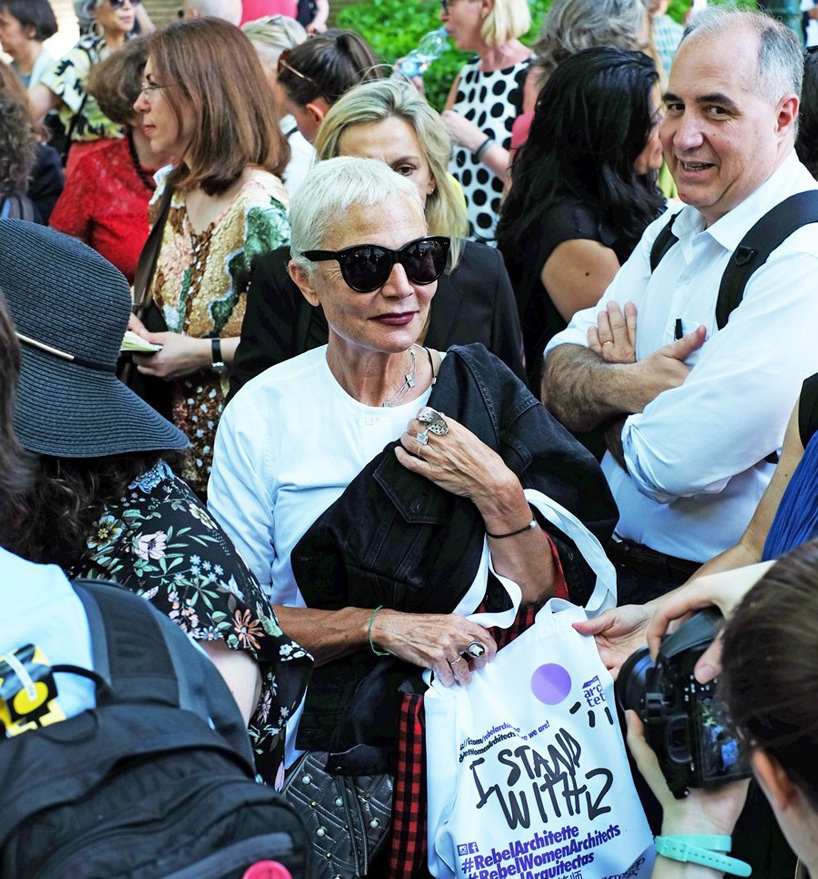 the award was given to massimiliano fuksas by the rome-based istituto nazionale di architettura (INARCH). ‘it’s unfortunate that INARCH did not include doriana fuksas as equal partner in their lifetime achievement award,’ says the petition’s organizers. having worked in partnership since 1985, doriana and massimiliano fuksas have offices in rome, paris, and shenzhen. the duo’s major projects include terminal 3 at the shenzhen bao’an international airport and the rome-EUR convention center and hotel.

‘when we read last week in the news that massimiliano fuksas has received the premio alla carriera architettura, we were stunned that the prize did not include doriana fuksas. doriana and massimiliano are equal partners,’ the petition reads. ‘it’s important to correct the record now so that young architects can look up to their incredible work and know the whole story — that the work is strong because of joint creativity and collaboration.’

RebelArchitette and VOW architects invite people to read and add their names to the petition letter here.

in response, amedeo schiattarella, the president of the istituto nazionale di architettura’s lazio regional branch, told the architects’ journal that the award recognized massimiliano’s career, which started 15 years before he began working with doriana. ‘the story is always a personal story. yes the architecture is done by both of them now, and at this moment doriana has a stronger role than massimiliano in working on the architecture, but the career of a person is not the career of an office. the need for an equal treatment for men and women is absolutely correct. I am afraid of what happens in the world of architecture — there are few women architects and few opportunities for women. but we are not speaking of something I can share, I cannot give a prize to massimiliano and doriana if he started 15 years earlier. it’s another story, another career, but at the moment their careers have become the same one.’