‘pavilion’ at the tate liverpool’ by david adjaye, liverpool, UK all images courtesy of adjaye associates

designed by british architect david adjaye of adjaye associates, a pavilion for the tate liverpool will contain ‘sky arts ignition series: doug aitken – the source’ by new york artist doug aitken, marking his first public installation in the UK. the temporary structure will stand within mermaid court, positioned adjacent to the largest collection of grade 1 listed buildings in england. selecting a venue as a separate entity from traditional galleries drives the museum’s intention to create a cultural destination. the 14.2 diameter circular footprint will be capped with a sloping roof, ranging from 2.8 to 4.8 meters in height. a combination of corrugated acrylic and bitumen panels enclose the wood framing. forming a gallery during the day, the perimeter walls will display a projection of aitken’s work at night, similar to the artist’s recent project at washington DC’s hirshhorn museum, ‘SONG 1‘. 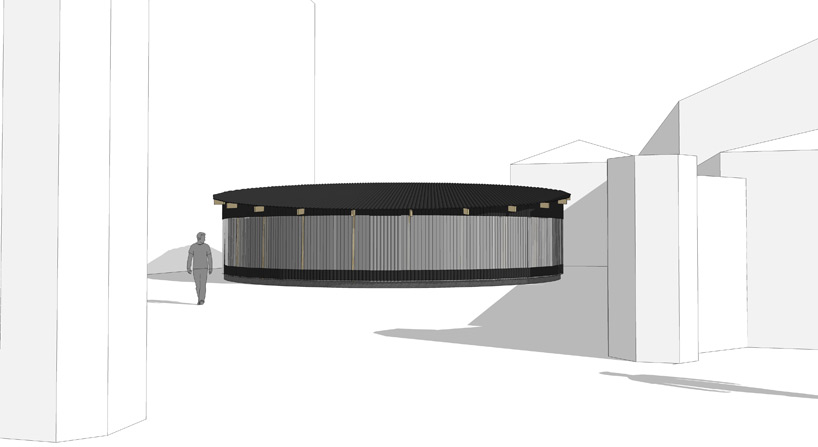 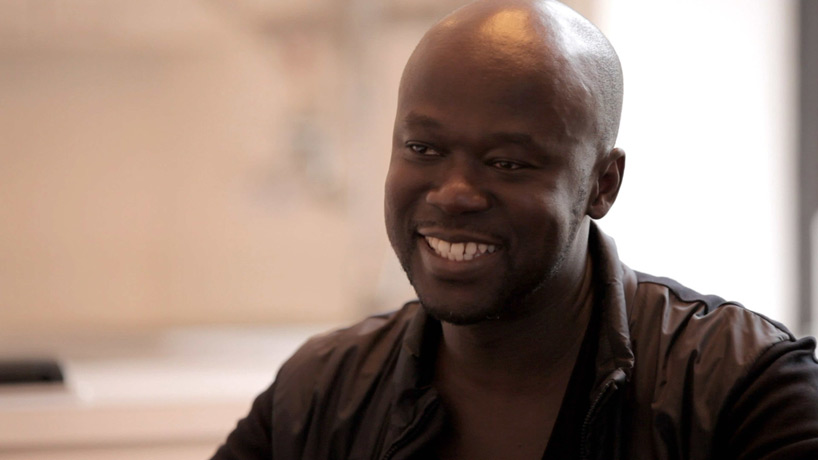 ‘this project is about the roots of creativity. many of the people in this project are working in very diverse mediums and it’s that common thread that I’m interested in. the project is very much about the empowerment of the viewer. I want the installation at tate liverpool to be a destination: a place that one can go to and walk into this field of ideas. it will be a celebration of the power of the individual and the forging of a borderless new creative territory – I’m incredibly excited.’ – doug aitken 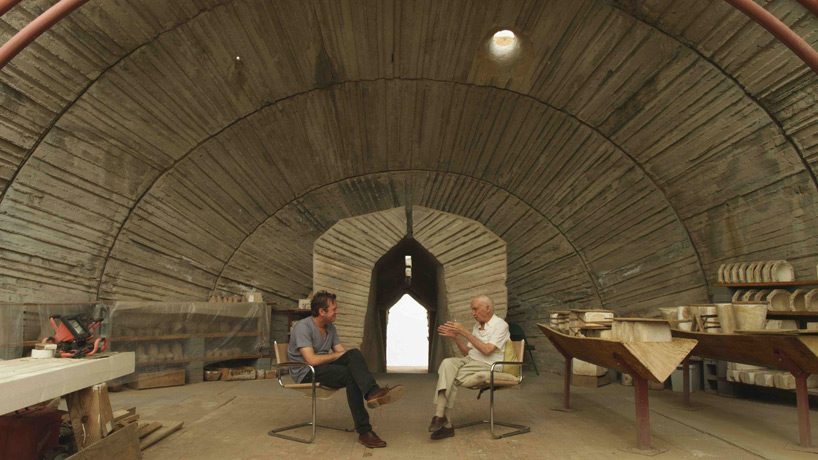 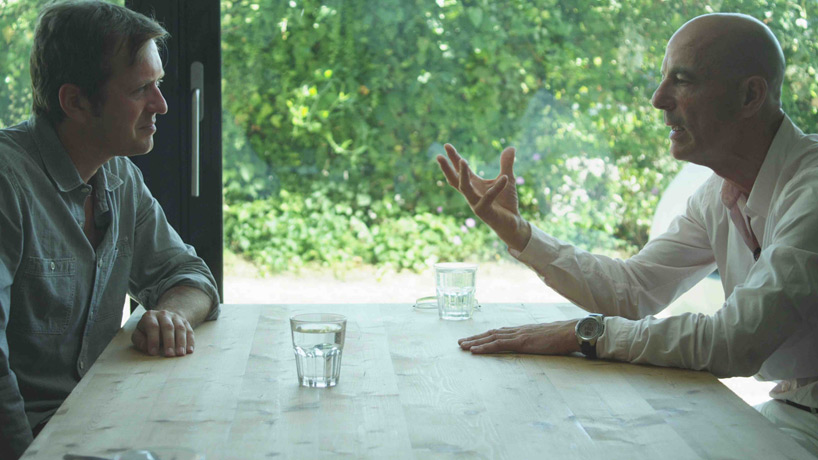 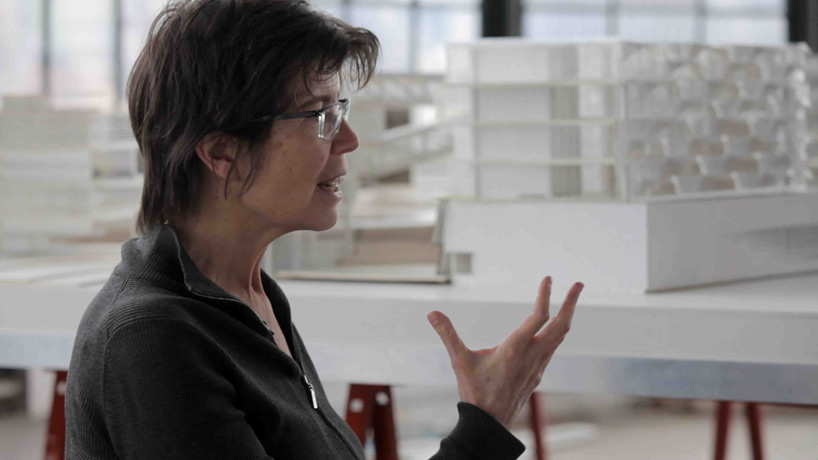