london-based practice dow jones architects has remodeled the home of a family and their studio annex in bath, UK. the project involved the extensive refurbishment and re-cladding of an existing building to improve both the appearance and thermal efficiencies of the 1980s dwelling.

the existing structure was completely gutted, stripping the residence back to its core before new apertures were created in the internal and external walls. the interior was reorganized with clearer connections between spaces, while doors, windows and rooflights better addressed surrounding views and the passage of the sun. this arrangement establishes a more coherent relationship with both the garden and the valley beyond. 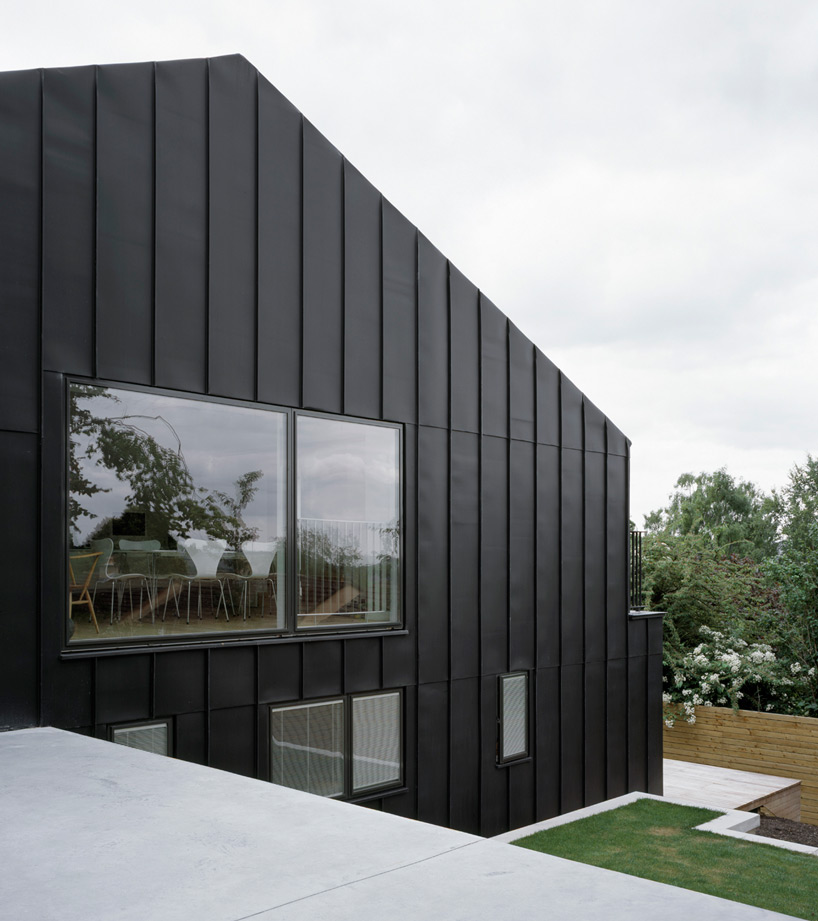 as the original house suffered from poor environmental performance, the remodeling involved heavily insulating the dwelling and wrapping it entirely in chocolate brown zinc. terraces around the property allow thresholds between the house and garden, with a additional studio and garage building built alongside. 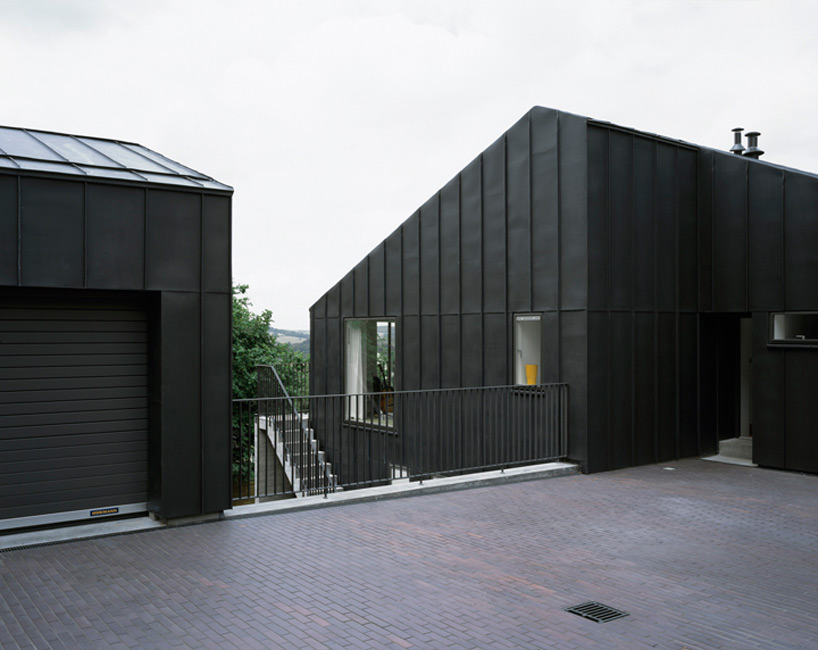 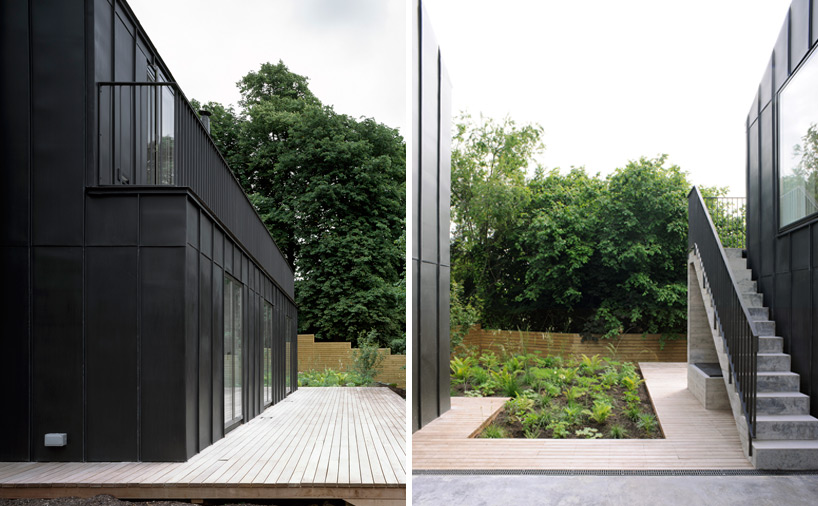 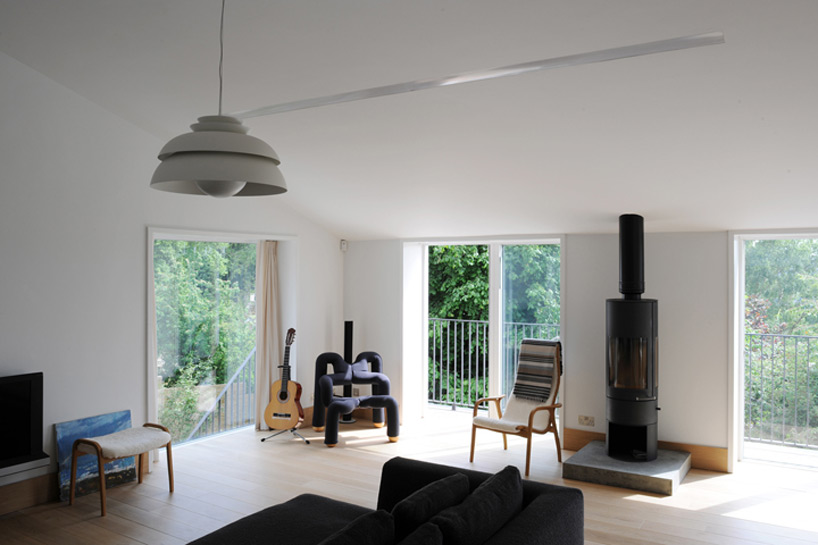 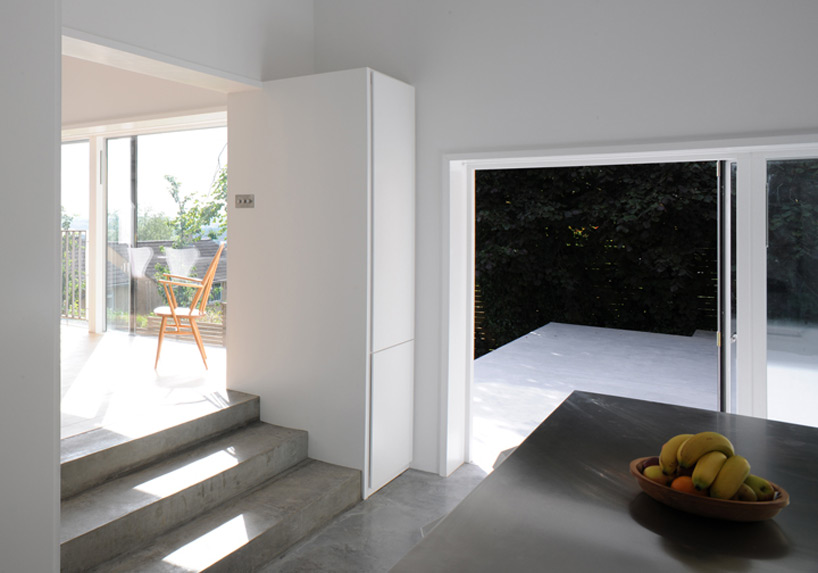 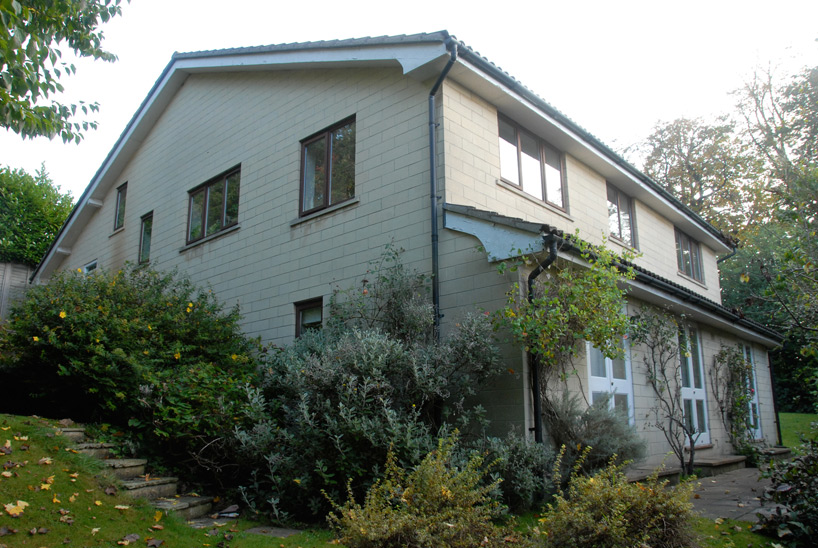 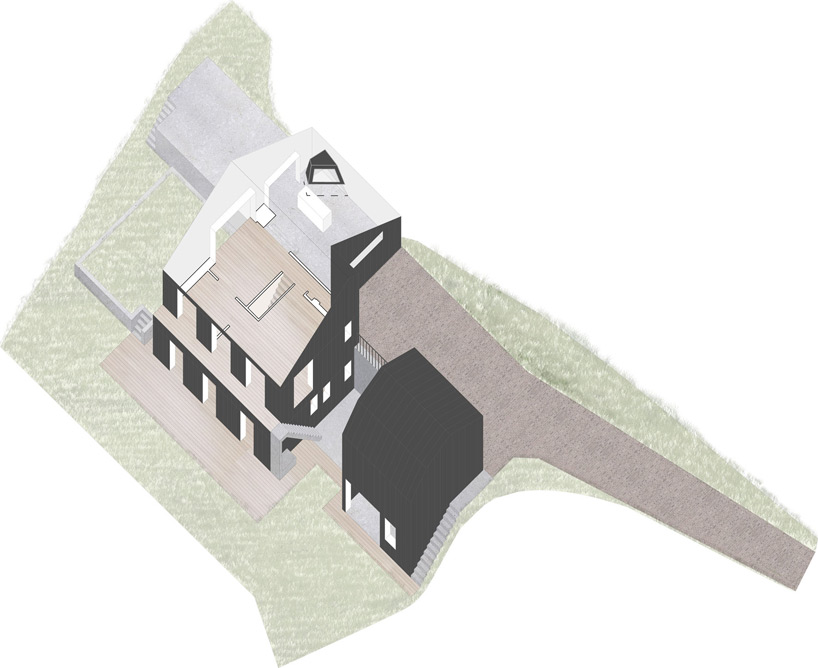 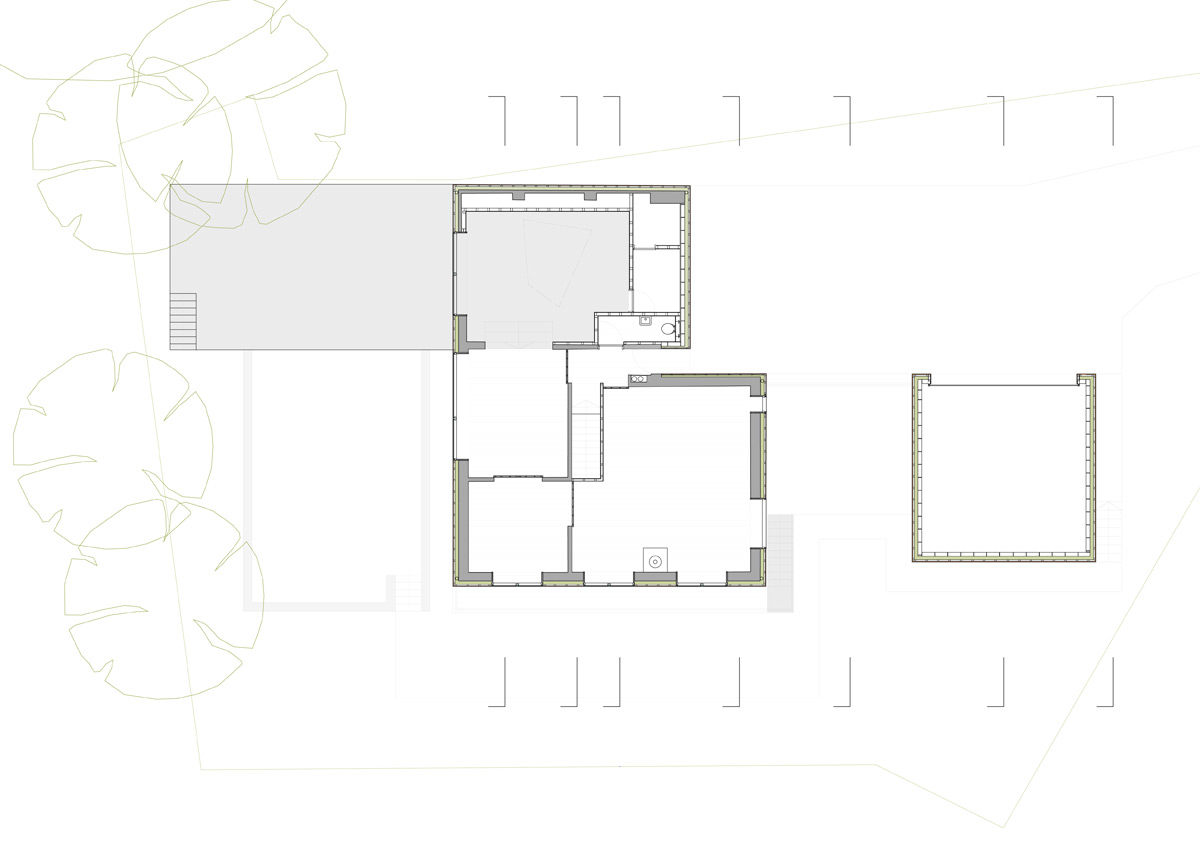 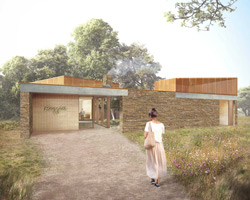