HOK’s toronto office has unveiled a drone-powered hotel concept. named ‘driftscape’, the scheme has been conceived as a way to provide a fully immersive, significantly-heightened guest experience. inspired by ‘the fundamental human urge to wander’, the project is a mobile, self-sustaining hotel that, through the use of drone-technology, allows guests to touch down in a diverse range of locations unattainable to traditional hotels. 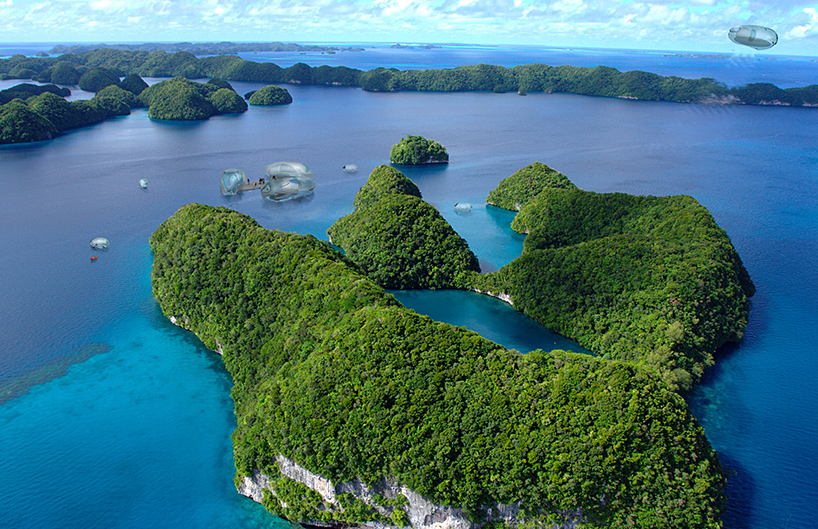 the toronto office of global architecture firm HOK was granted the 2016 radical innovation award for the project, which challenges the hotel industry to elevate guest experience by calling for new ideas in design and operations. driftscape hotels are comprised of modular units: the ‘driftcraft’, an autonomous guestroom pod; and the ‘oasis’, the amenity and service base. 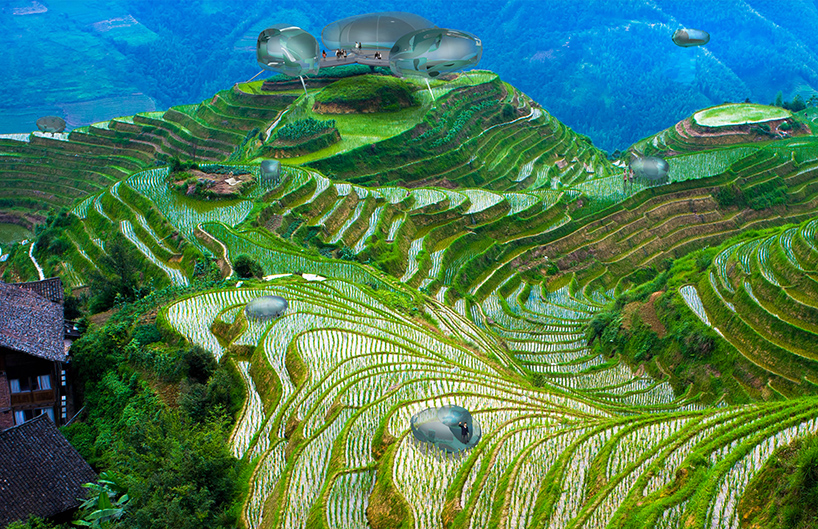 each ‘driftcraft’ is designed to accommodate two guests, and support untethered excursions of 2-3 days before returning to the oasis to be restocked with necessary amenities. ‘driftscape meets growing market demand for authentic, immersive experiences with a concept that is entirely new and original,’ says john hardy, CEO of the john hardy group and founder of radical innovation. ‘the audience was won over not only by the romance of the idea, but the amount of research supporting its feasibility.’ 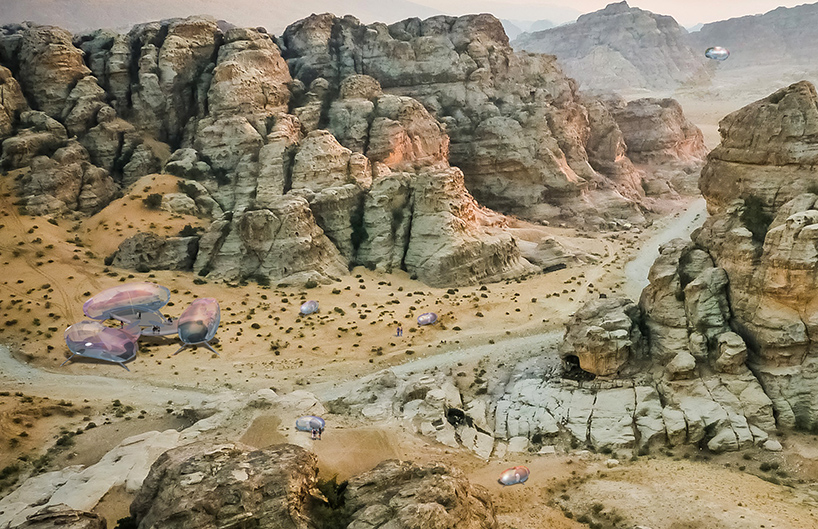 the project is inspired by the ‘fundamental human urge to wander’ 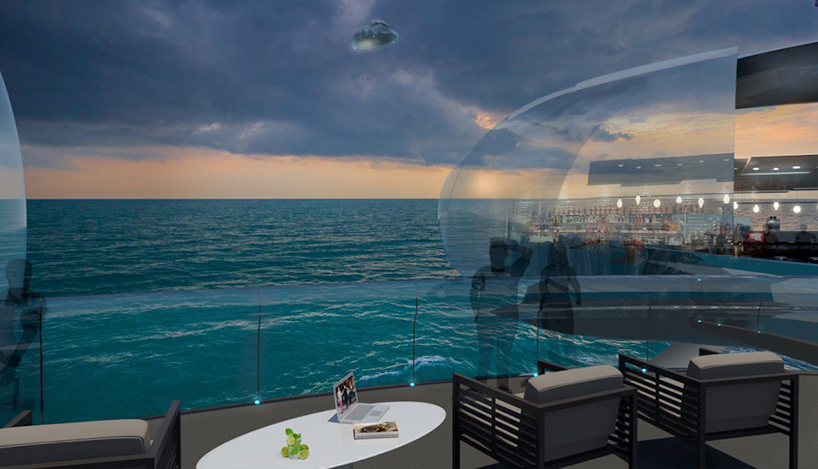 the concept allows guests to touch down in diverse locations 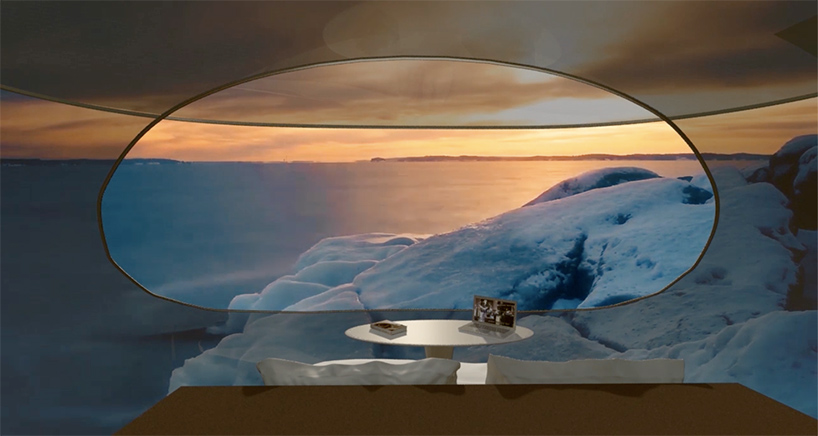 the hotel is mobile and self-sustaining 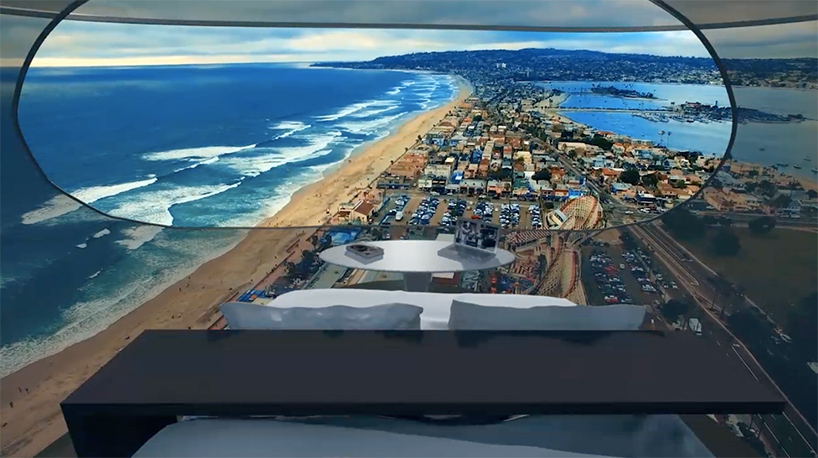 each ‘driftcraft’ is designed to accommodate two guests 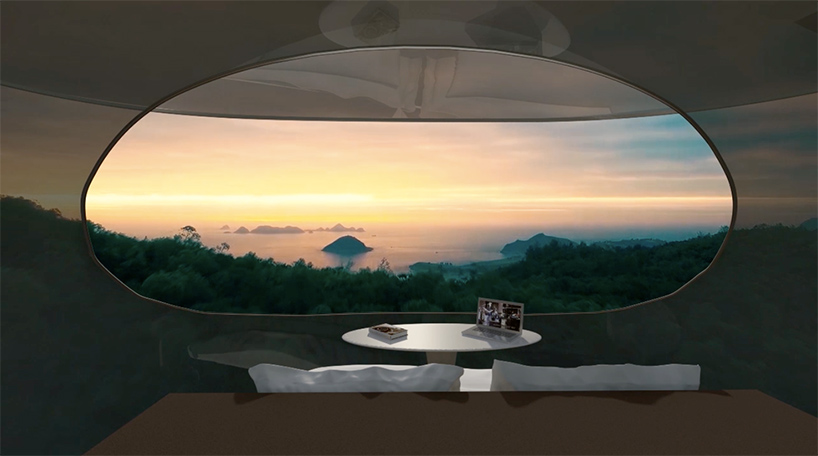 the project was granted the 2016 radical innovation award

video explaining the concept behind the scheme 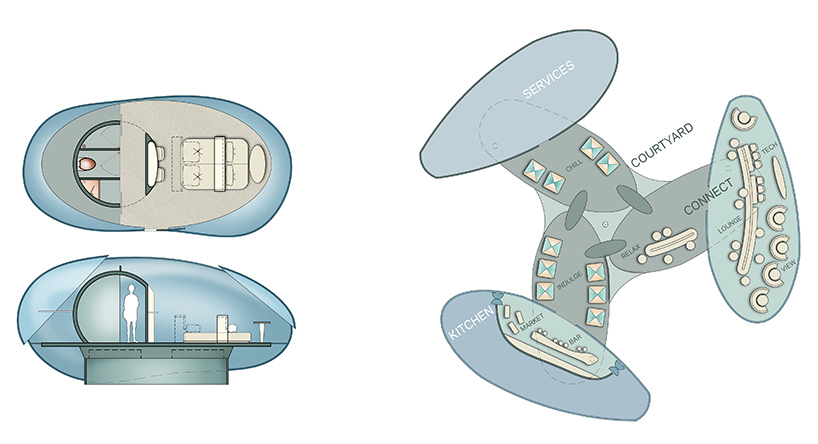