three masters students at stuttgart’s institute for computational design and construction have developed a proposal for an architectural canopy that could be reconfigured using drones. it is imagined that the canopy, which comprises modular components, could respond in real-time to the movement of the sun or other climatic conditions. titled ‘cyber physical macro materials’, the project builds upon previous building prototypes at the ICD/ITKE such as the elytra pavilion and the 2016-17 research pavilion. 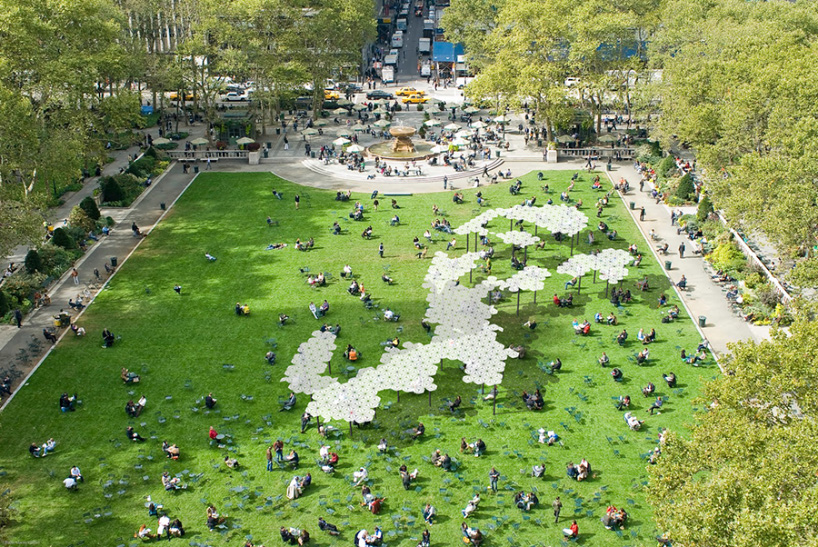 all images and video courtesy of ICD, university of stuttgart

the project was developed as an ITECH M.Sc. thesis project by ICD students, miguel aflalo, behrooz tahanzadeh, and jingcheng chen. drones are used to deploy the modules, which are each capable of communicating with the drones to facilitate their movement. the project demonstrates the potential of live robotic construction processes where an adaptable environment can be built and rebuilt almost at will. this flexibility hints at a future of construction where lethargic building processes are a thing of the past. learn more in the video at the top of this page. 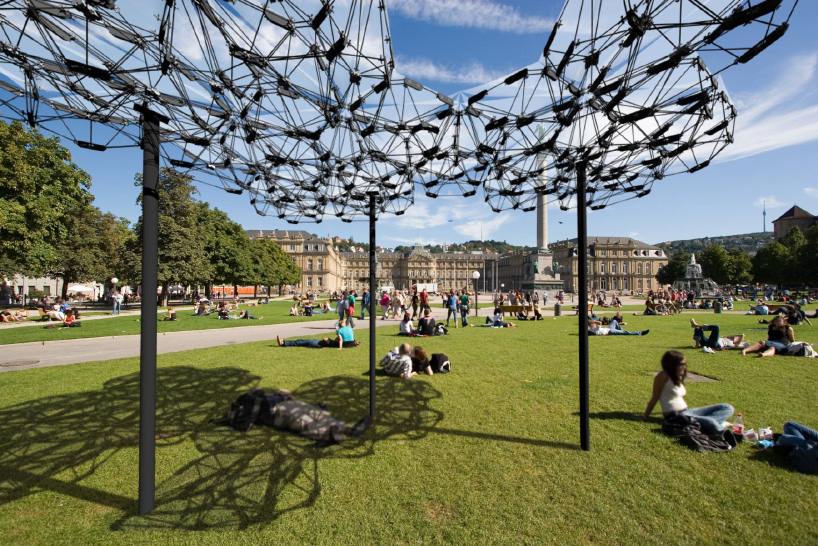 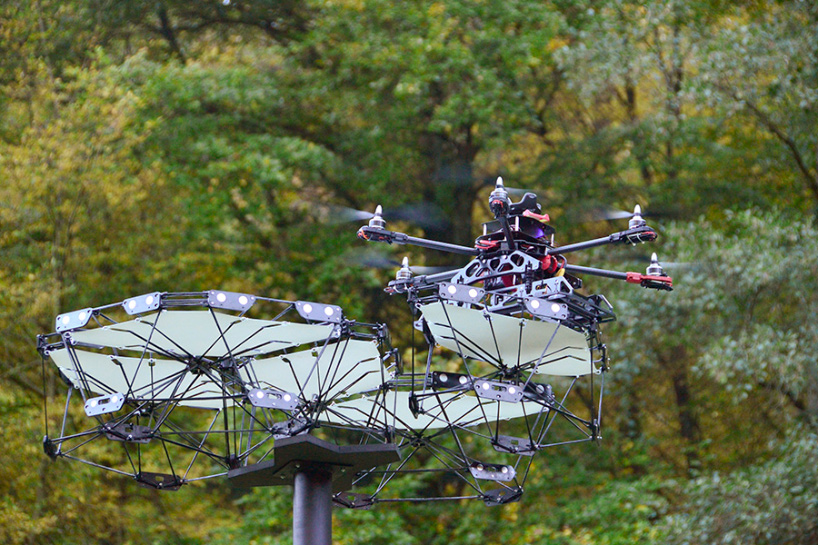 the modular components could be relocated using drones 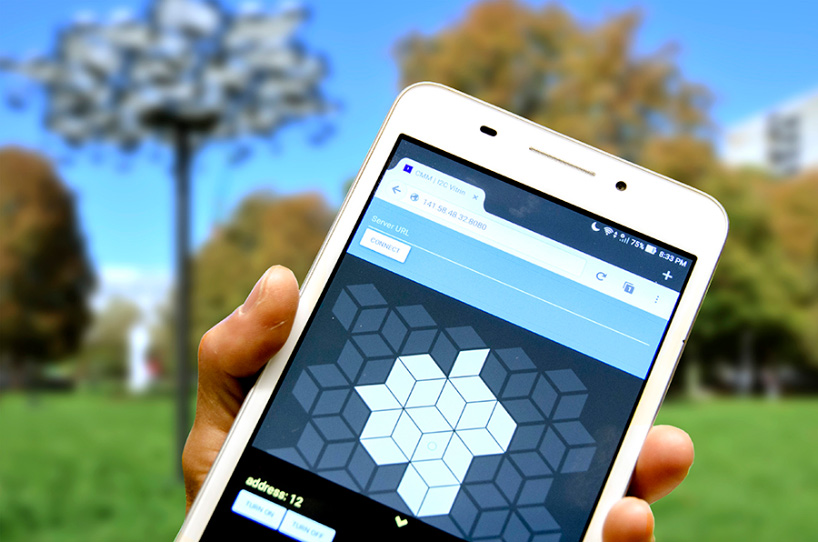 the canopy could be reconfigured using an app or mobile device 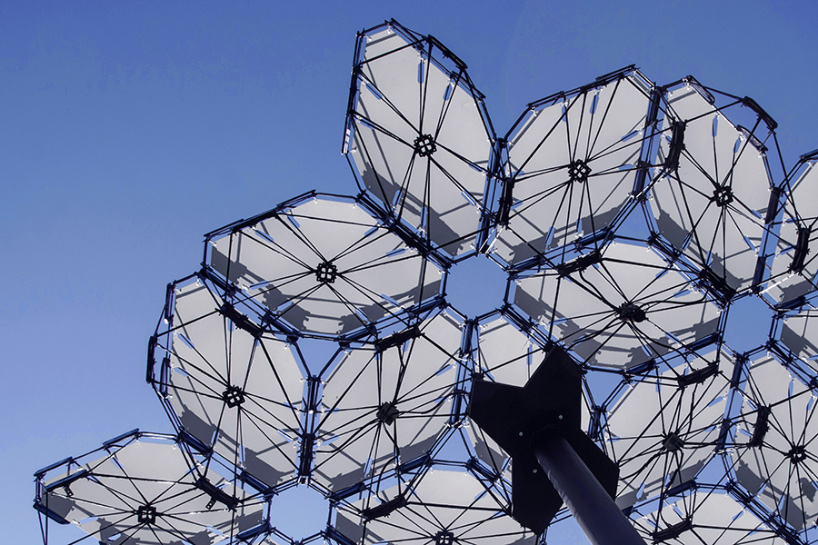 the individual modules communicate with drones to facilitate their movement 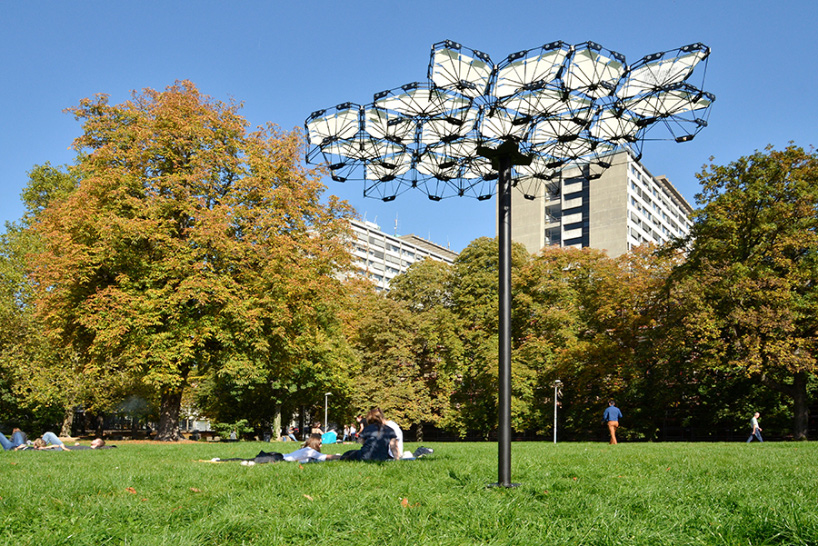 the pop-up canopies could provide shade throughout the day 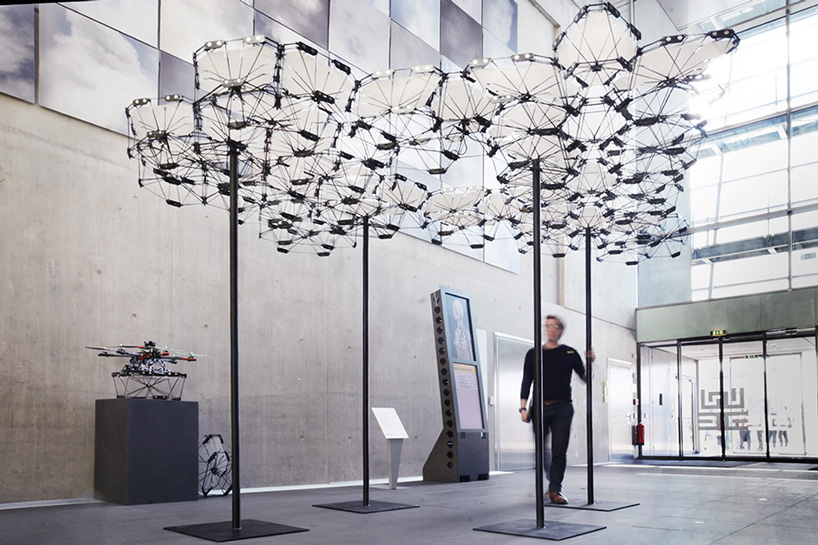 a prototype of the project has been constructed 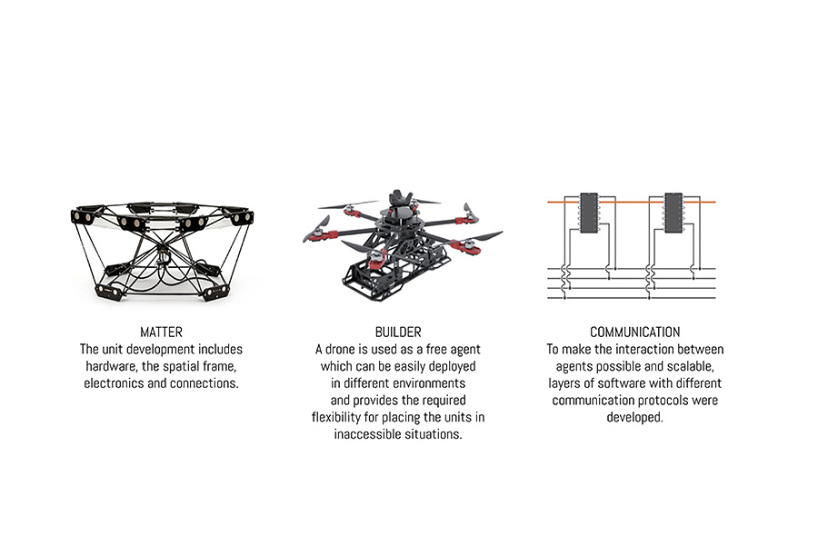 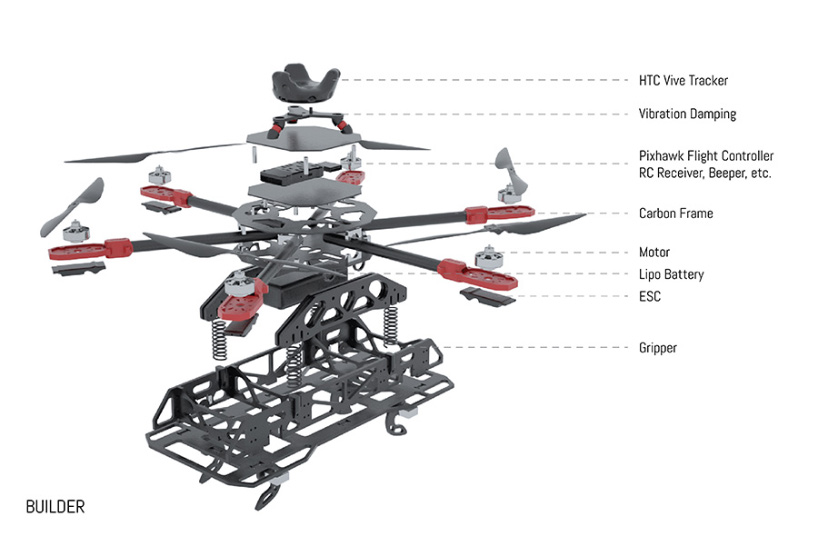 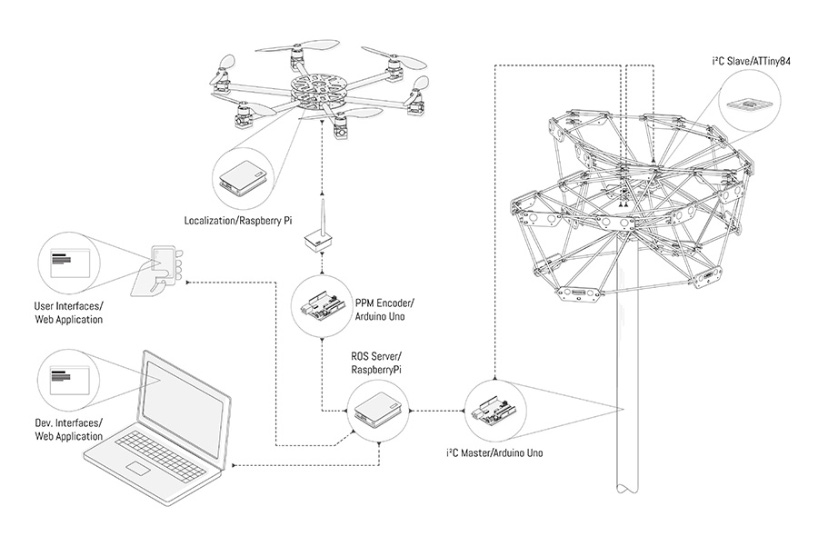 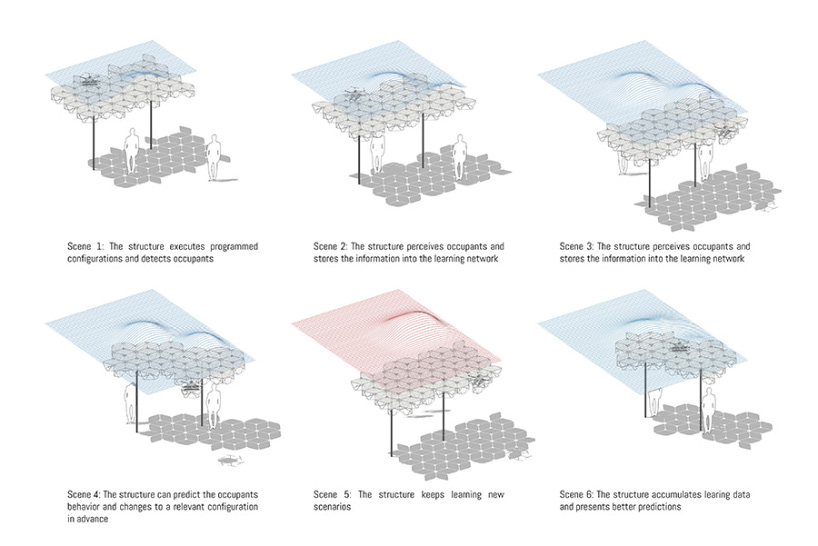