new york studio dror has presented plans for a public park in istanbul, turkey. conceived as ‘a web of possibilities’, the firm’s masterplan for ‘parkorman’ comprises a series of different zones, each with their own distinct characteristics. ‘instead of dictating one’s path through the park, visitors write their own experience,’ explains the design team. ‘numerous non-linear pathways, like calligraphy, weave through the existing woodland, surprising people with unexpected discoveries along their journey.’ 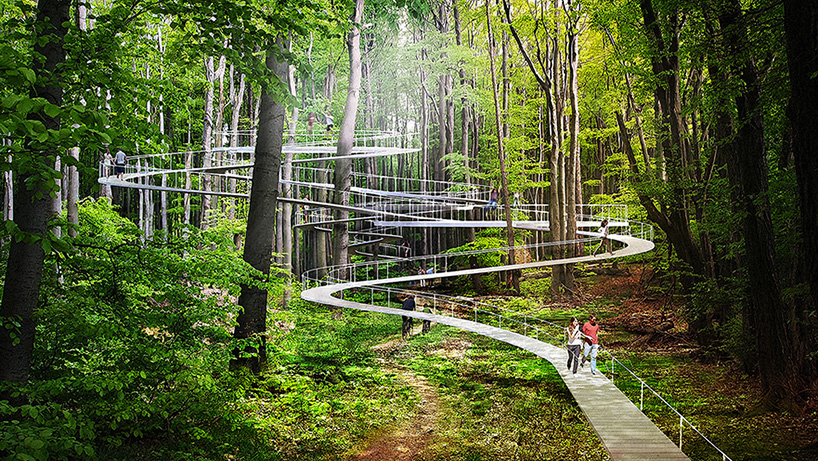 all images courtesy of dror

dror’s masterplan encompasses five separate areas: the plaza, an open space for gathering at the entrance of the park; the loop, a series of swings and hammocks that sway above the forest bed; the pool, giant ball-pits inspired by turkish spice markets; the chords, a winding, elevated footpath that forms large loops with integrated trampolines; and the grove, a maze-like trail populated with sculptures that relate to the landscape. finally, a cube-shaped fountain sends water down all four of its sides. 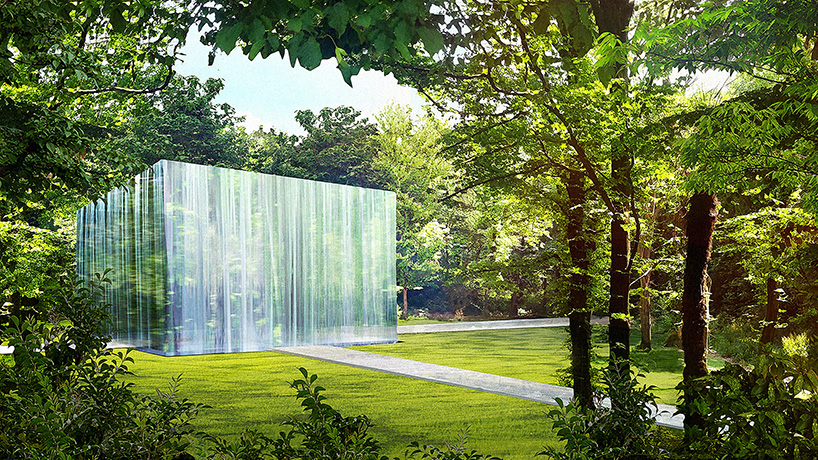 ‘existing green spaces in istanbul are few and far between,’ continues dror. ‘when considering the approach for a park located six miles north of the city center, we asked ourselves: how do we draw strangers-to-nature to this destination? we set out to create a park that dissolves the anxiety and fear that often accompanies an unfamiliar environment through a network of conditions that fosters unconditional love. we imagined the most profound experience delivered through the lightest touch; an effort that preserves the lush forest and leaves every tree in place, as mandated by the city.’ 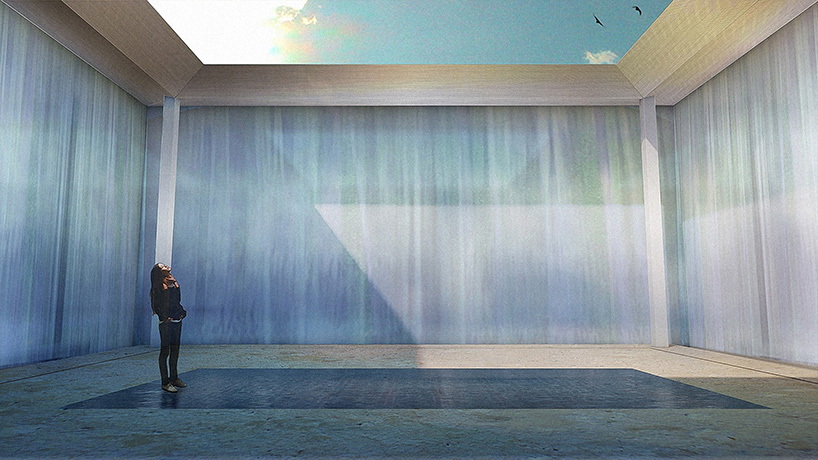 the fountain provides a place for contemplation 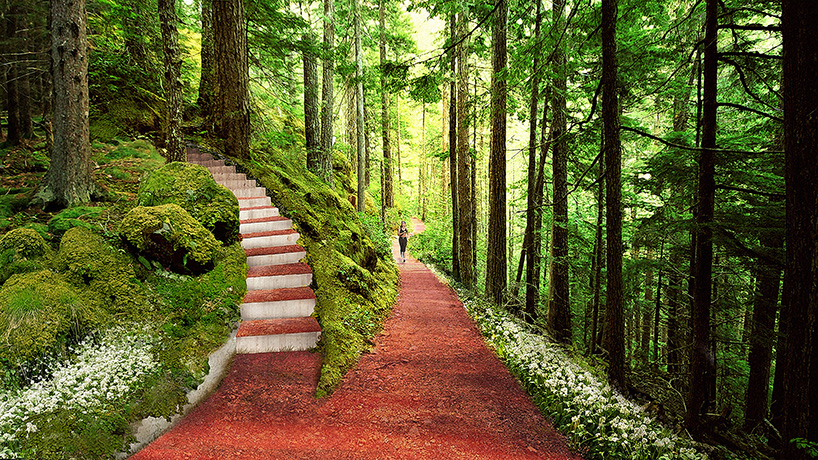 the design has been conceived as ‘a web of possibilities’ 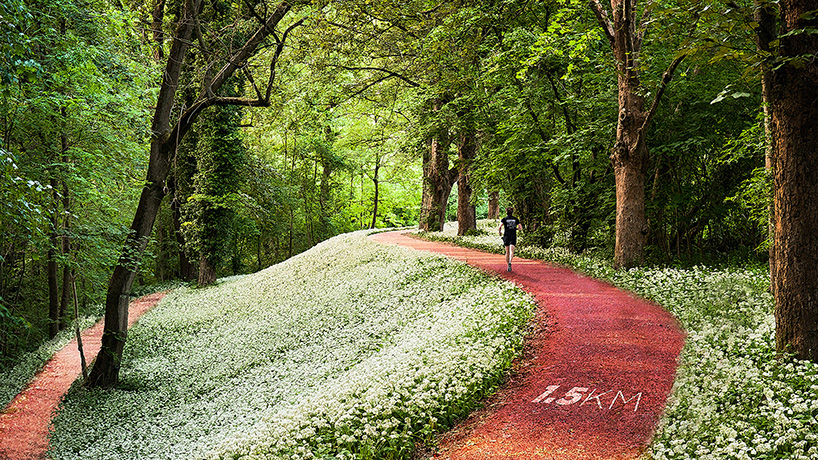 marked running paths are found throughout

each zone has its own distinctive character 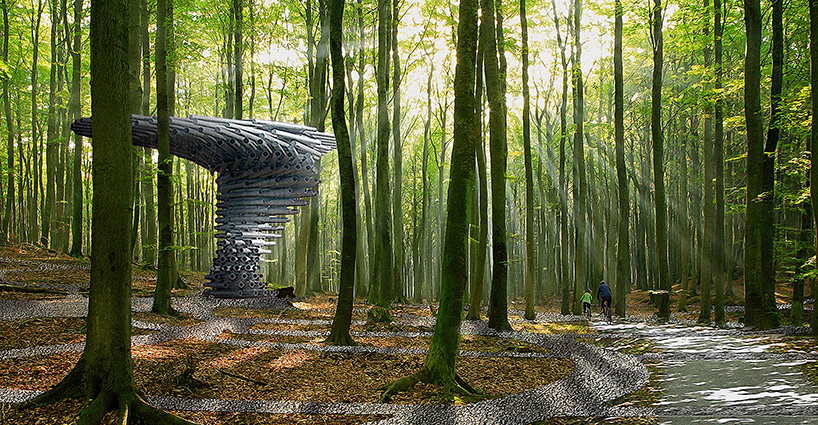 the team explains the design of the masterplan 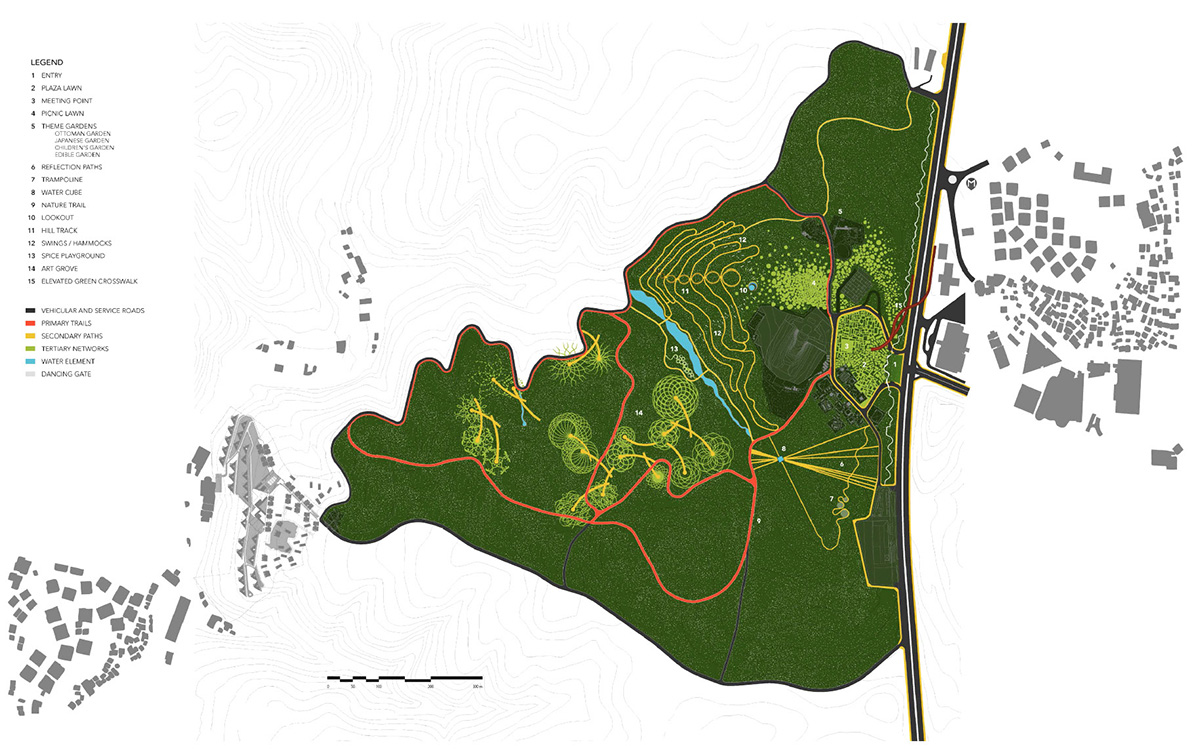 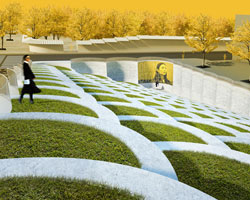