the new-york based studio dror proposed a new design for a square which was the site of the former national tax service building of seoul. part of an entry to a competition, the architectural response is based on creating an accessible public space, while being sensitive to the existing context and encouraging community spirit with a thus platform of self-expression.

called the ‘seoul share square’, the dynamic proposal articulates around a physical and virtual plaza that serves as a platform for sharing ideas. the interesting form stands out among among the city’s urban fabric- bringing people from different industries, cultures and ages. visualized as a rising, tiered and layered surface, the grass-covered disks facilities as a recording stage. allowing the public to climb to their chosen height, the lifted stepped layout reflects a theater-style seating and provides unobstructed views. 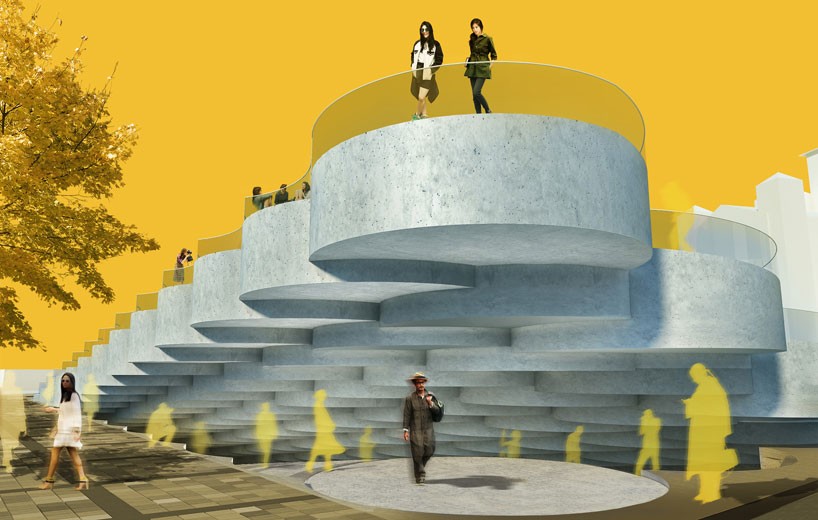 acting as a amphitheater and recording studio, the underside reveals seamless connections to public transportation 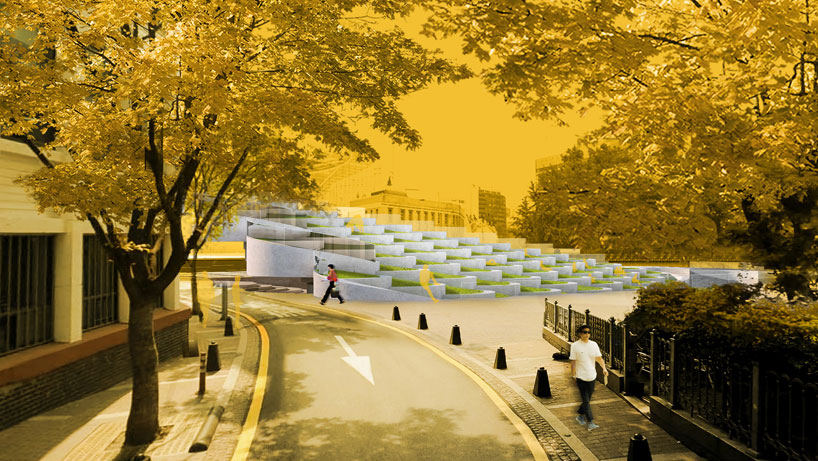 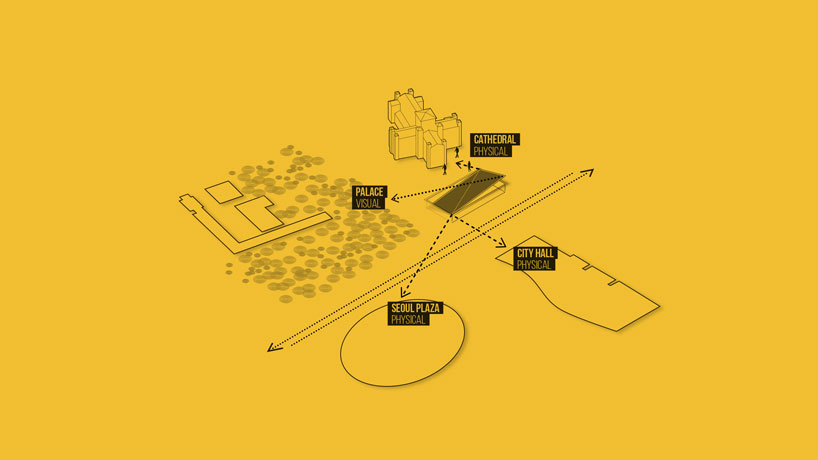 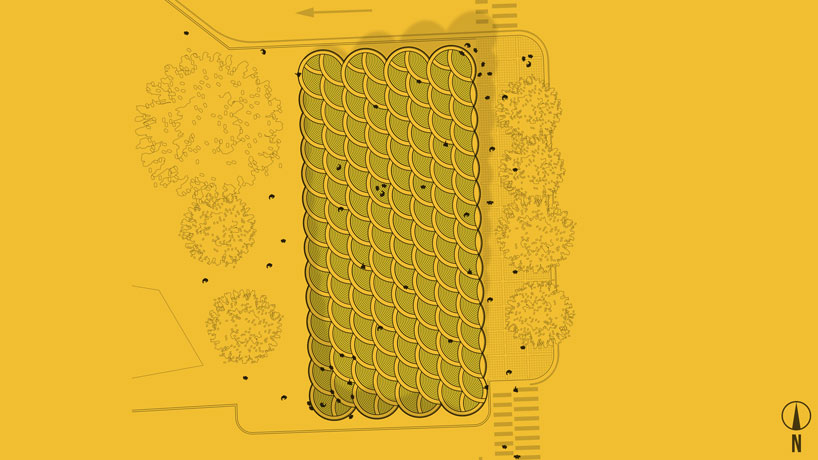 a distinctive layered platform would occupy the square 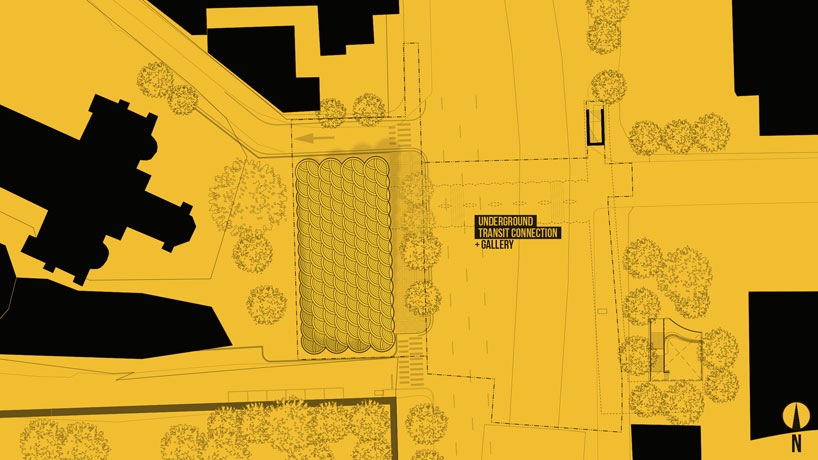 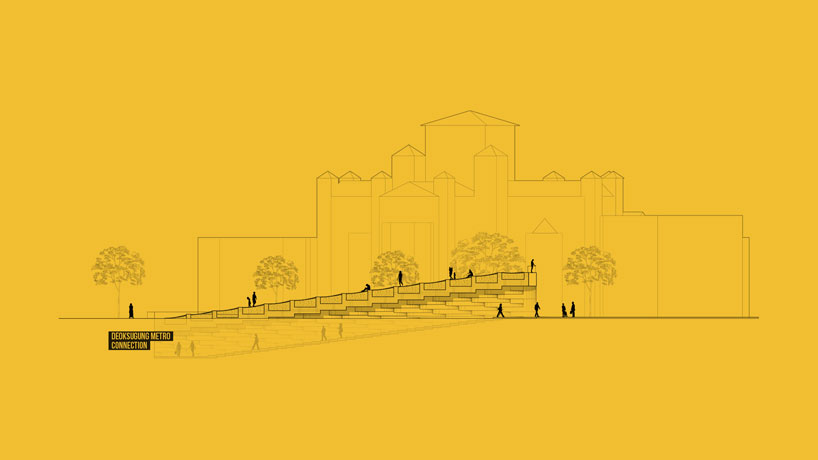