after having topped out in late september 2014, construction on the ‘columbia medical + graduate education building’ has moved into initial cladding work, with the first length of glazing installed on the west façade. the large glass panels stretch the length of each level, while featuring fritted patterns to create gradients of varying opacity. recent photos by field condition display the open concrete skeleton of angled columns and distinctive folded floor slabs, which at the moment are fully exposed while sporting the construction-standard orange mesh along their perimeter.

designed by diller scofidio + renfro in collaboration with gensler (executive architect), the 14-story structure rises above the washington heights district in new york city and is expected to be complete in 2016. the tower will contain teaching and study spaces supporting all schools of the columbia university medical center as well as the institution’s biomedical departments. 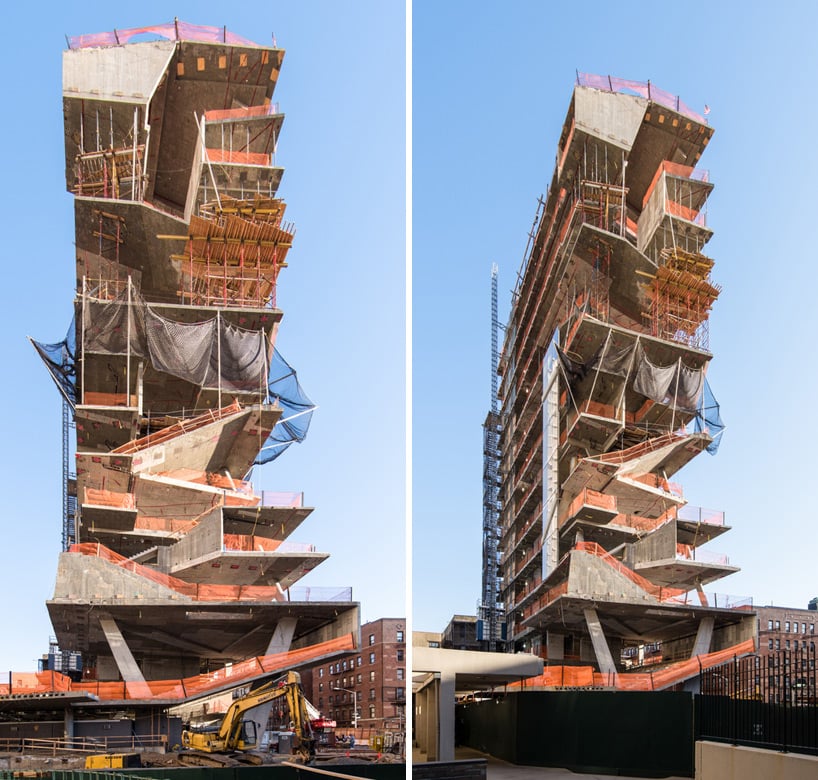 the angled planes along the south elevation produce a vertically continuous space known as the ‘study cascade’. the interconnected zone is composed as a network of social and informal work areas spread over a wide 14-storey staircase and its over-sized landings. the organizational strategy’s intent is to increase collaborative and team-based learning and teaching.

see designboom’s coverage of the design, from when it was initially revealed, here. 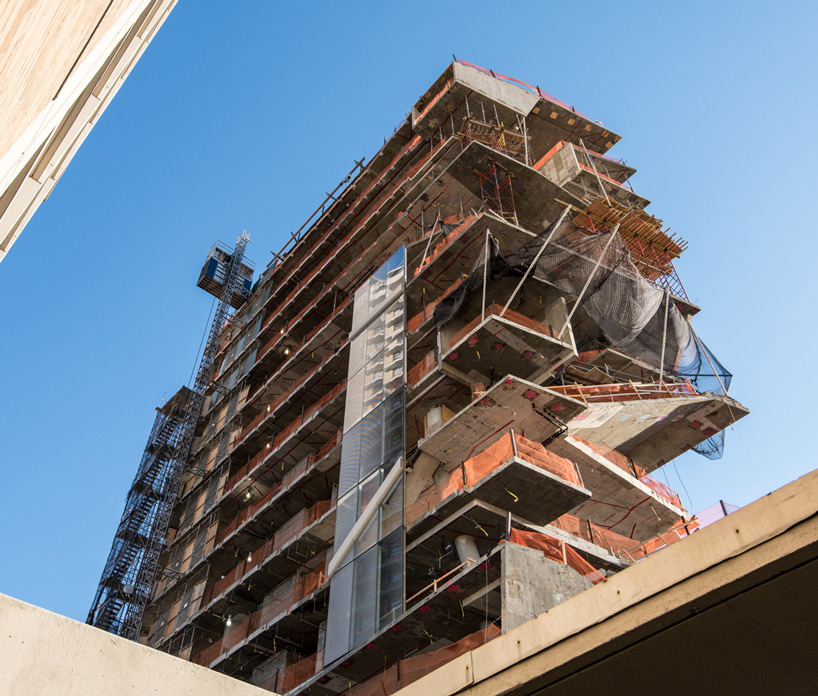 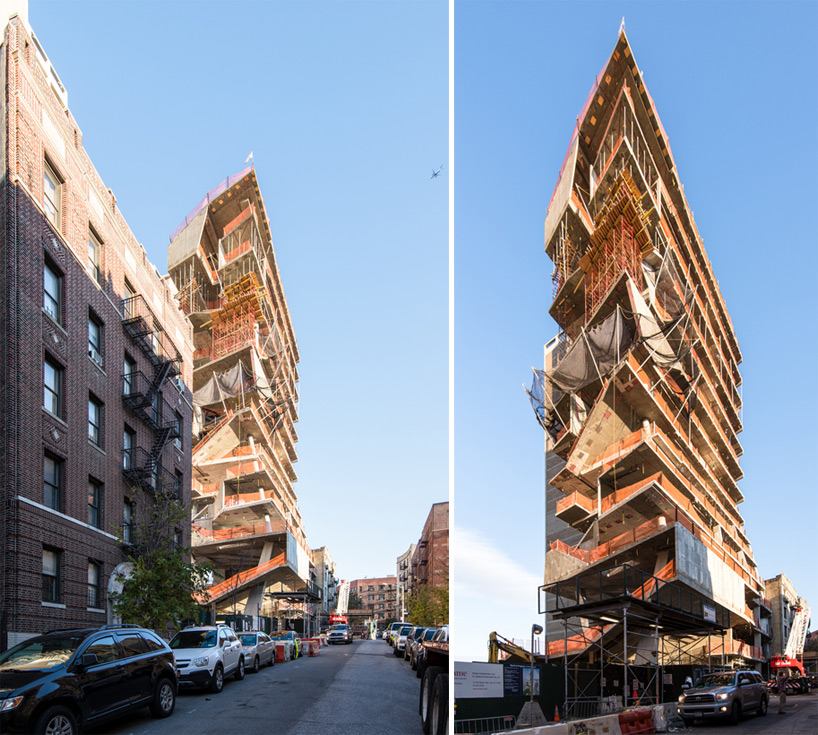 the 14-storey structure rises above upper manhattan, serving as a landmark for columbia university’s medical center 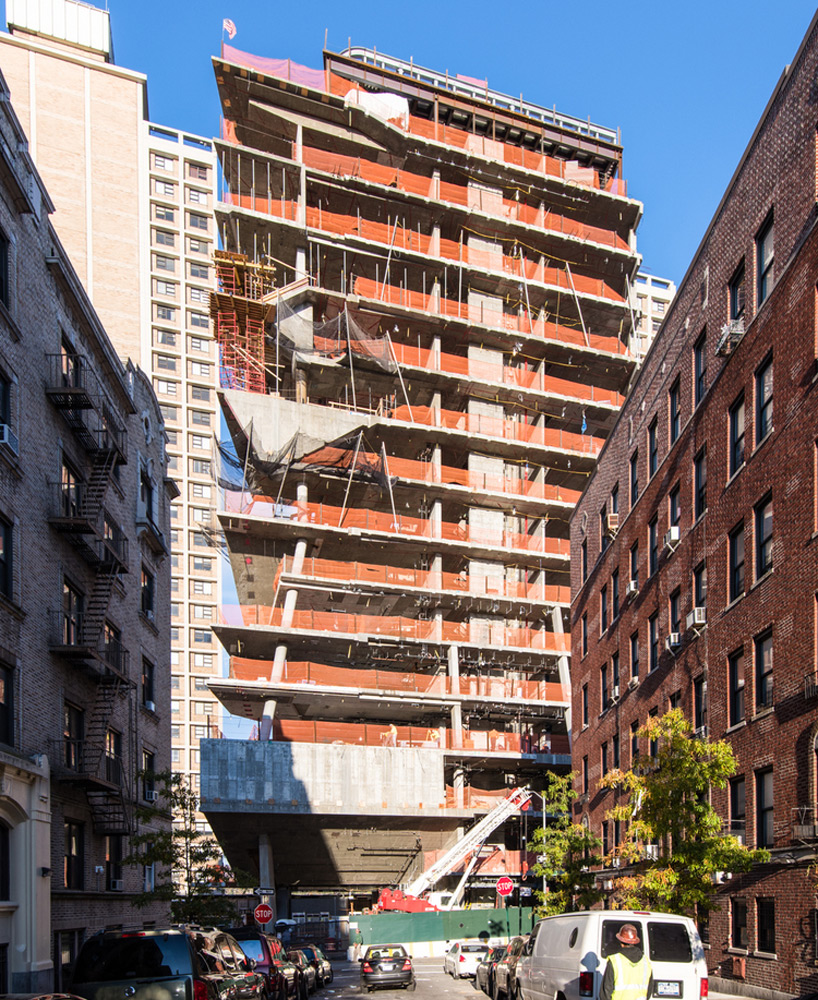 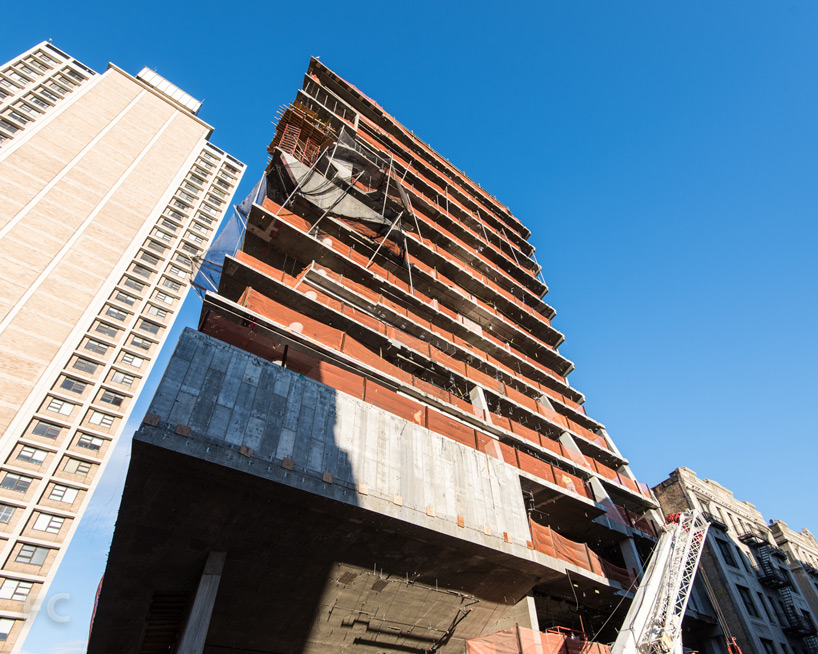 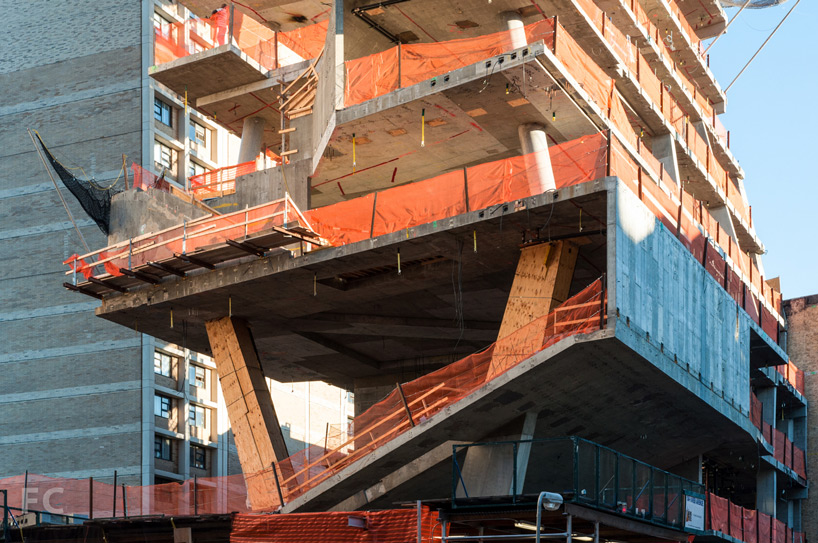 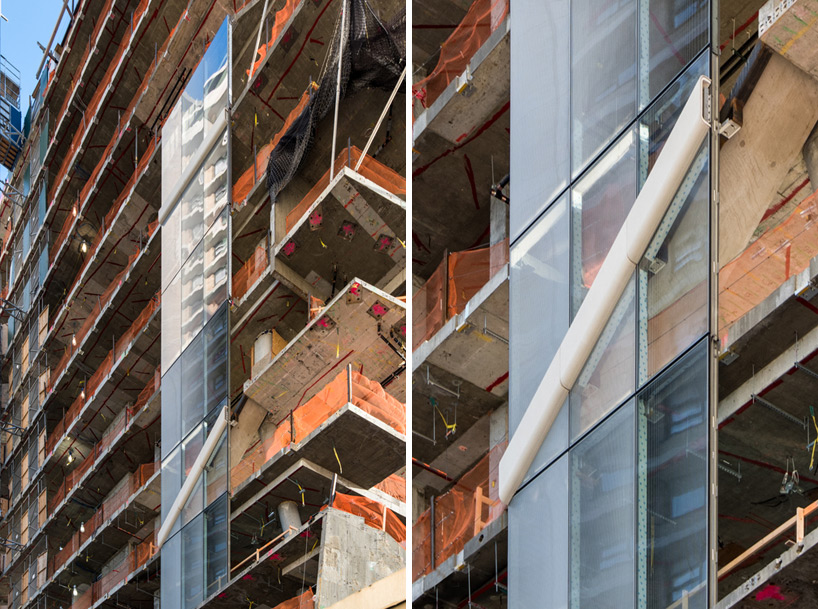 large glass panels stretch the length of each floor level