the dutch pavilion for shanghai expo 2010 has been designed by architect john kormeling. the 5,000-square-meter structure called ‘happy street’, consists of twenty-six small houses elevated along the expo’s main pedestrian strip that curves in a figure eight – a lucky number in china. happy street is mixed with different types of buildings like a house, a shop, a factory, an office, a farm, a petrol station, a sport field, a garage, forms the condition for a social life. the main building is a yellow colored tulip – a symbol of the netherlands.

each house explore themes such as energy, water, space and other urban issues. in response to the chinese expo theme ‘better city, better life’ the sub-themes of the design include: 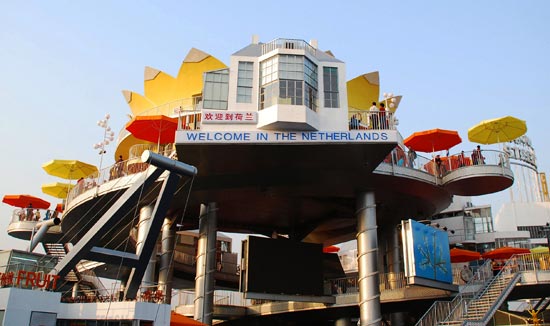 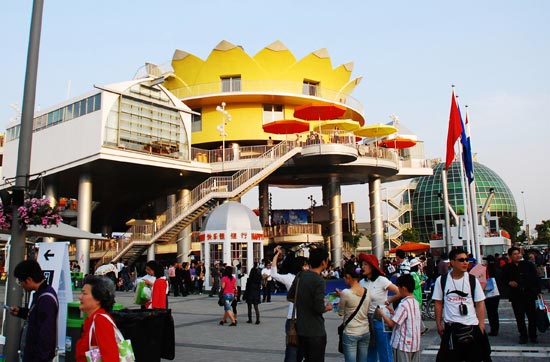 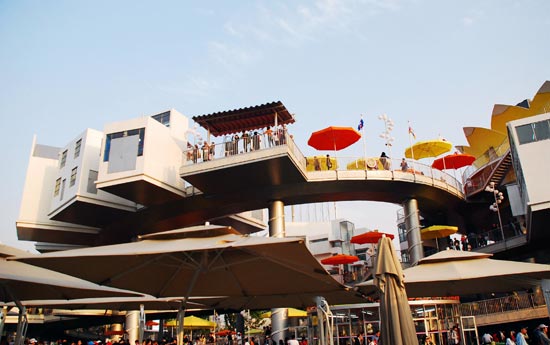 view around the pavilion image © designboom 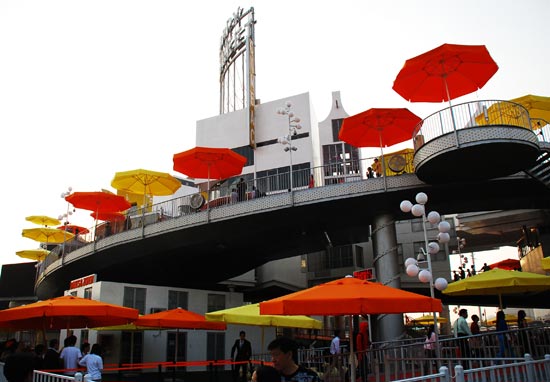 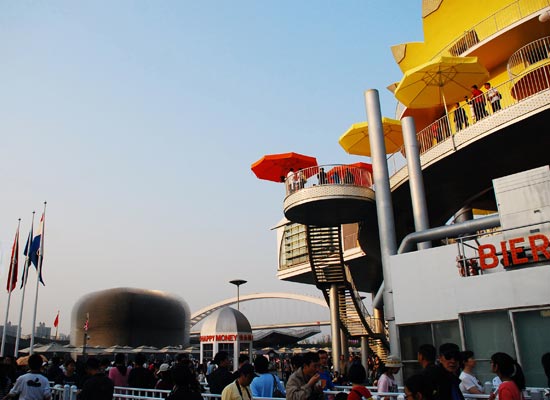 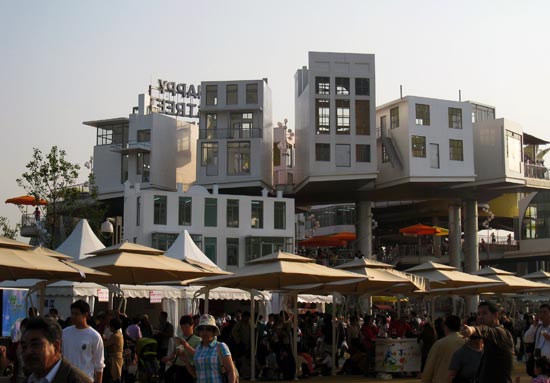 the back of ‘happy street’ image © designboom 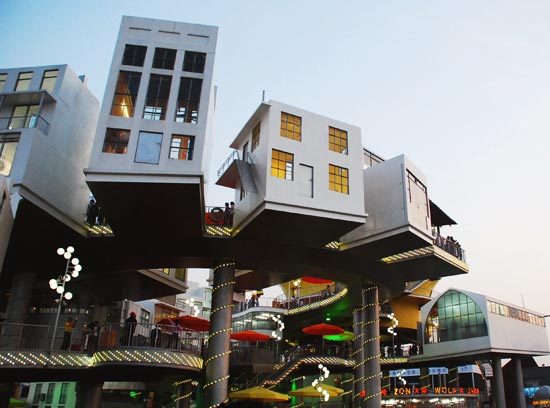 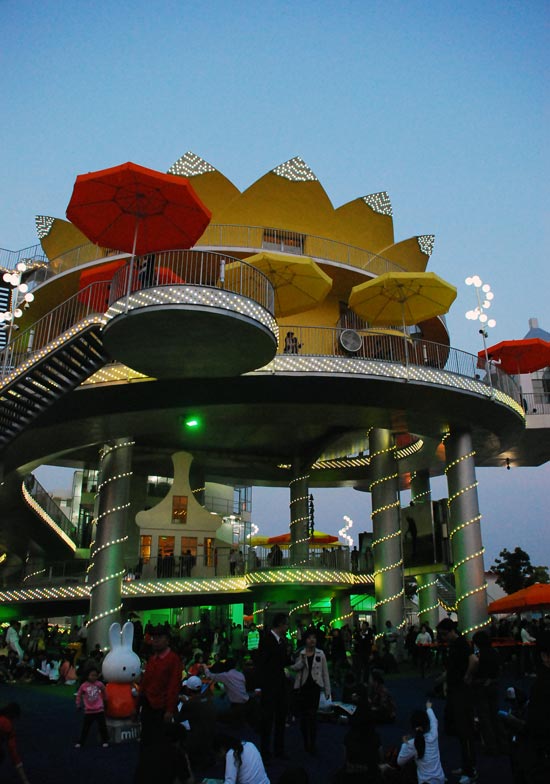 in the evening image © designboom 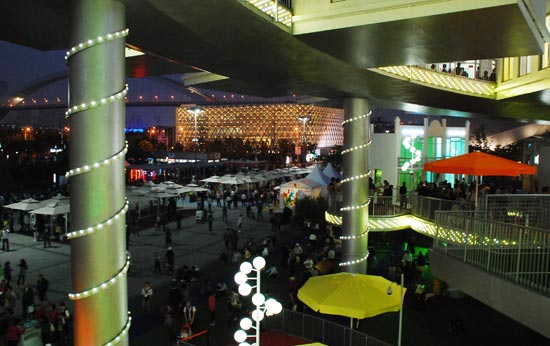 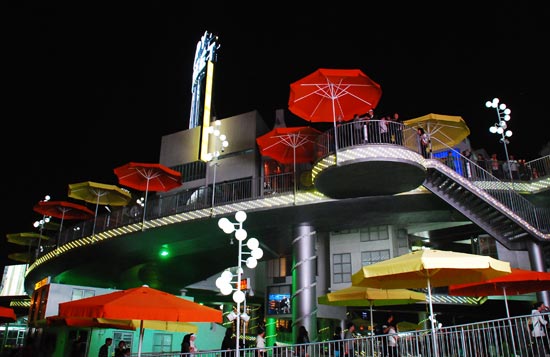 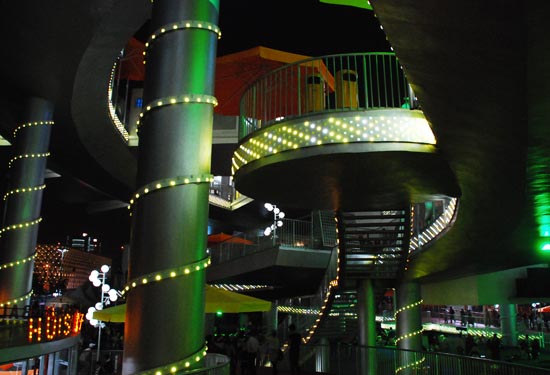 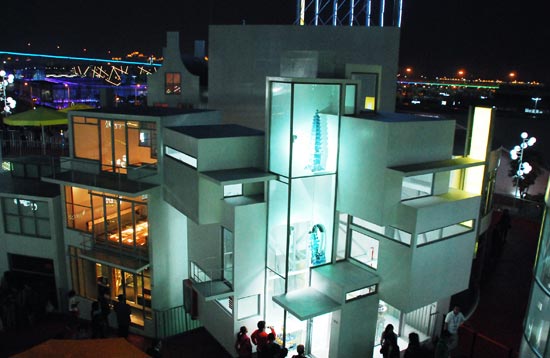 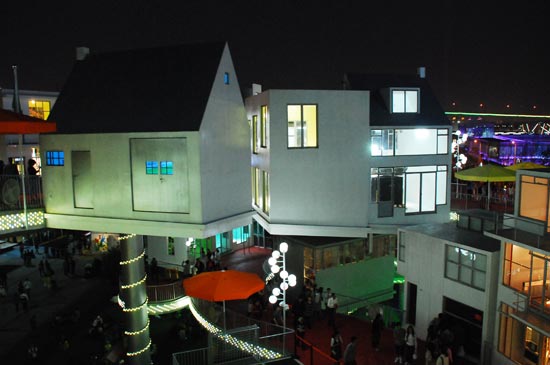 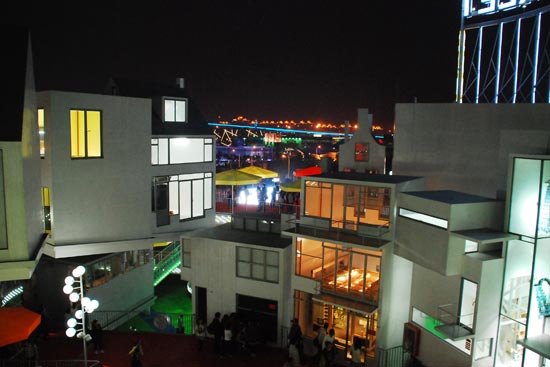 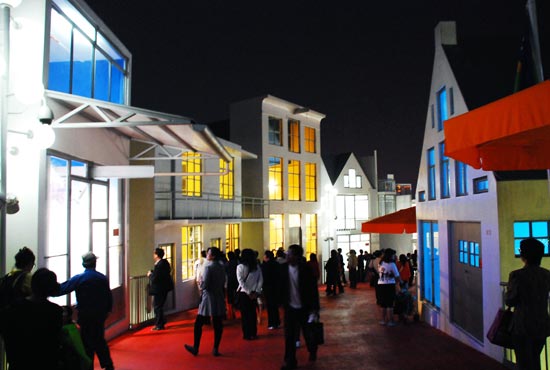