supported by a series of diagonal pillars positioned in a ‘X’ formation, DX arquitectos has realized an office building and adjacent showroom for a company in chile. 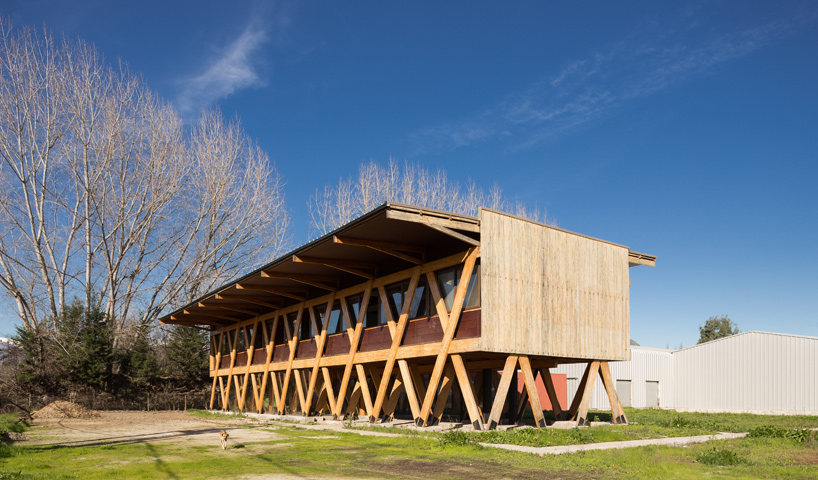 set on a plot measuring at 1000 x 1000 sqm, DX arquitectos and del sante arquitectura placed the pavilion-like structure as a strip spanning 30 meters long and visible to the road and passersby. the warehouses have been organized behind this raised structure in a north-south orientation, leaving enough distance for the loading and unloading of goods from the trucks. named ‘honey exporter’, the construction uses laminated pinewood as its main material. the diagonal X pillars span from the ground, raising the structure to liberate the ground floor for access and criss-crosses across the windows and main façade. topped with an overhanging roof, it protects the wooden structure. simultaneously the roof deters direct sunlight from entering into the interior office space which overlooks the surrounding landscape. 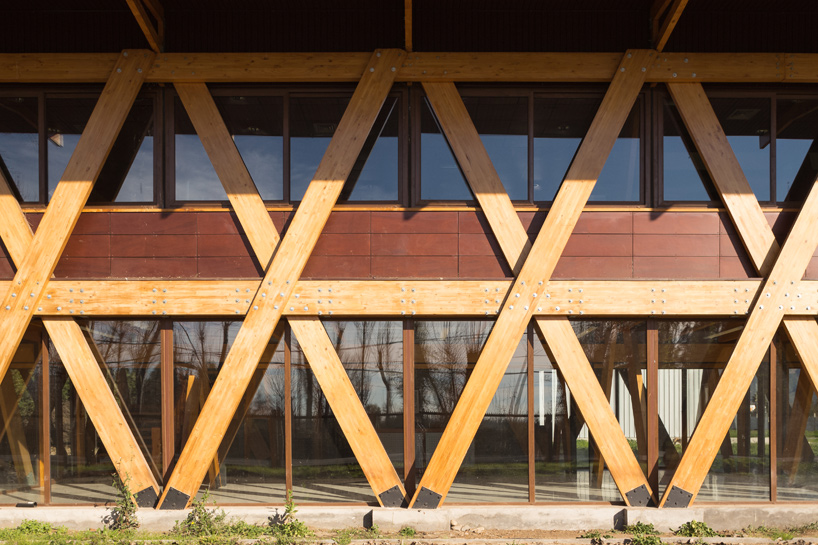 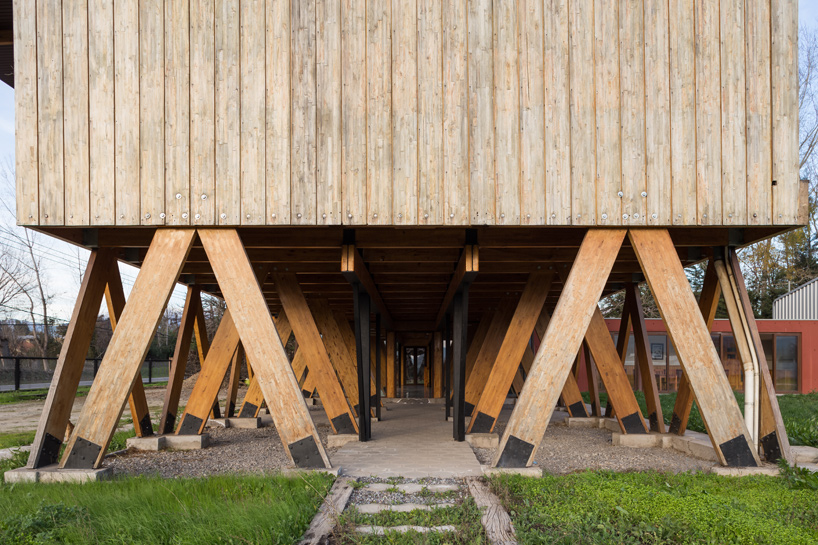 by raising the building, this made room for the entrance into the building and adjacent showrooms 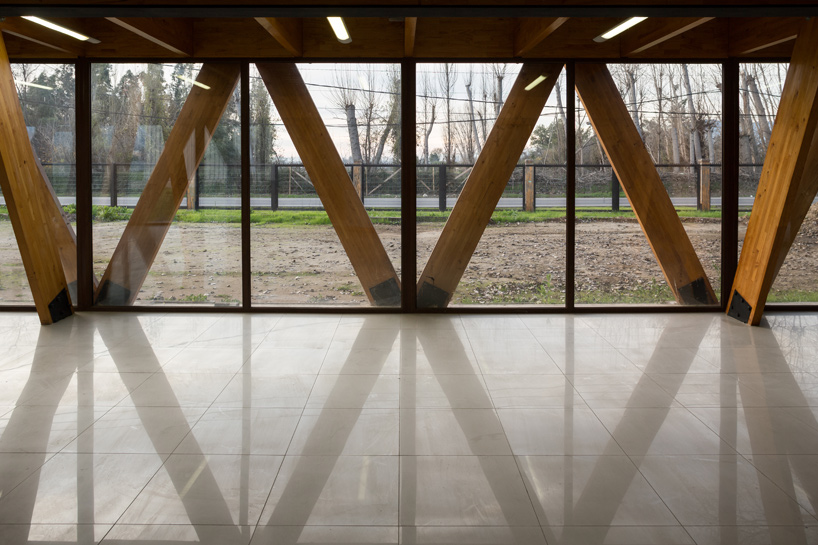 the building faces onto the road 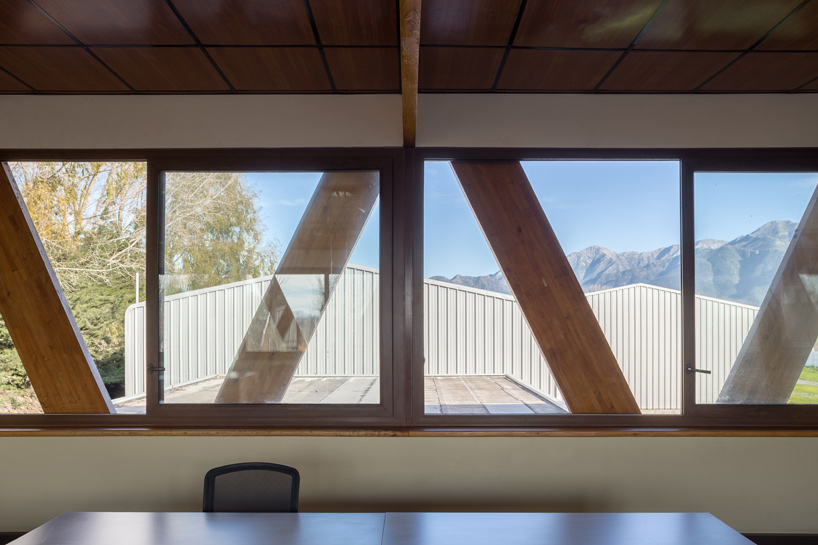 the upper level accommodates the office 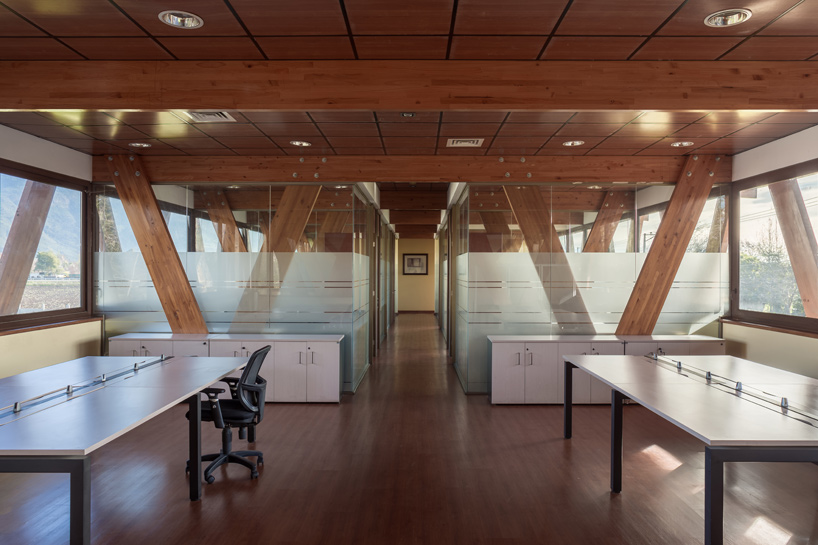 the site features the offices connected to the warehouses behind 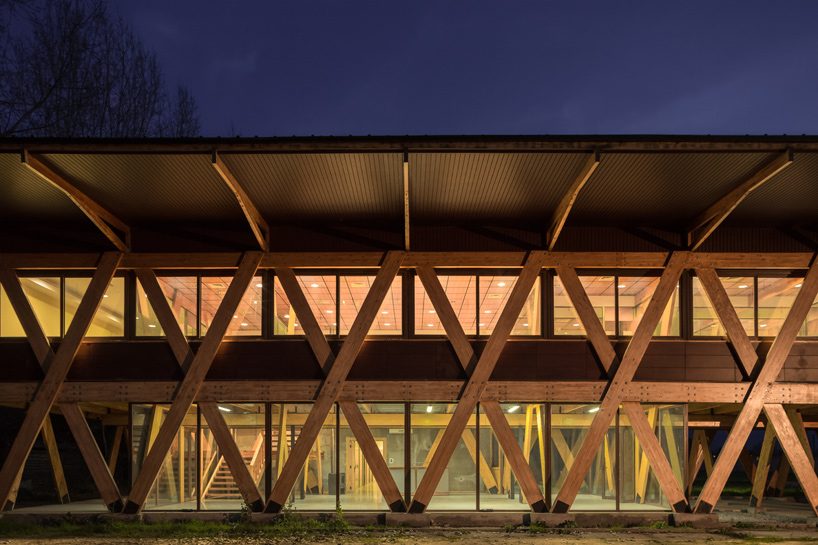 at night the building is illuminated from within 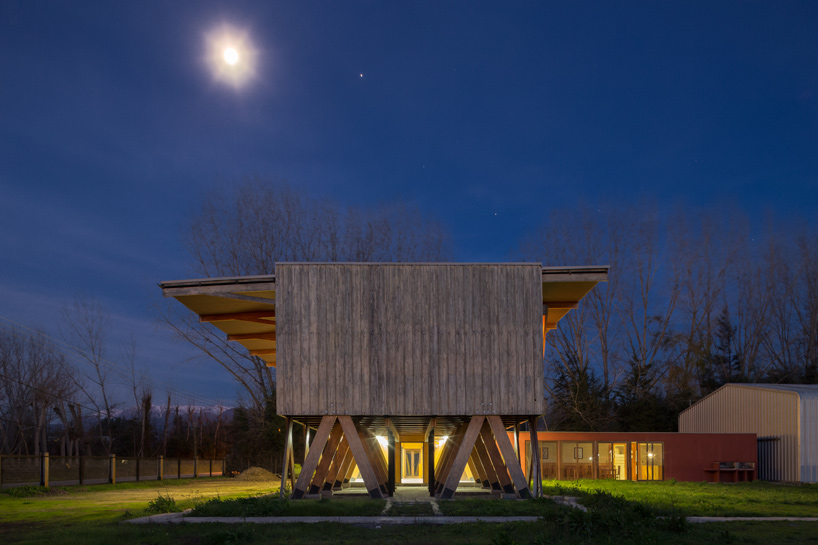 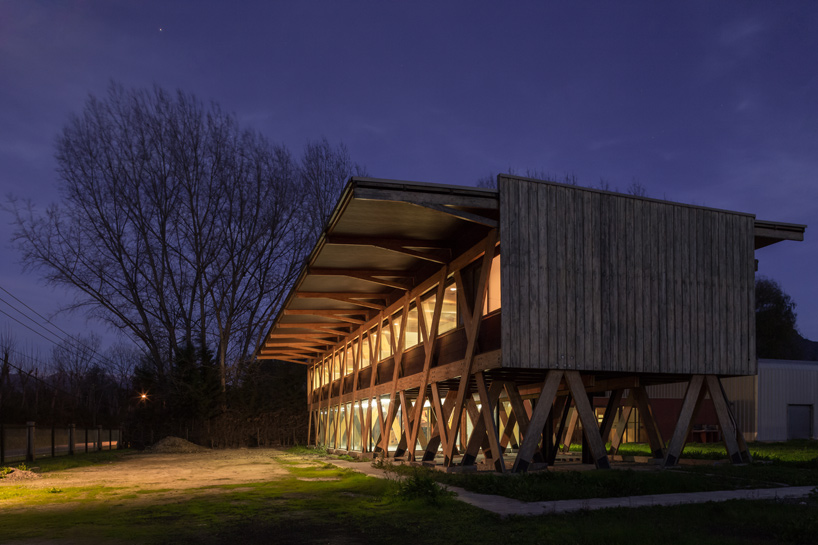 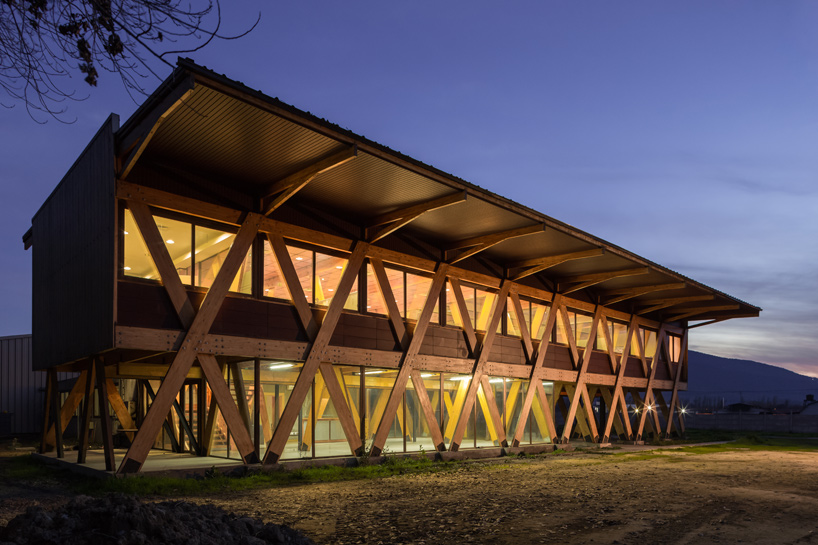 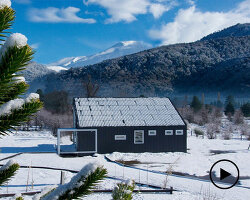 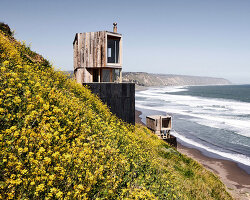 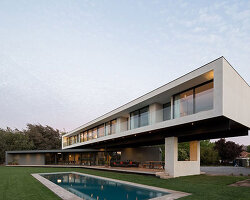 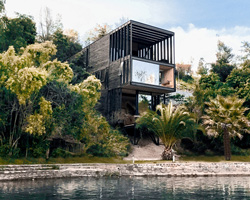 Mar 01, 2021
ODDO architects incorporates round window into the brick exterior of VH house in hanoi
the house consists of three separate brick volumes set above a continuous living space on the ground floor.
architecture
733 shares
connections: +3430