NOAH is a proposed urban arcology (architecture and ecology) whose philosophic underpinnings rest in combining large scale sustainability concentrated urban structures, and in this case, a floating city. NOAH is an ideal demonstration project for all the right reasons. new orleans is a city of both rich traditions and strategic importance. it is also a city with particular needs, both immediate and long term which must be addressed. these needs have been dramatized by the very nature of its location which has placed it in direct conflict with natural forces resulting in obvious impact. If global climate predictions are even remotely correct, new orleans is already that future scenario today. accordingly, new orleans has an unprecedented opportunity to set new creative standards which address both current issues and also offer distinct prototypical guidance to the future needs of coastal cities. 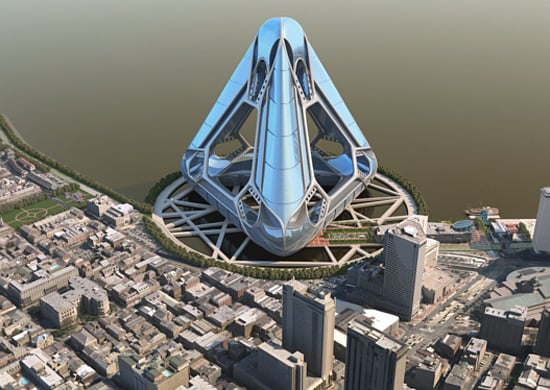 location/ site specific in reviewing all the options and possible sites for NOAH, the most logical location is on the mississippi riverfront and adjacent to the central business district. the location specifically will occupy an undeveloped parking area with an extended connection to the audubon aquarium of the americas

why a floating city? there are three major challenges which must be overcome to be of significant advantage to new orleans. the first challenge is to overcome both the physical and psychological damages of recurring severe weather patterns. though repopulation has begun, the need to provide a stabilized and safe environment is paramount to a long term recovery and economic well being of new orleans. the second challenge is that new orleans has too much water. the city has been built at and below sea levels which creates consistently high water table and makes it prone to flooding and storm surges. the third challenge is that new orleans is built on soil condition which consists of thousands of feet of soft soil, silt and clay. these conditions make building large scale concentrated structures difficult. believing that NOAH is a viable plan, our solution to overcome these challenges is to take advantage of these seemingly conflicting issues with the introduction of a floating urban platform.

note: this proposal in no way suggests that ongoing water retention measures should be abandoned. rather, a floating urban platform should be viewed as a complimentary venture. 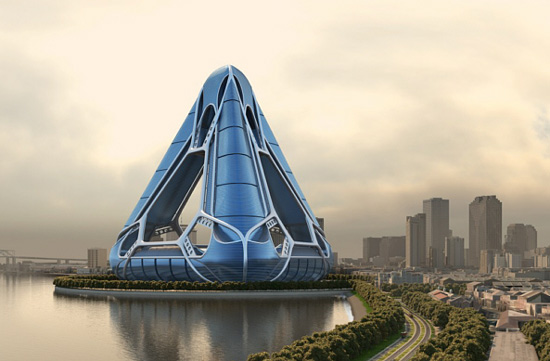 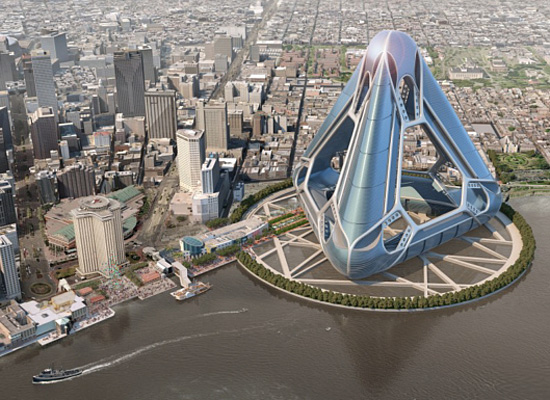 design brief / exterior the triangle is inherently the most rigid of all structural framing systems. the system is designed to dissipate gravity and severe wind loads through an all-steel applied (eko skeleton) exterior frame and conventional internal framing methodology. second, the triangle is an ‘open’ frame configuration, dividing NOAH into three separate ‘towers’ converging at the top. the intent of this open system is to allow all severe weather /winds to in effect ‘blow through’ the structure in any direction with the minimum of massing interference. to further dissipate wind loads, the outer edges are curved and tilted. the ‘tower’ surfaces, both flat and curved, would be outfitted with secured sliding hurricane panels forming a uniform exterior protective barrier skin.

sustainability / ecology NOAH is designed to expand the horizon of sustainability and will seek LEED certification. NOAH will eliminate the need for cars within the urban structure, and thus becomes a carbon neutral entity. internal electric transport links, vertical and horizontal, create a pedestrian-friendly community. a wide range of passive and active provisions will be employed throughout the structure. some of these elements are secured wind turbines, fresh water recovery and storage systems, passive glazing system, sky garden heating/cooling vents, grey water treatment, solar array banding panels, and river based water turbines. 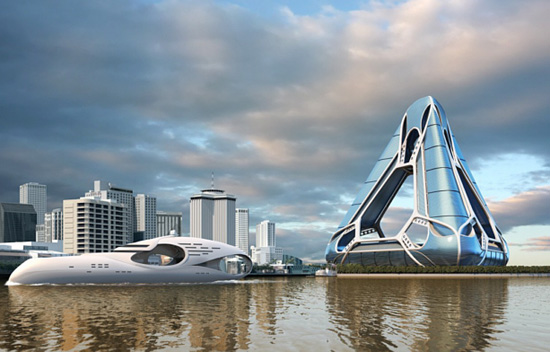 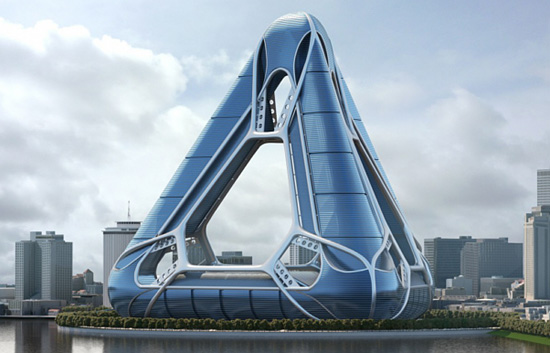 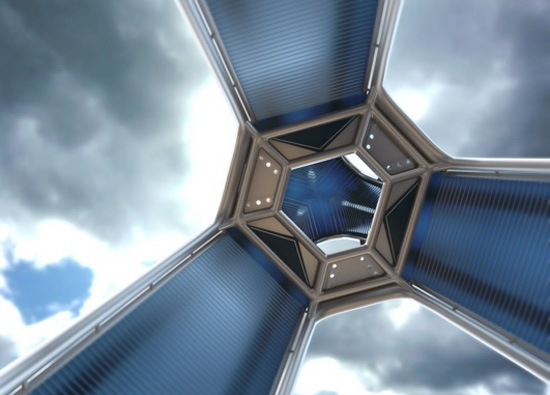 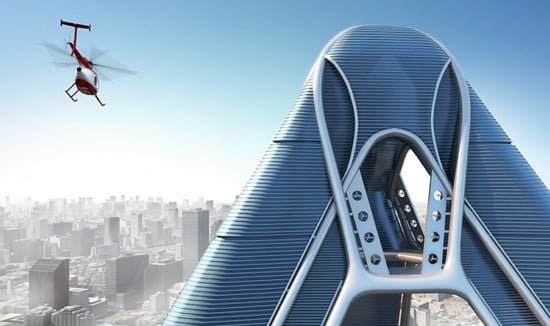 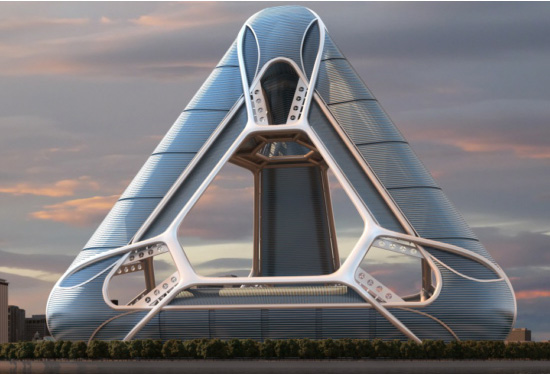 conclusion this is an exploration proposal which suggests a new urban design formula for new orleans. the scale, economic program, and structural formation of NOAH are all viable in today’s growth projection and technologies. there are obvious political and economic considerations which would adjust the current bounds of this proposal. this is a project of tremendous potential which pushes beyond current expectations for new orleans and places it in the forefront of the new age of urban growth possibilities.

you can read more details on the project here