an example in compact living, the rectangular ‘house in hiyoshi’ by japanese firm EANA is located on a fragment of land on the southern end of a public park in yokohama city. the three-storey timber frame structure organizes its spaces by manipulating floor-to-height distances to adapt to future needs. the entry level, which has a lower ceiling, contains two bedrooms, services and storage, over a polished concrete floor foundation.a staircase leads up to the second-storey and main social space with a kitchen, living and dining room, and has a ceiling at four meters. a largefull-height north-facing window stretches almost to the extents of the walls and looks out over the park, allowing the residents to be first row spectators over the natural scenery. a thinner metal staircase connects to the third level landing and rooftop terrace. a horizontal strip window reaches the entire width of the footprint allowing southern light to warm the interior, while the owners may reside in a private exterior space. 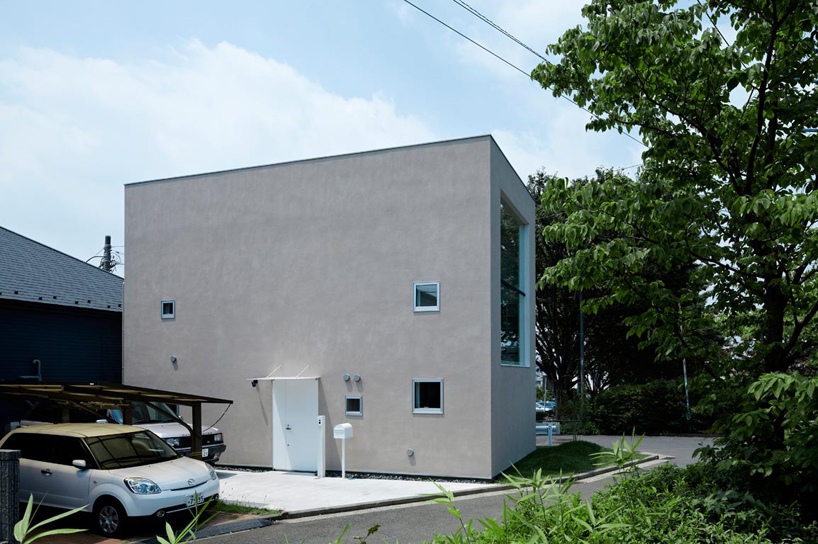 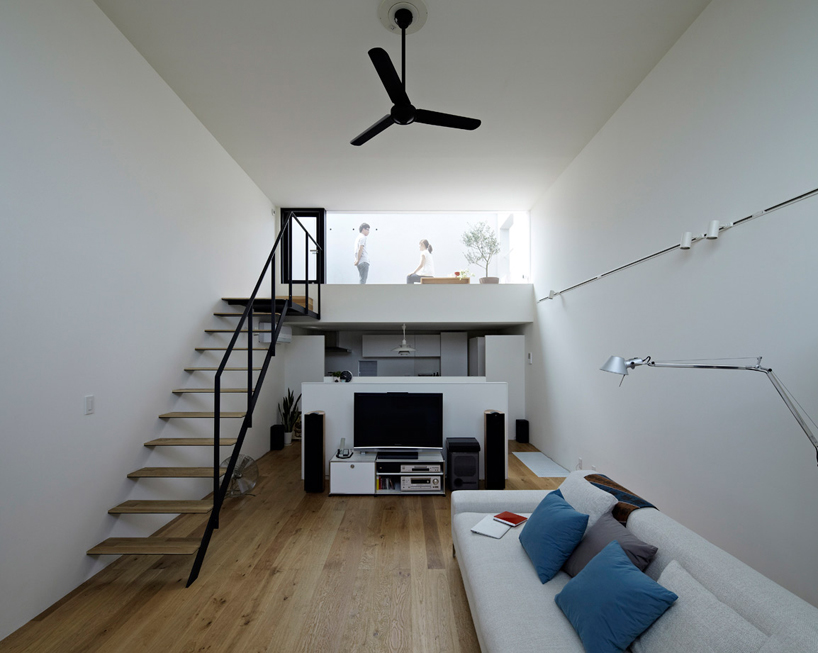 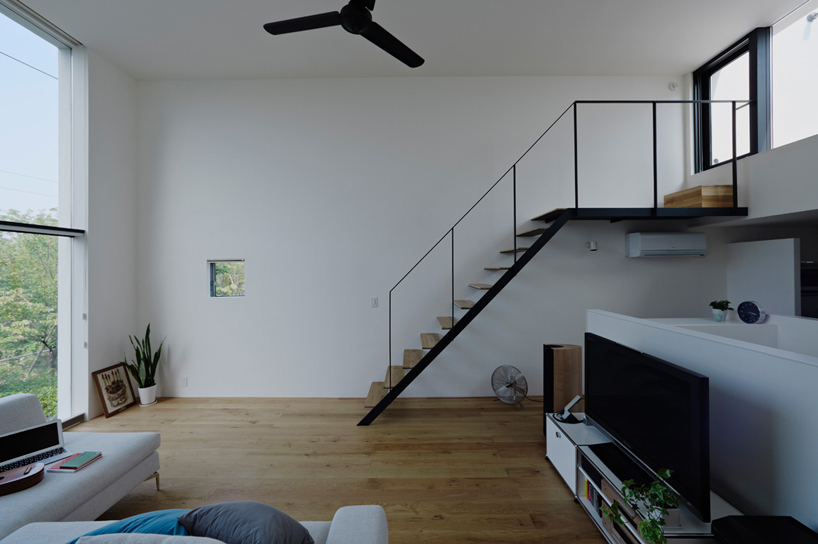 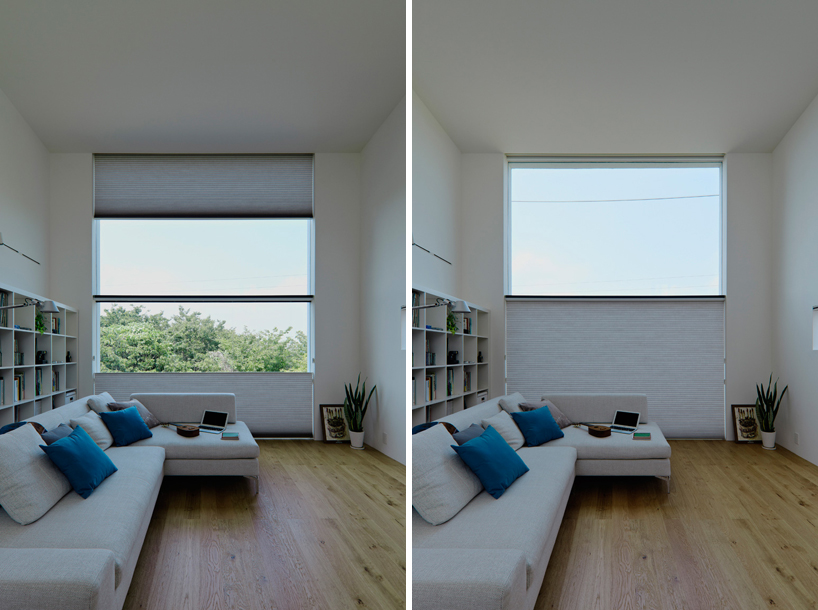 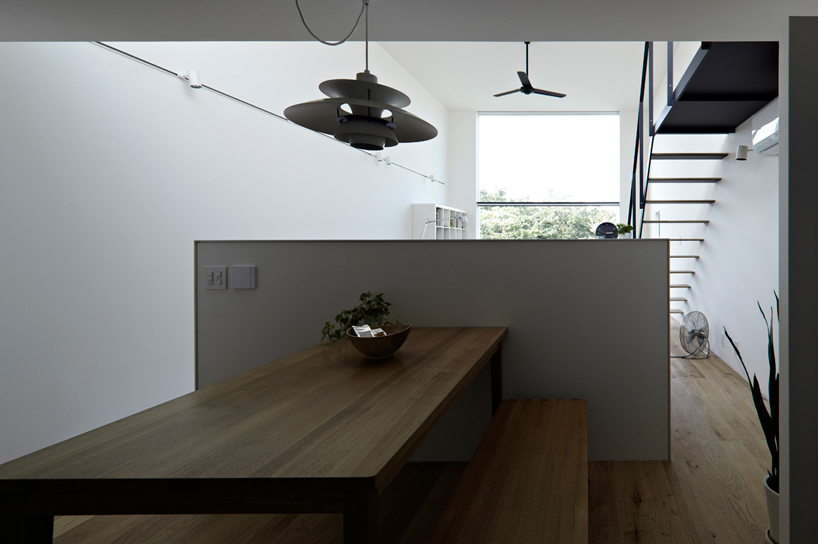 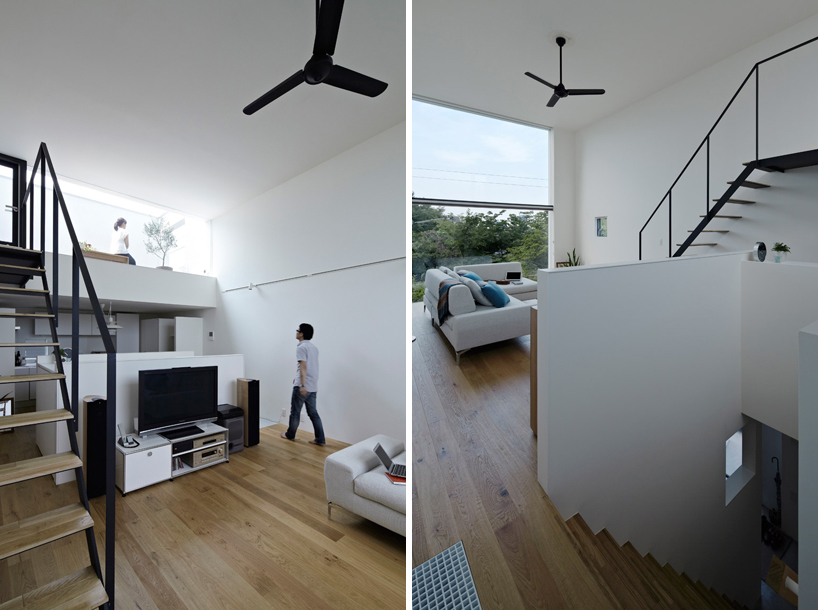 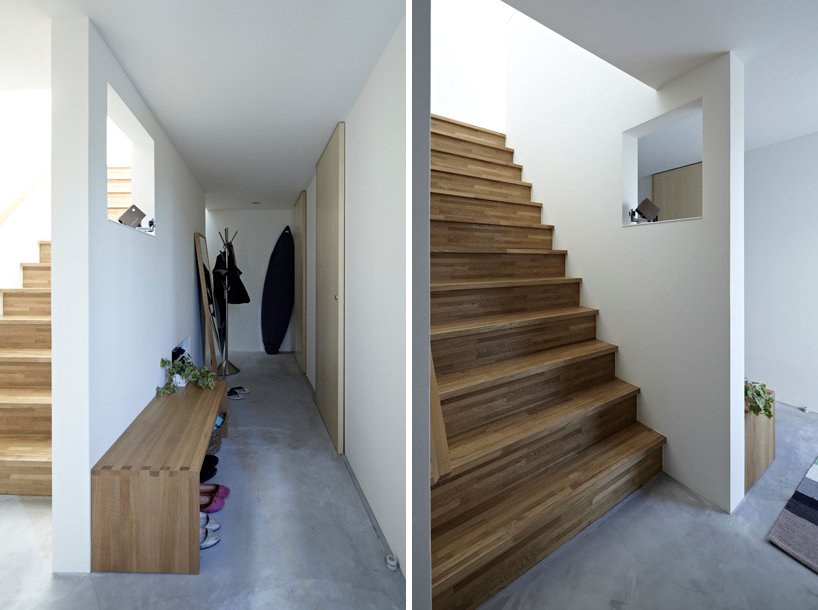 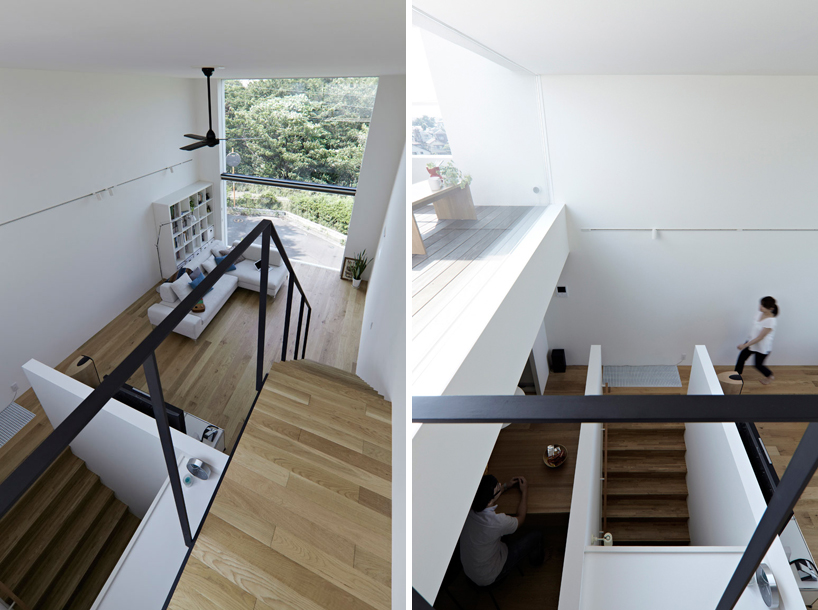 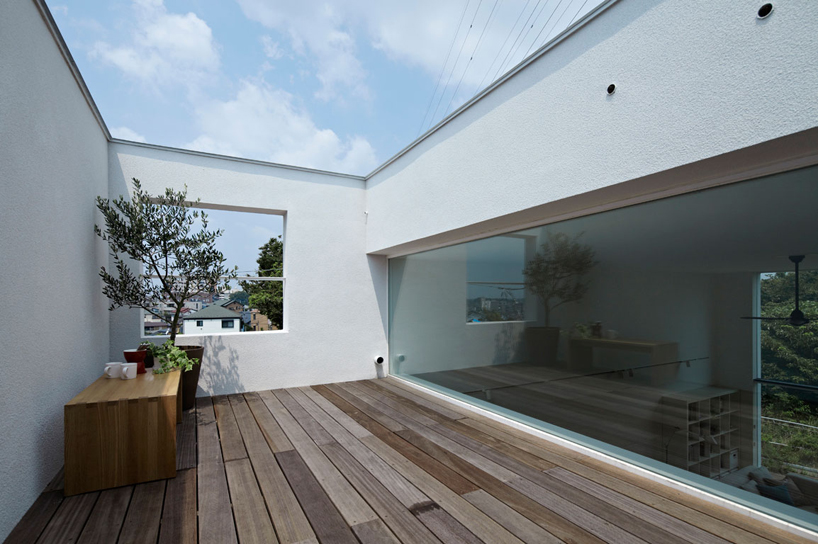 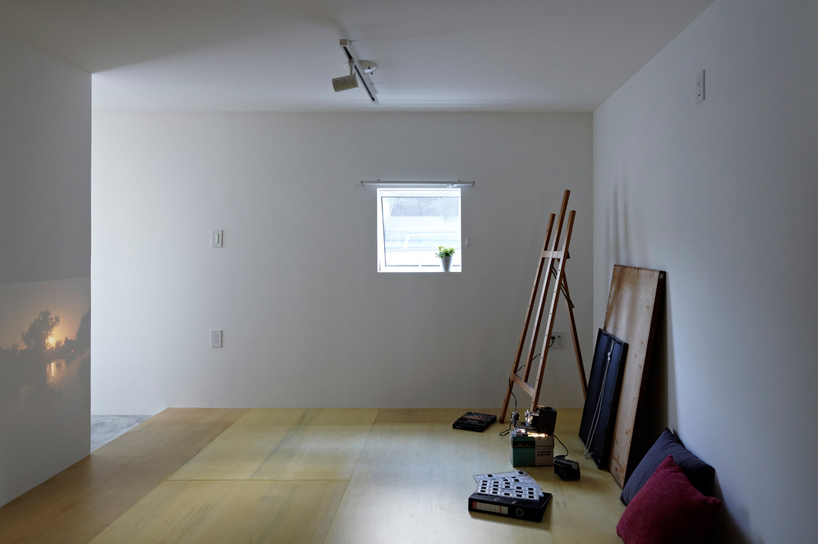 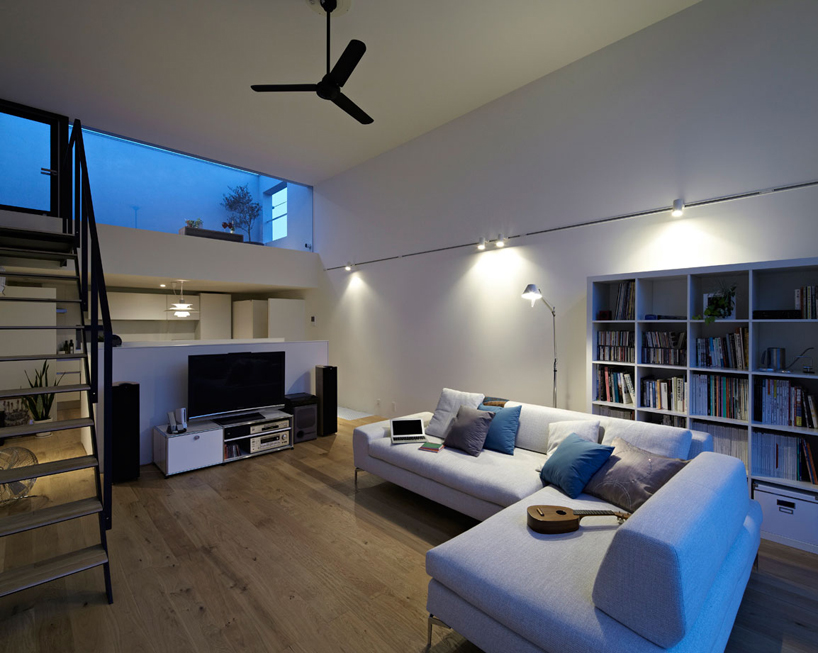 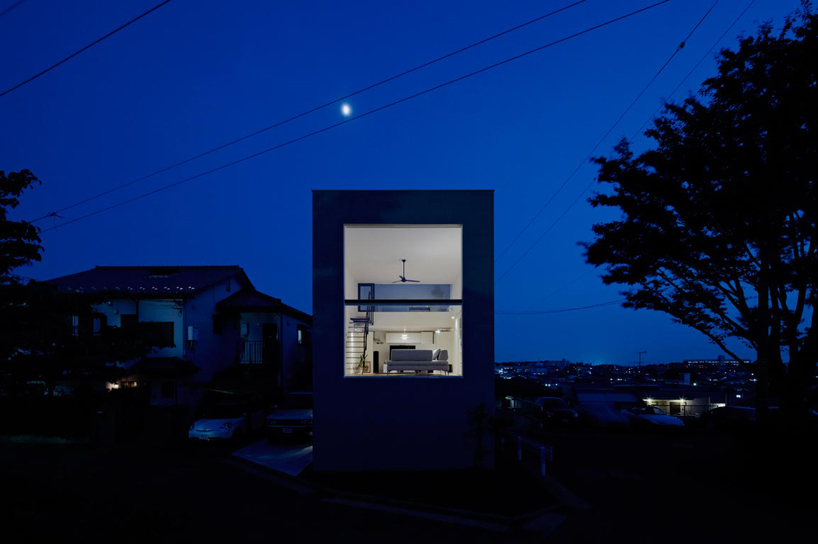 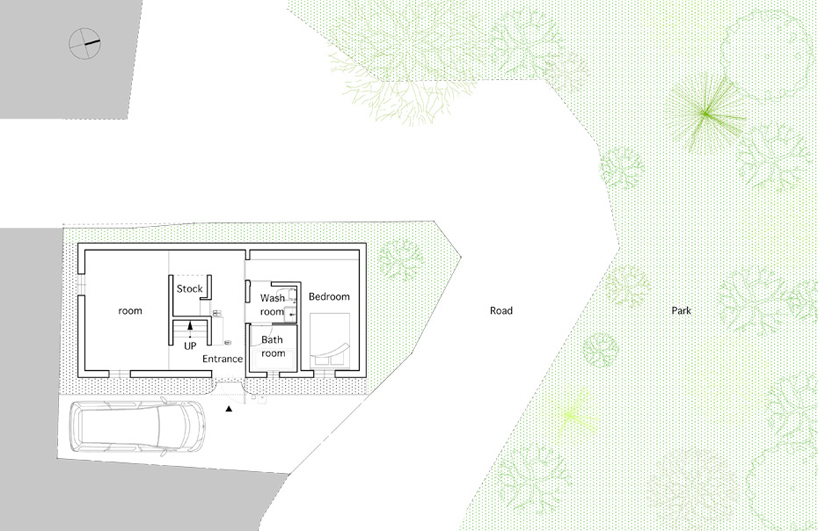 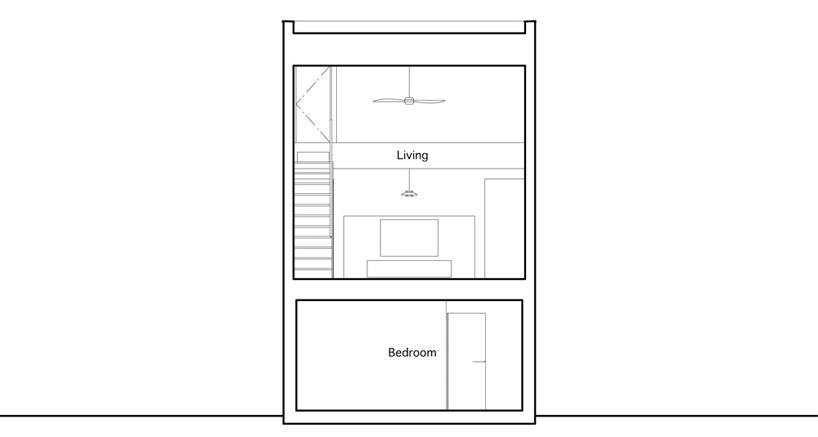 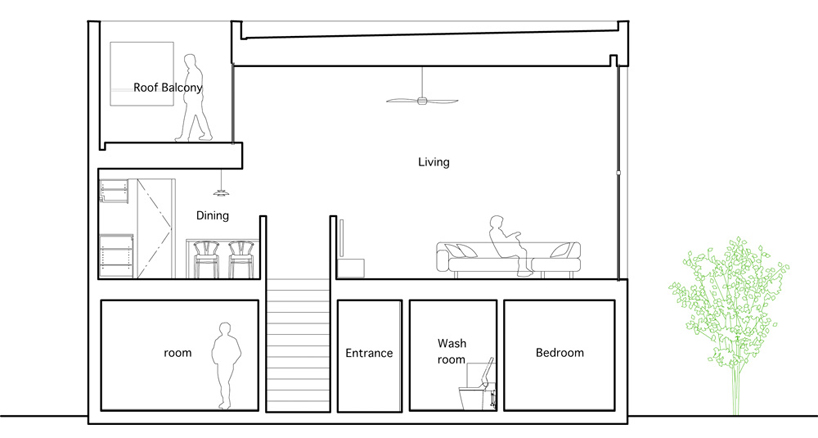 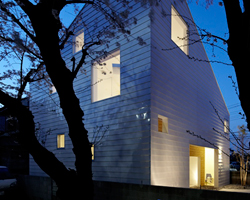