‘earth home project‘ asks the question of what architecture can do to help defend against the very-growing problems people in developing countries have to face. the scheme started back in 2011 in pakistan with the aim of trying to help rebuild houses that had been destroyed during the flood of 2010. a land area of 160,000 km² (nearly 20% of the country) was hit. the poorest regions were the ones most badly struck. 15 million people were affected and 6 million people lost their homes. for most of them it is strictly impossible to erect their houses on their own because they lack the necessary means to do so.

the initiative helps residents rediscover traditional building techniques, while insuring improvements made to the design contribute to the stability and sustainability of the construction. the project therefore focuses on using local materials that can easily be procured by anyone; mud and lime are used as bricks, insulating and binding material, as well as bamboo for the flat-roof structures. the process is assisted by skilled craftsmen in order to share the necessary know-how. the hope is that this will enable the community to be more prepared against future natural disasters and to be able to rely on their neighbors and their abilities even if the economy is pushing them towards the margins. so far the endeavor has been able to help raise 121 homes around the area of multan, which had been very badly affected by the flood due to its position in the indus river basin. 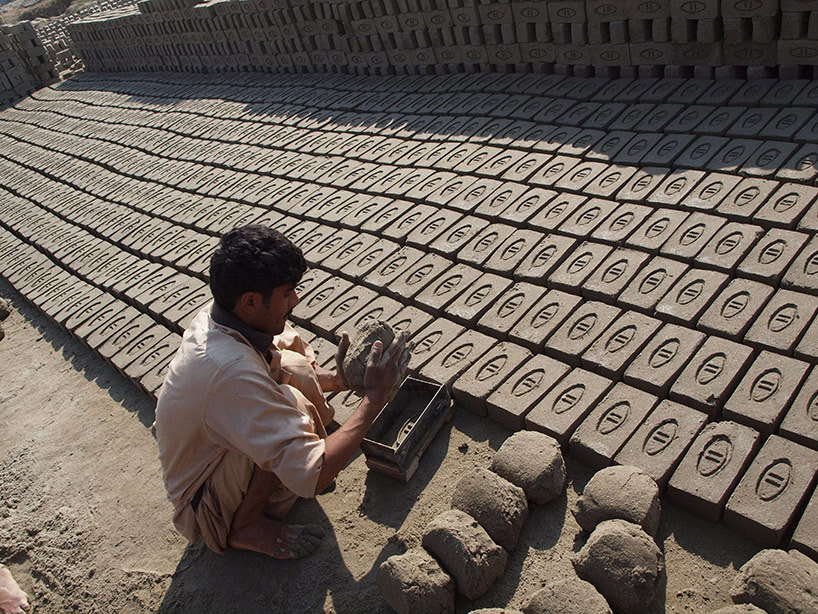 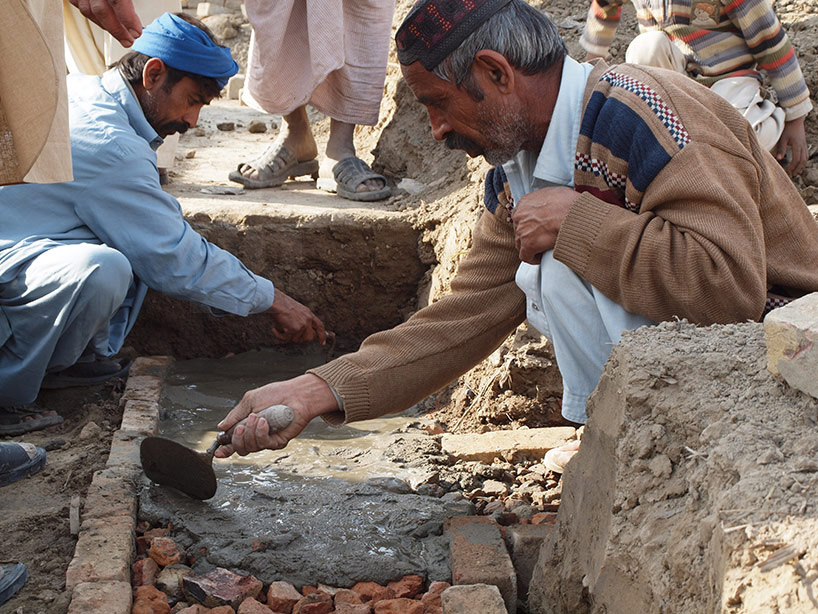 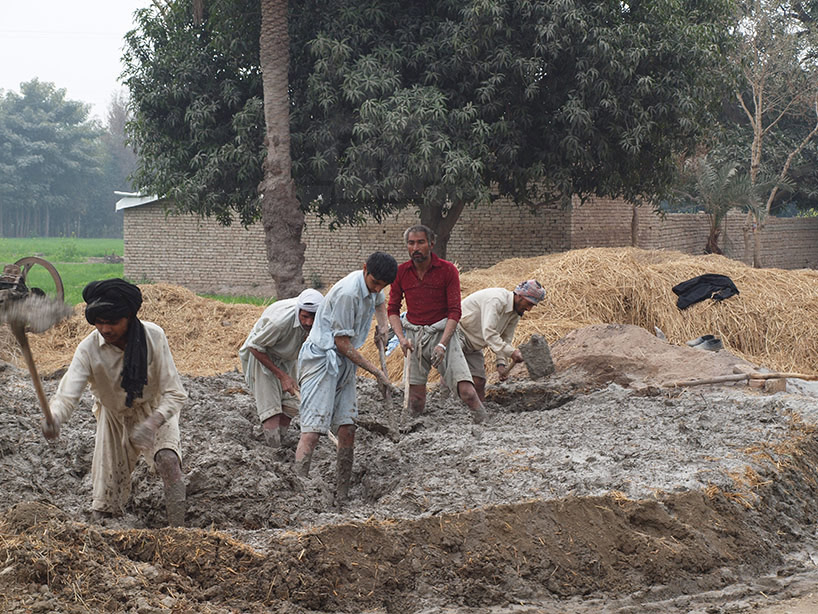 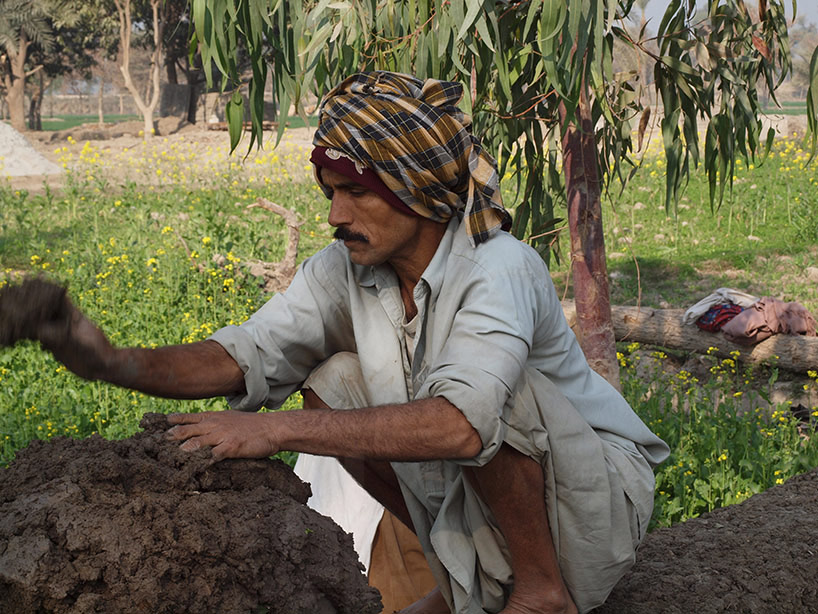 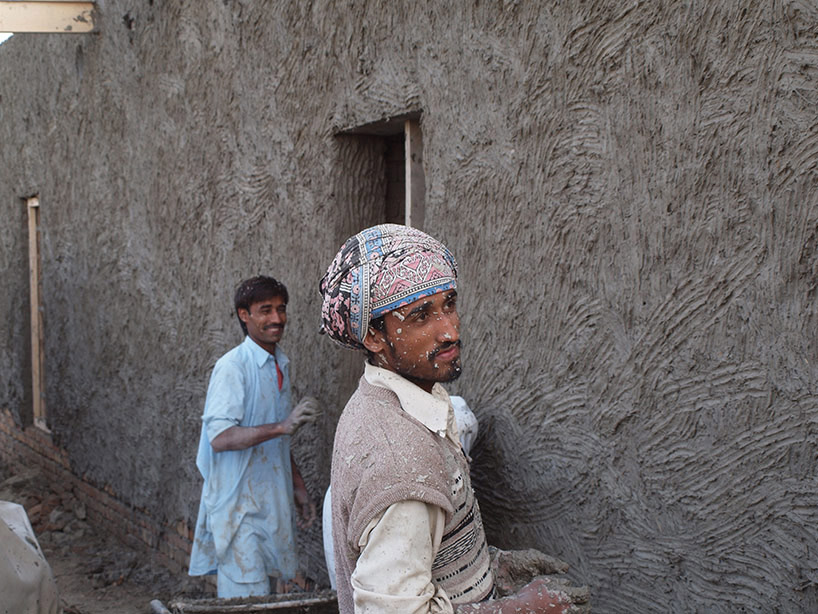 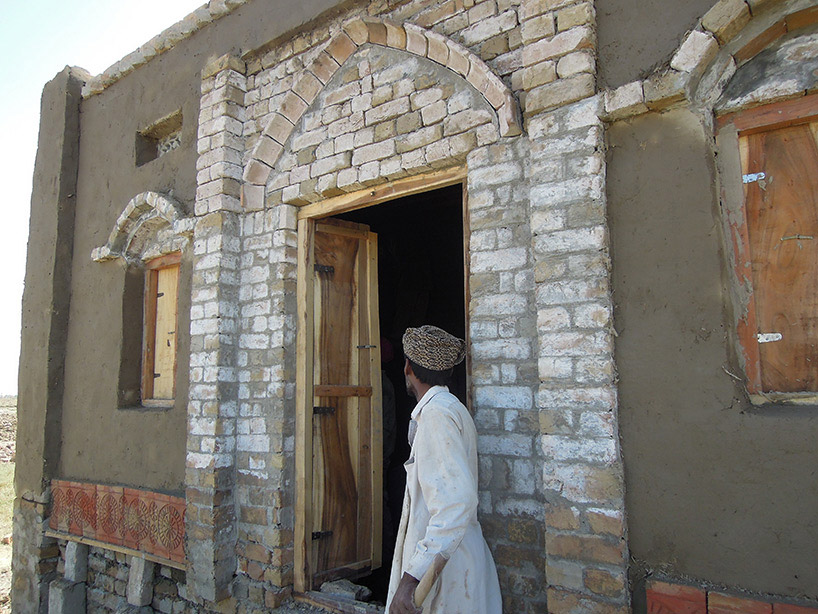 completed structure near the town of multan 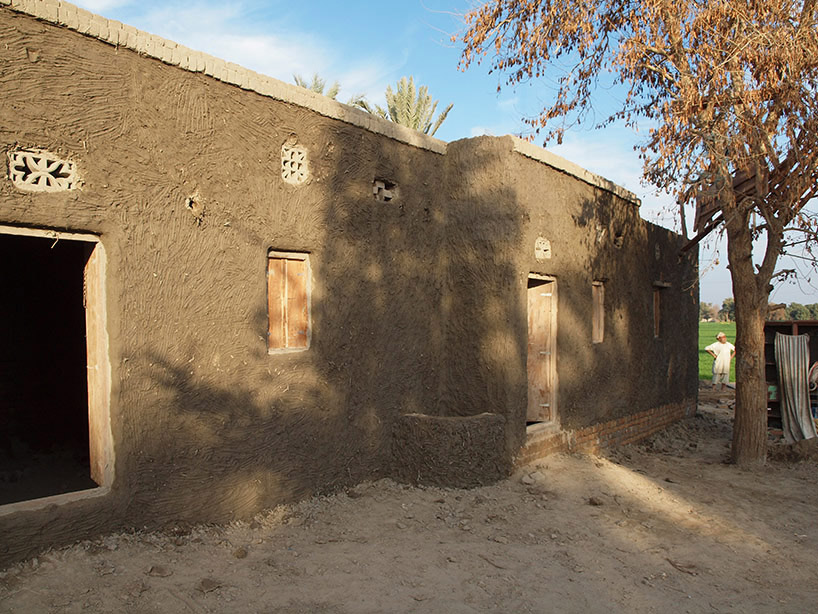 front side of a building after completion 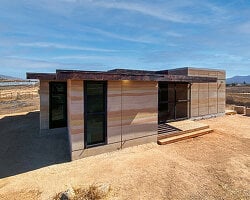