new york firm easton + combs have designed ‘kaleidoscape’, a temporary installation for the cultural events on governors island during from june to august 2010.

color, shape, shade, light and play are the ingredients to the kinds of urban events that temporarily unlock the city from itself.

the kaleidoscape approaches architecture as a multilayered set of possibilities that are accessed and expanded by the desire to stay and play. as a centerpiece of the summer art program, the structure is vibrant and porous yet asserts a sense of place and provides for a variety of possible events. readings, music and gatherings are accommodated in the large room with a unique cylindrical inverted crown that suggests a performance stage. this is also the site of the pavilion’s central sand basin that stages another more informal performance of child play. taken together the pavilion proposes a cross section of formal and informal performance that attracts and binds to the activities of the park as a whole.

the pavilion is a robust featherweight assembly of a polycarbonate building system of eight foot long members and is 100 percent recyclable. the use of the material demonstrates an extreme material efficiency, as the high strength and light weight allow for the construction of a diaphanous structural skin of exceptional strength and durability. the polycarbonate material has been analyzed in this application with finite element method to understand the strength of the material as building block of a lightweight structural skin system. the fabrication of the structural members happen offsite thus requiring only minimal onsite time for assembly. the total environmental impact is significantly reduced through a total pavilion weight of less than six thousand pounds, making the installation and deinstallation far less labor intensive than similar structures of conventional building materials. at the end of the installation all the material will be returned to the manufacturer f or 100 percent recycling into new production. 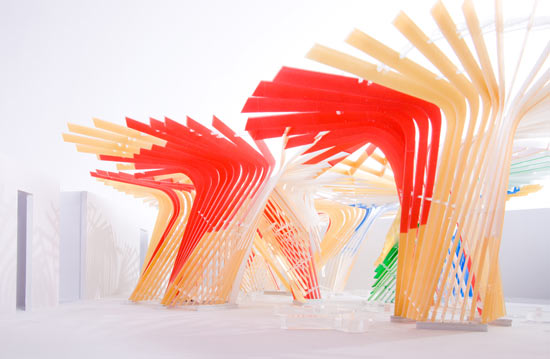 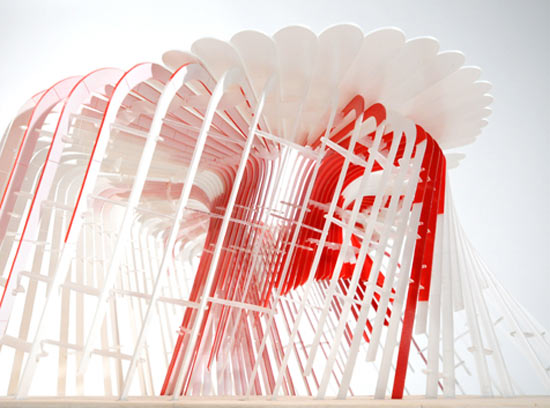 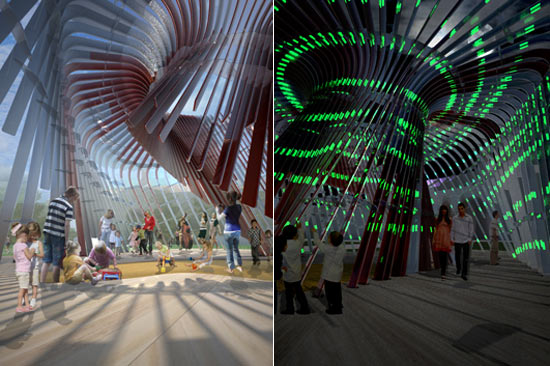 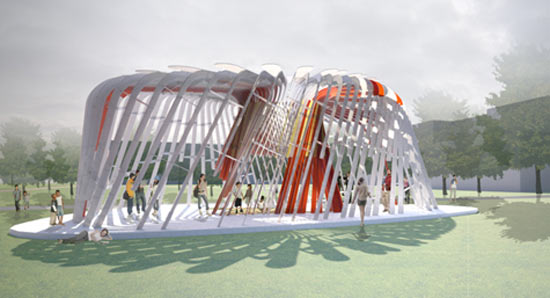 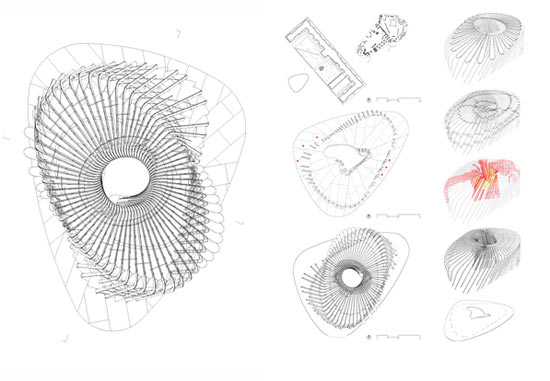 drawings of the structure 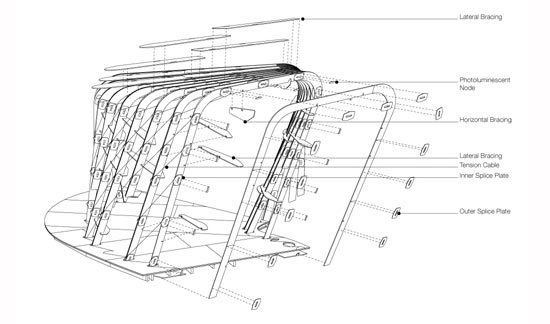