a noticeable curving form characterizes the ‘villa saxe’ residential scheme by the architects at ecdm which hosts a series of social housing and apartments. located on rue de saxe in paris, the new building is supported by stilts and has been sensitively developed with an aim to preserve the existing garden and courtyard that connects to neighboring buildings. 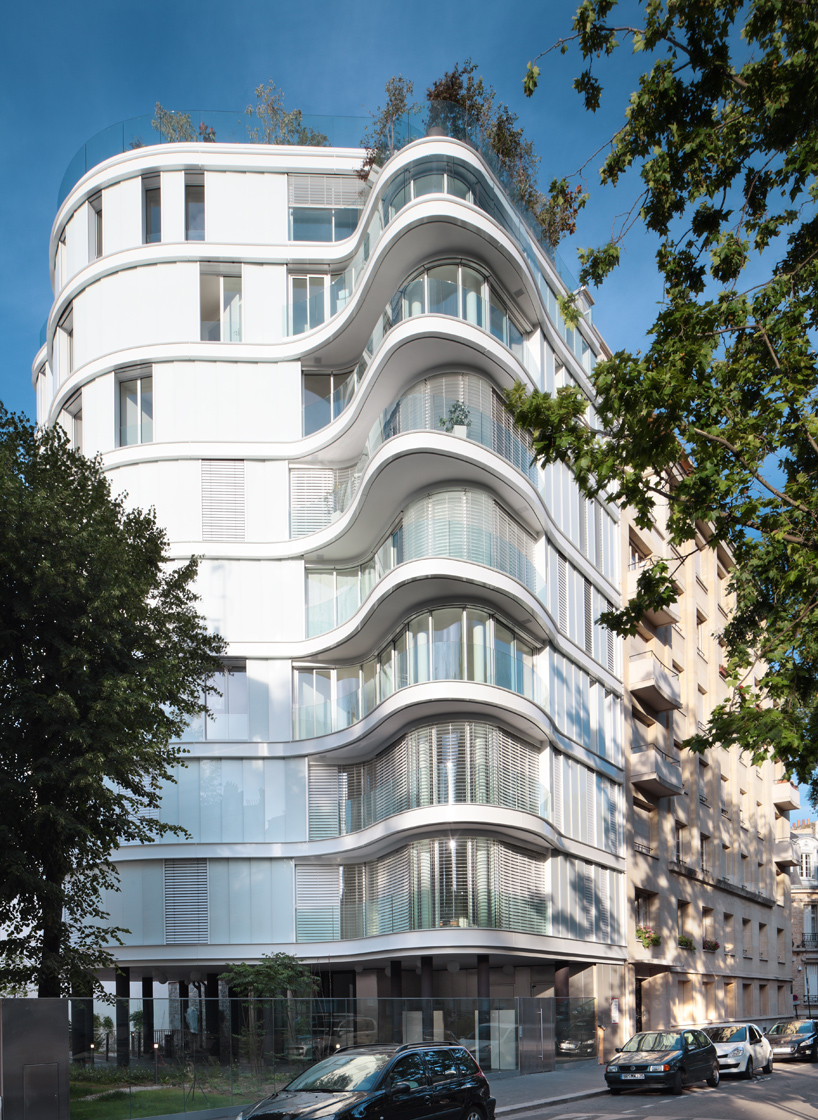 the focus on retaining the existing qualities of the plot, the landscape has shaped the plan of the building to be ‘U’ shaped; the lifted structure forming the entrance and lobby. surrounded by trees, the courtyard can be seen from the spacious apartments due to the glass façades, while the road-facing lots lead onto the curving balcony. topped with a rooftop garden, the dynamic form stands out along the street and at the same time, is not harsh against its neighboring buildings. 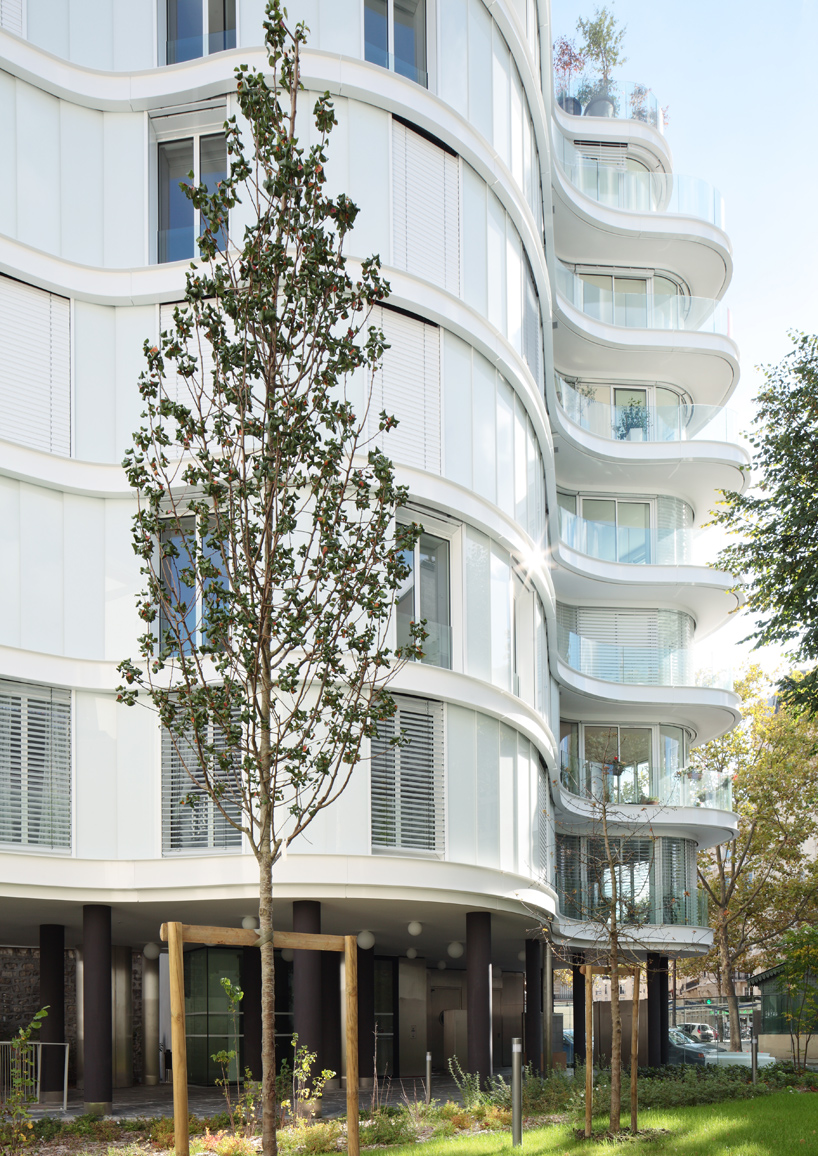 the block is surrounded by a garden landscape

‘this organization generated a balance for the neighborhood, a kind of landscape stability with a structural void, a punctuation in the street, a moment of silence. aware of the changes due to the realization of a new project, we wondered how we could give new qualities to the neighbors. a wall has been replaced by structural glass, totally transparent and opening completely the garden on the entire line on rue de saxe.’ – ecdm 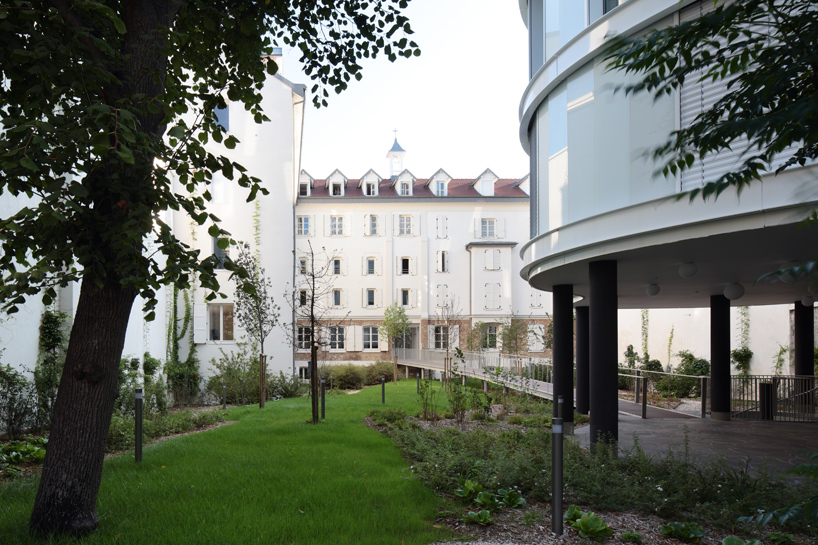 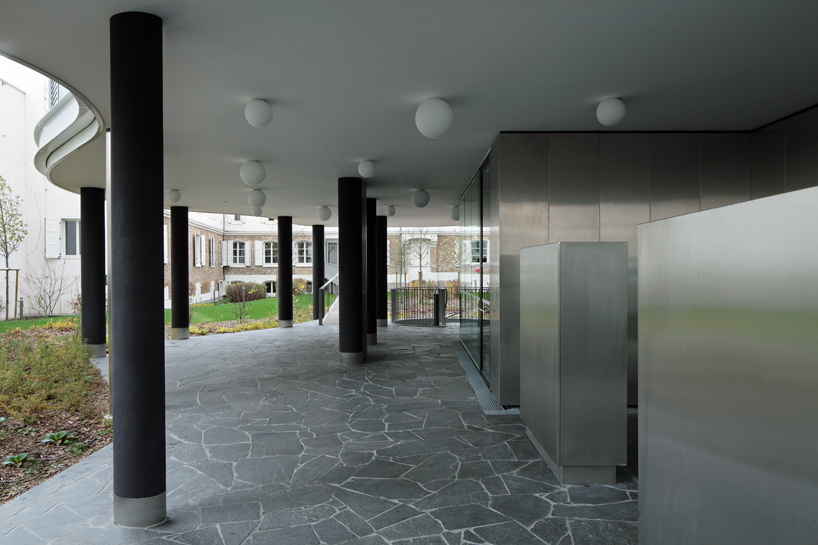 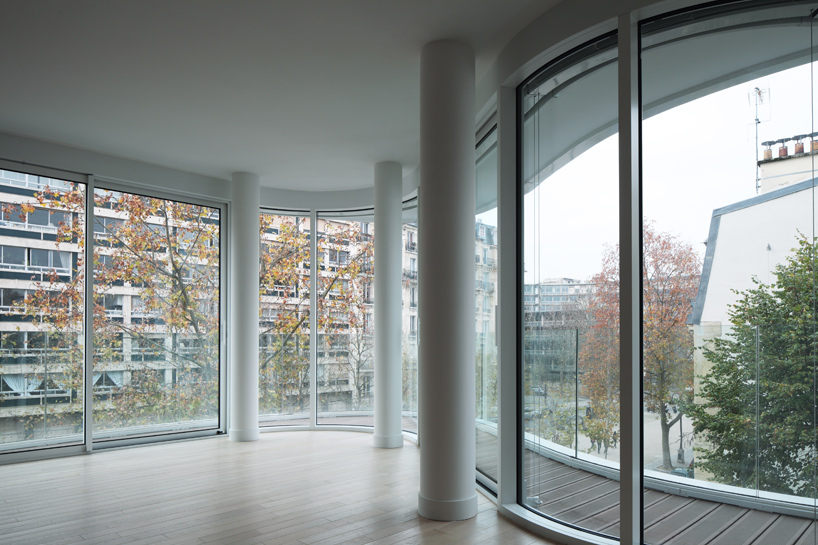 inside, the apartments have been shaped by the curving nature of the building 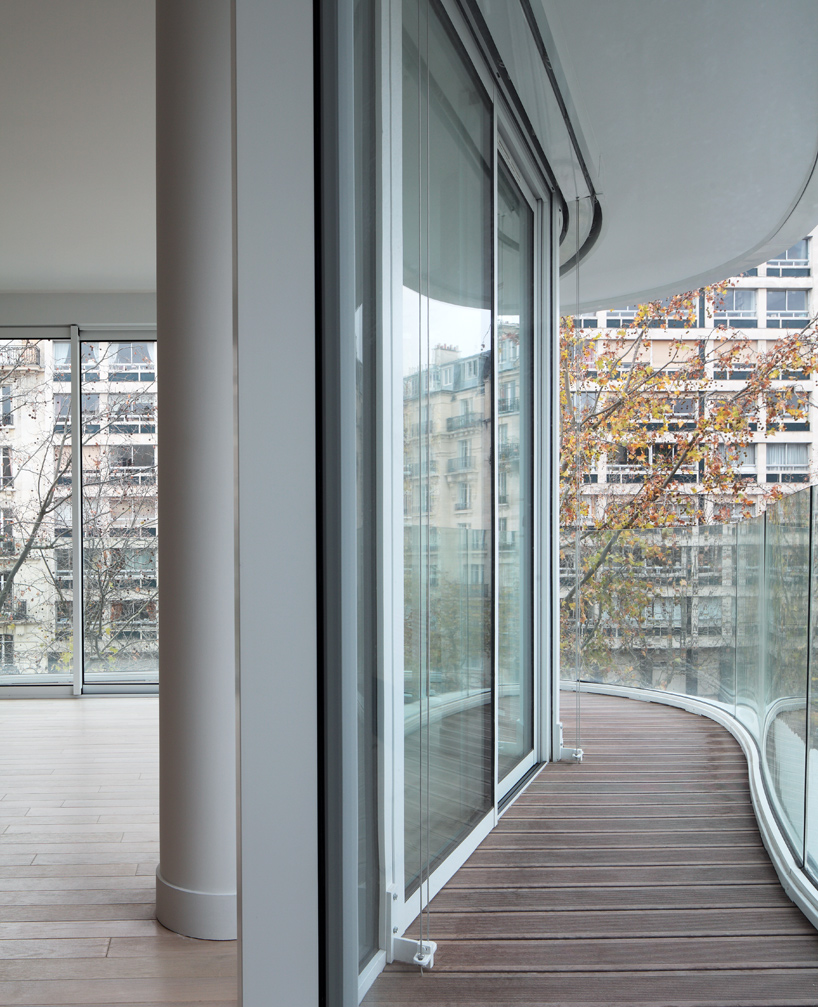 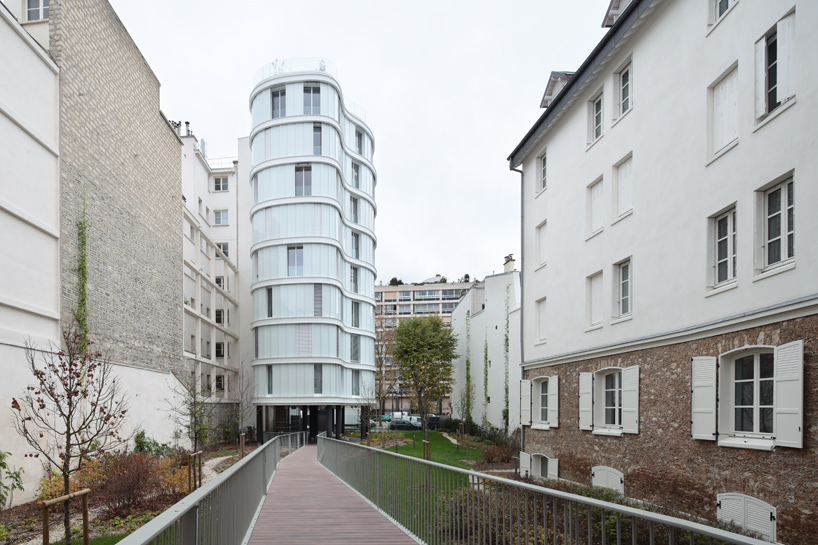 a path leads from villa saxe, through the courtyard and to another set of buildings 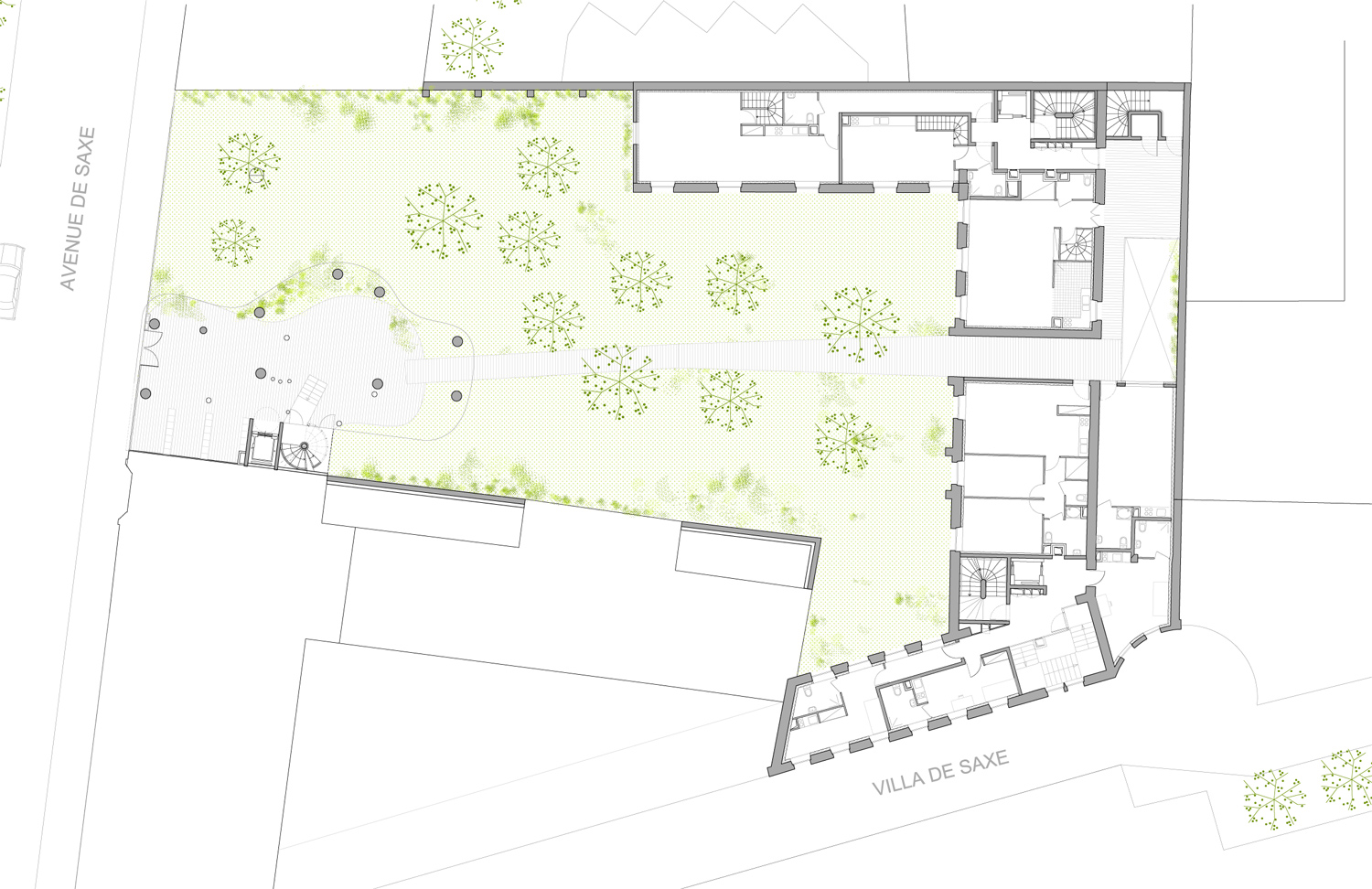 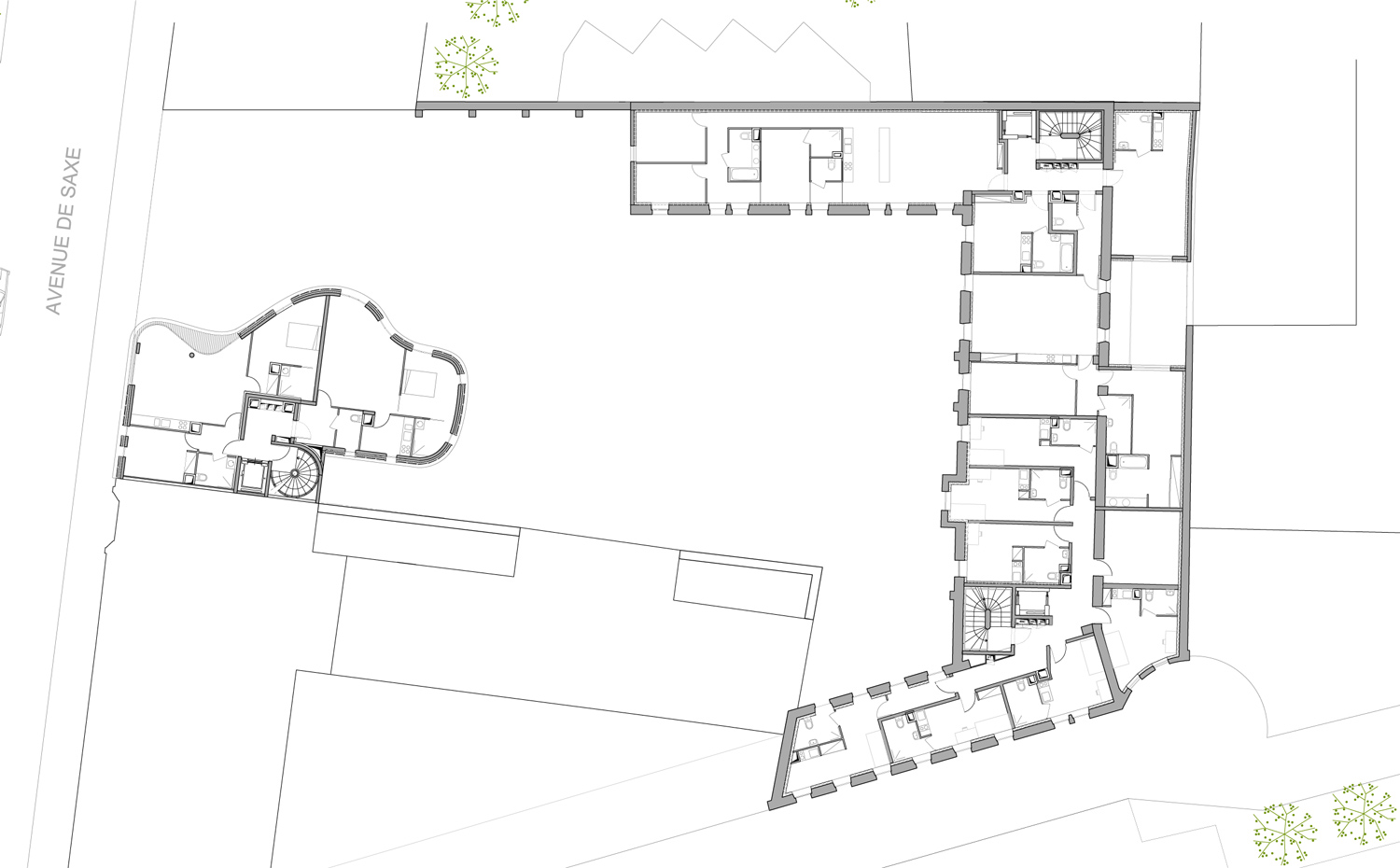 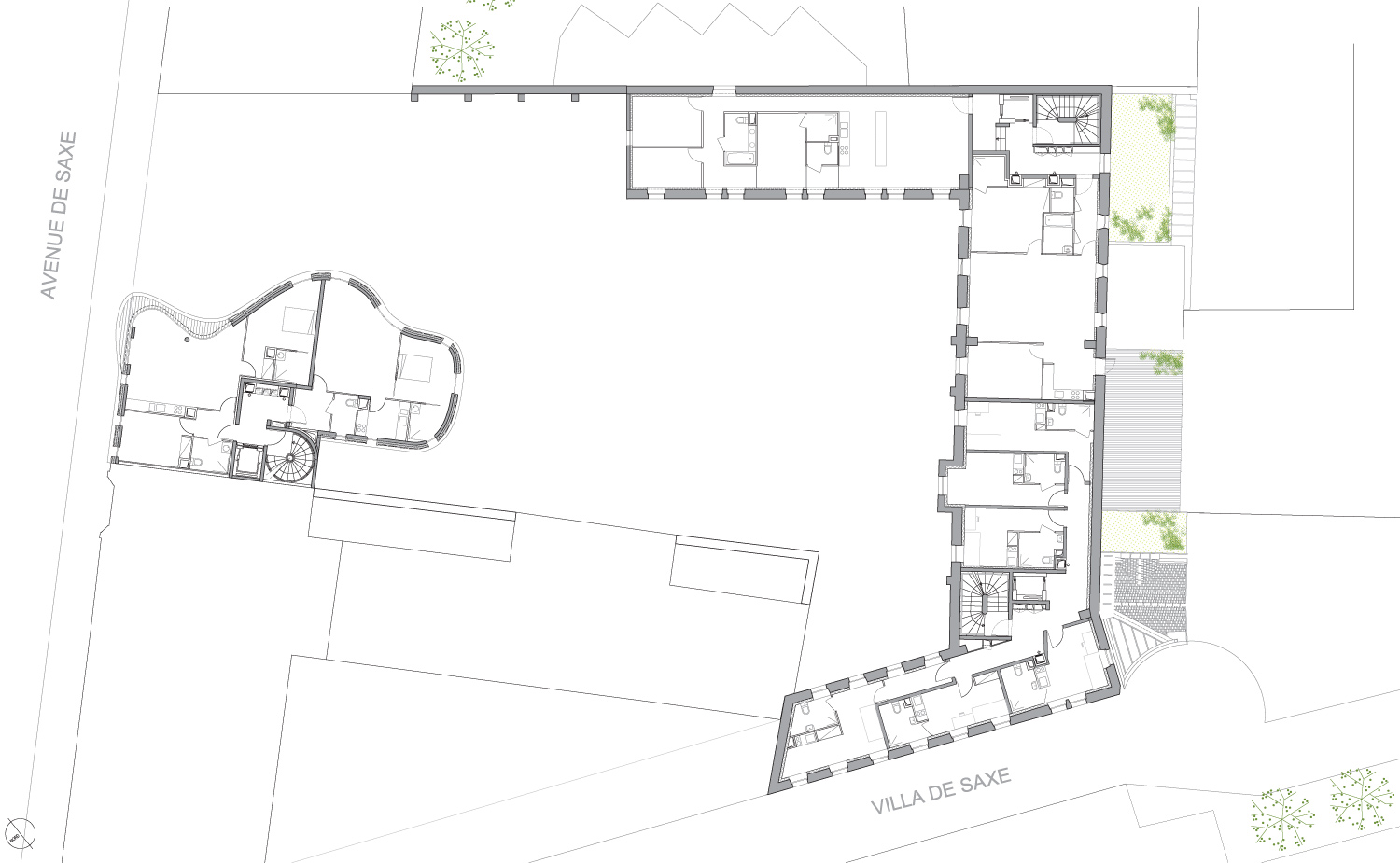 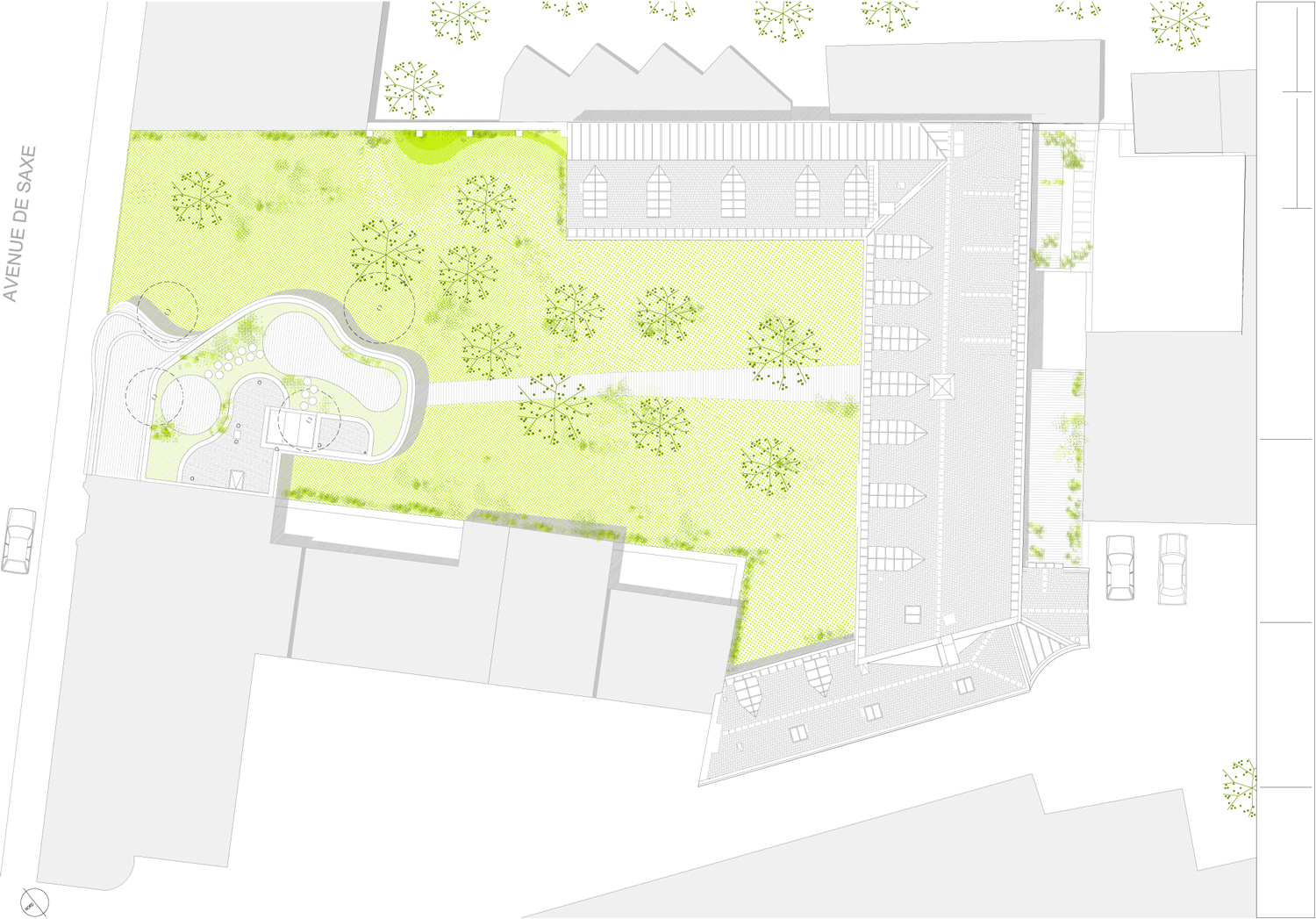 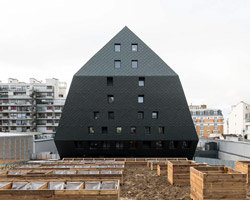 Jan 17, 2018
ECDM sets an anthracite grey dwelling in the heart of a multidisciplinary complex in paris 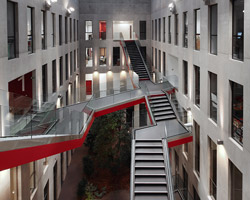 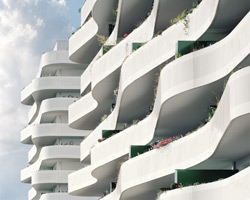 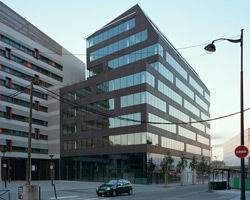