czech practice edit! has proposed a passenger terminal building for hong kong. this gateway envisions a living link between the city’s boundary with mainland china that embraces both pedestrians and vehicles. the landmark structure gracefully spans the shenzhen river increasing accessibility by organizing modes of traffic. serving as a controlled boundary point, the sweeping raised form softens the appearance of necessary functions including ground level truck parking. 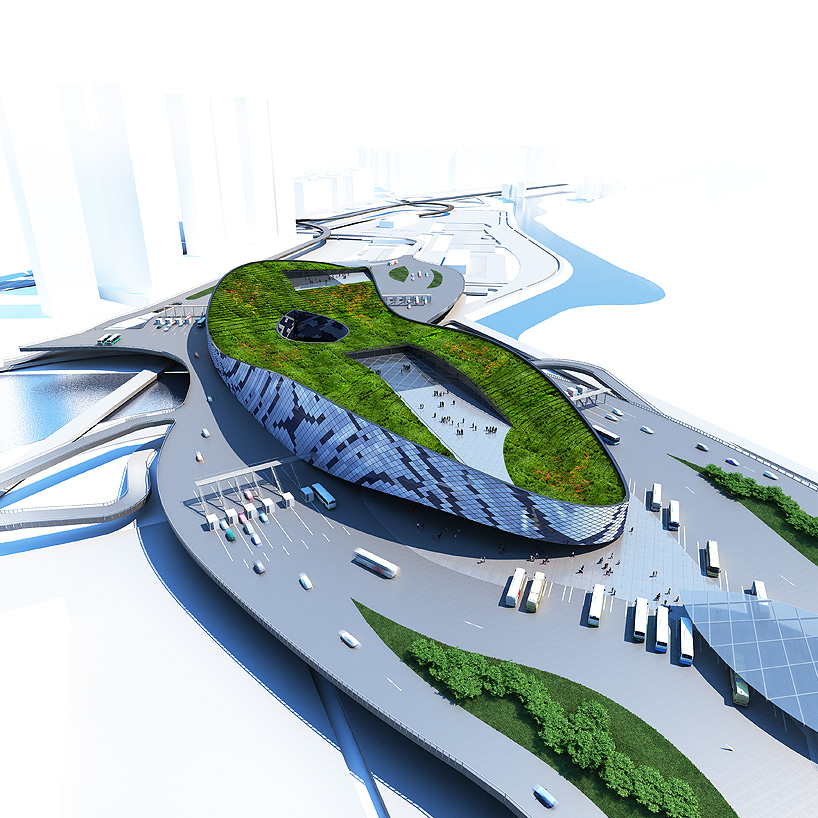 effortlessly lifted off the ground, the entrance invites pedestrian travelers to a series of escalators. once inside, visitors may promptly cross the river or venture into the bridge’s upper levels. a green roof composed of a series of terraces is reminiscent of the predominant south china landscape while still complimenting the surrounding urban architecture. vehicular traffic is diverted along the perimeter of the building allowing an unobstructed view of the city and water. 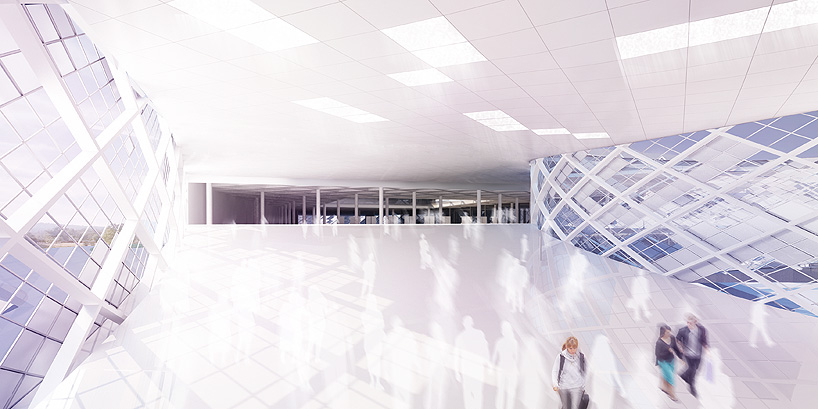 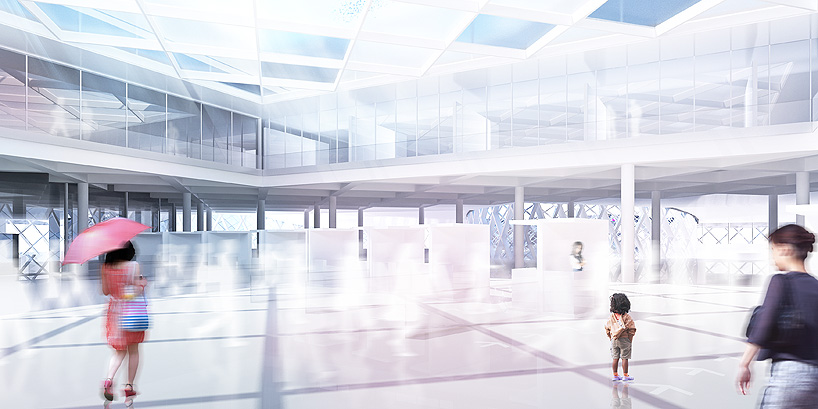 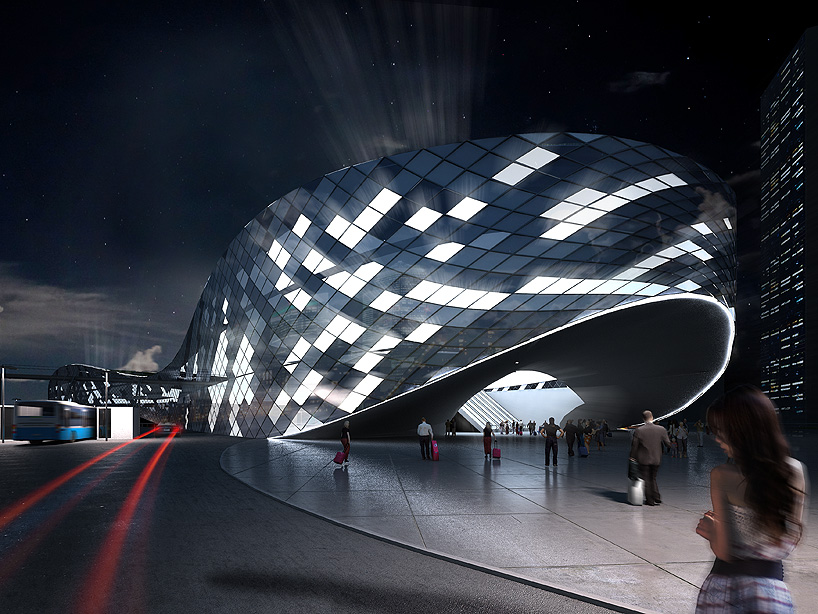 entrance from the north 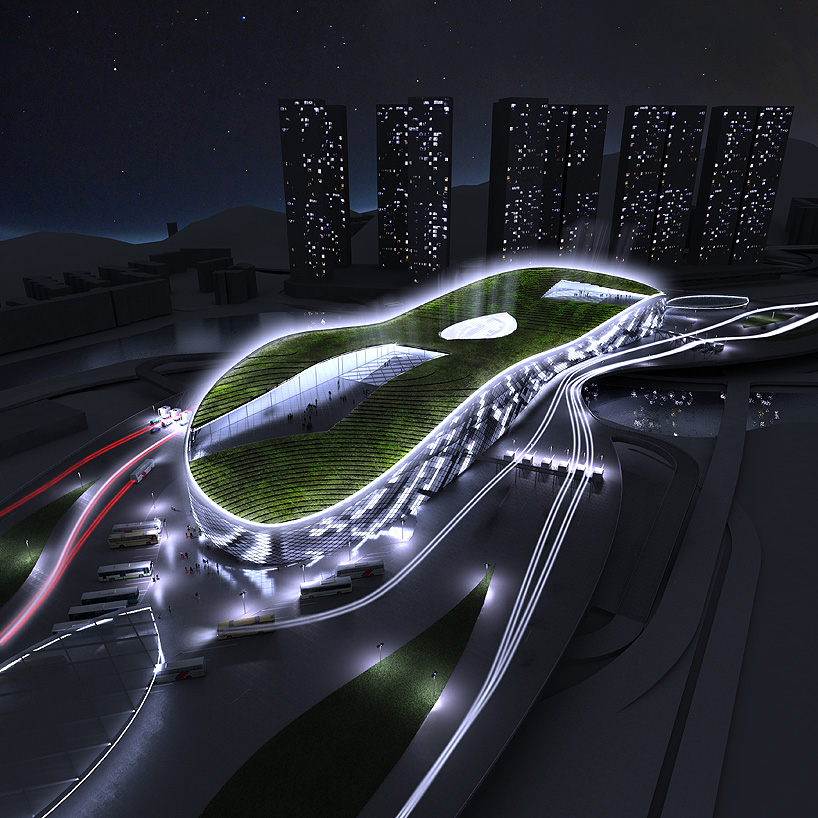 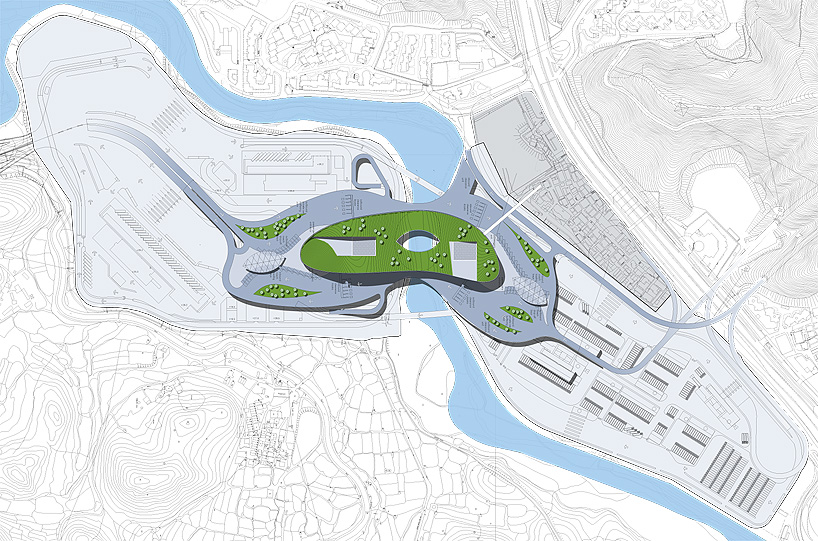 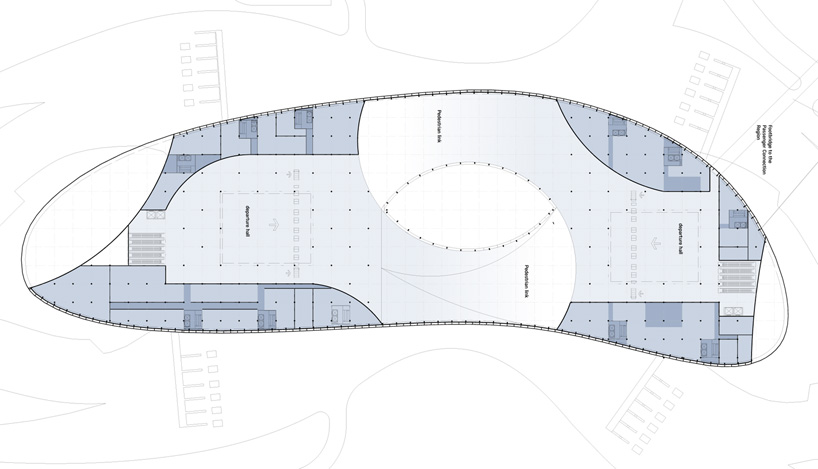 Oct 26, 2020
compact 'huaira' dwelling in ecuador generates a negative carbon footprint
the modular design is replicable, scalable, and is elevated in response to the heavy rain and flooding river.
architecture
521 shares
connections: +1090

Oct 22, 2020
two bright orange, mesh fabric installations by behin ha pop up in denmark
titled 'together apart', the projects were influenced by the studio's reflections on the nature of social gathering during the 2020 pandemic.
architecture
700 shares
connections: +1230