for his final master’s thesis project, architect eduardo camarena has proposed a vertical city located in downtown são paulo. the project comprises a group of vertically distributed public spaces combined with a pay-per-hour capsule hotel. the building floats over a further public area that expands and creates new pedestrian connections between the three sides of the city – previously separated by highways.

stacked internal volumes intersect or overlap, creating different relationships between the public programs, and contrasting the domestic scale of the hotel rooms. on some floors the separation consists of a simple curtain that every visitor can cross, while on others this partition is a movie screen, or simply nothing at all. the dual nature of the program provides space for both silence and contemplation in juxtaposition to the effervescent activity occurring simultaneously. consequently, the vertical city creates a new relationship between isolation and inclusion in são paulo. 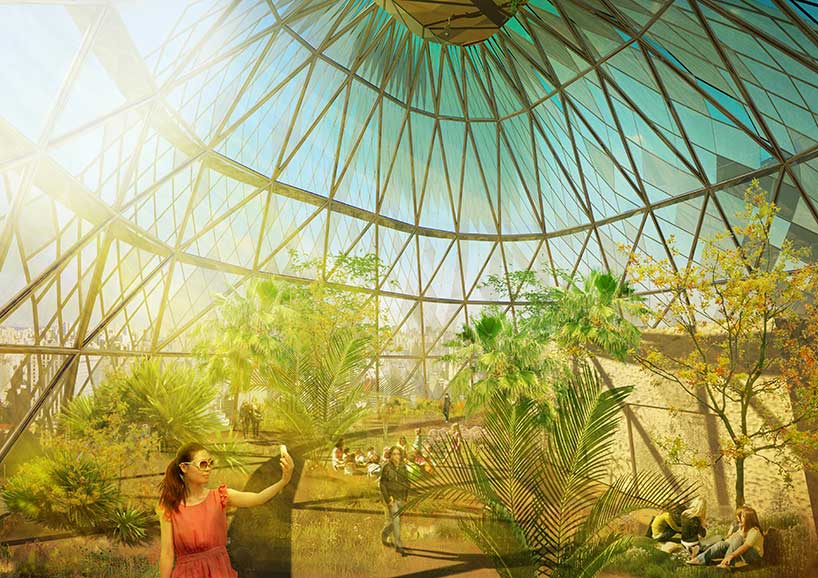 public gardens under the top dome 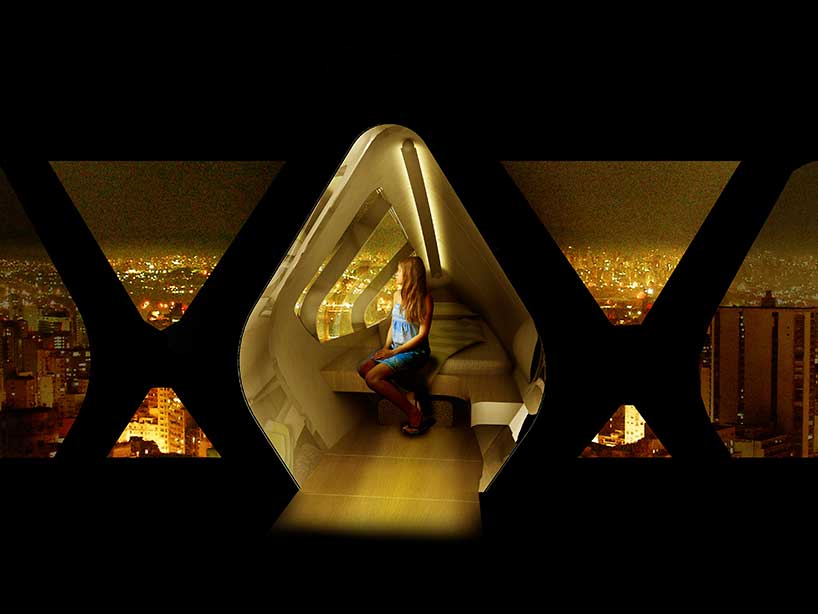 experience of são paulo at night through a capsule 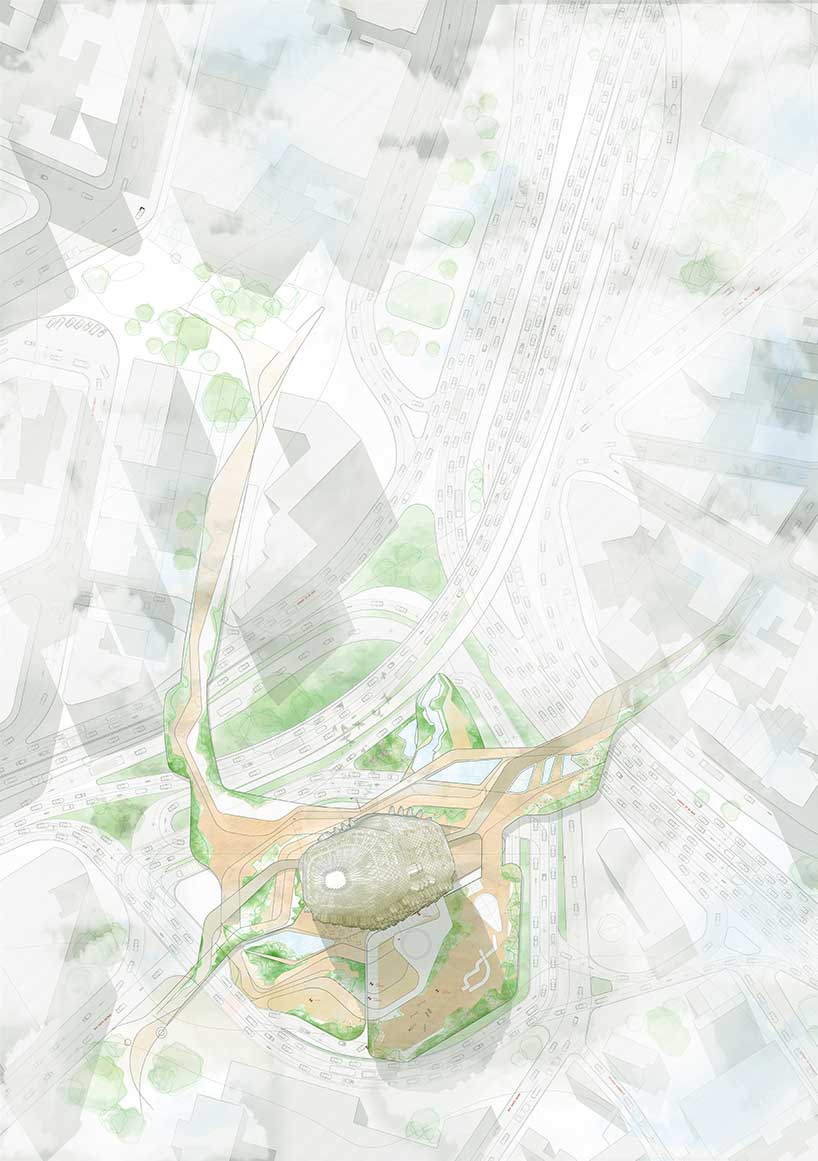 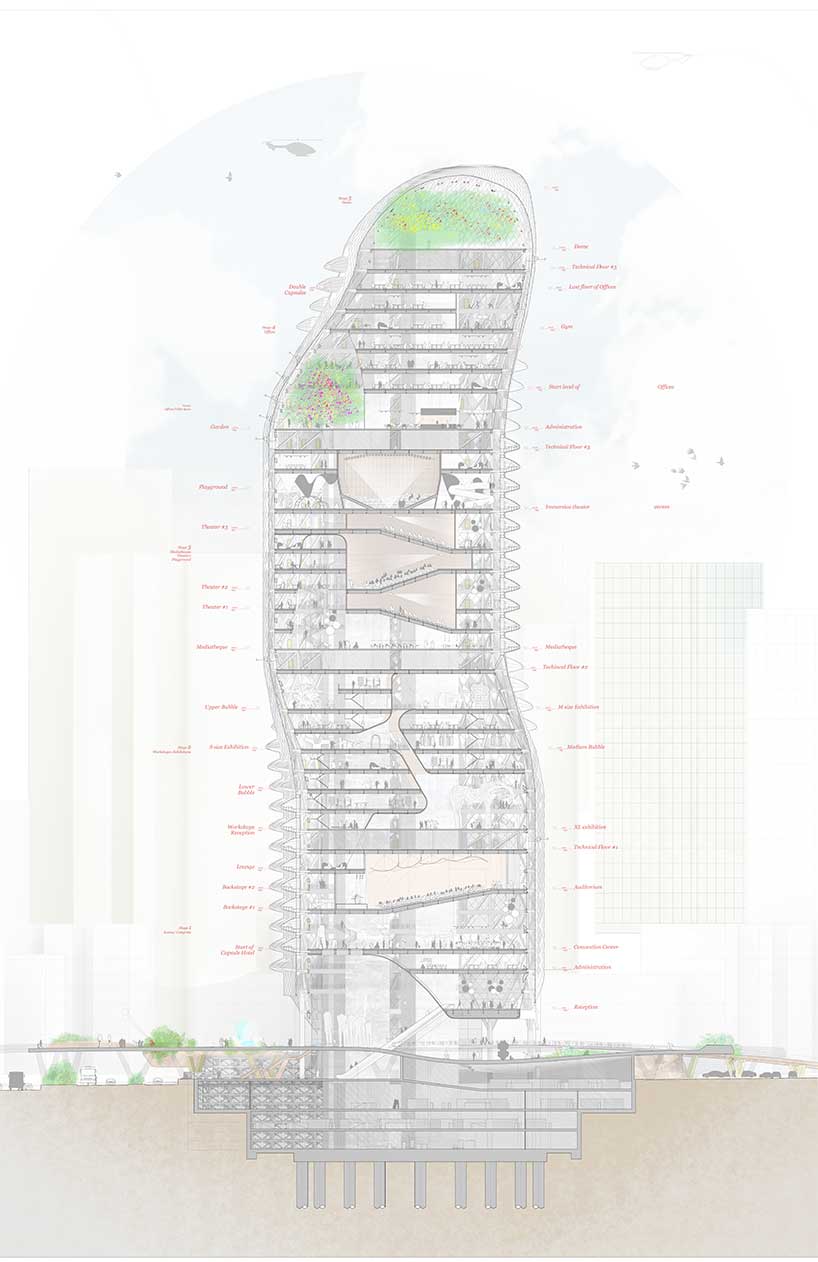 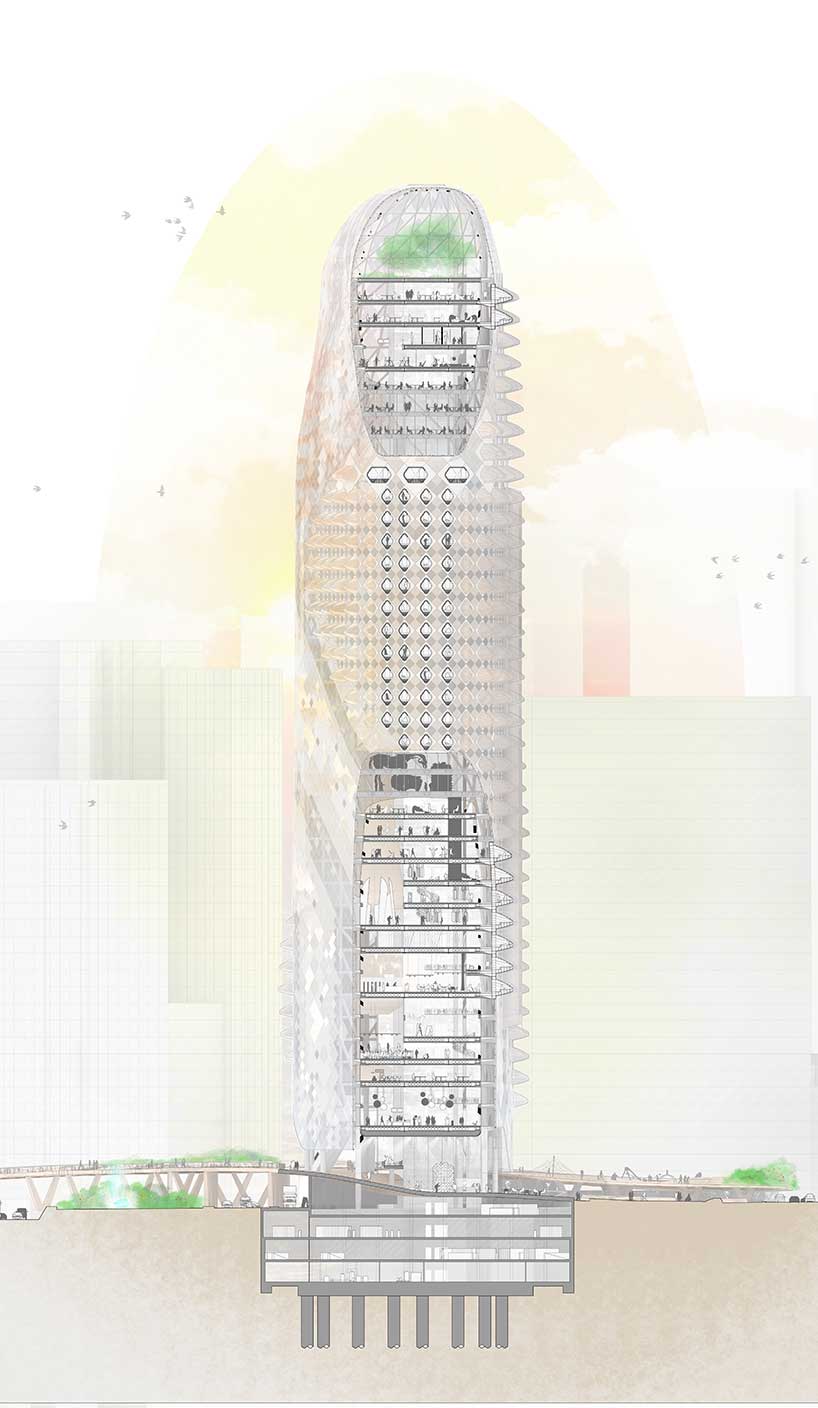 section through the twisting shape of the building 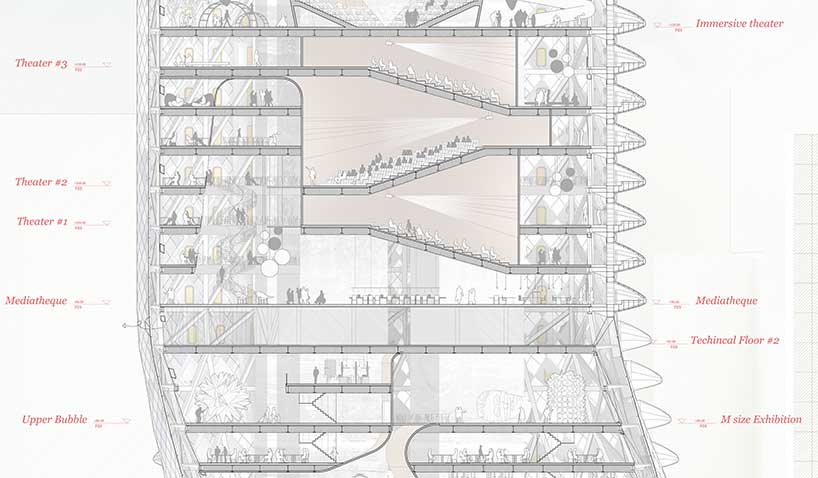 cinemas stacked one over another over huge exhibition spaces 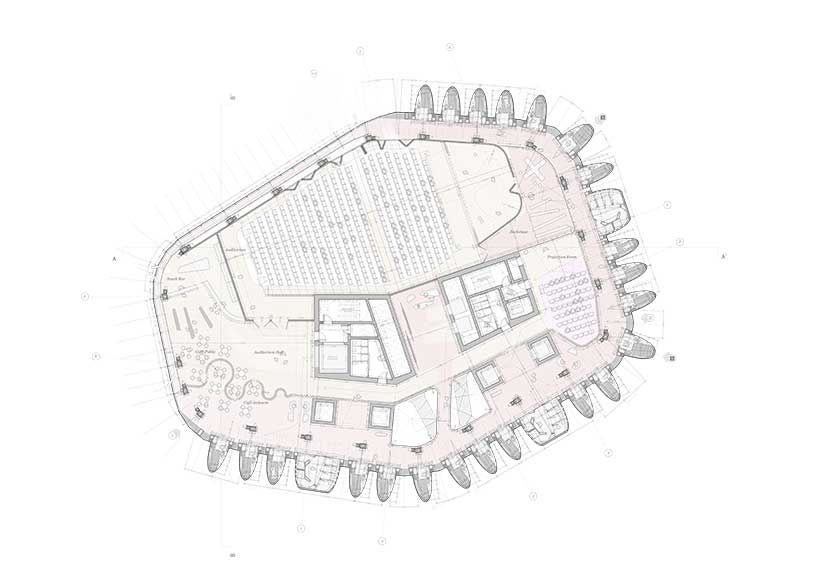 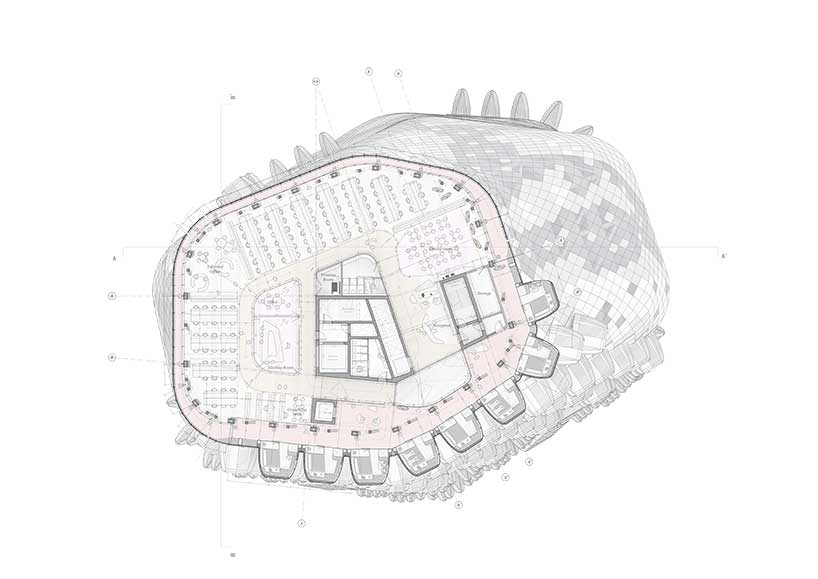 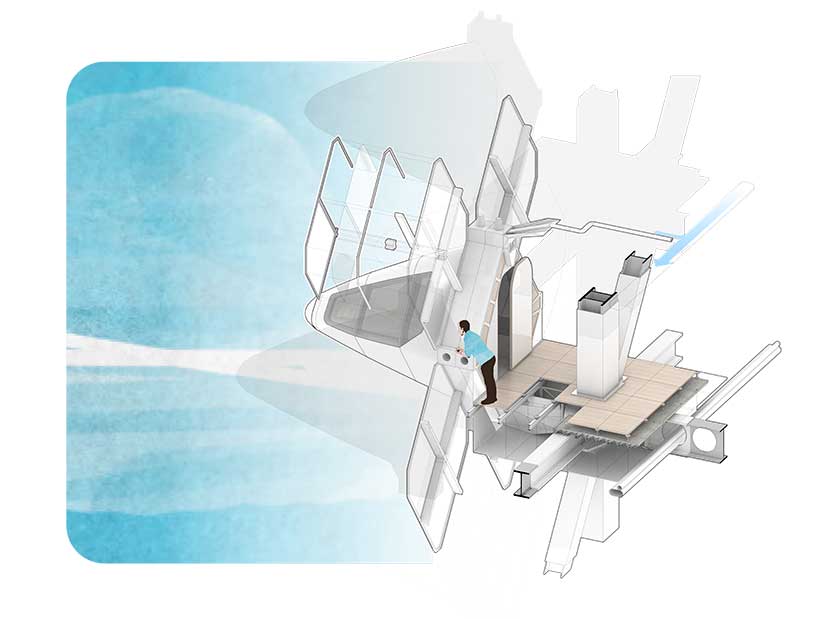 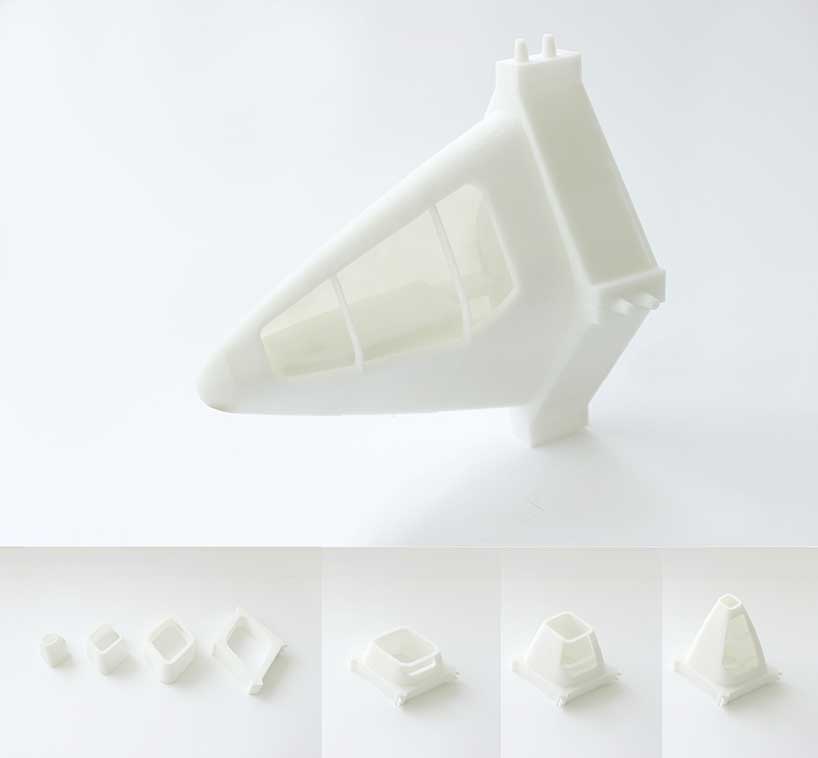 3D printed prototype of one of the capsules 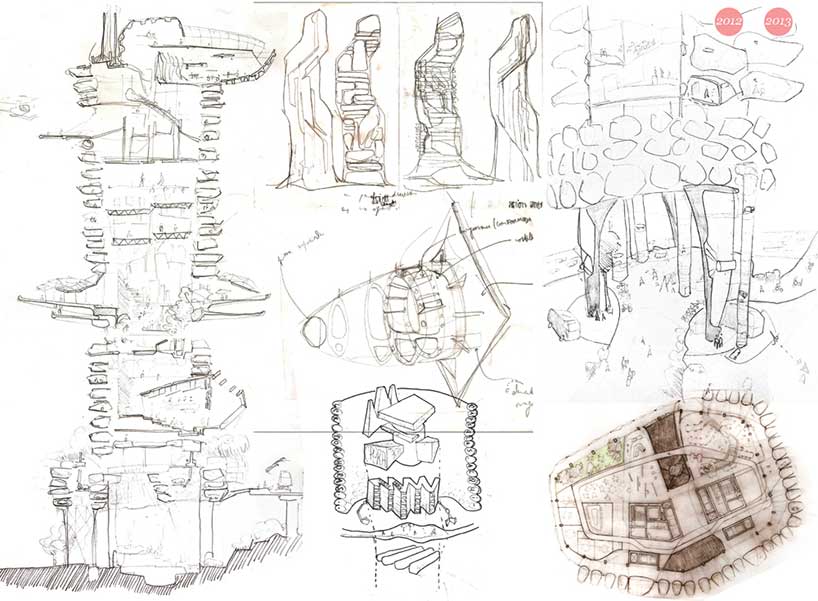 conceptual drawings of the design process