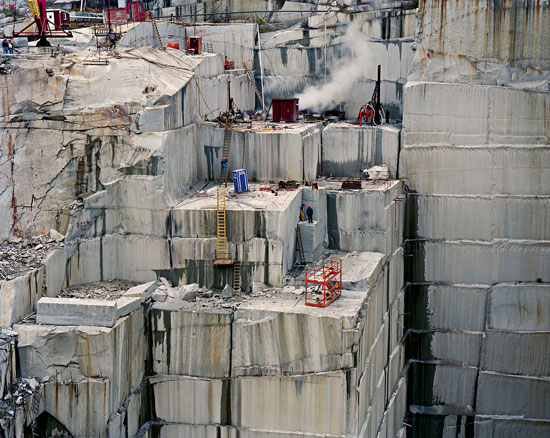 photographic artist edward burtynsky brings environmental cause and effect to attention with his collections that
highlight  the interaction between industry, construction and the natural environment. burtynsky’s images show
the compromise between natural and man-made beauty as a consequence of industry. burtynsky’s work ranges
from ship yards to quarries, from oil refineries to recycling plants. 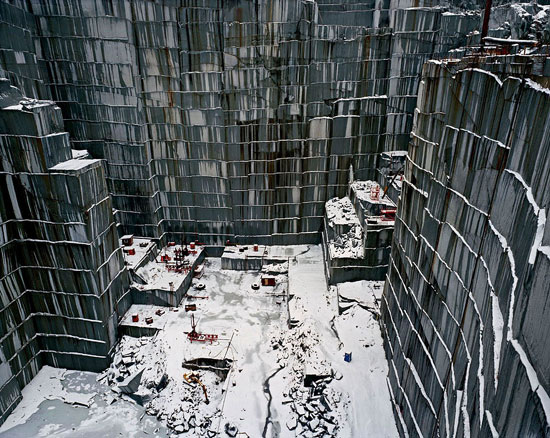 ‘carving a new landscape from ancient lands, quarries which provide the marble, the stone and other materials
for building create a dramatic but damaged scape and a very visual reference to the conservation issue:
a natural formation manually reconstructed into an unnatural but yet undeveloped space. quarries are abandoned
after they have served their purpose scarring the landscape and creating a different magnificence to be awed
at or appalled by.’ – WAN 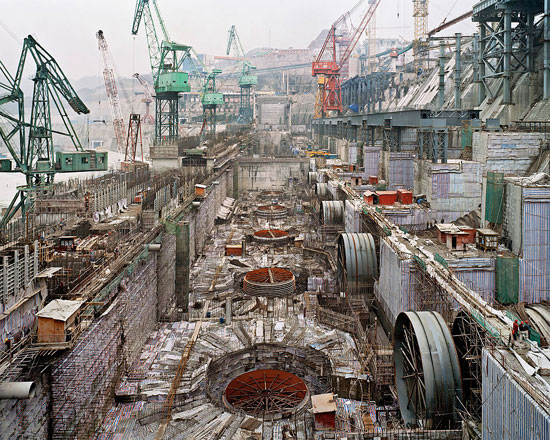 ‘the three gorges dam is the world’s largest and most powerful hydroelectric dam. located on the yangtze river,
and straddling hubei and sichuan provinces, the dam stretches two kilometers across (five times wider than
america’s hoover dam) and stands 185m high. its completion will result in the creation of an adjacent 600-km lake.
construction, which began in 1993, is slated for completion by 2009. the dam’s primary functions will be to generate
electricity, control floods and provide for inland shipping. In full operation, this dam will generate 18,200 megawatts
of electricity from 26 turbines (the output of approximately 16 nuclear power plants). budgeted investment is nearly
25 billion USD but some dam watchers say costs could rise to as much as 75 billion USD by completion.‘ EB 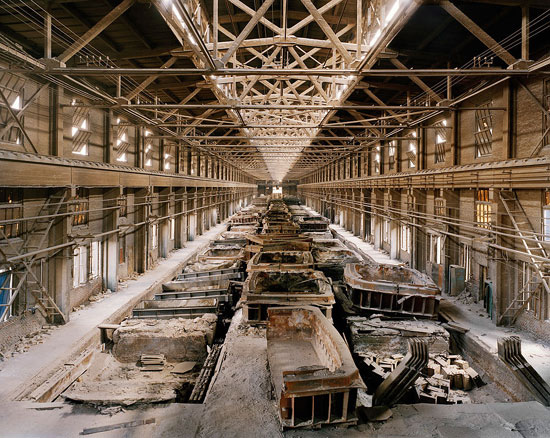 ‘these images are meant as metaphors to the dilemma of our modern existence; they search for a dialogue
between attraction and repulsion, seduction and fear. we are drawn by desire – a chance at good living, yet we are
consciously or unconsciously aware that the world is suffering for our success.‘ – EB
more 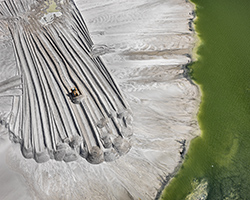 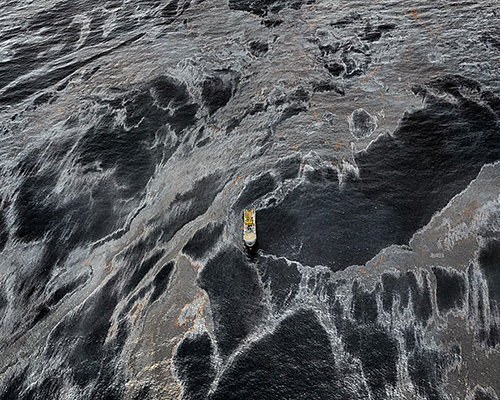