‘daycare center and municipal dining hall’ by elisa valero ramos is a single-storey facility on the banks of the beiro river north in the city of granada, spain. built on the former military property of los mondragones, the design integrates the site’s pre-existing context into the new structure by maintaining the old watchtower and curving its street facade to hug the nearby road. 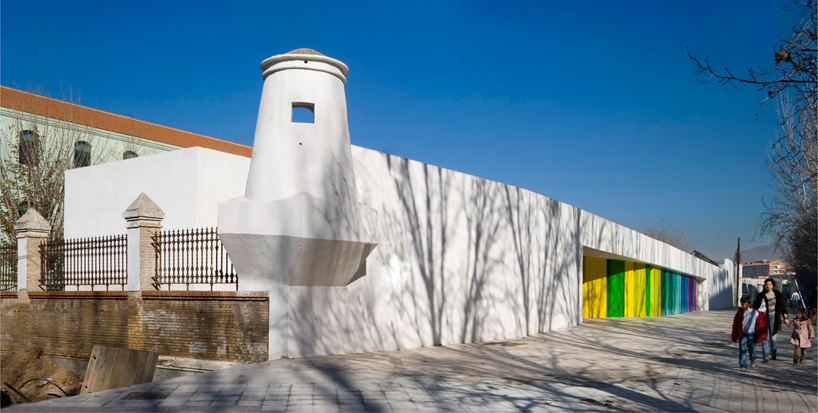 seeking to negotiate between the peculiarities of the site, its topography and orientation, the building is a white intervention that runs along the nearby river. a series of colorful panels on the facade creates a rhythmic and lively effect that refers to the daycare facility of the design. composed in three modules for children between the ages of zero to three years, the center’s interior spaces were conceived with the aim of facilitating learning and developing psychomotor activity. there is a strong relation with the outdoors, naturally lit with sunlight and promoting cross ventilation. the dining hall, located on the east, has the potential to be extended into the garden out back. 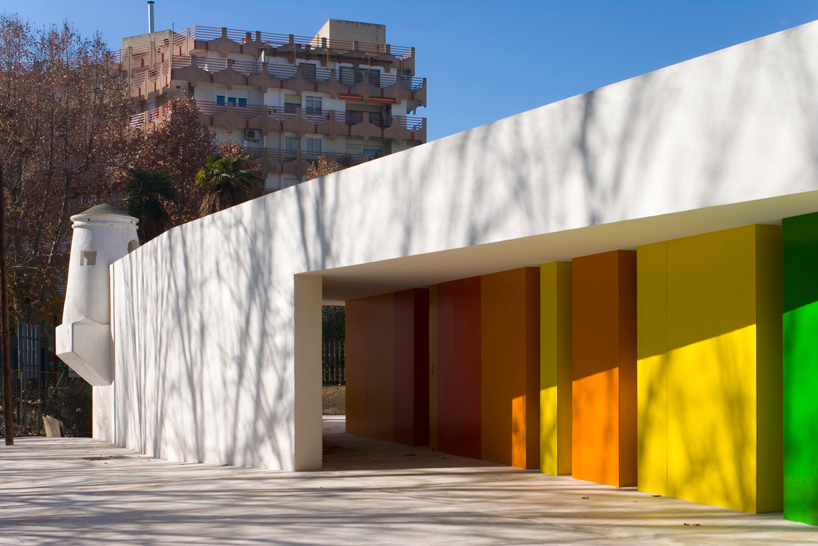 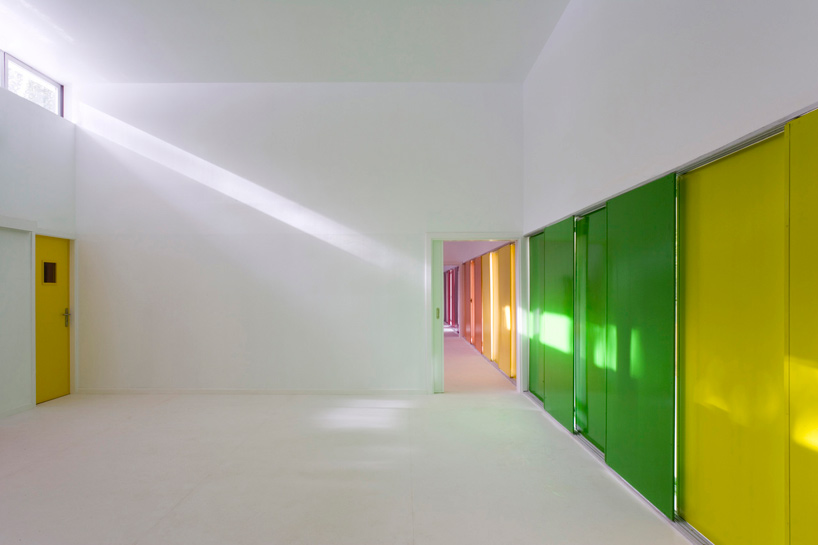 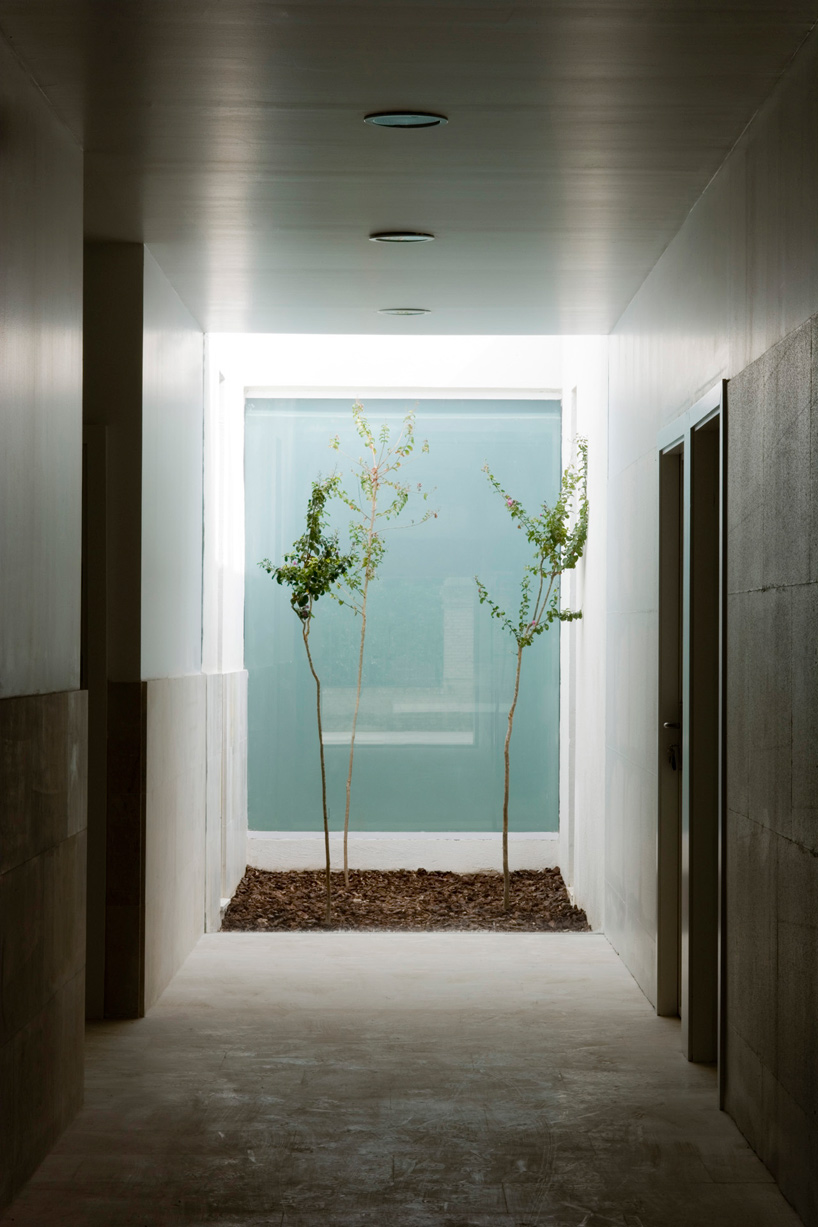 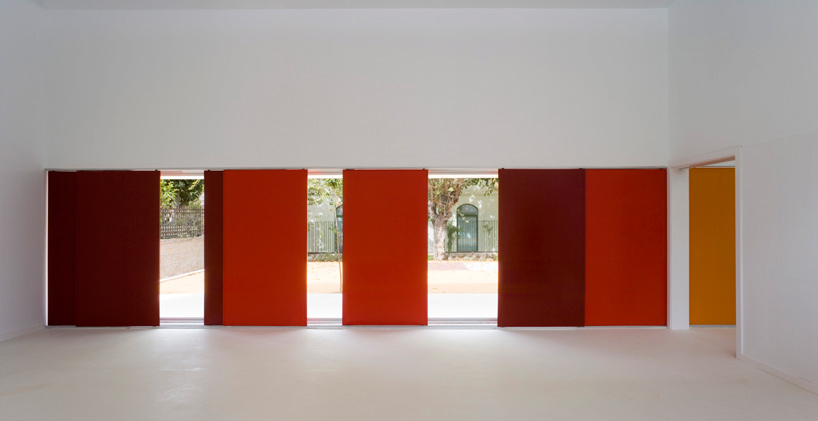 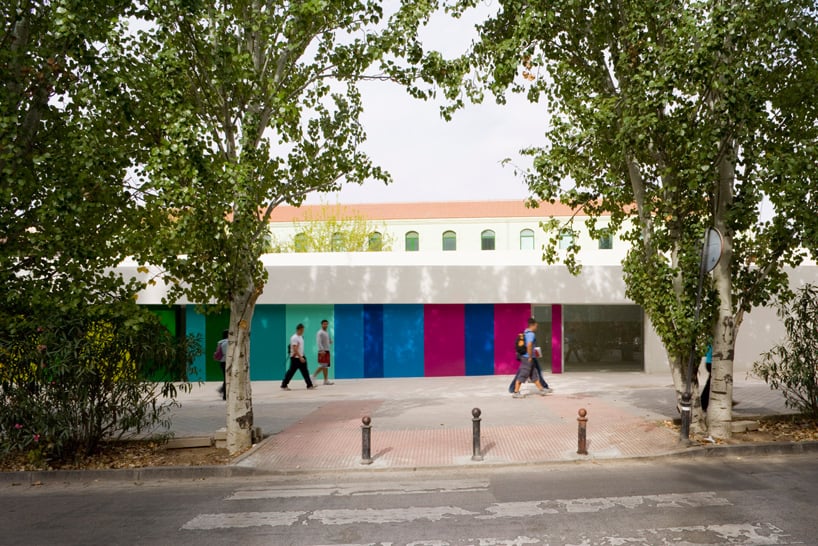 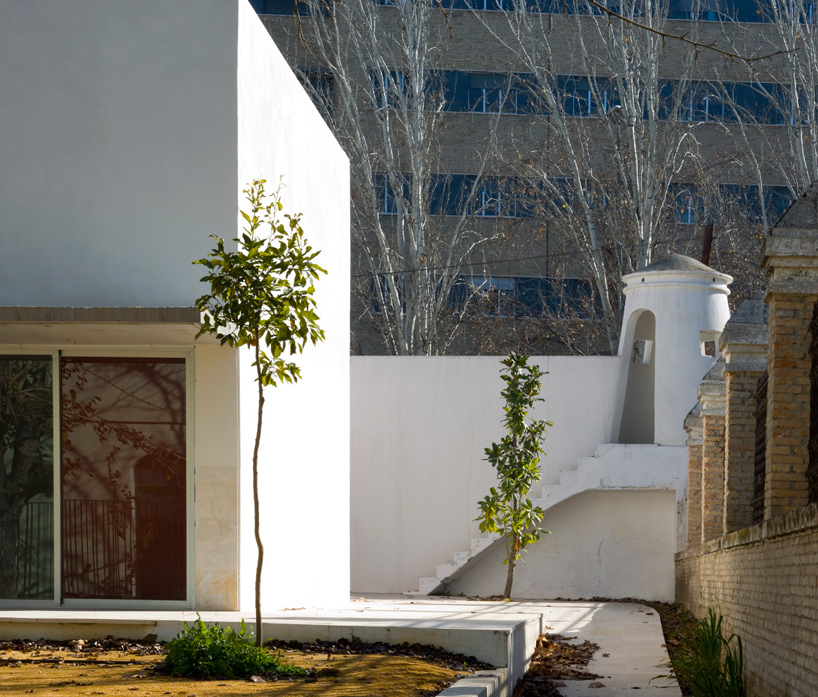 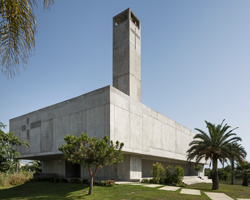 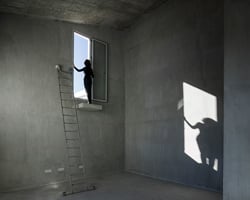 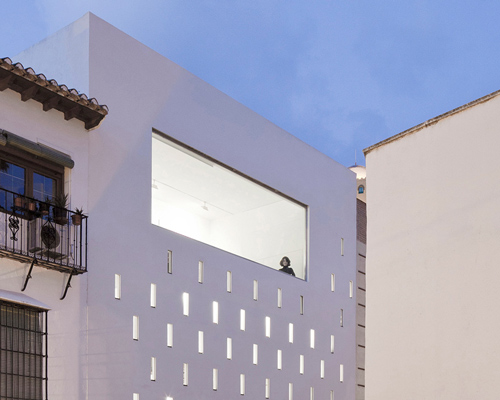 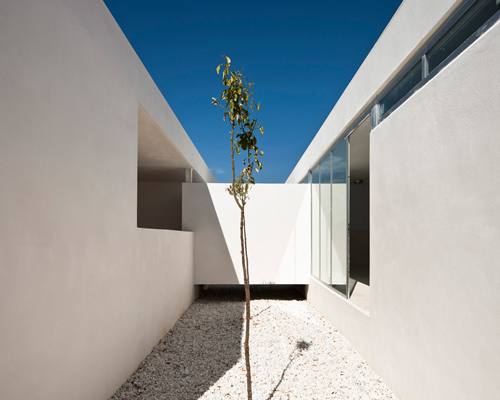