EM2N have entered the second phase of the complex for the swiss cinematheque. until recently the home of the national film archive was presented as a simple utilitarian accumulation of sheds. the existing structure, consisting of buildings arranged in a linear relationship to each other, is translated in the expansion project by means of new additions and remodeling into a composed, ambivalent form of parallel volumes of different lengths. only the end situation is marked by angled cuts. the principle of layering is also to be found in the interior. the three circulation systems above one another penetrate the parallel cross-walls vertically, allowing the serial organization to be directly experienced. whereas the public areas are concentrated in penthaz i, the archive itself is on the far side of the road in penthaz ii, which is conceived as a completely underground storage space that provides optimum protection for the culturally valuable artifacts. an urban disposition is developed that reacts to the adjoining farmland and creates a clear address for the institution. a shell of rusting steel encases the entire complex and binds new and old parts together. 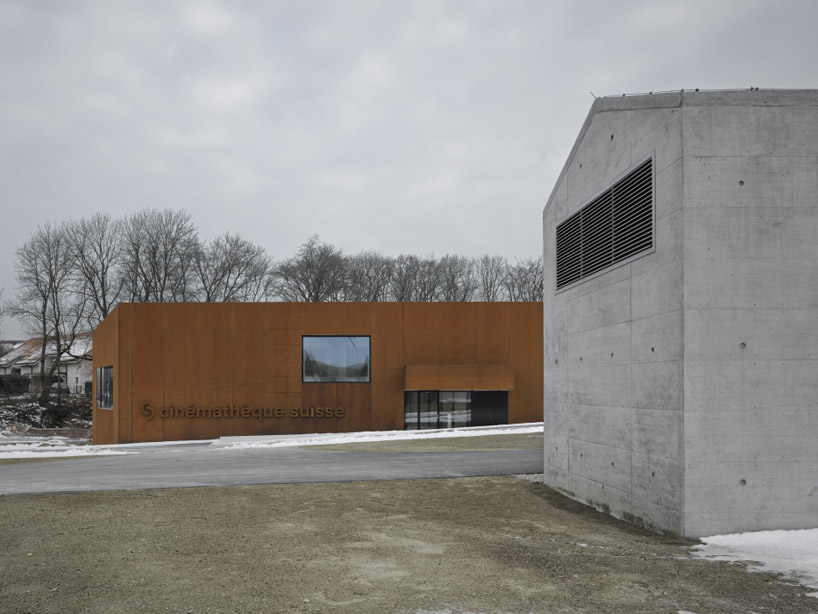 a  facade of rusting cor-ten steel encompasses the entire building, unifying the existing building and renovation 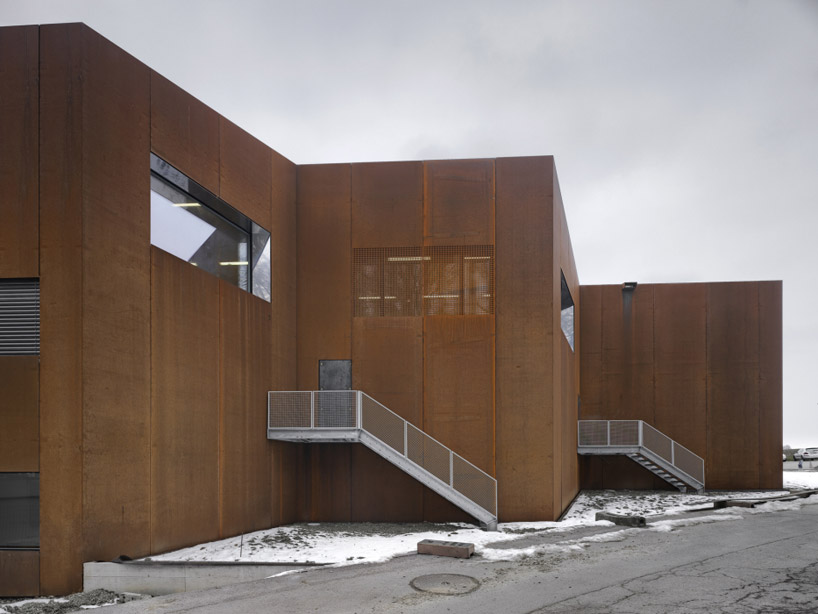 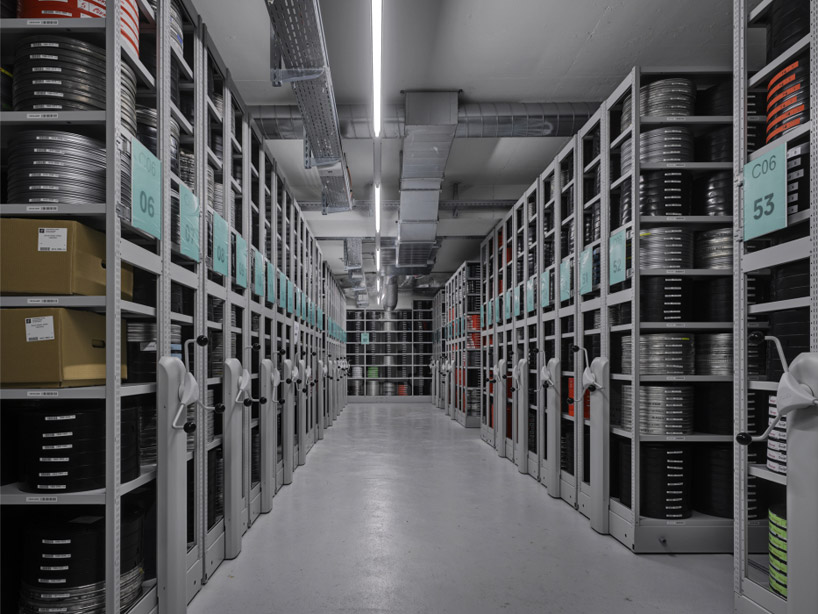 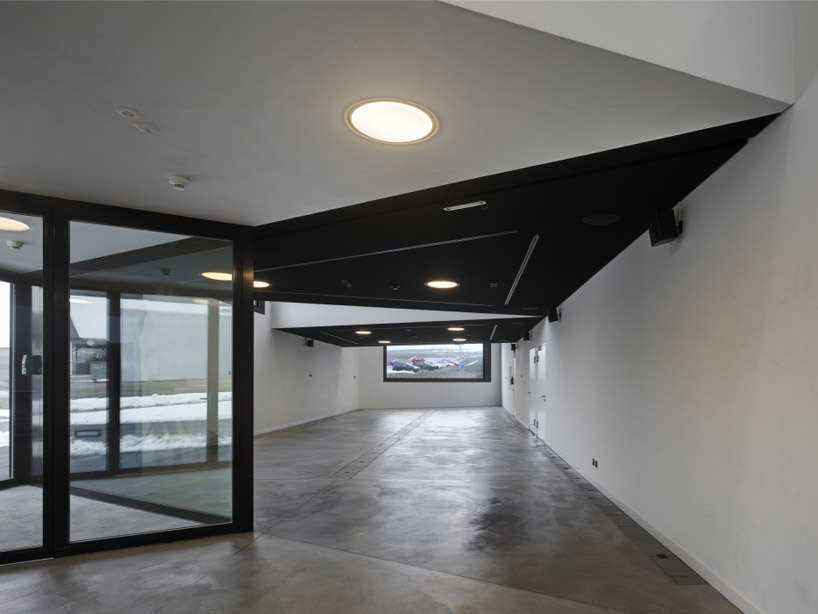 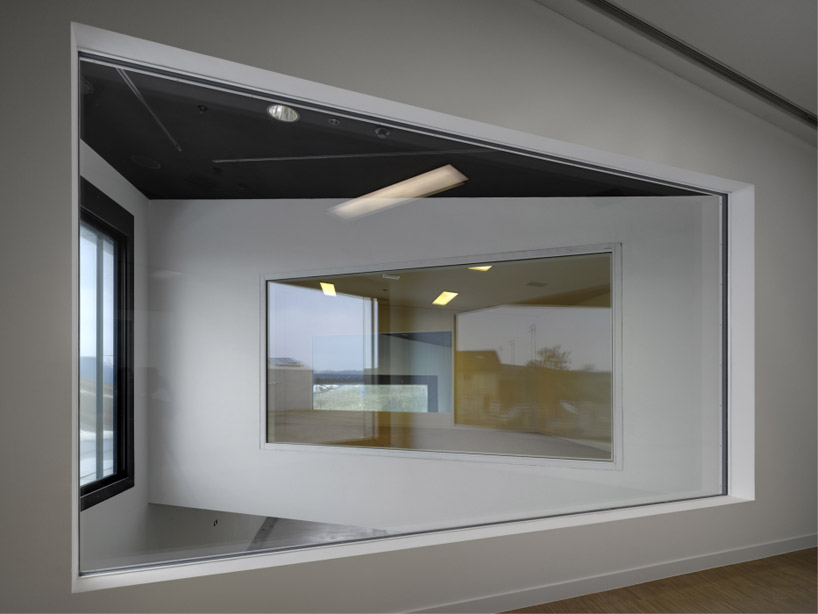 looking through the layered spaces of the cinematheque 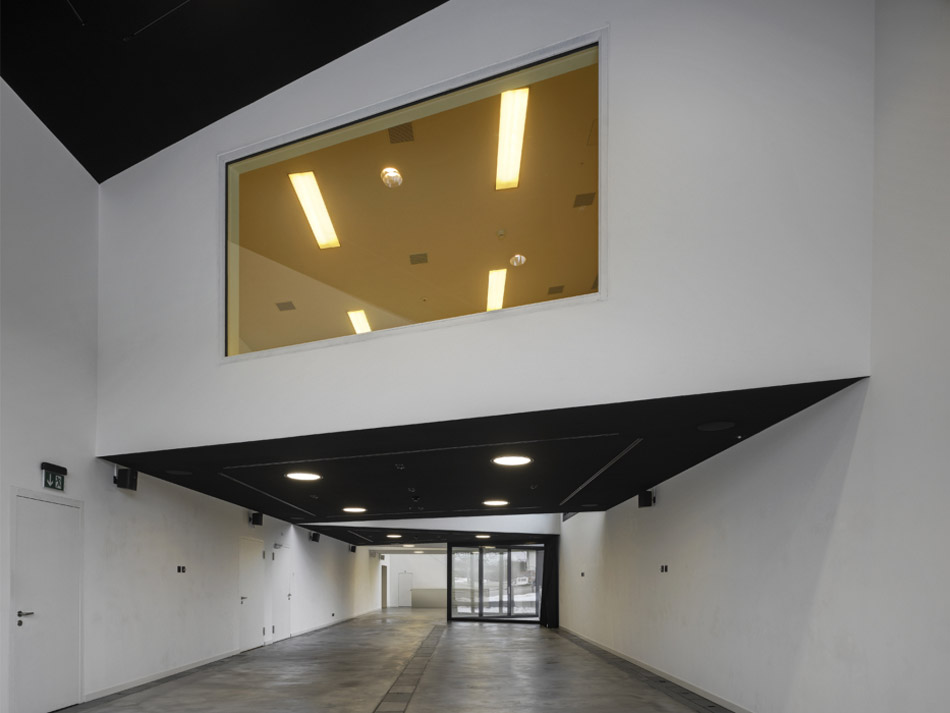 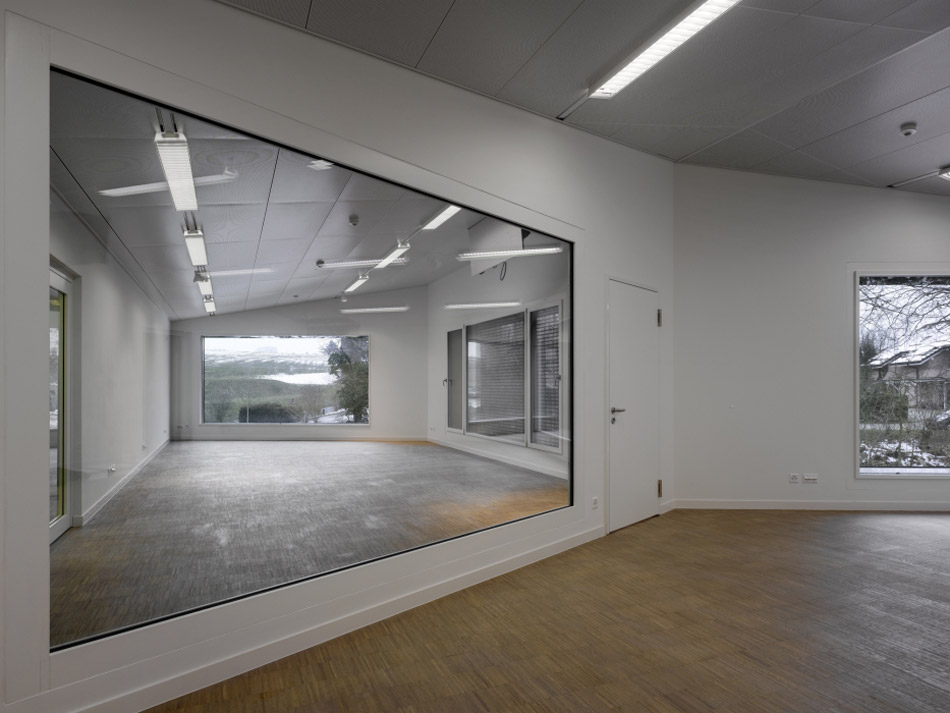 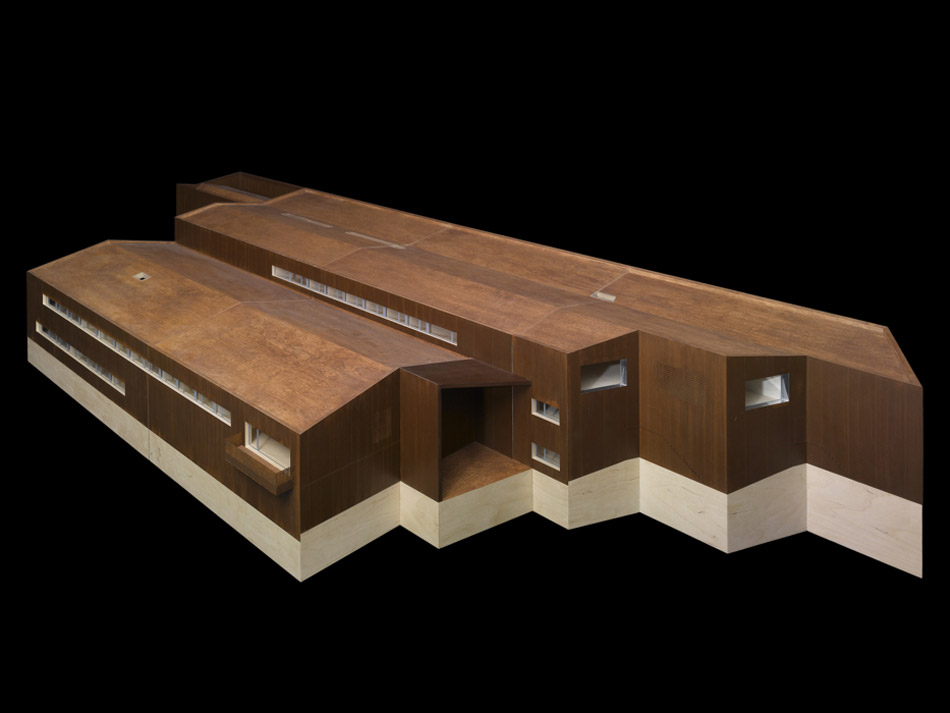 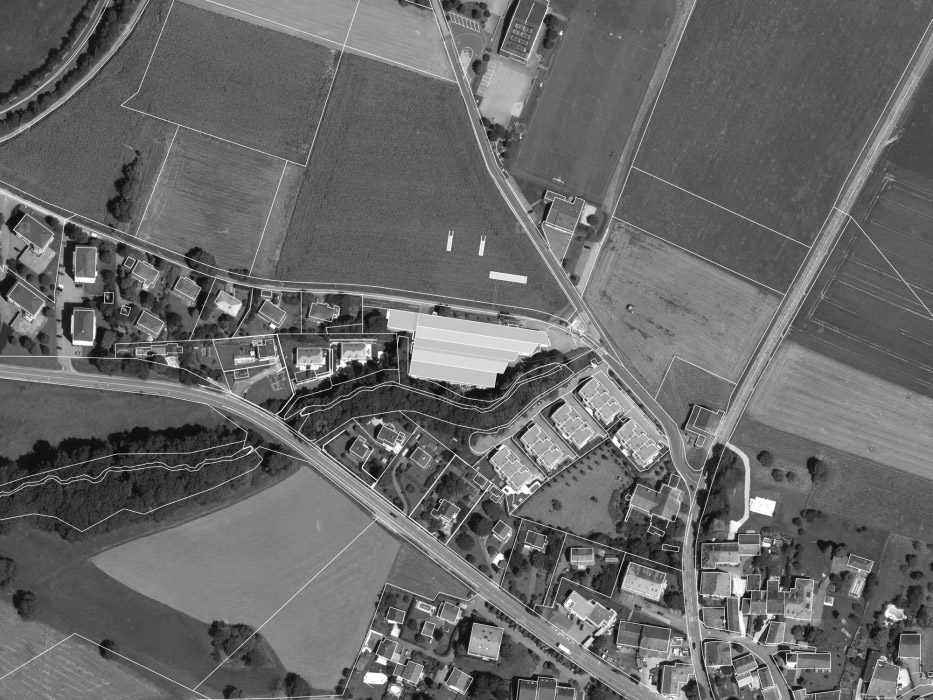 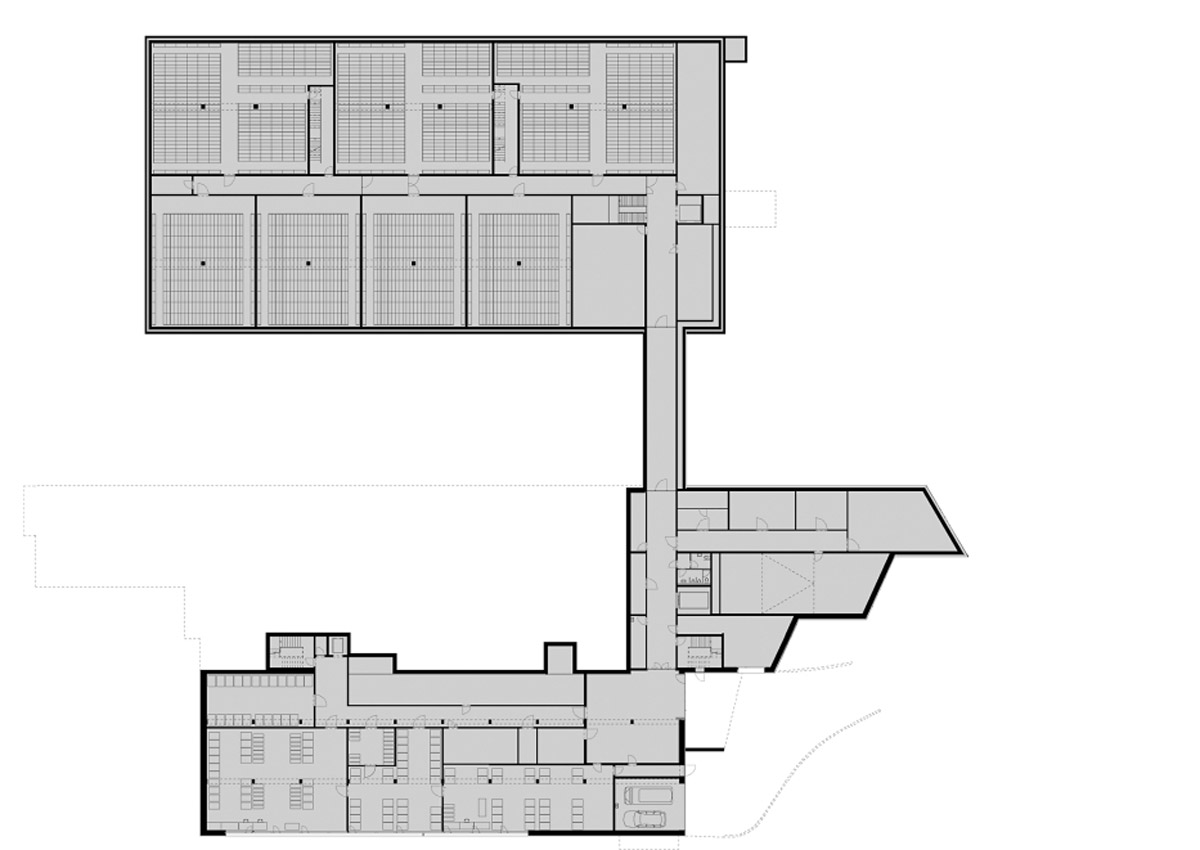 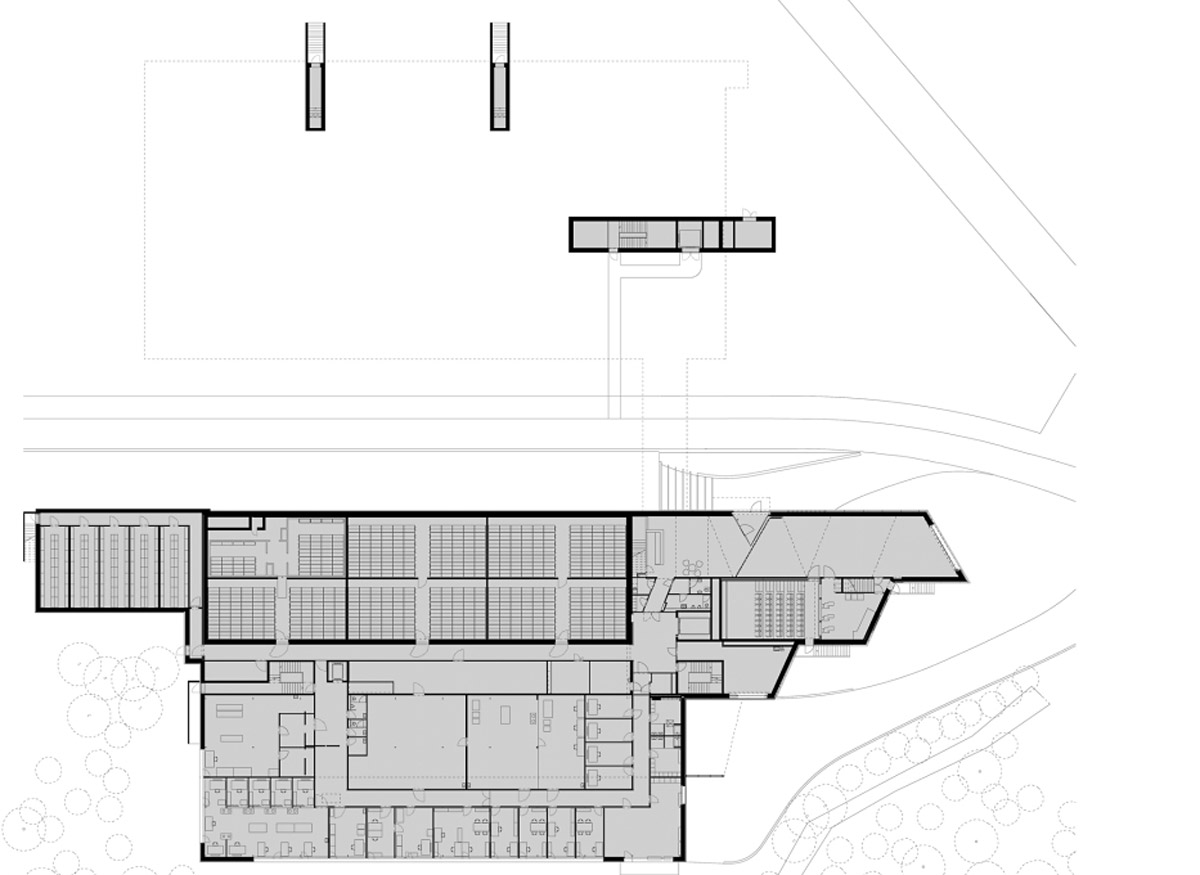 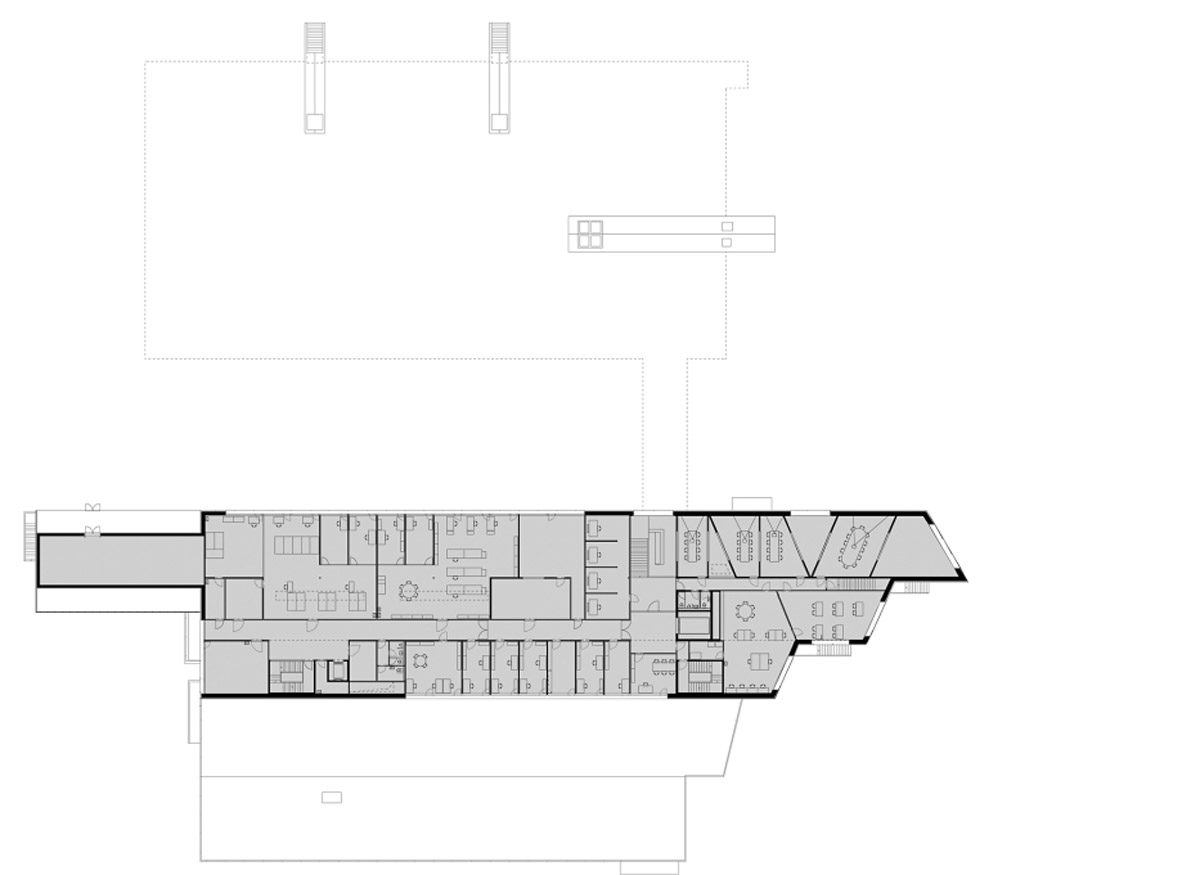