part of the ‘réaménagement de la porte pouchet’ swiss architects EM2N has designed a remarkably striped apartment building in paris that draws from the adolf loos 1928 proposal for the josephine baker house. whereas with loos the horizontal stripes were to be made from black and white marble, expanded metal was used for the alternating design. under the aegis of périphériques, 18 construction plots were distributed among several architects. while EM2N worked on the acute angled end plots 17 and 18, the spaces between the buildings were also understood as loci for architectural potential. the alternating bands articulate ample courtyards and call attention to liminal spaces of occupation. by means of cutting and adding the buildings were give crystalline forms and surround a planted approach courtyard. on account of the extremely rigid regulations, unregulated areas are expressively exaggerated, namely the deeply angled balconies. 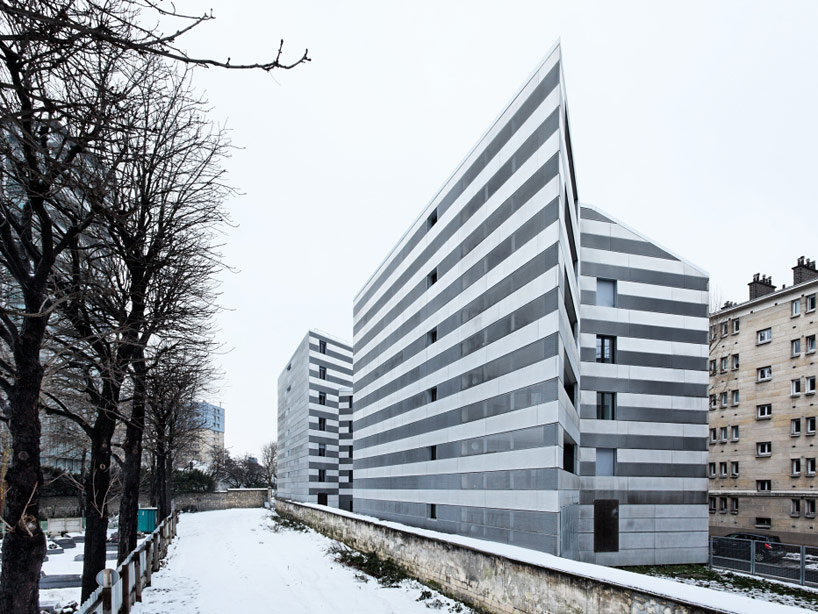 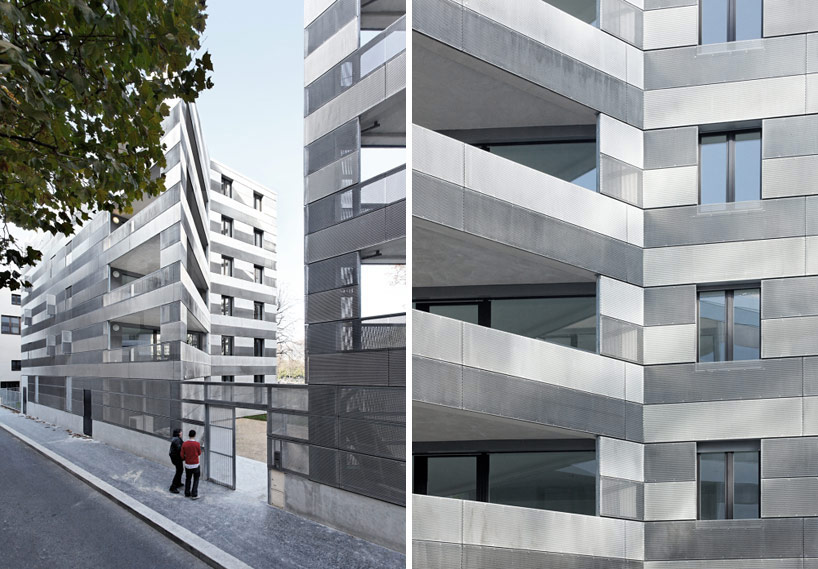 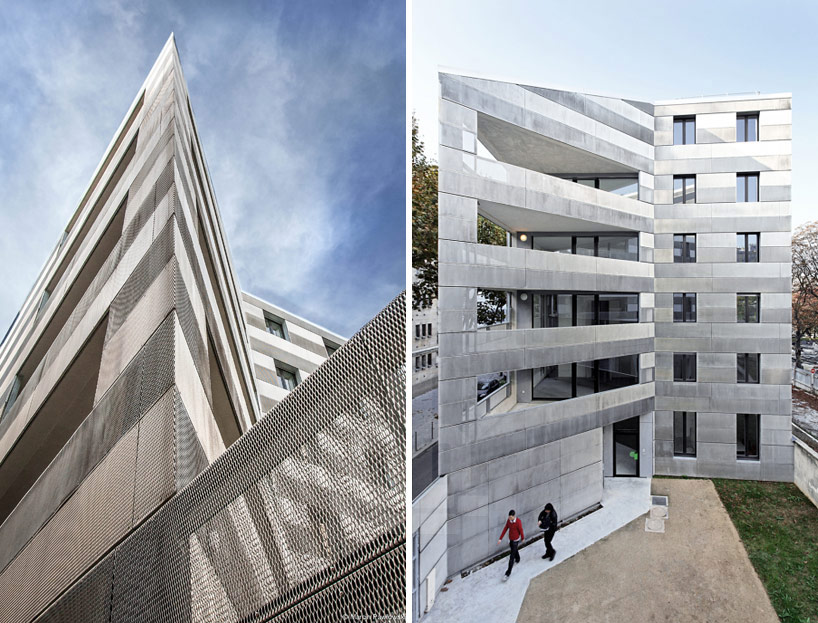 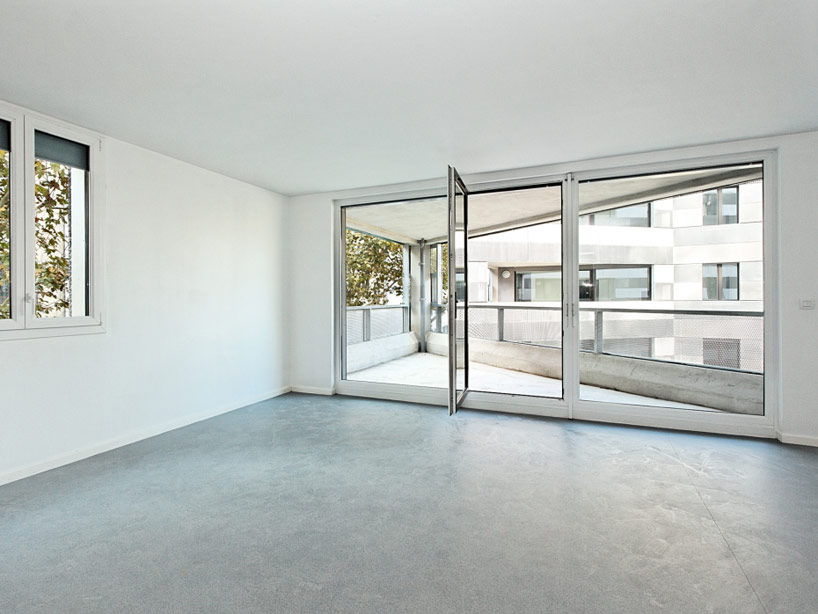 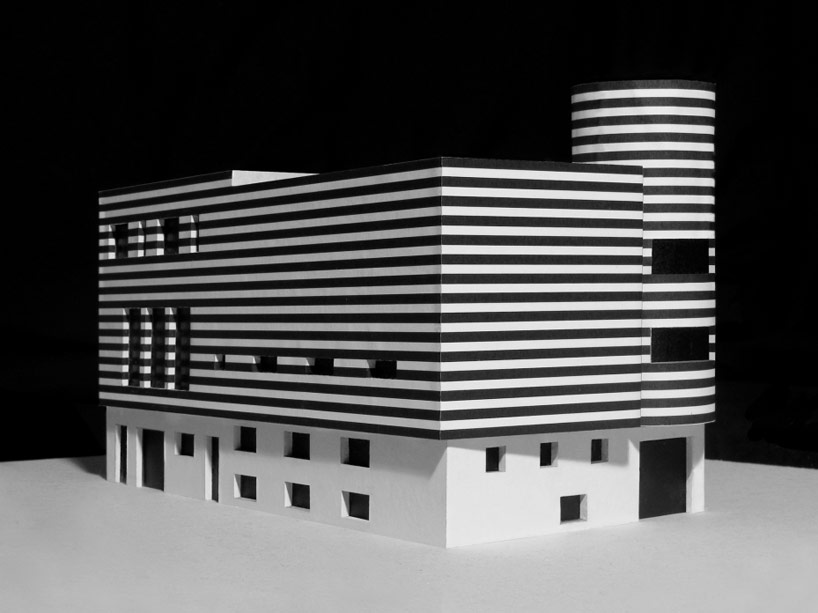 model of the unbuilt josephine baker house by adolf loos, wherein minimal ornamentation is used to direct lines of sight around the building’s corners