zurich-based firm EM2N has finished the ‘keystone building’ in the spring of this year in the prominent karlin district of prague. primarily housing office space, the ground level with a larger ceiling height contains shops and showrooms encased within a thick concrete shear wall punctured by windows placed at even intervals. the lavish lobby is visually split with the use of chrome steel on one half and terrazzo and stucco lustro on the other. a service core is located towards one end of the skewed rectangular plan, while a modular column structural system allows for flexible interior use. the double-skin facade, defining the character of the project, echoes early 20th century czech cubist art with angled panels that create a depth of textures in addition to improving thermal and acoustic insulation. 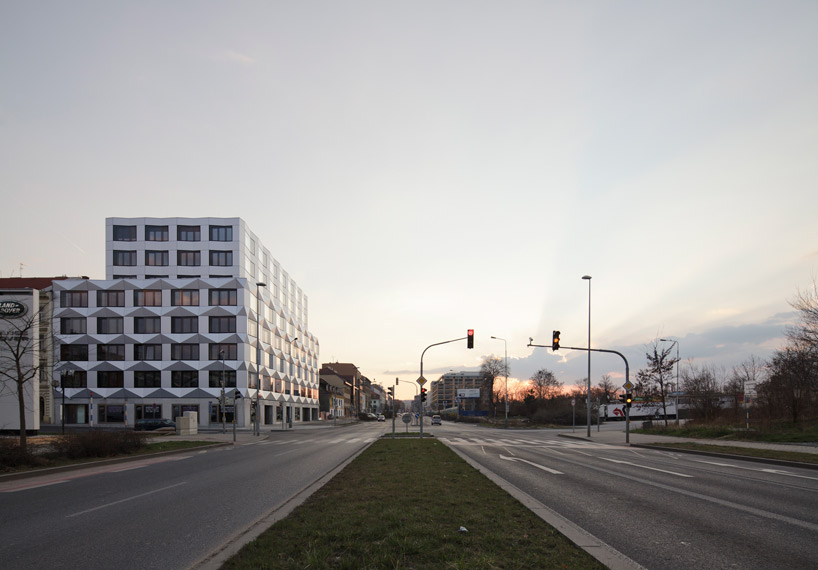 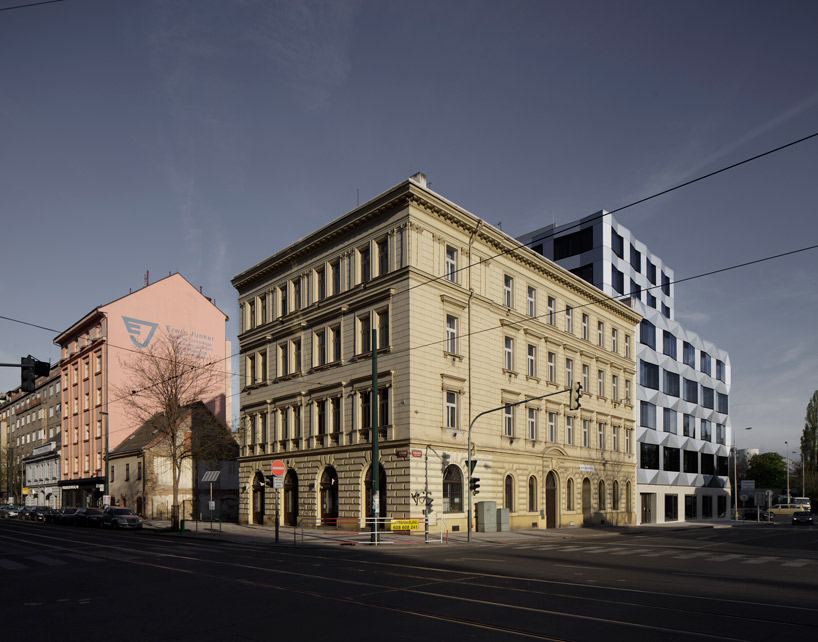 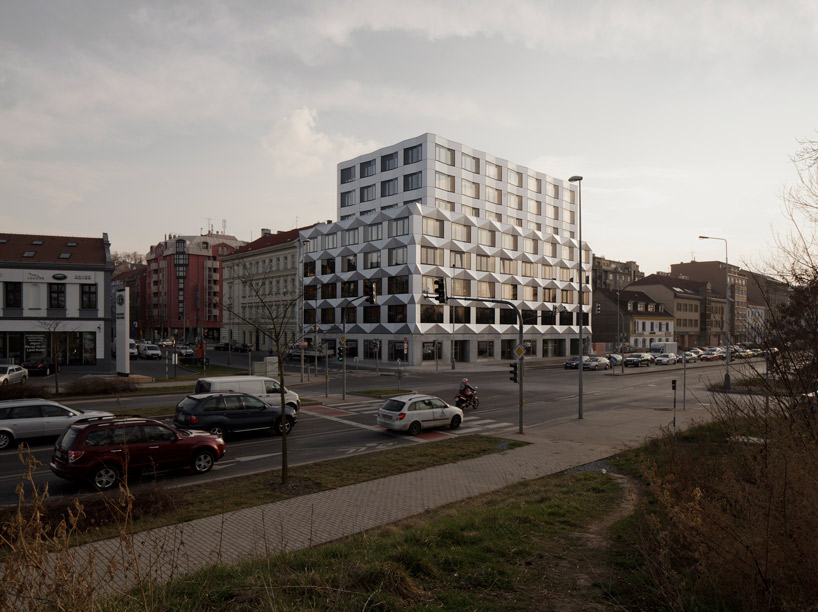 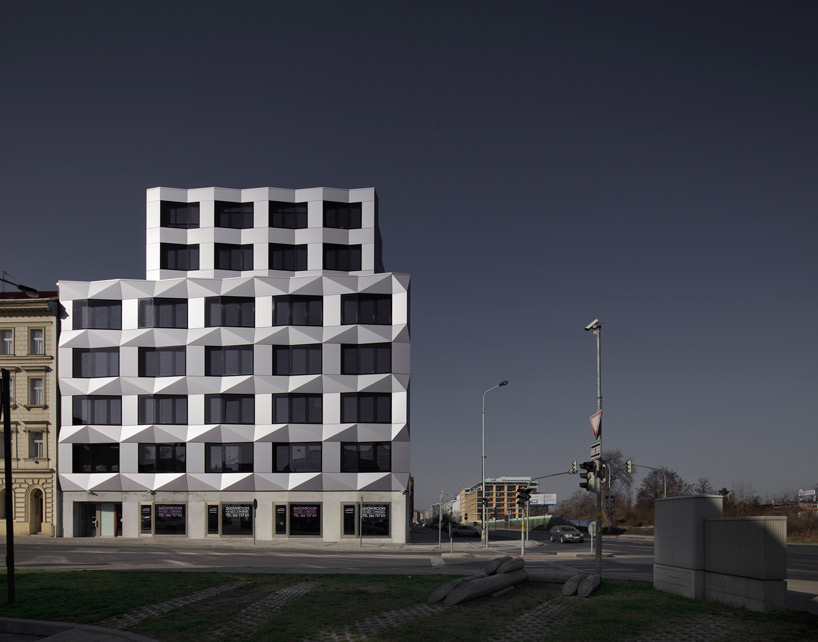 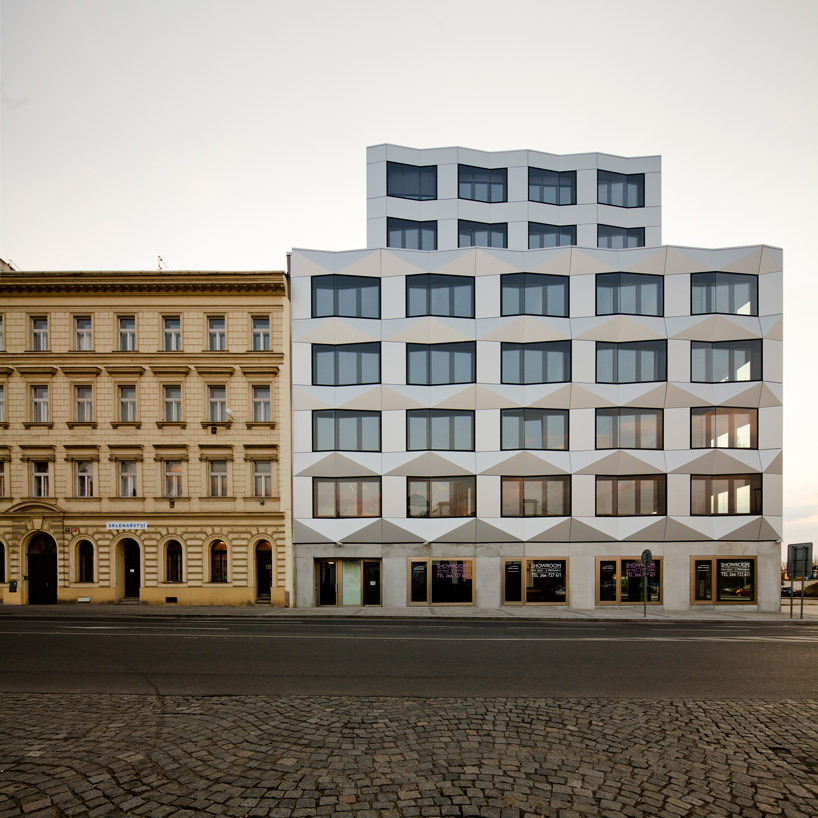 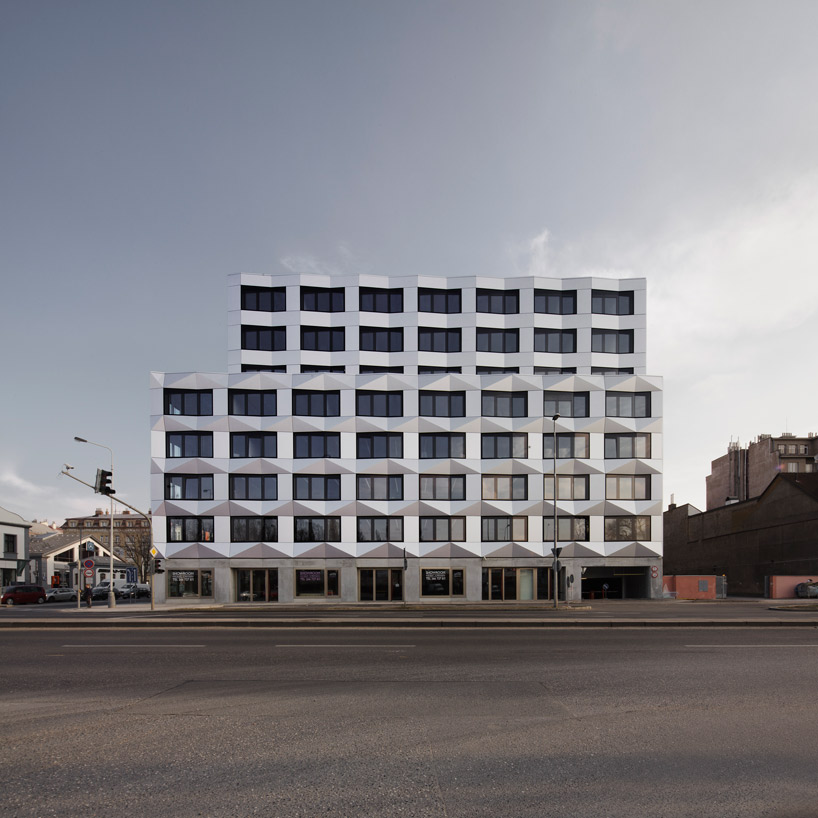 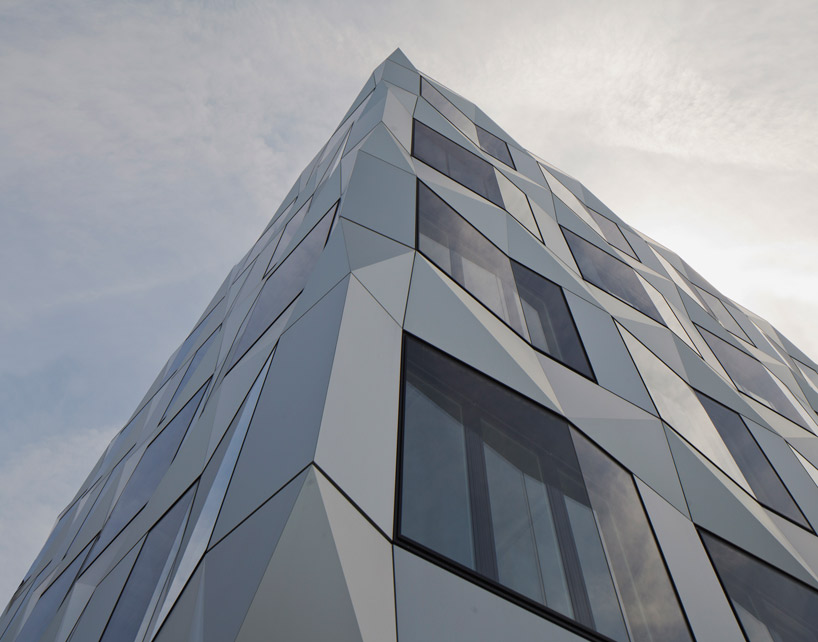 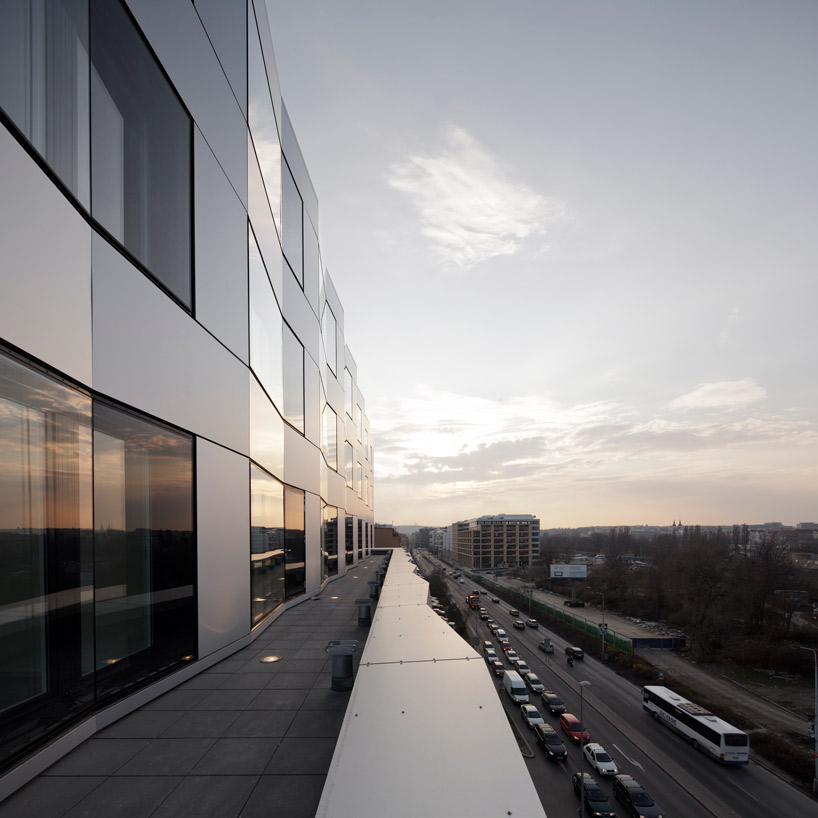 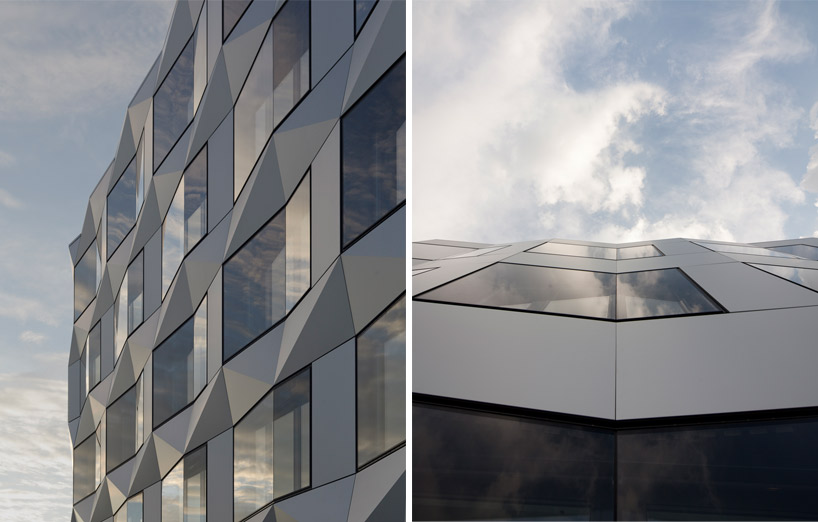 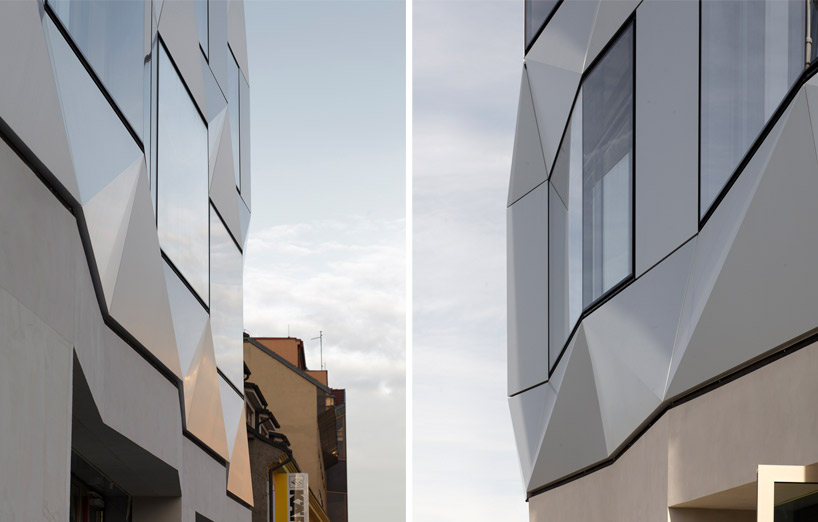 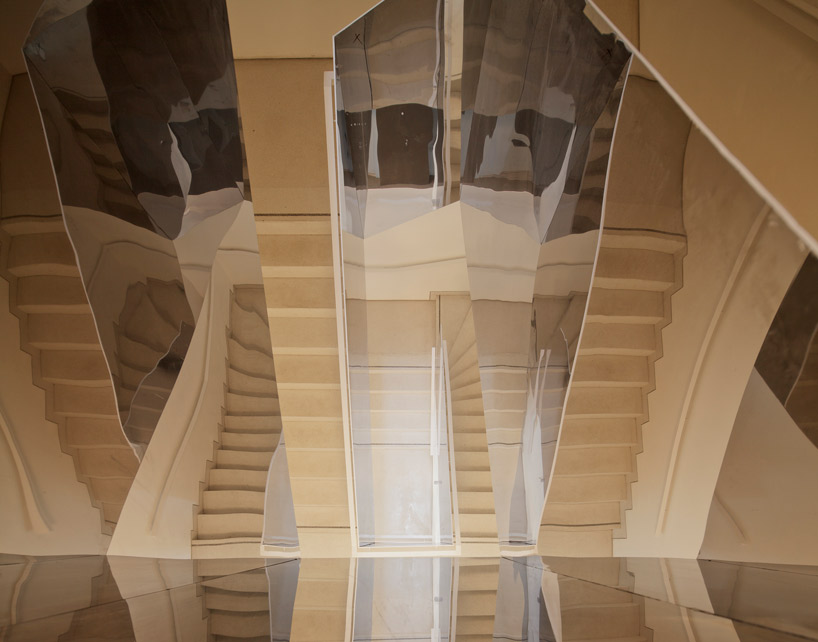 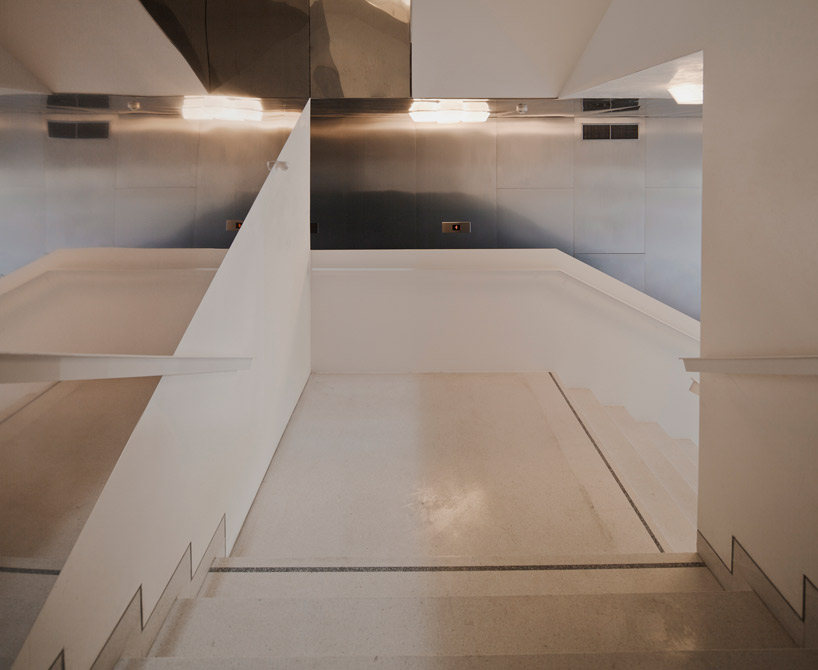 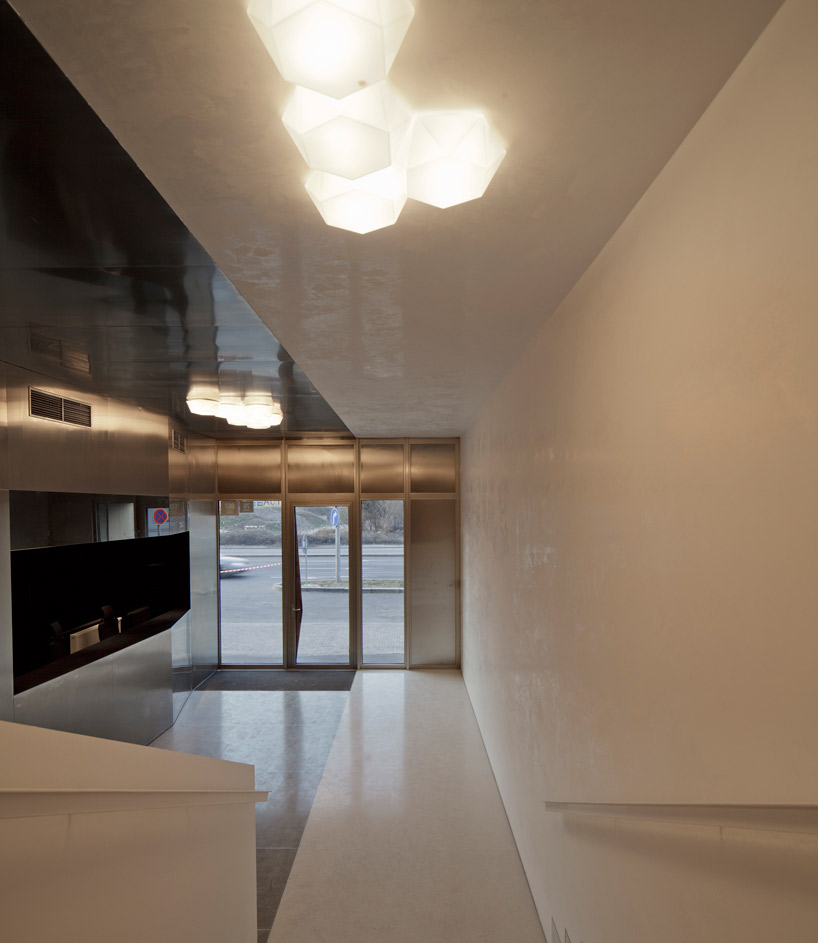 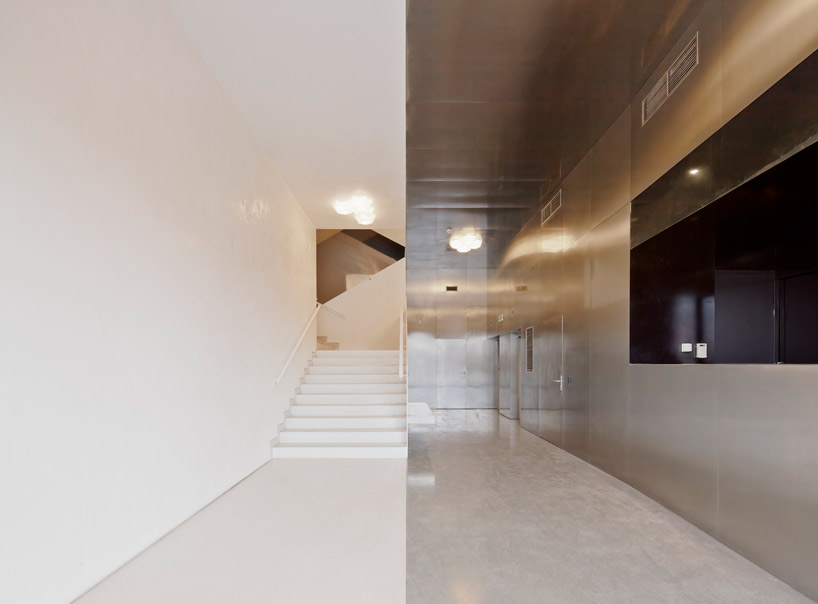 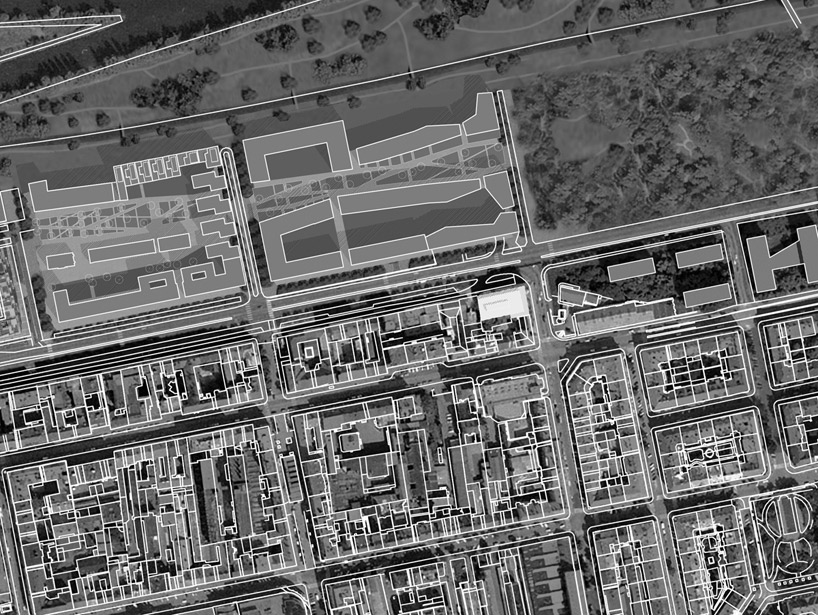 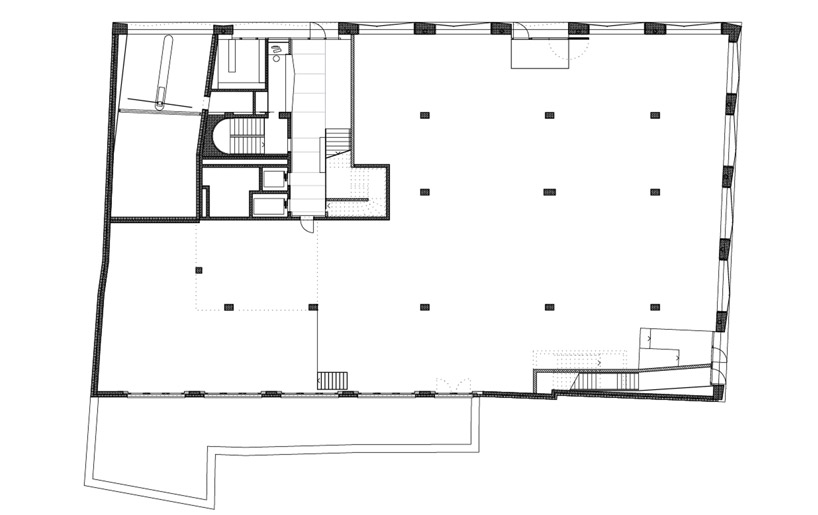 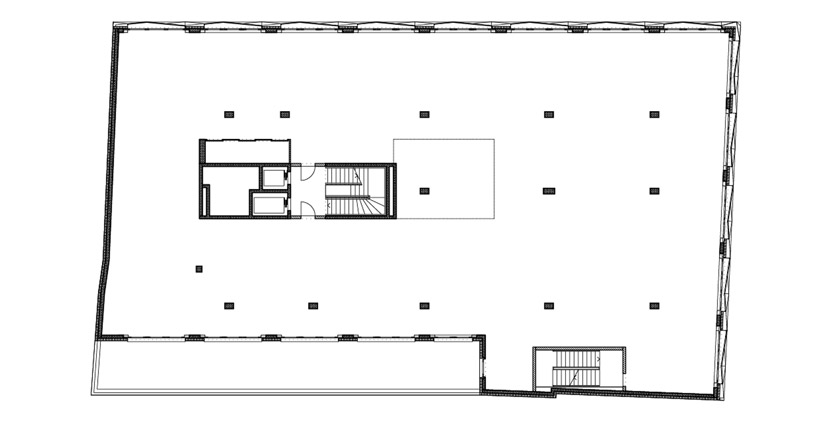 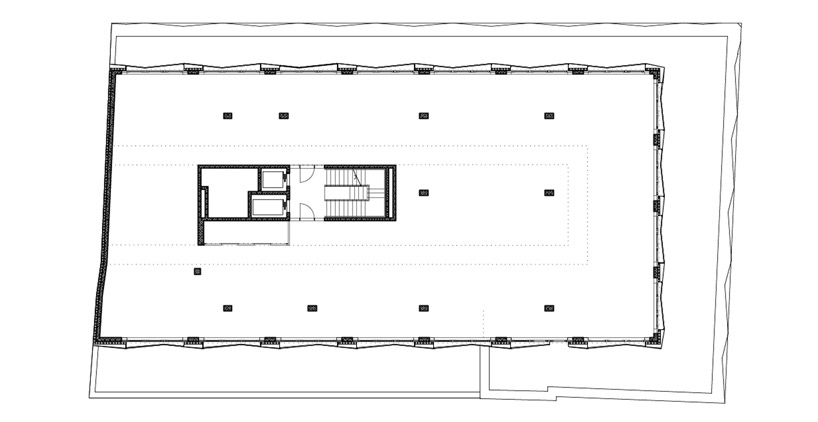 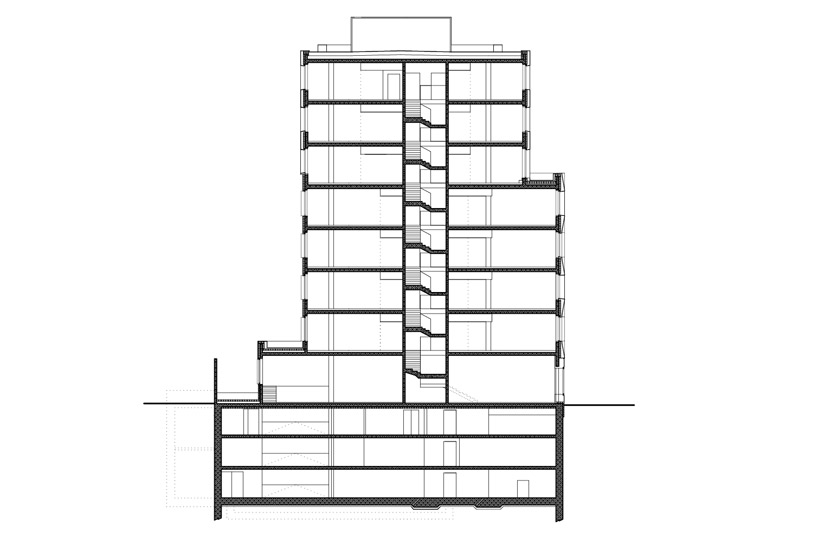 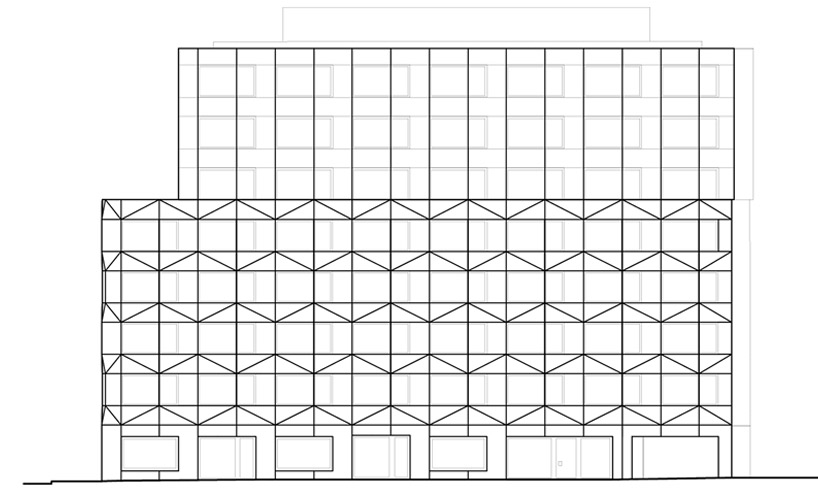 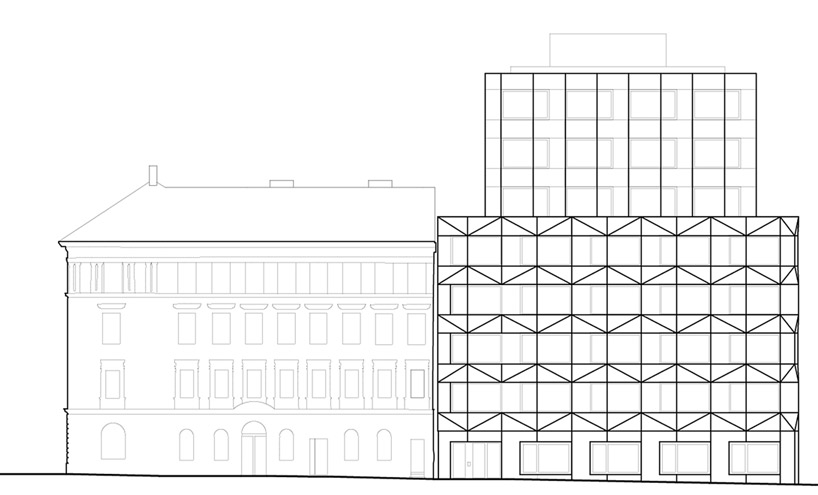