in an attempt to create a visually dynamic façade for the ‘extension to the railway service facility’ in zurich, switzerland, architecture office EM2N developed a fiber cement cladding system which gives billowing movement to the long elevation. the overall project was largely dictated by site limitations and engineers’ designs, producing a technically legible building. however, the southern elevation required additional treatment given its extreme length and high visibility to visitors entering the city by train. responding to the repetitive inner structure, the architects conceived a modular system of bulging panels which undulate three dimensionally. 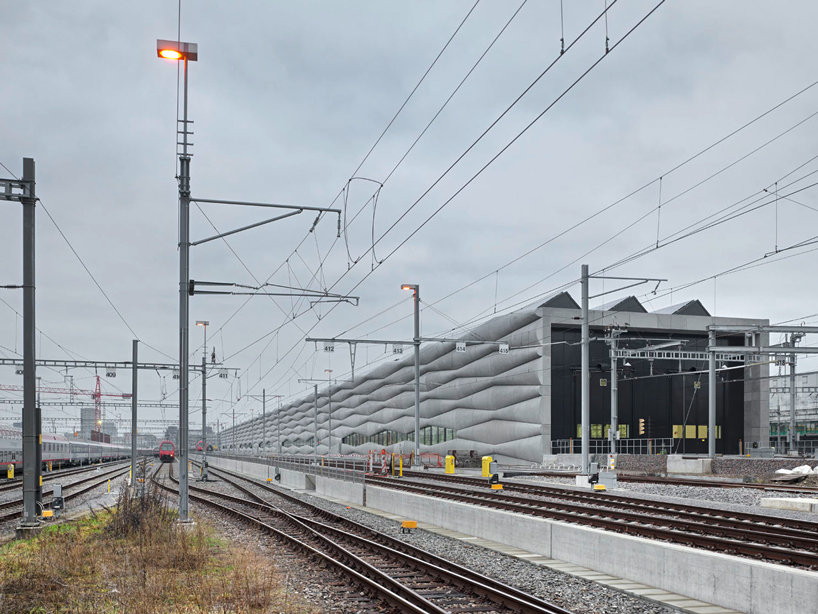 the new maintenance facility is able to accommodate trains up to 400 meters in length, which includes entire railcar linkages without disassembly. due to its massive scale, and visibility from travelers arriving and departing from zurich, the building garners urban significance. the cladding produces a play of light and shadows across the façade, activating the elongated volume. 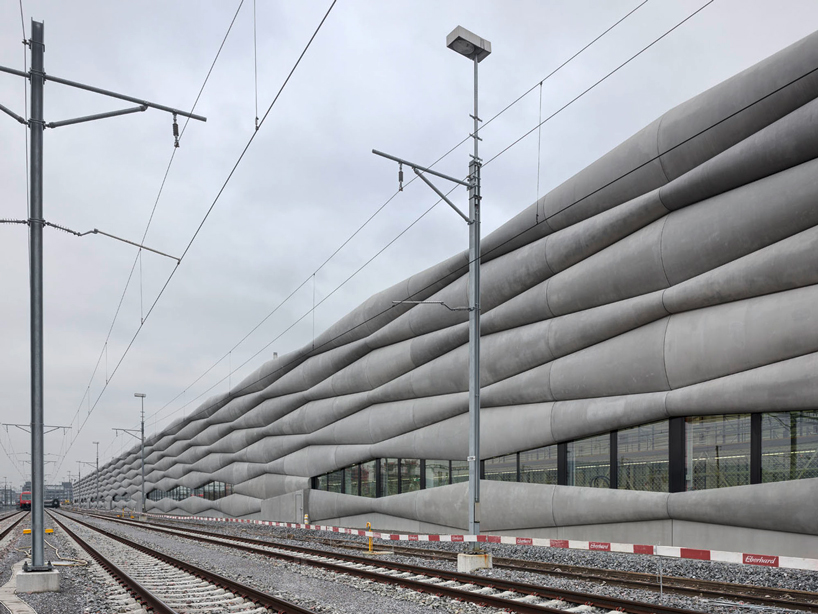 each panel curves outward from the building, and also pinches or expands as it moves laterally along the façade
photo © roger frei 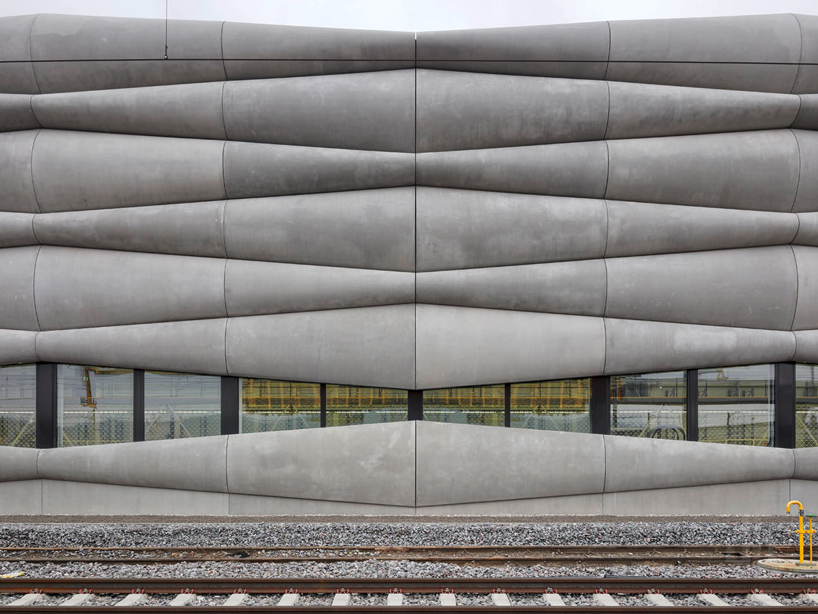 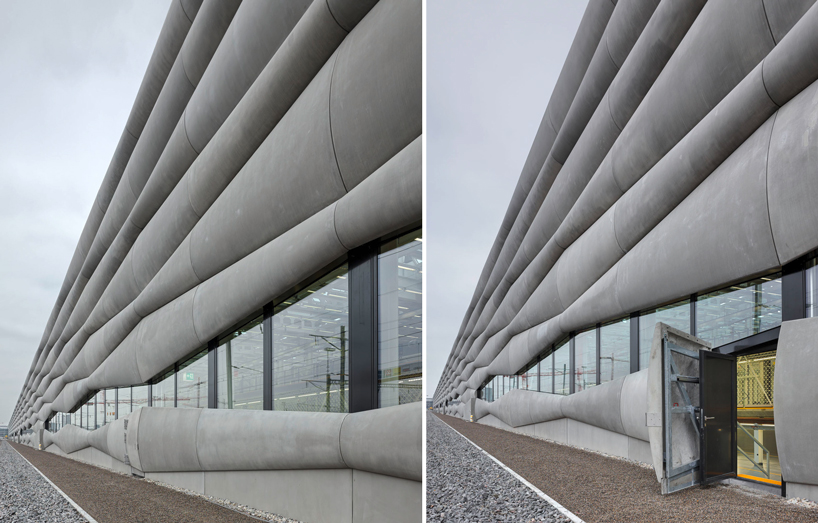 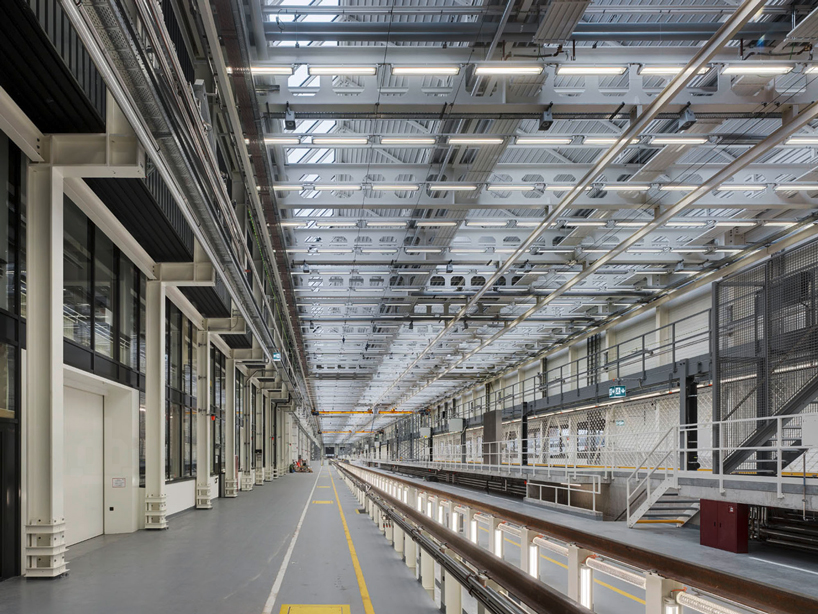 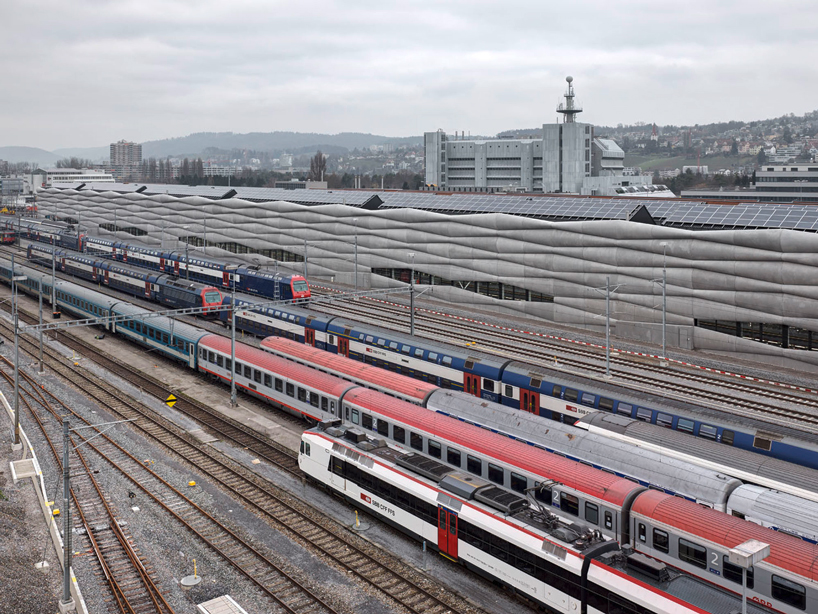 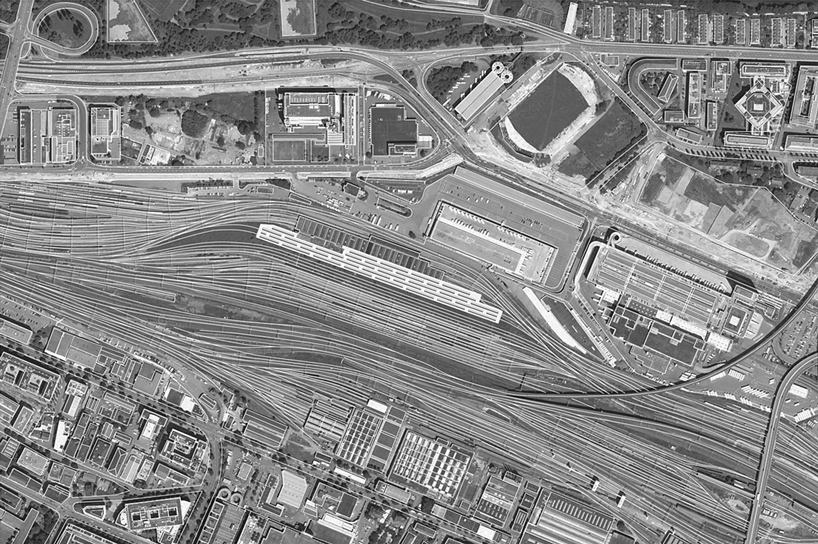 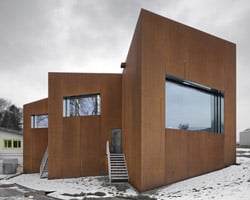