the nearly 90-year-old empire state building stands at 102-storeys tall, and importantly, has stood the test of time. the scheme by shreve, lamb & harmon was completed in new york city 1931, and gained international fame by becoming the first construction to have more than 100 floors. the classic art deco design — with its limestone and granite façade, aluminum accents, and streamlined shape — went on to define the modern concept of the skyscraper. but what if the architects hadn’t decided on an art deco style? what would it look like as a renaissance, gothic, or modern sustainable construction? creative studio neomam envisions the possibilities… 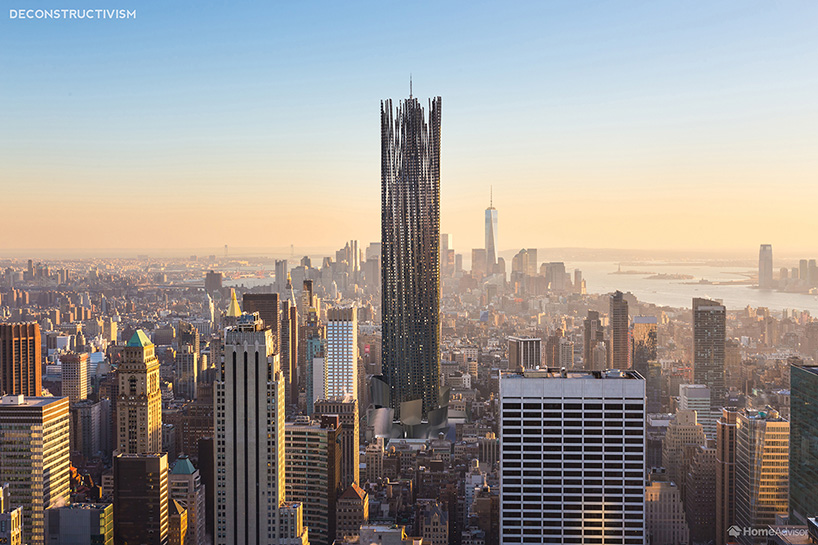 envisioned by neomam for homeadvisor, the series shows nine different ways the empire state building could have taken shape. from a fortress-like brutalist tower, to a greenery-clad sustainable skyscraper reminiscent of stefano boeri’s bosco verticale, the iconic new york landmark takes on new meaning with every architectural style it is reimagined in. the project resulted from a collaboration between researchers, designers, and architects przemysław sobiecki and maja wrońska of THIS IS RENDER, with the team guided by neomam’s art director povilas daknys and homeadvisor’s content manager chelsea mcgrath.

the research team started by creating a long list of inspiring architectural styles throughout the eras, which were then shortlisted to nine unique styles. further source material was gathered on the styles before the project was passed on to the team at THIS IS RENDER to produce the final images. 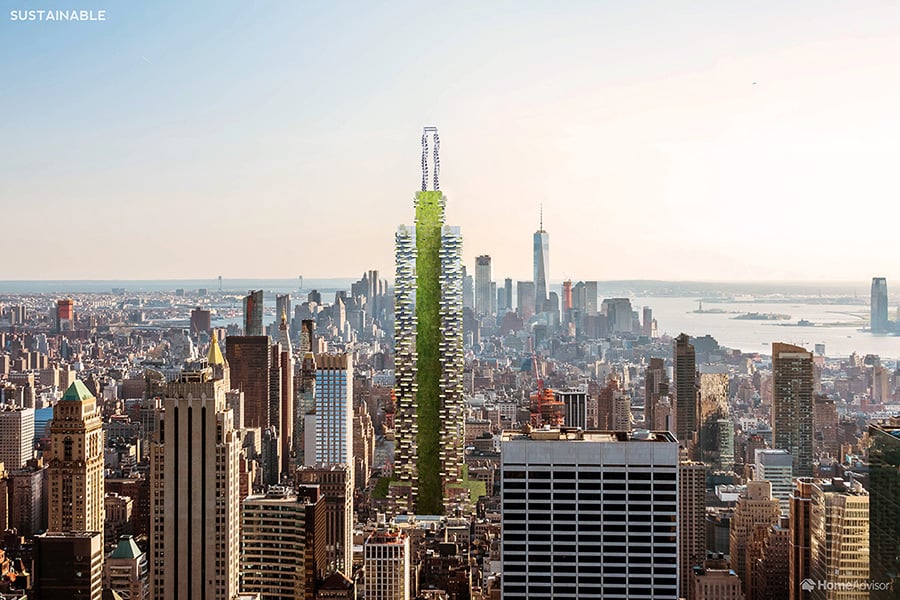 see more work by neomam on designboom, including six designs for the sydney harbour bridge that didn’t make it; the simpsons house, with the help of an interior designer; and animated architectural floor plans of cult classic films. 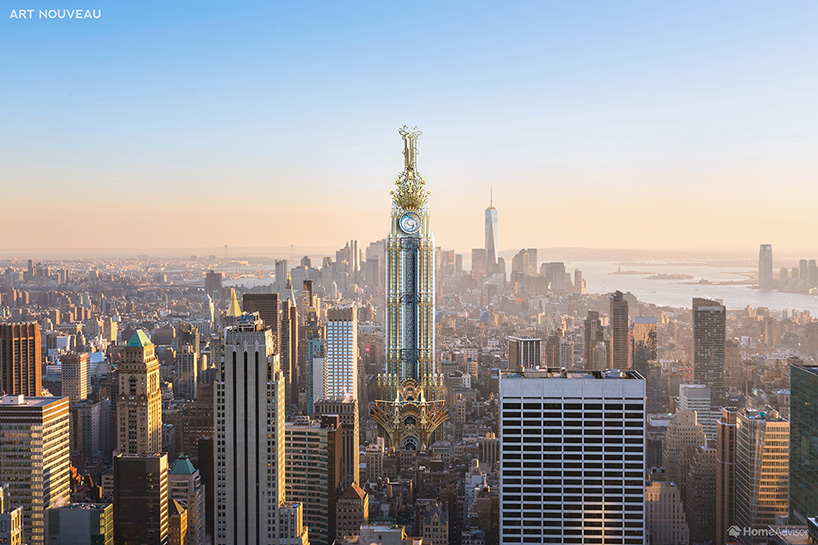 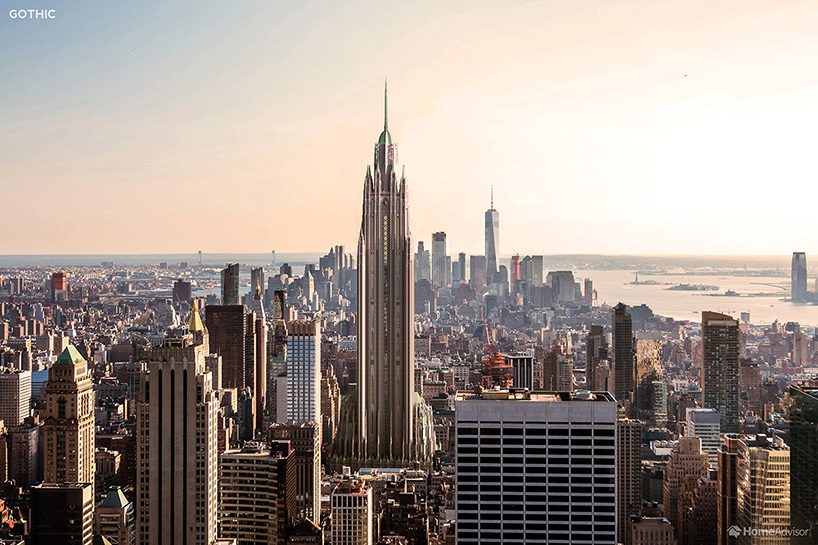 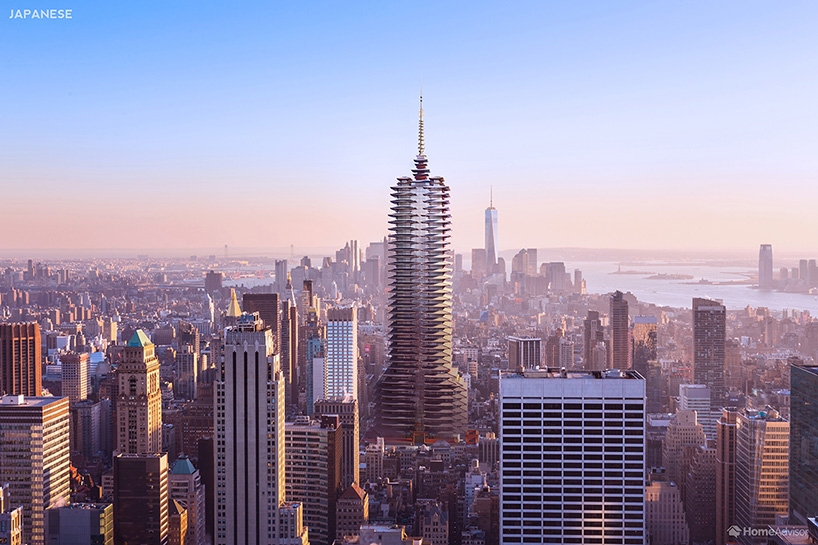 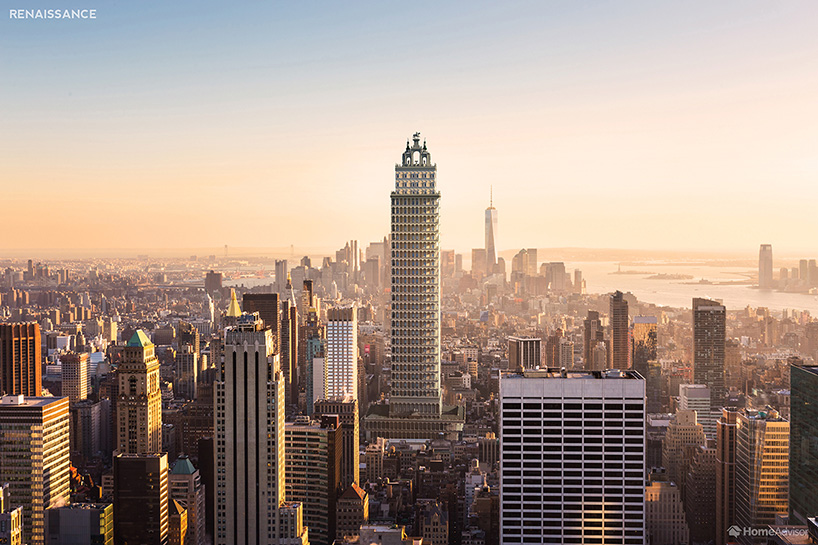 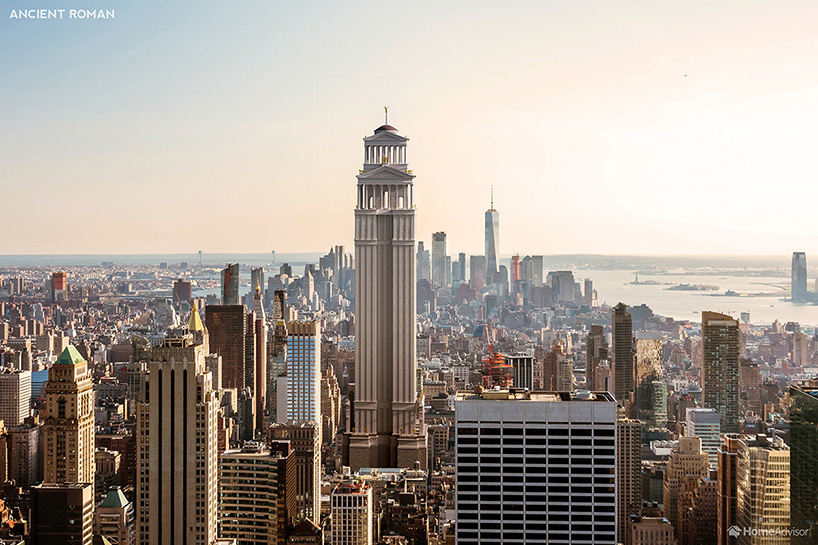 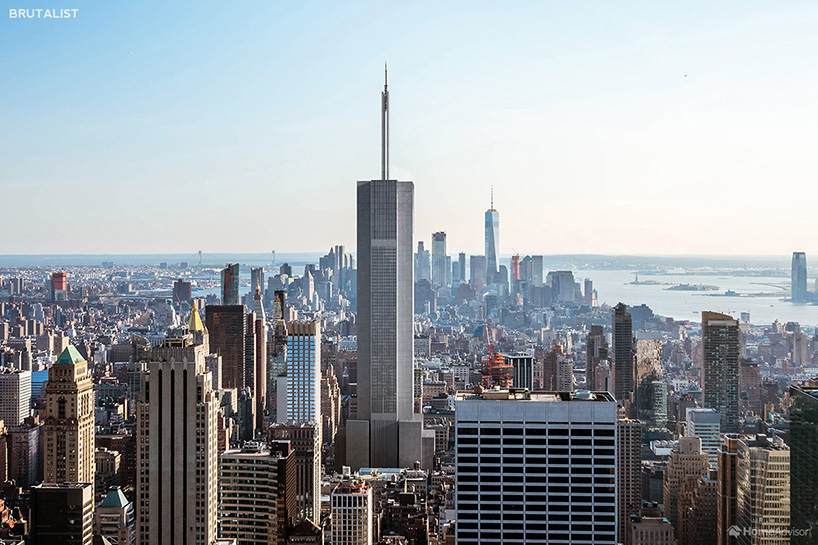 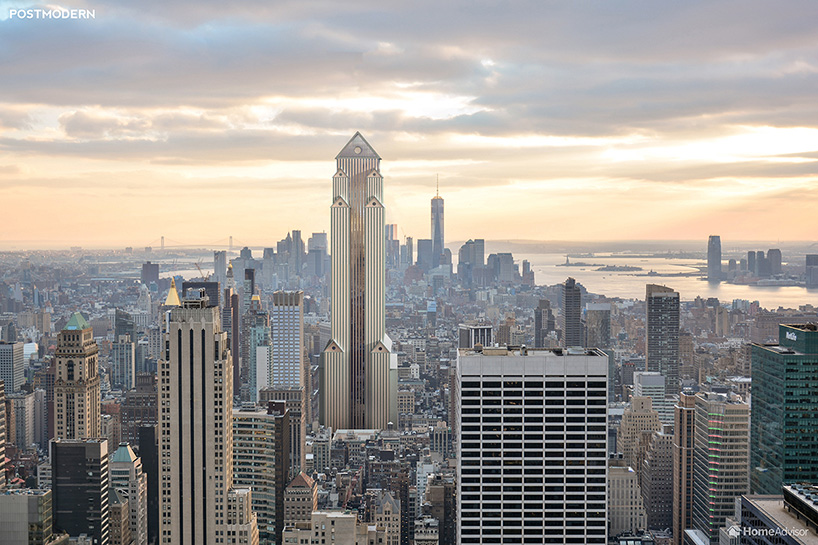 architectural collaborators: THIS IS RENDER