when we think of a staircase, we think of an inclined walkway composed of treads, vertically connecting the various levels of a building–an area of transition in architecture. the endless compositional and social possibilities of these structures is what has driven UK-based firm dRMM to explore their potential in the form of ‘endless stair’. the temporary sculpture has been realized as a series of single staircases which can be interlocked with one another–a three-dimensional exercise in framework, composition and scale; sometimes leading nowhere, often leading somewhere. each component of this pre-fabricated construction plays an important role in the additive system and is easily demountable, so that it can be set-up on another site. 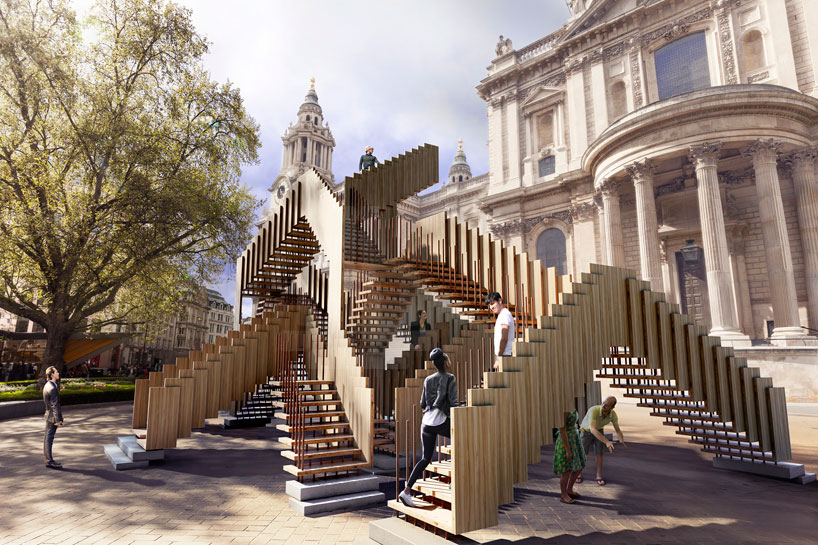 the project is sponsored by the american hardwood export council, and will be built from 11.4 tonnes of unwasted, sustainable tulipwood, in this instance, composed as cross-laminated timber for the first time, providing an extraordinary strength to weight ratio. in its entirety, the combined length of all panels in ‘endless stair’ will measure 436m, and be composed of a total of 187 steps, the shortest route up to the highest point being a trek of 48 steps. it is estimated that the structure will be able to hold up to 93 people at one time.

drawing on the influences of the drawings of M.C. escher’s often impossible constructions, ‘endless stair’ will be installed in front of the tate modern during london design festival 2013, from september 13th – october 10th, 2013. 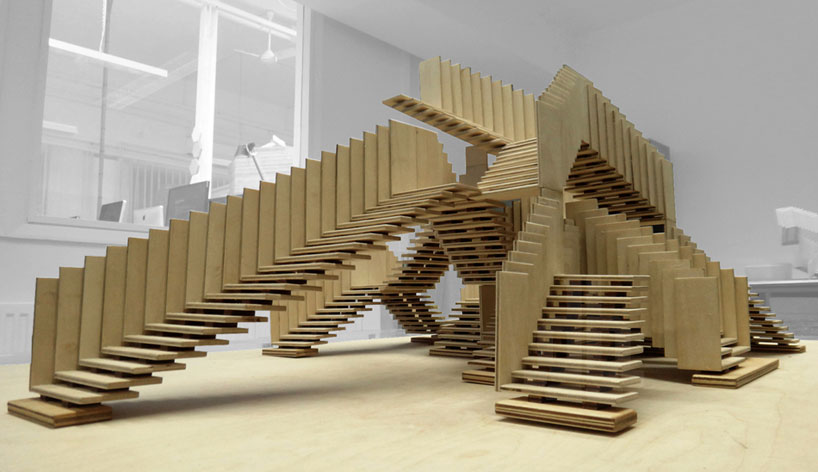 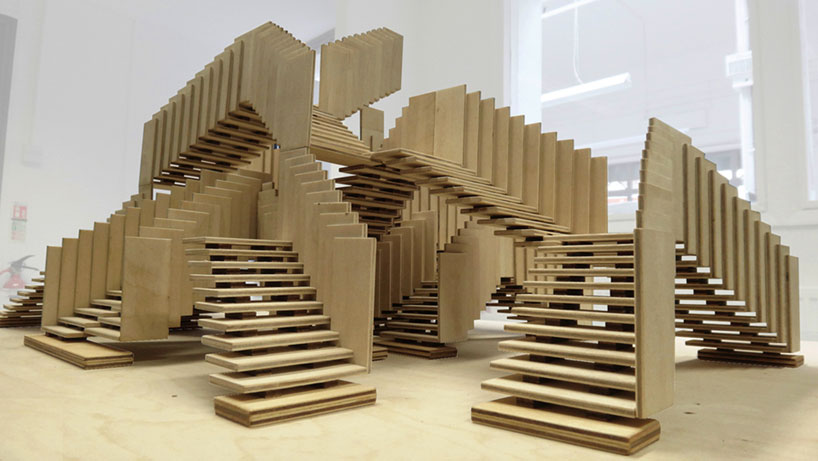 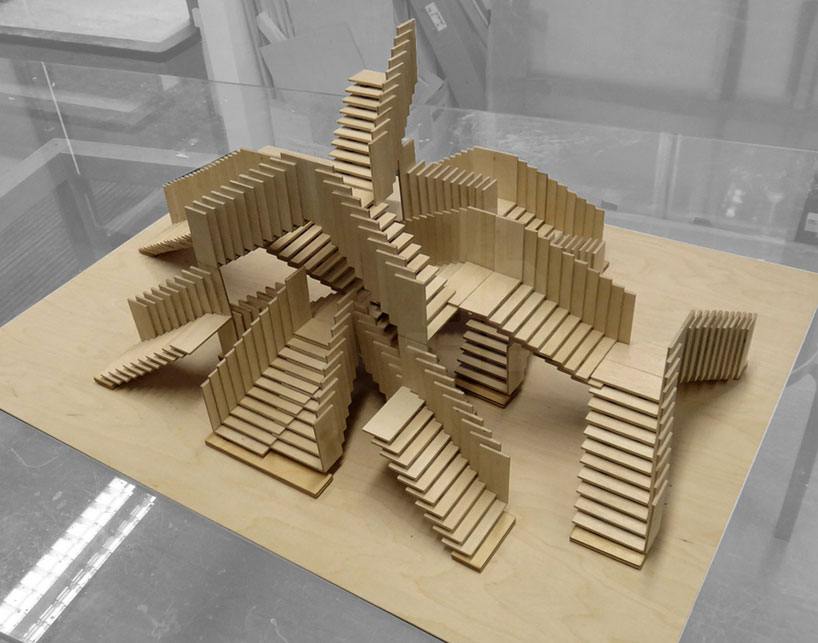 top view of a possible configuration
image courtesy of dRMM 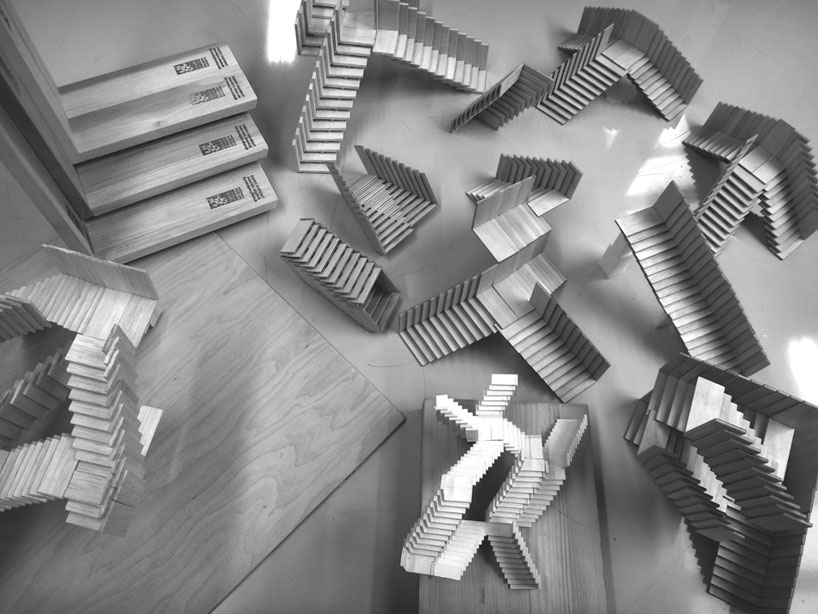 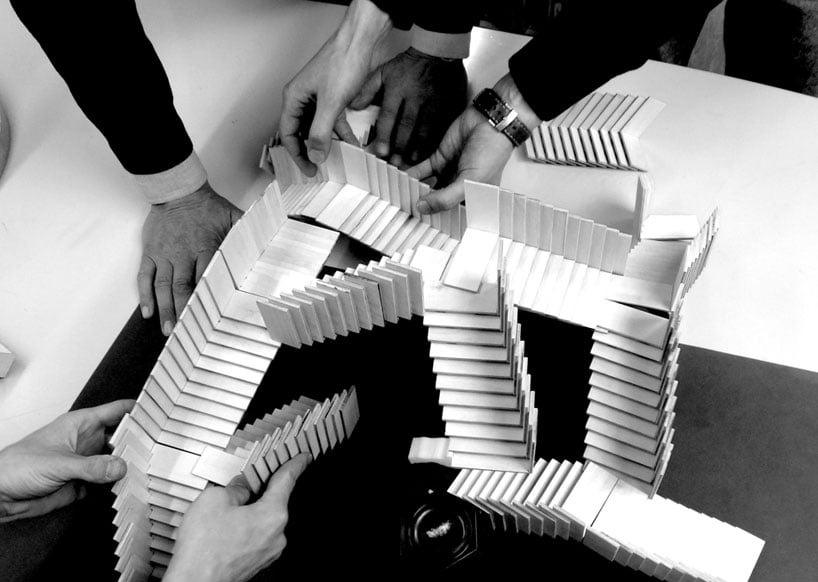 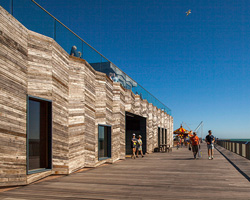 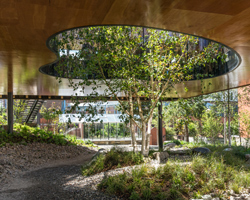 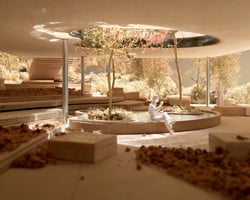 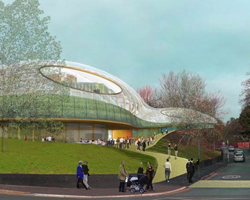 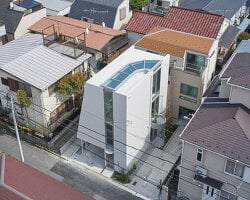 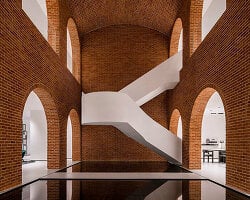 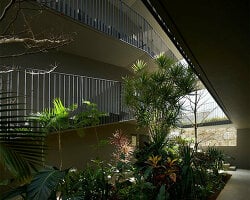 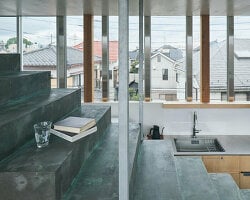 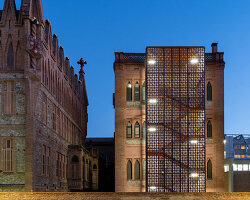 Jun 23, 2022
teamLab's new multi-sensory immersive art space in abu dhabi is 'home to infinite curiosity'
expected to be completed in 2024, the space sits right at the intersection of art and technology, sparking curiosity, imagination, and creativity in all who visit.
architecture
391 shares
connections: +170