throughout the new sports park, a great number of major sports facilities and outdoor sports areas are planned. constant contact with the action on the playing grounds contributes to the attractiveness of the area.

setting the roofed stands on the outer edges, creates a large arena with a lower middle field on which the visitors can walk when it is not match time and where they have unobstructed views of the stadiums. during the events, the main promenade closes. it is achieved through access control placed on narrow spots, on access roots to the elevated central square. in such spatial organization no additional fences.

the three required programs, sports hall, athletics and football stadium are organized around a central facility with a common program, which is placed under the connecting paths between the playgrounds. the partial burial of the central part of complex enables separate construction of main sport objects at any time and any order. the commercial public program is placed at the lakeshore side but also all the other programs of sports park are opening towards the lake and its picturesque background. all the sport facilities of the area are surrounded by extensive preserved and supplemented greenery.

with the new sports park the city is not gaining only contemporary sports facilities intended for professional sport events at the highest level, but also a new urban area, which offers a number of opportunities for active leisure and connects city center with until now somewhat truncated lake area. 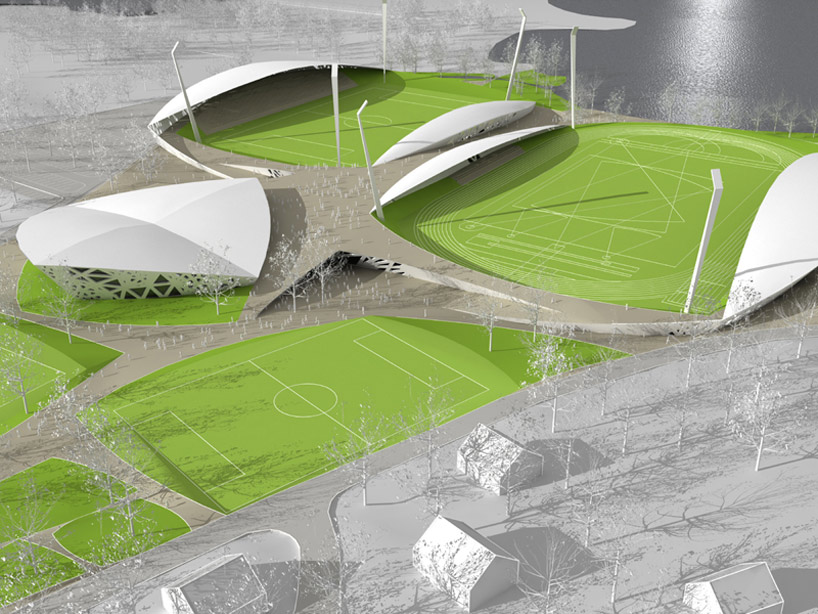 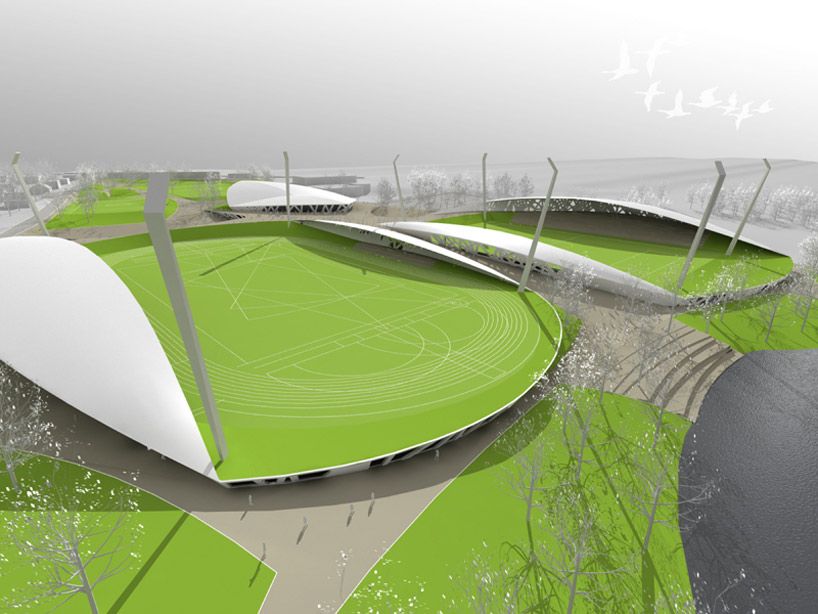 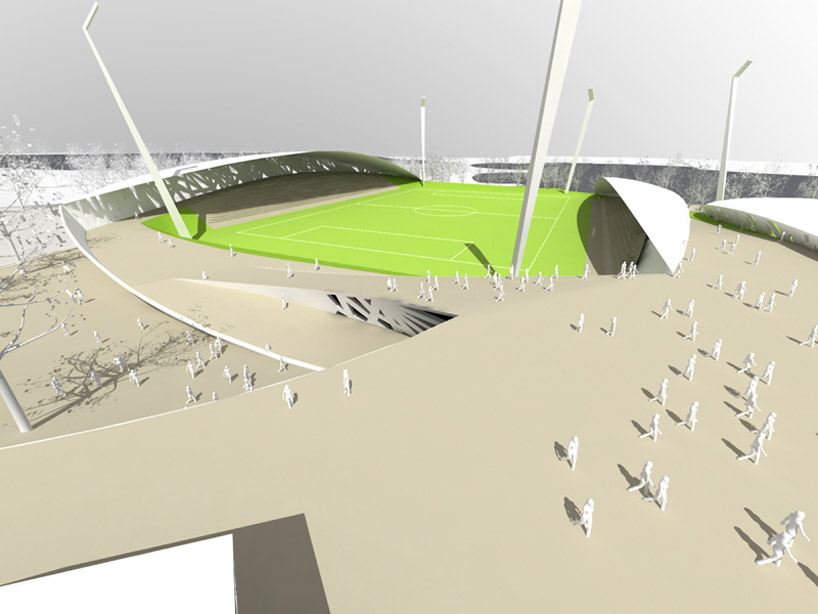 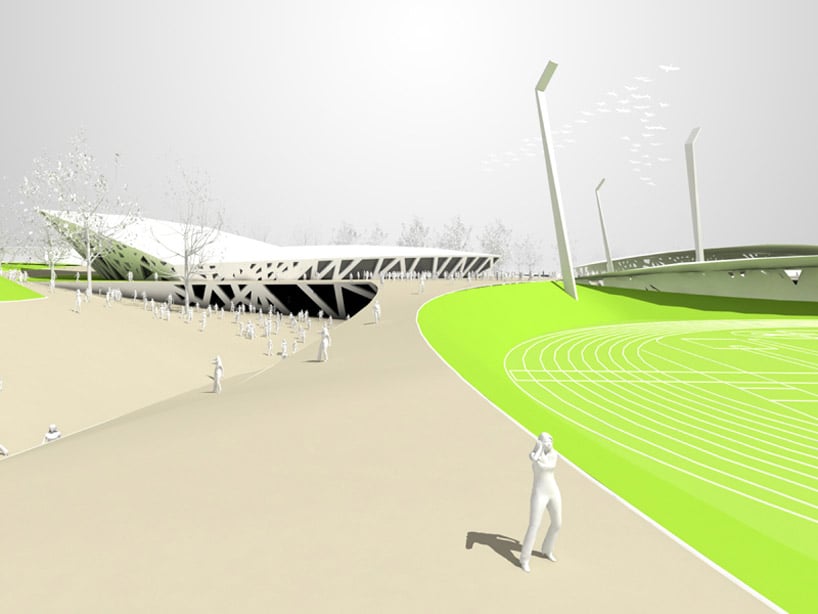 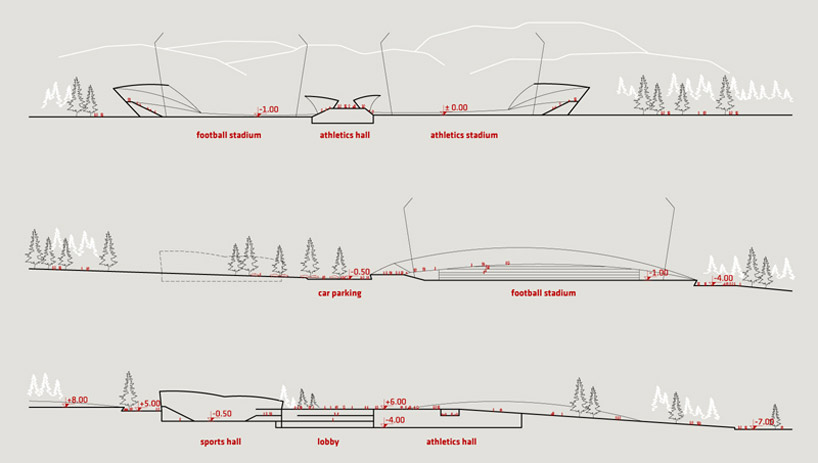 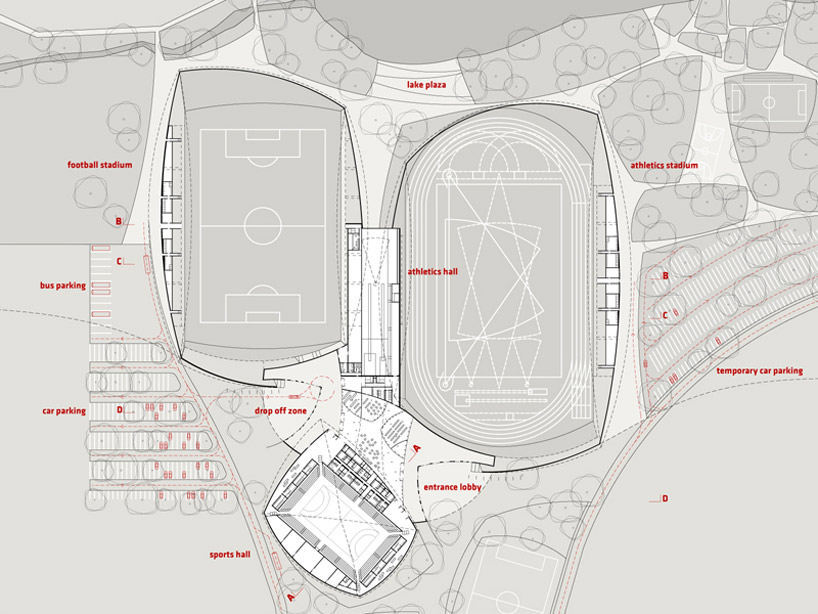 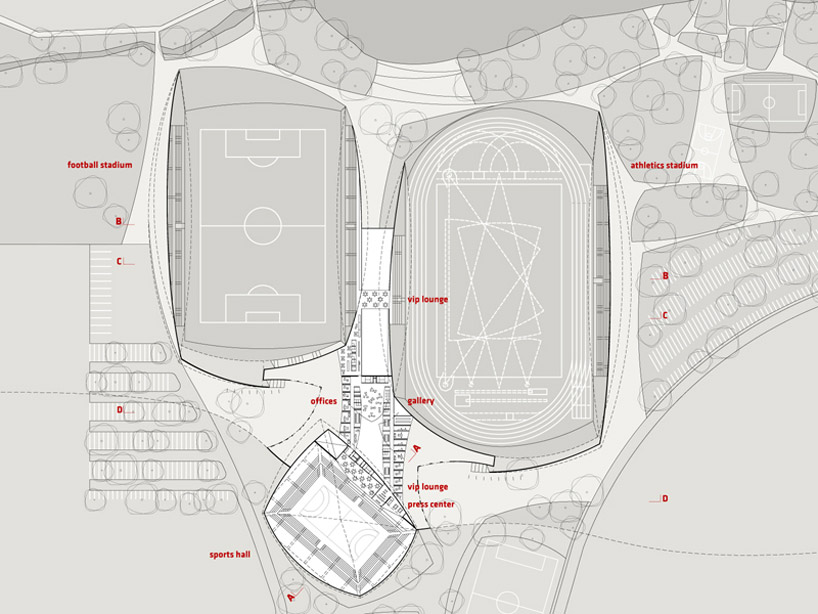 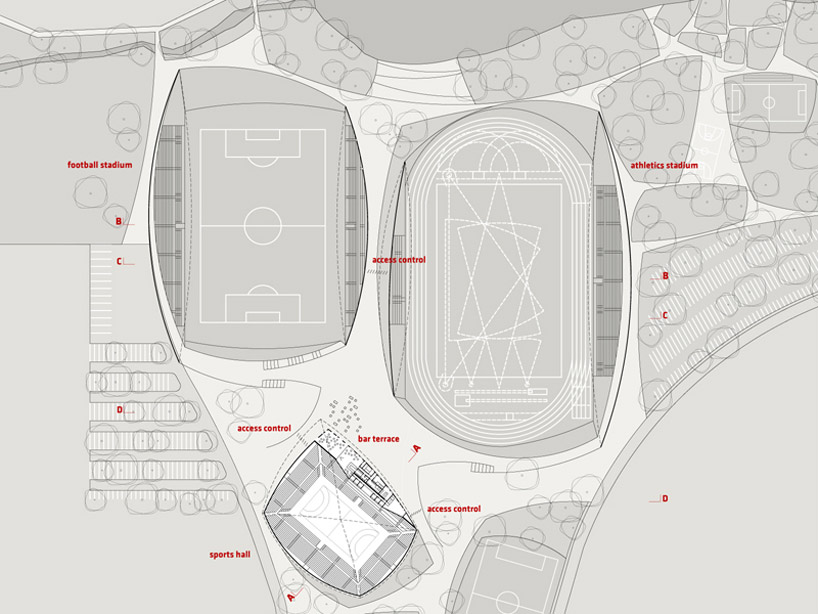