ensamble studio is a cross-functional team founded in 2000 and led by architects antón garcía-abril and débora mesa. balancing education, research and practice, the office explores innovative approaches to architectural and urban spaces, and the technologies that build them. among the studio’s most relevant completed works are 'hemeroscopium house' and 'reader’s house' in madrid, 'music studies center' and 'sgae central office' in santiago de compostela, 'the truffle' in costa da morte, and 'structures of landscape' for tippet rise art center in montana.
nature and the urban environment: designboom interviews ensamble studio's antón garcia-abril
Jun 13, 2018
millions of lasers project 3D scan allowing ensamble studio's contemporary intervention of abandoned quarry
May 29, 2018
this start-up center in seoul by ensamble studio may never truly be 'complete'
May 26, 2018
ensamble studio erects structures of landscape at montana's tippet rise art center
Jul 06, 2016
ensamble studio reanimates slaughterhouse in madrid as a cultural center
Oct 10, 2012

the berklee tower of music by ensamble studio

spanish architectural firm ensamble studio designed the berklee tower of music as part of valencia cultural complex, located in the quatre carreres district, in the ronda sur area of valencia near the new dance and music conservatories. the building has been conceived as a landmark in the city centre, as a space from where it is possible to contemplate the skyline. the building houses SGAE theatre and the berklee college of music both of them form a single presence on the new urban space and are connected in the multifunctional lobby which is a theatre, a public square and an interactive area. 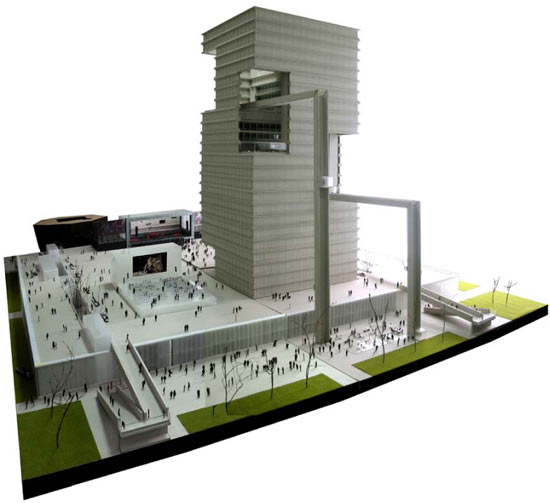 model of berklee tower of music

the project is composed by two basic elements of opposite forms: a plinth (horizontal building two – storey high) and a tower standing on top of it (with 24 levels above the two of the plinth). the plinth accommodates the non- academic activities of the program, which are those more directly linked to the urban surroundings, like commerce and students’ residential areas, parking and the concert hall. the roof level of the plinth is a big plaza that gives access to the tower. it acts as a public space where continuous activities (sports, leisure, cultural, artistic) provide it with a dynamic and multi-functional  character; and it raises the point of view enough to have perspective and be able to contemplate the surrounding landscape (the harbor, the orchard and the sea). the tower encloses the academic program (classroom, laboratories, practice and ensemble rooms, recording, production and post production facilities, media center, offices, storage space, etcetera.) 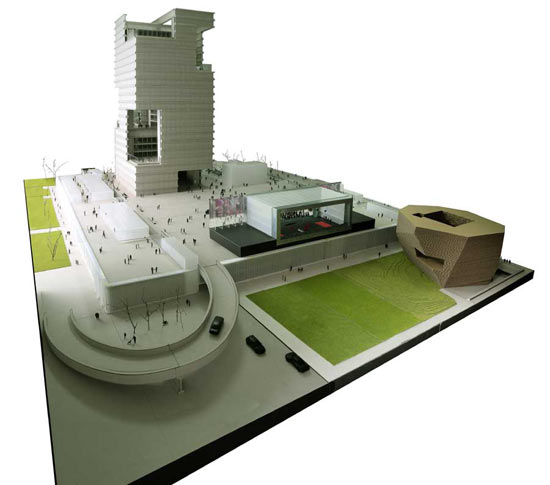 the tower, which overlooks the plaza, is enclosed by a structural skin built with precast concrete beams piled up one on top of the other. this outer skin acts as a bearing wall and is braced by a system of precast concrete beams and buttresses attached to its interior side, which also help to support the suspended floors that will be arranged in functional blocks. the different functional blocks (four-storey high) are piled vertically in a gradual rotation forming  a helix of spaces. due to the gradual rotation of the functional piled blocks, a series of urban plaza are generated inside the tower – every four levels. these urban spaces which give access to each block provide views depending on the orientation: to the historical quarter, the harbor, the mediterranean sea and the valencian orchard.

in opposition to the solid and massive appearance of the tower seen from the outside, the inside is permeable and transparent and opens to the outside through the huge ‘balconies’ strategically  located in the facade according to the views and best orientation of the different activities. 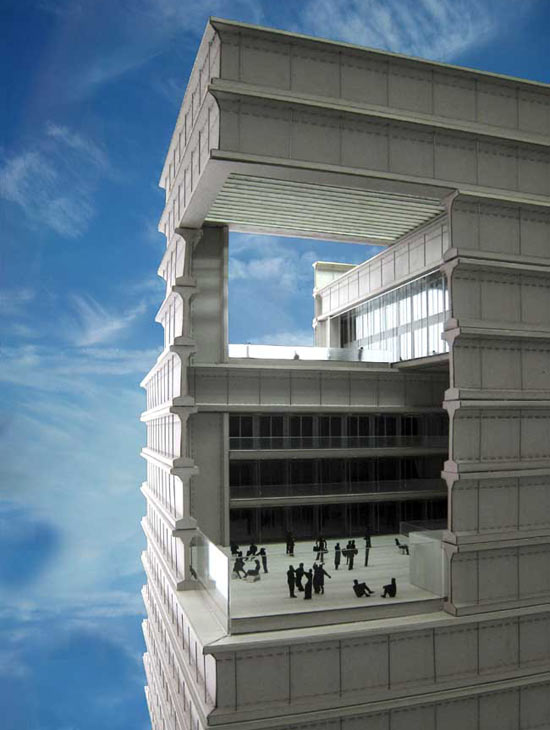 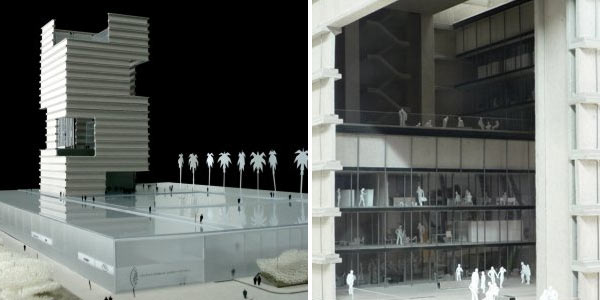 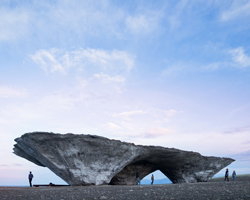 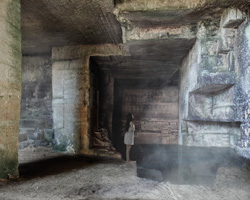 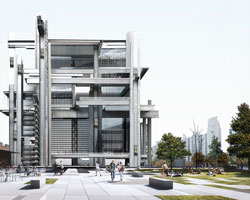 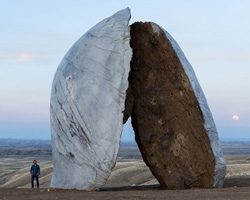 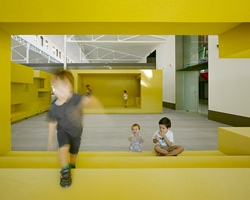 ensamble studio reanimates slaughterhouse in madrid as a cultural center 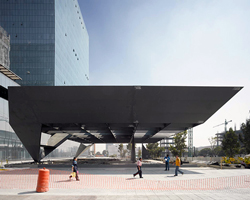 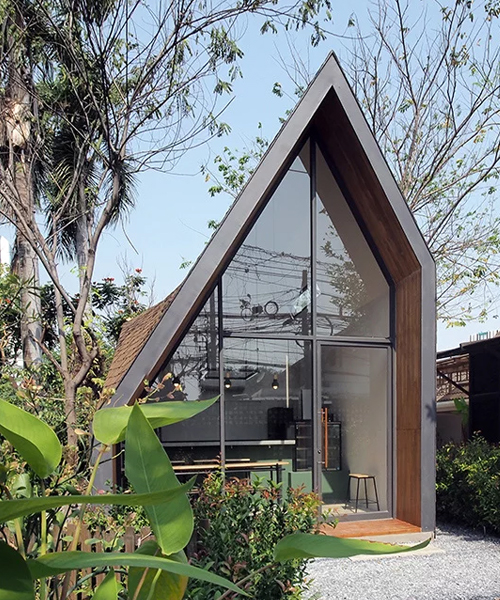 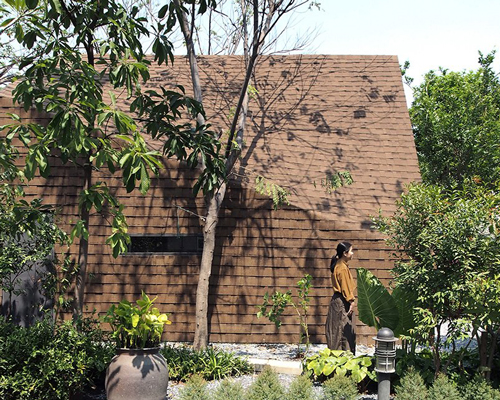 originally serving as an online patisserie, the owner decided to build a café for the public in their own backyard.

originally serving as an online patisserie, the owner decided to build a café for the public in their own backyard. 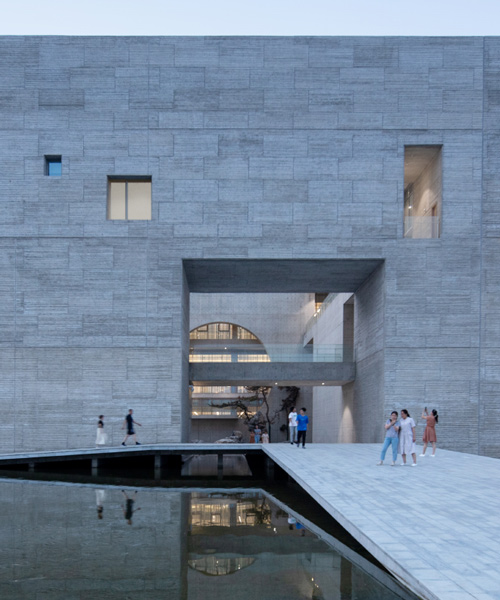 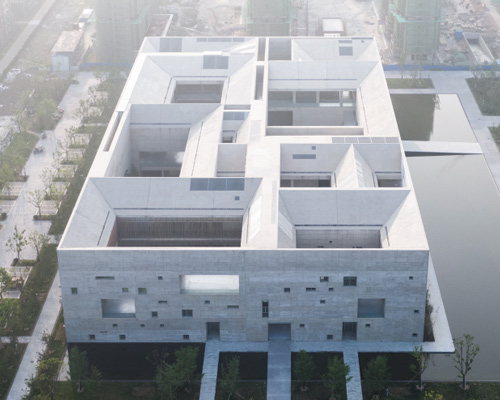 the courtyards are connected by a winding, undulating walkway that forms a public loop protected from the sun and rain.

the courtyards are connected by a winding, undulating walkway that forms a public loop protected from the sun and rain. 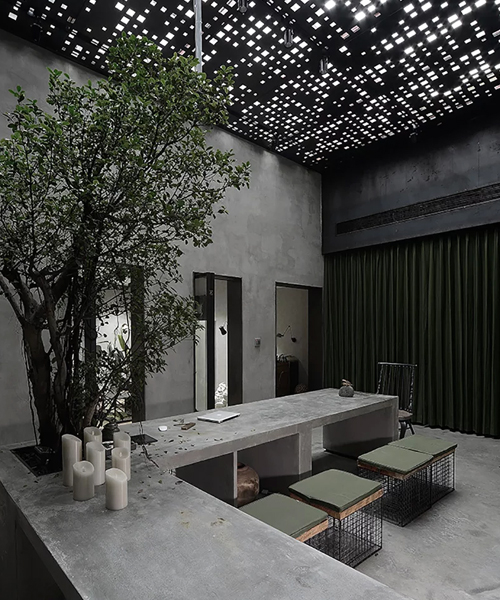 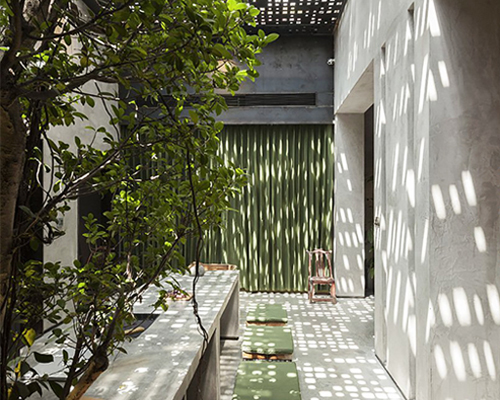 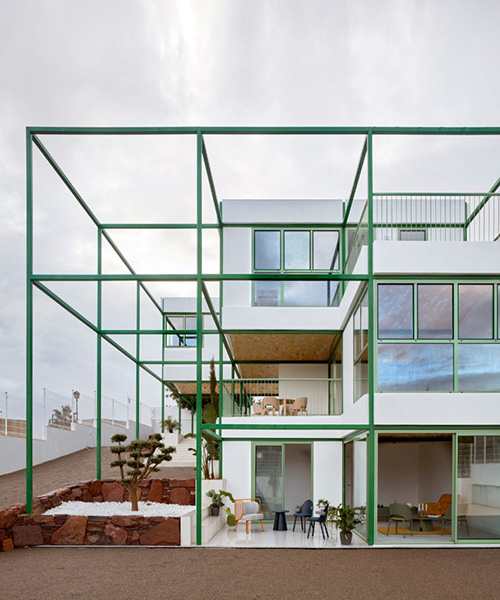 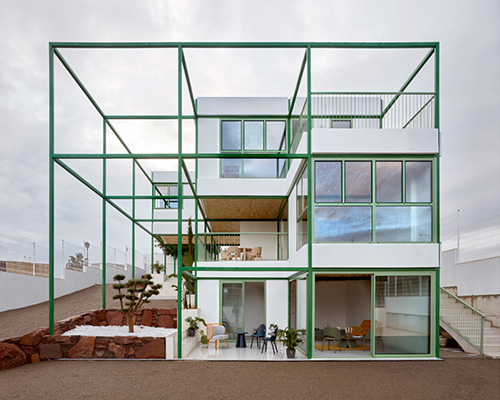 divided into three floors, the 235sqm property blends interior and exterior thanks to its openness and interior courtyard.

divided into three floors, the 235sqm property blends interior and exterior thanks to its openness and interior courtyard.

×
keep up with our daily and weekly stories
503,434 subscribers

keep up with our daily and weekly stories
503,434 recipients