danish studio lenschow & pihlmann has built a small urban community in and around a 17th century timber farm outside of central aarhus, denmark. ‘student village’ comprises 56 single and double room apartments, common rooms and shared facilities, built following the layout of the old farm, with a series of intimate spaces and streets around it. 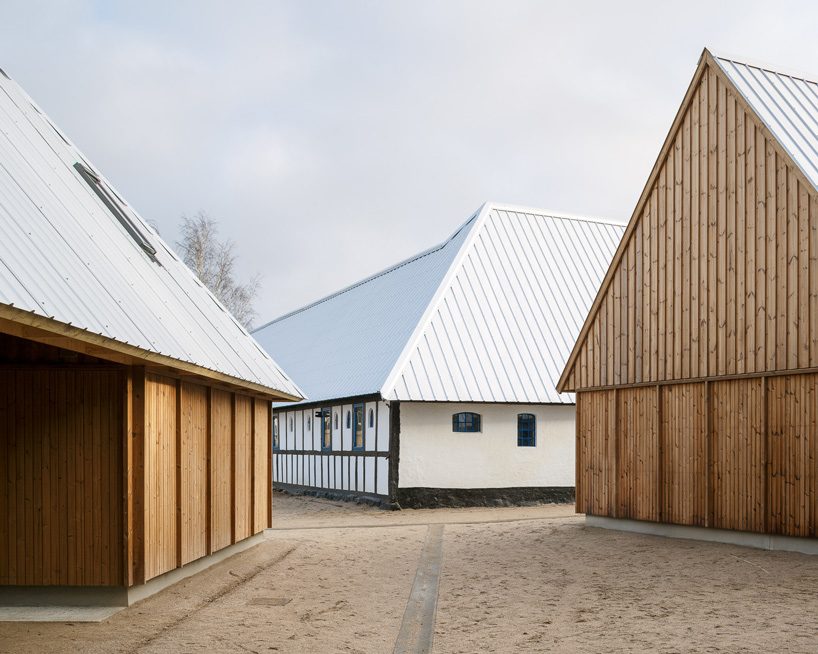 lenschow & pihlmann has transformed the timber farmhouse ‘søgaard’, which once served as the home of one family and their cattle, into a student village that incorporates the original four-fold structure, seven new buildings and outdoor areas. the design of the small settlement references traditional danish roadside villages, with a series of public spaces, enclosed courtyards with paving stones, and streets that lead towards the forest. 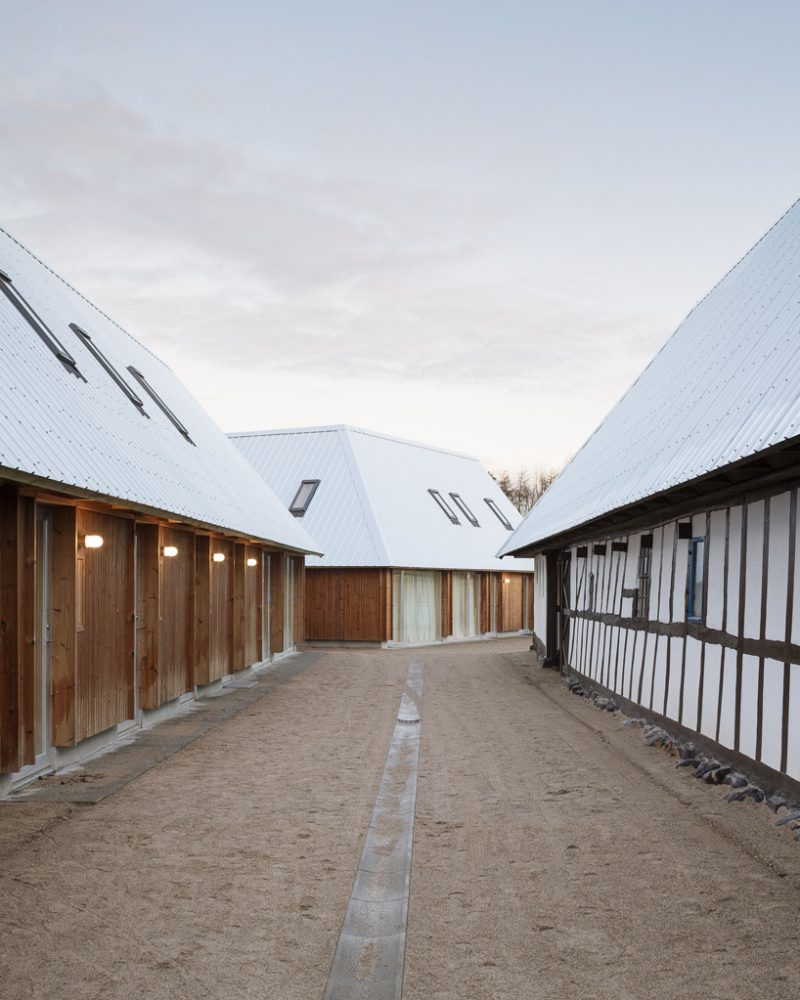 all apartments are designed with an open facade that faces the surrounding landscape, and a more closed facade that faces the village streets, making sure that residents have both direct access to nature and can participate easily in the common spaces. two large public areas reinforce the sense of community in the settlement: a large common room that occupies the old barn, and the old courtyard, which is the biggest outdoor space in the village, with direct connection to the barn. 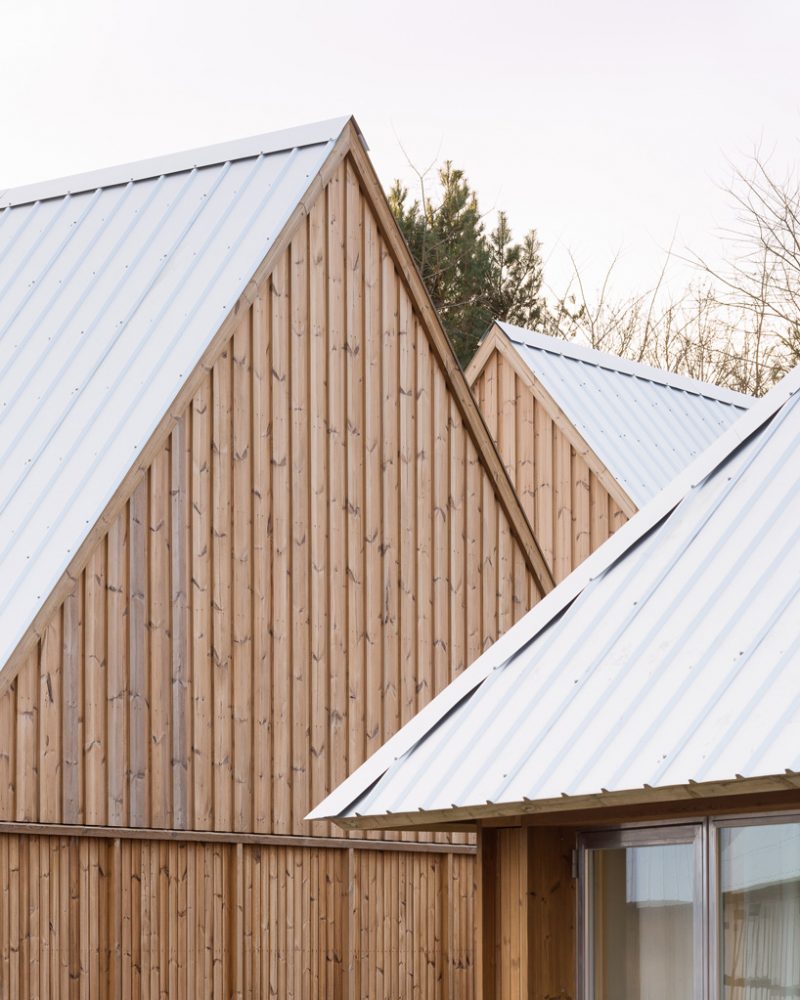 the architects have followed a restoration approach that follows the principles on which the farm was originally built. the old barn’s old roof has been replaced, while the entire structure has been insulated, its timber restored, and new foundations have been established. built using alu-zinc panels, the new roof links the old farm with the new buildings, as so does the attic in the old bard with its visible pinewood structure and new plasterboards. constructed as modern module houses, the new structures follow the same principles as the renovation, using materials that are in harmony with the existing structure. both in the old farm and in the new additions, ceilings and lofts are covered in pine plywood, floors are cast in concrete, and stairs, handrails and fittings are made out of black steel. 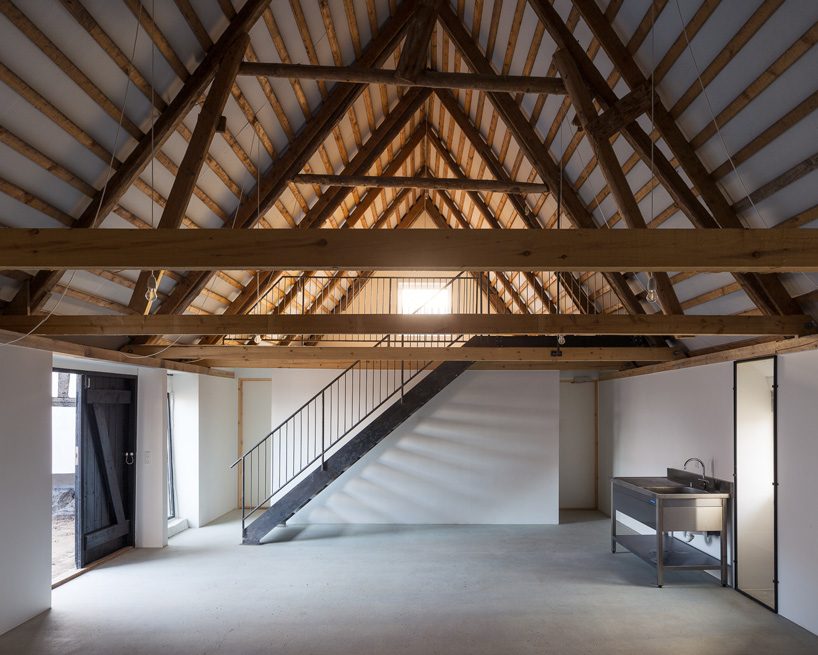 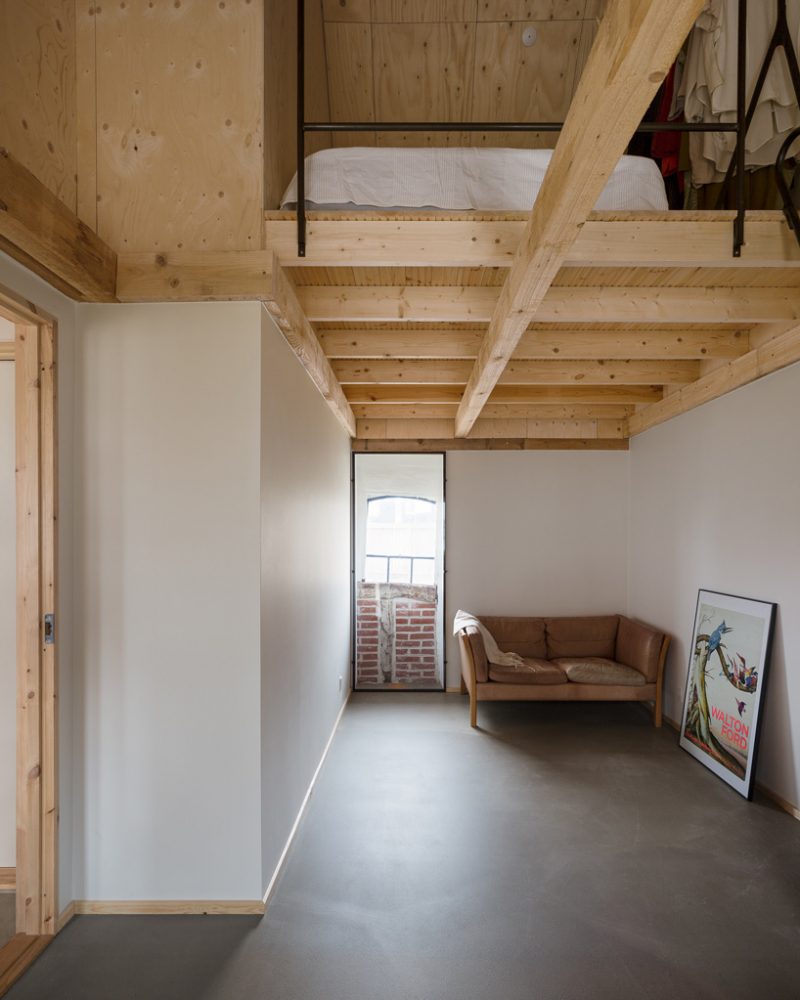 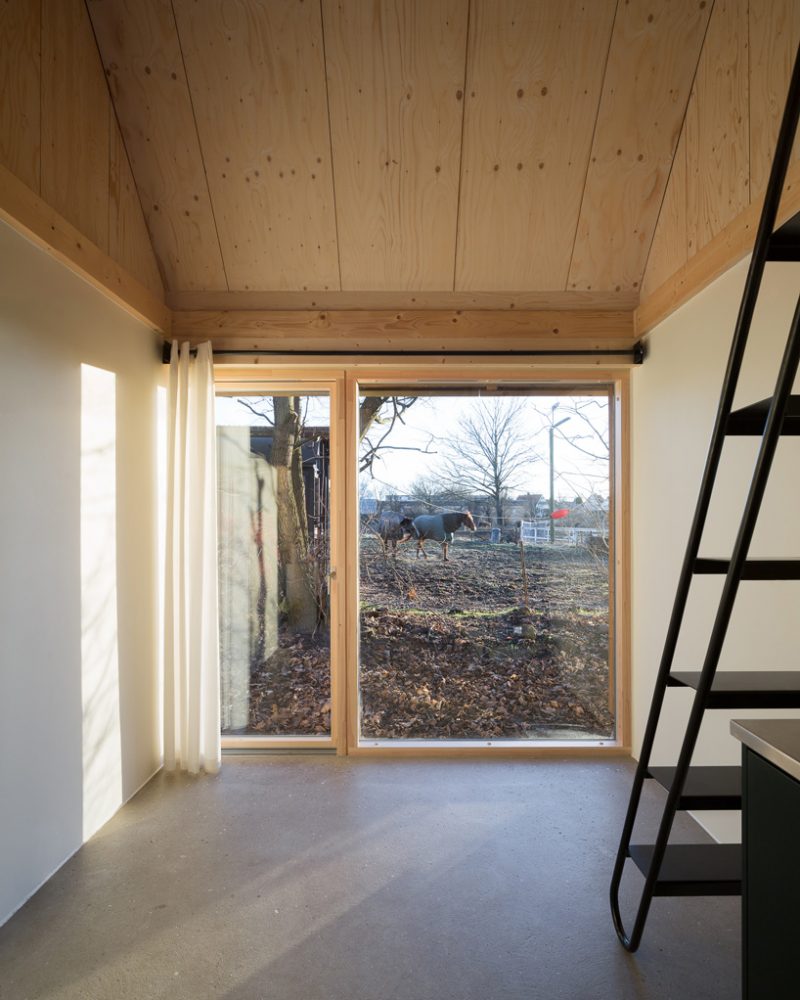 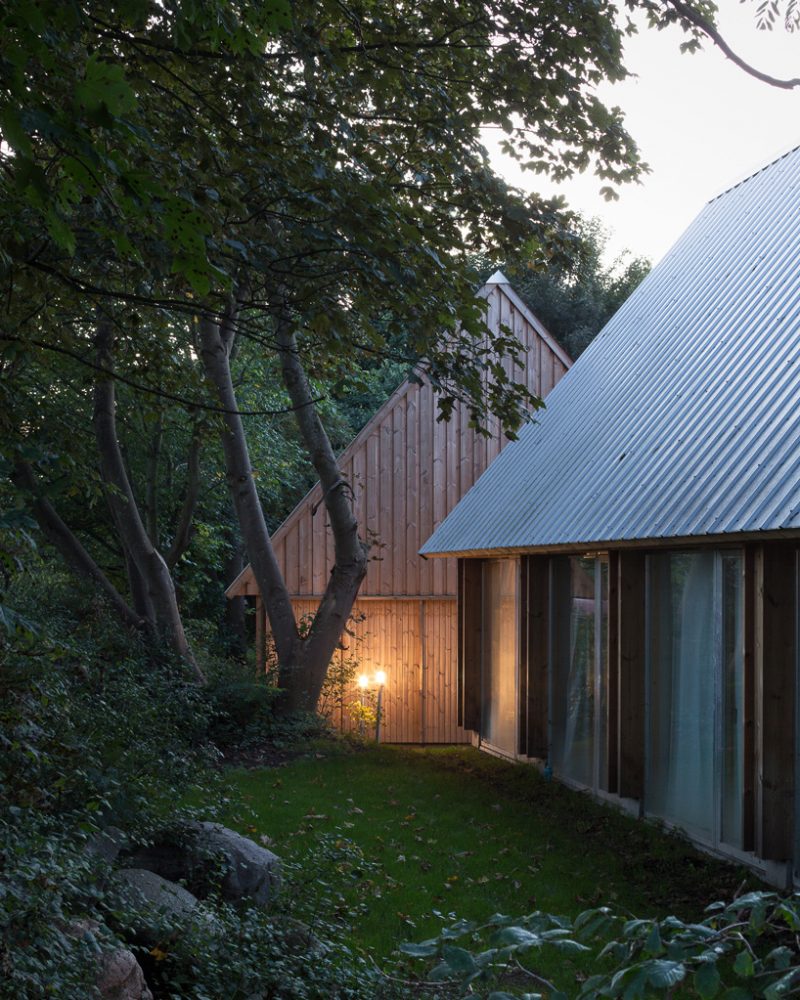 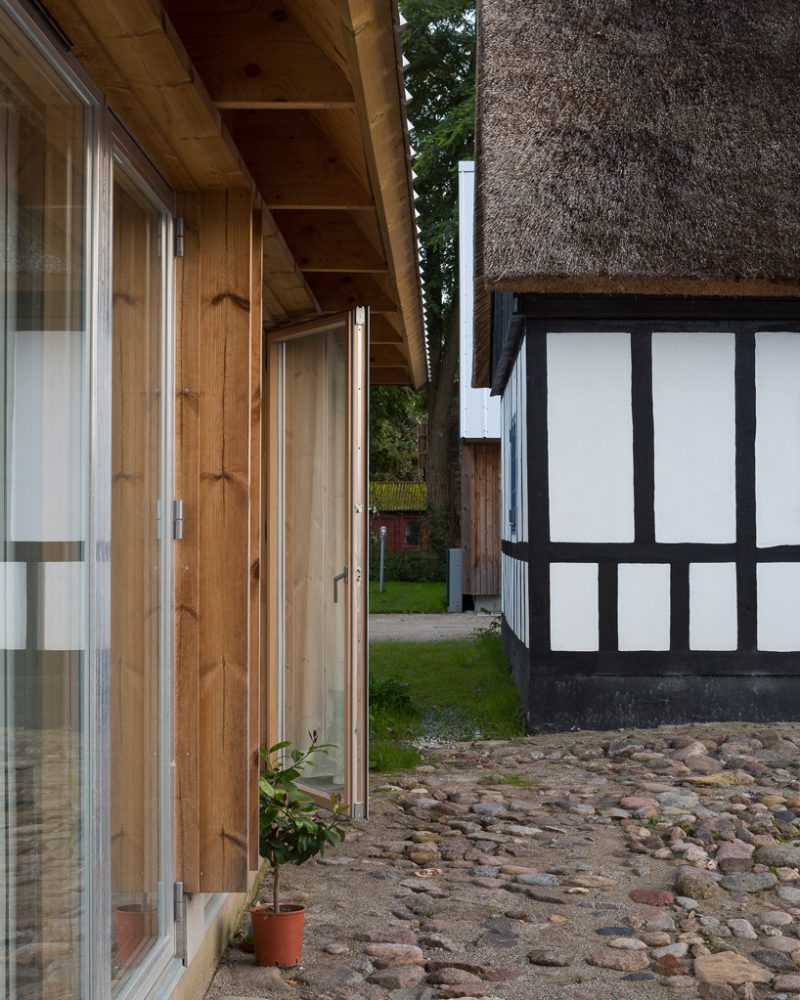 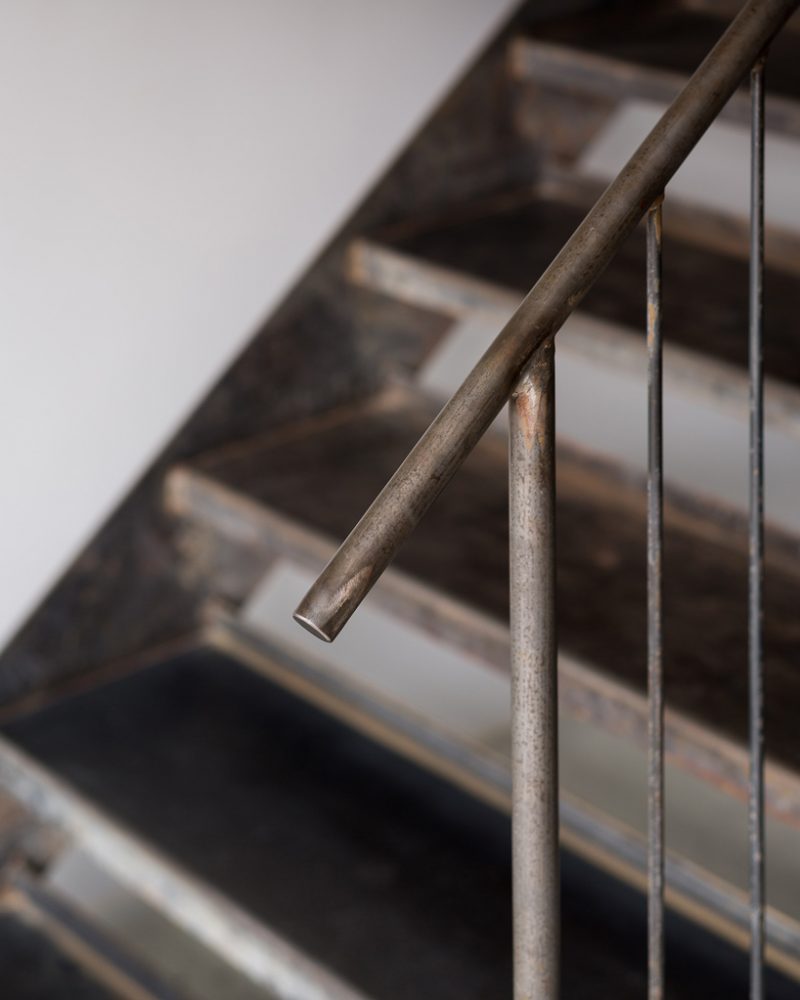 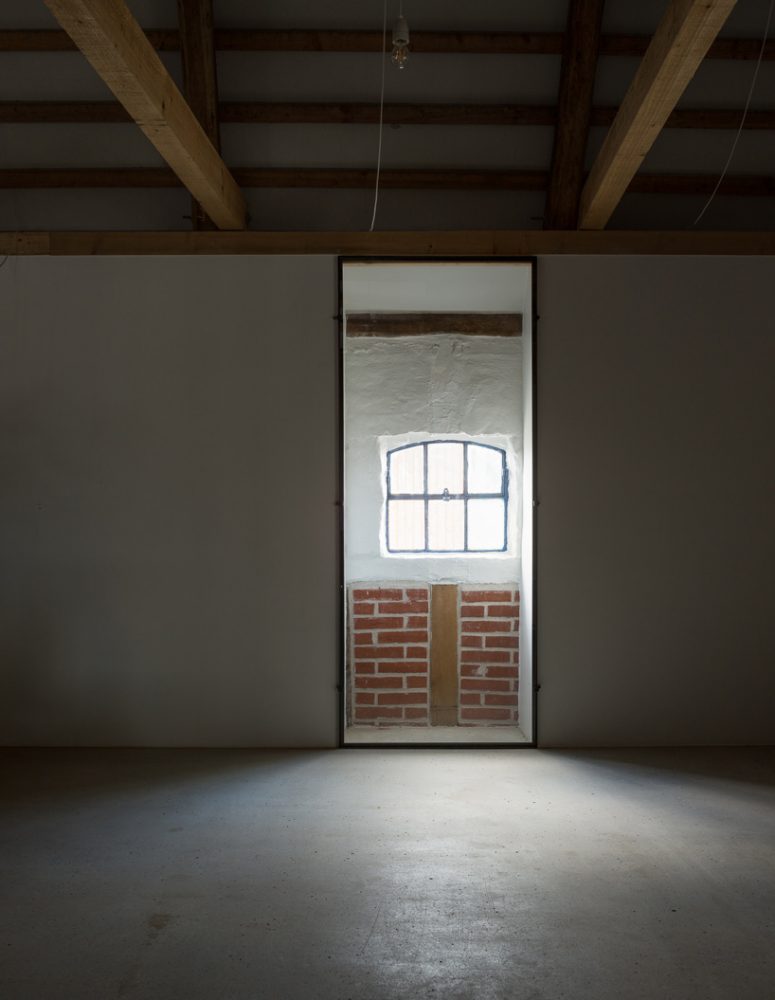 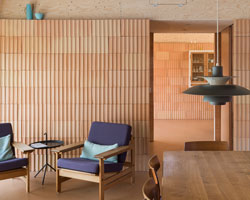 May 20, 2020
house on fanø by lenschow & pihlmann reinterprets the traditional danish longhouse 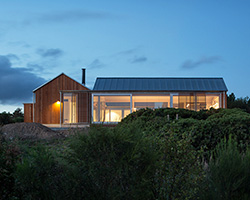 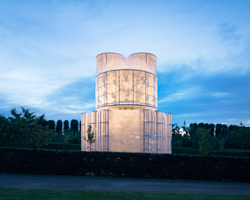 Aug 08, 2022
bjarke ingels teams up with american billionaire to plan utopian city of the future
telosa will eventually house 5 million people and is planned to be built 'from scratch' on a 150,000-acre site in the US.
architecture
962 shares
connections: +1570