the glass tower by eric owen moss architects is posed to be encourage a re-development in south central los angeles. the building has been in planning since the nineties but was stalled for some years until it was re-designed in 2006 as a single tower. a rail line installed nearby spurred the redesign. the structure is part of the redevelopment of south central LA, an area plagued with poverty and violence for many years. the project was originally conceived of with a structural strategy, consisting of curvilinear ribbons wrapping two main volumes.

the new design remains very similar with the same ribbon theme, but as a single volume. as the area’s only high-rise, office tenants will enjoy wide, open views of the city. a train stop sits directly outside the building, but car parking was also a main concern for the architects. the aforementioned ribbon scheme provides the building’s structure, making each floor completely open. the ribbons are made from steel tubes filled with concrete. each floor was the same flexible plan but comes in three distinct heights of 13, 16 and 24 feet, to offer further flexibility. 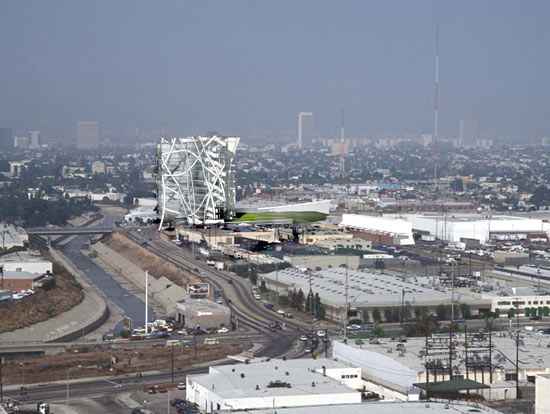 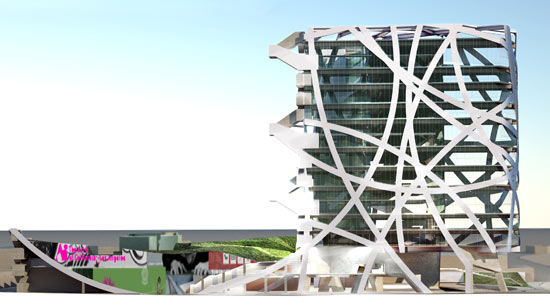 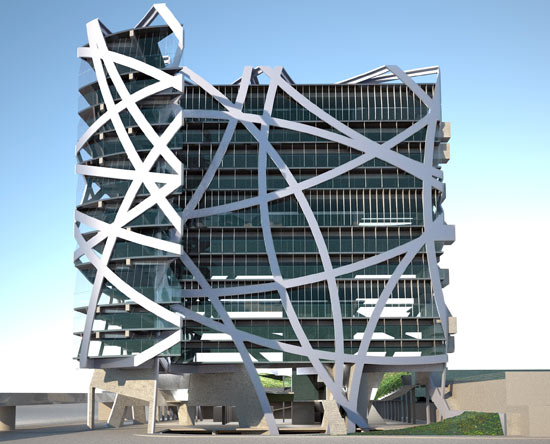 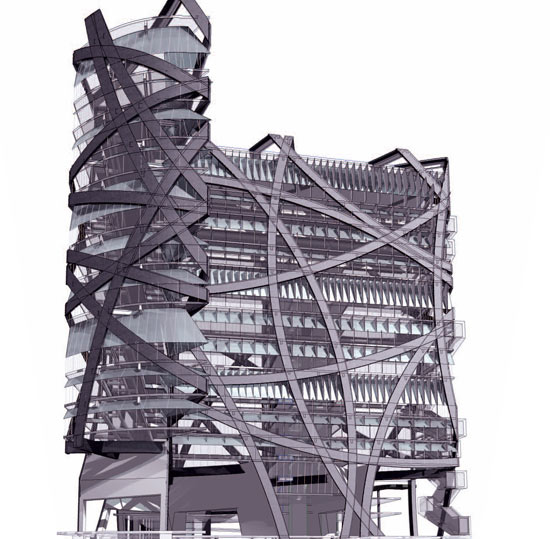