designboom was recently in LA where we had the opportunity to visit eric owen moss’s ‘samitaur tower’, the almost complete information unit in the creative district of culver city. marking the primary entry into the zone, the 72 foot structure stands above the surrounding built environment, its function and volume symbolizing the advent of the significant new urban development.

organized as an open air unit, the building is designed as both an observation tower and a billboard of sorts, with its primary objective aimed at distributing art and relevant cultural content to in-transit audiences. 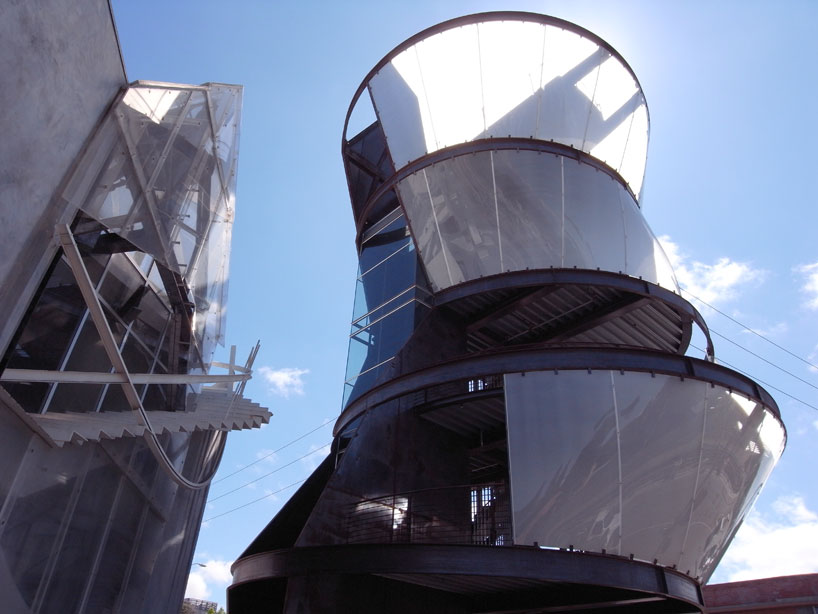 five vertically stacked circular steel rings, approximately 30 feet in diameter compose the overall structure. staggered in plan, the rings visibly shift from front-to-back and side-to-side to establish viewing angles for the various levels. on the rear elevation, a series of platforms extend from the unit, further generating a connection to both the city and creative hub at foot. 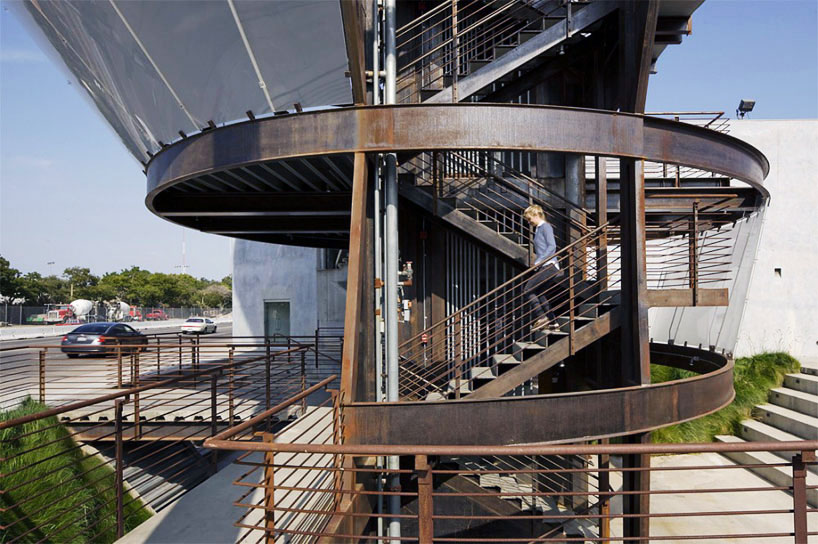 surface and exterior cladding. used for the first time as a protective enclosure, the panels are directed towards the

street to be seen by passing pedestrians, vehicular traffic and the frequented rail line adjacent to the structure.

along with art and graphic presentations. one screen located just above grade level is positioned opposite the others,

intended for a smaller and more localized audience. backing a stage for speakers and performers, the small outdoor 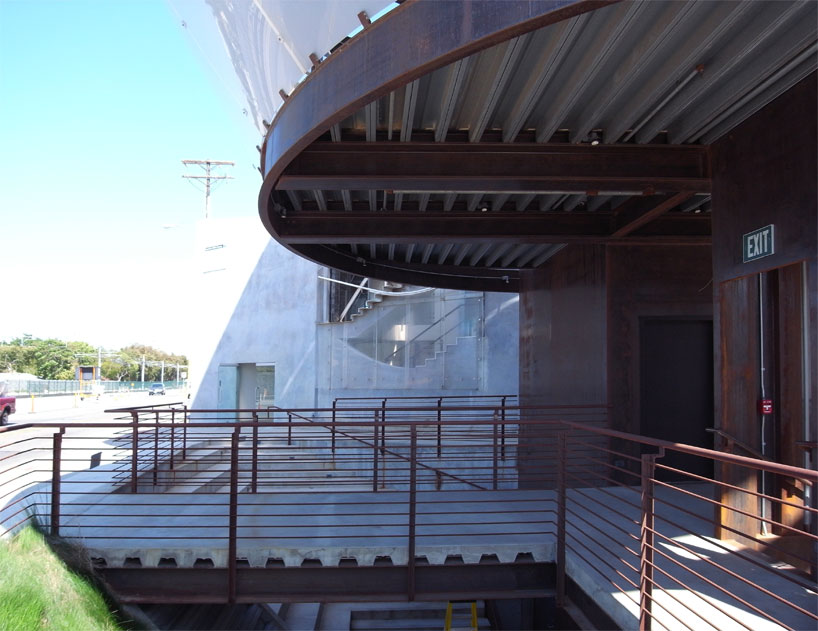 samitaur tower is one of many buildings designed by eric owen moss in the previously industrial area at the eastern edge of culver city. with most of his realized structures located in the tight creative zone – home to new media companies, graphic designers and small studios – moss has successfully generated urban change through architecture in the formerly desolate area. 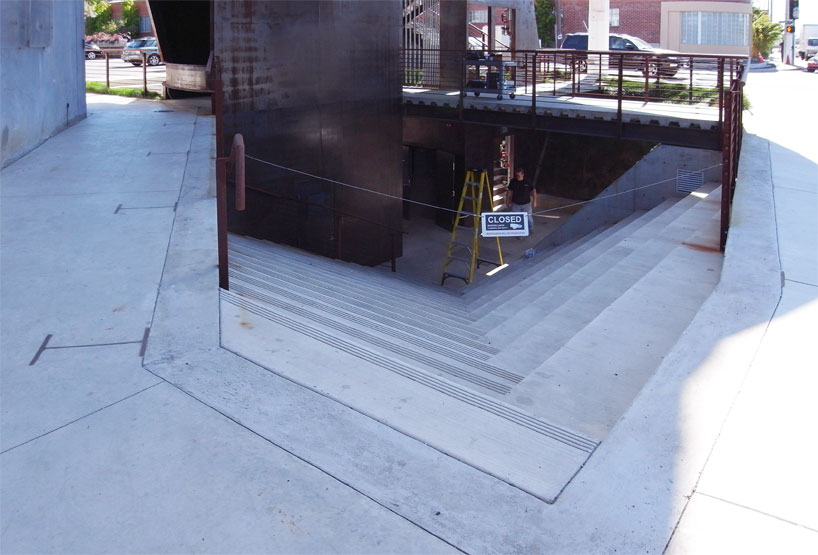 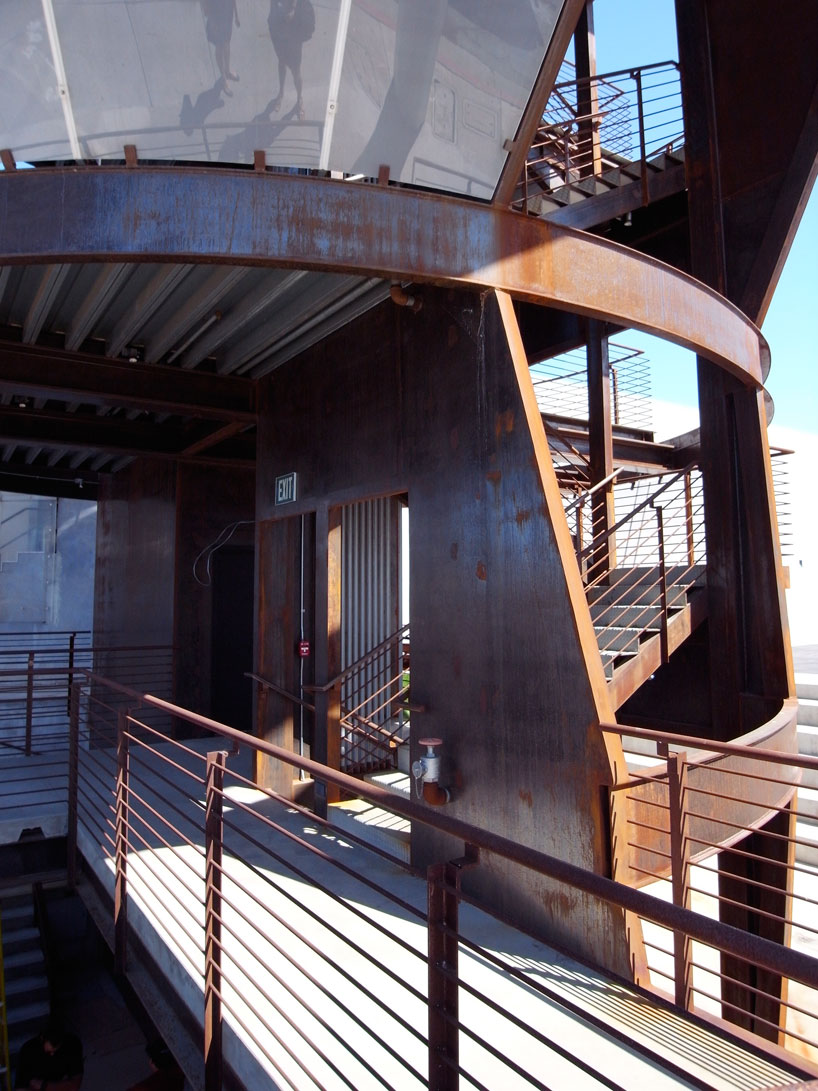 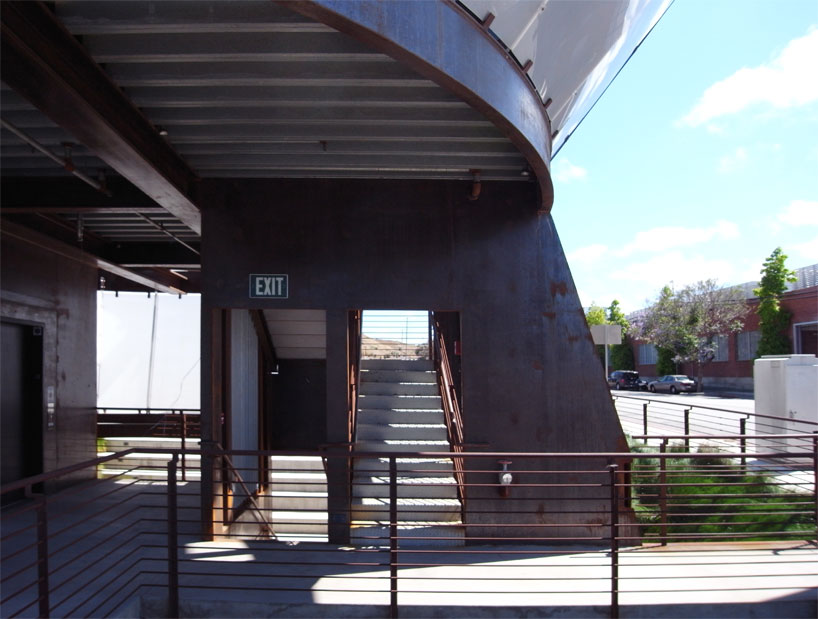 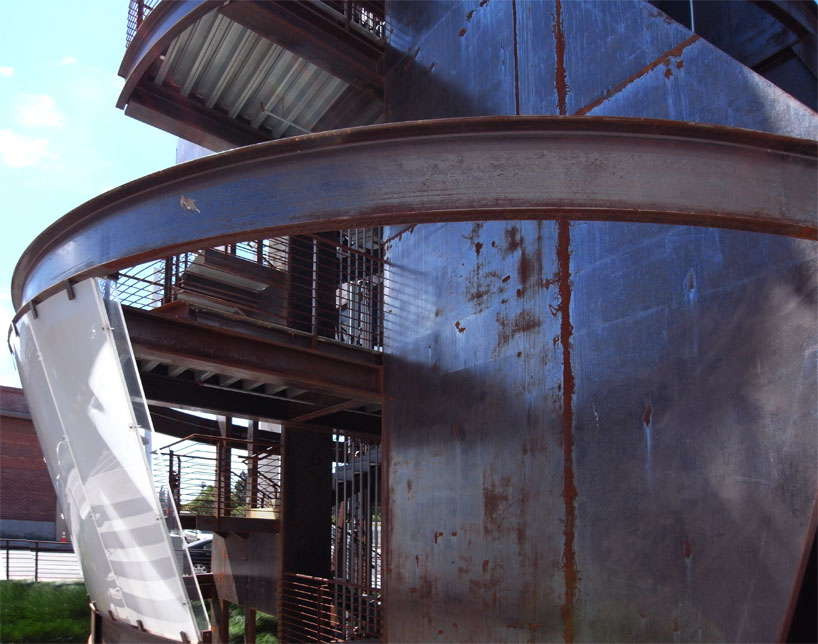 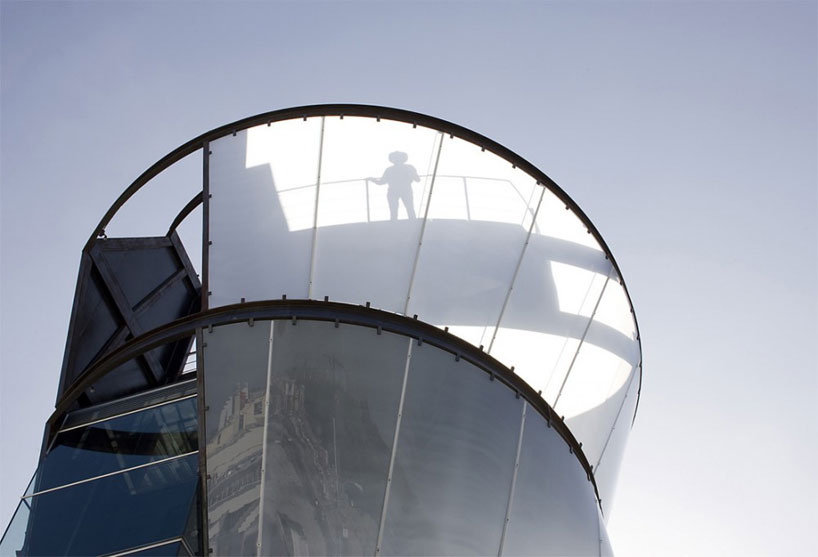 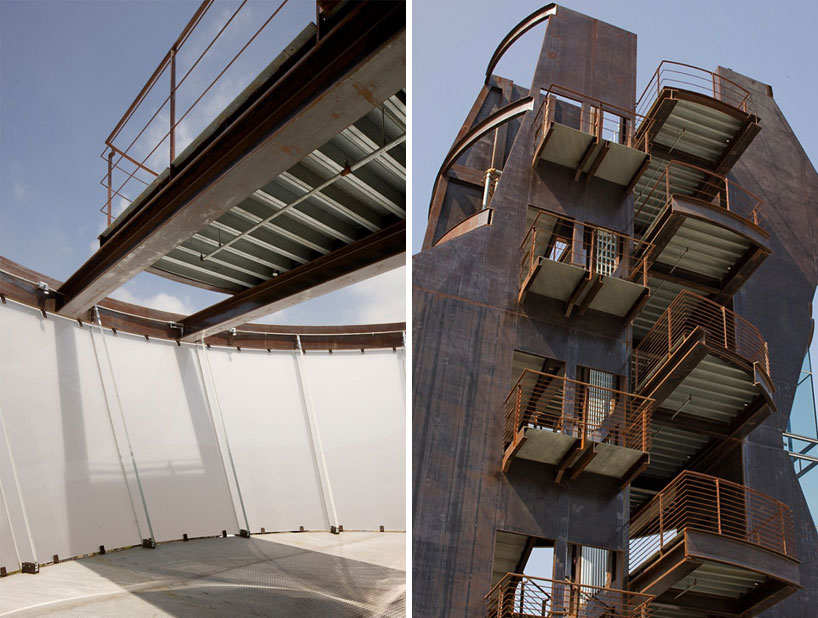 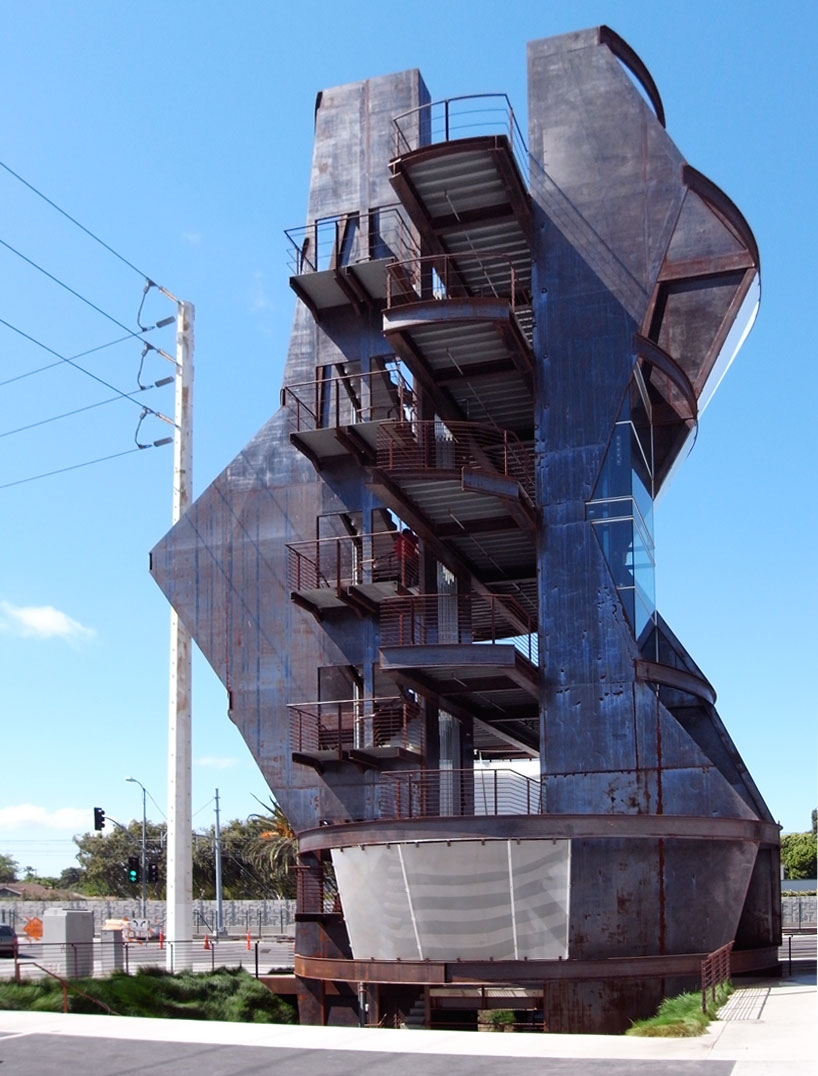 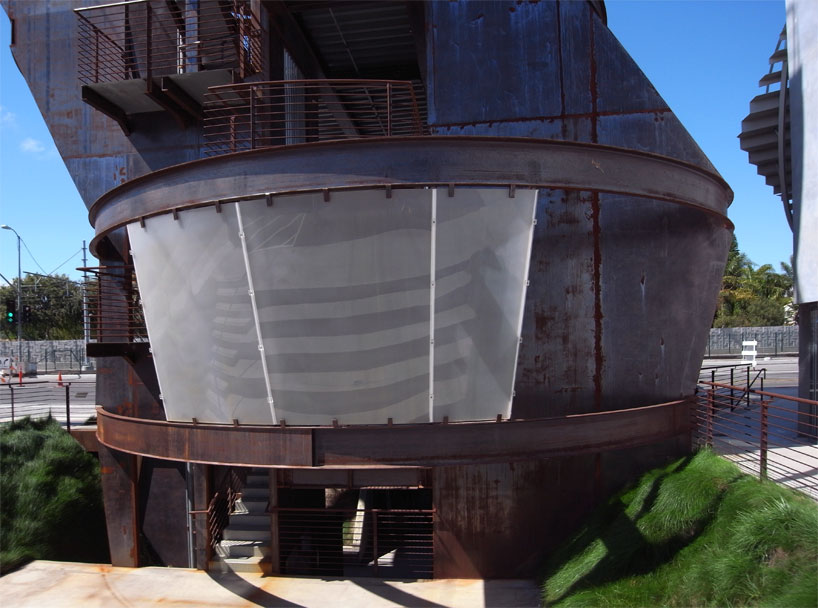 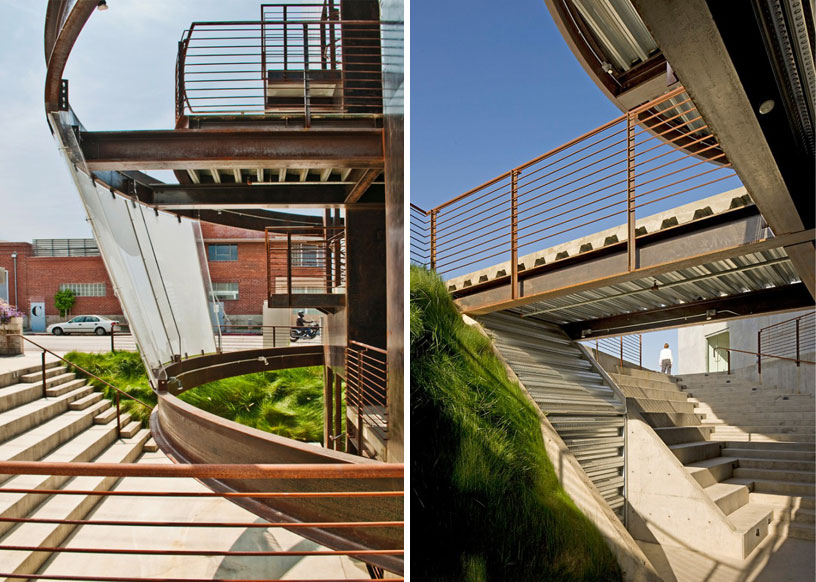 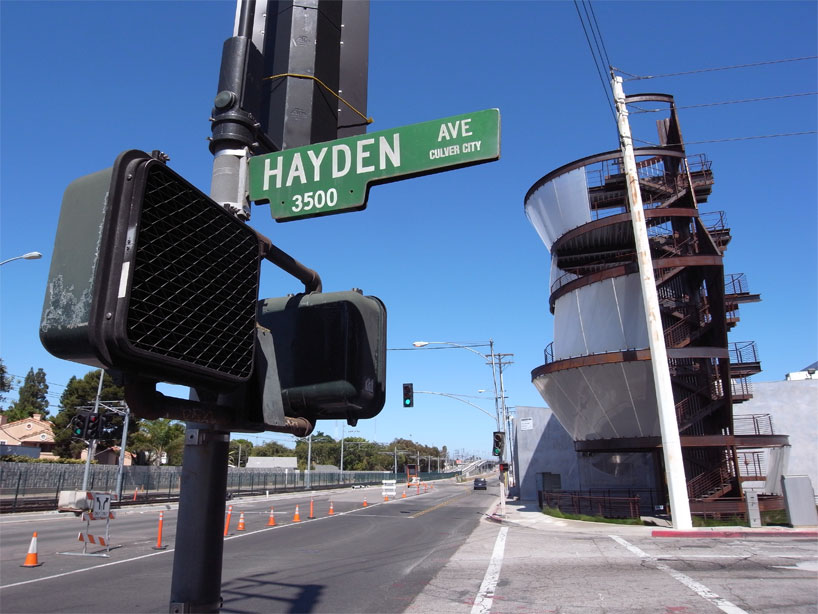 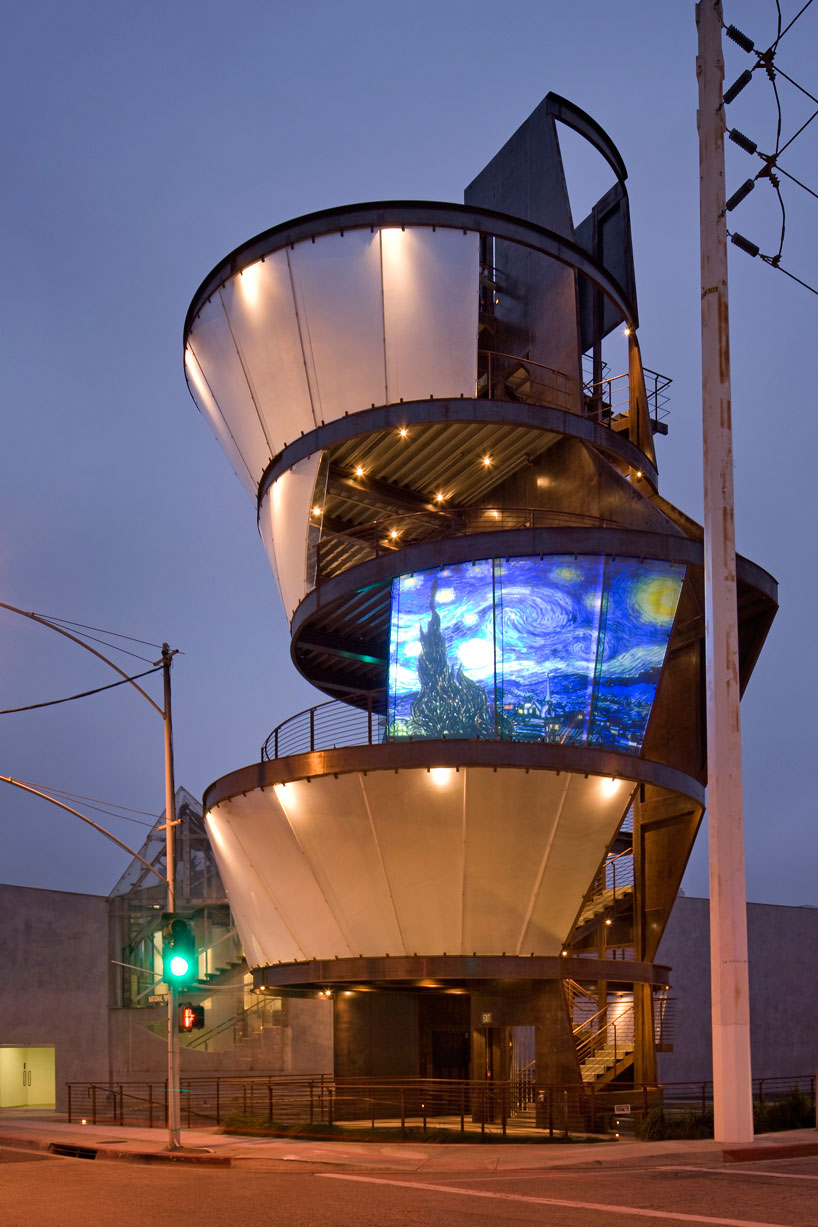 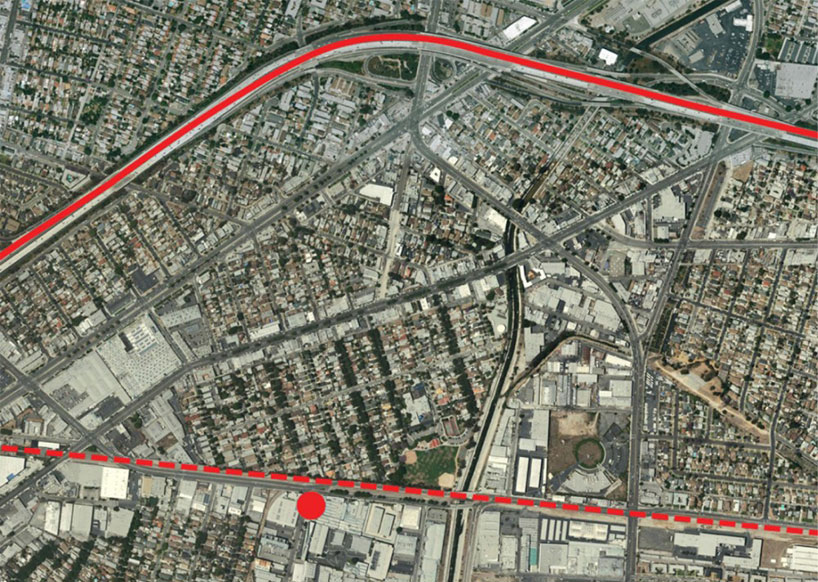 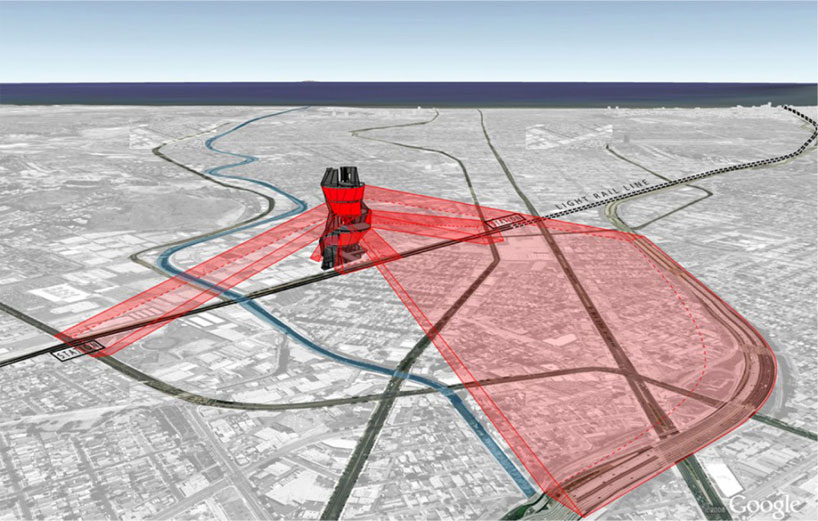 images of the physical model and prototypes taken while visiting the studio of eric owen moss architects: 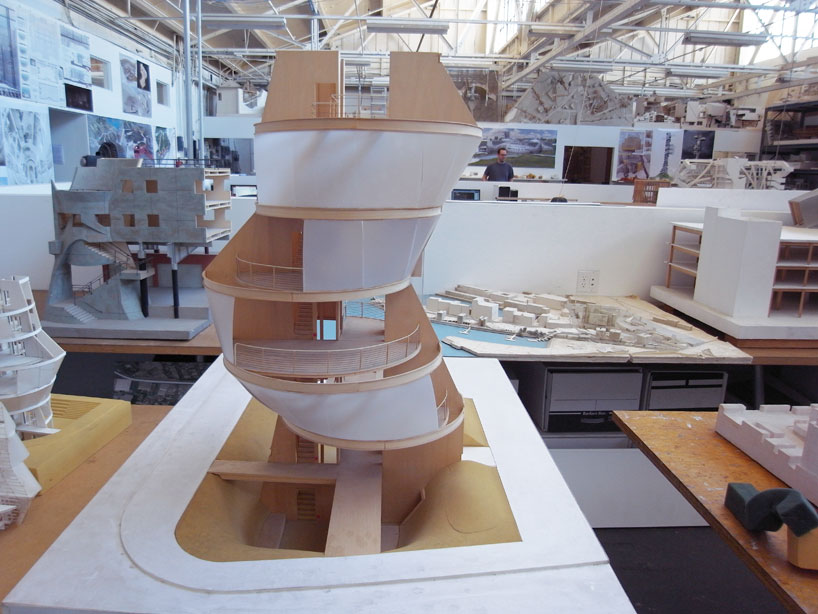 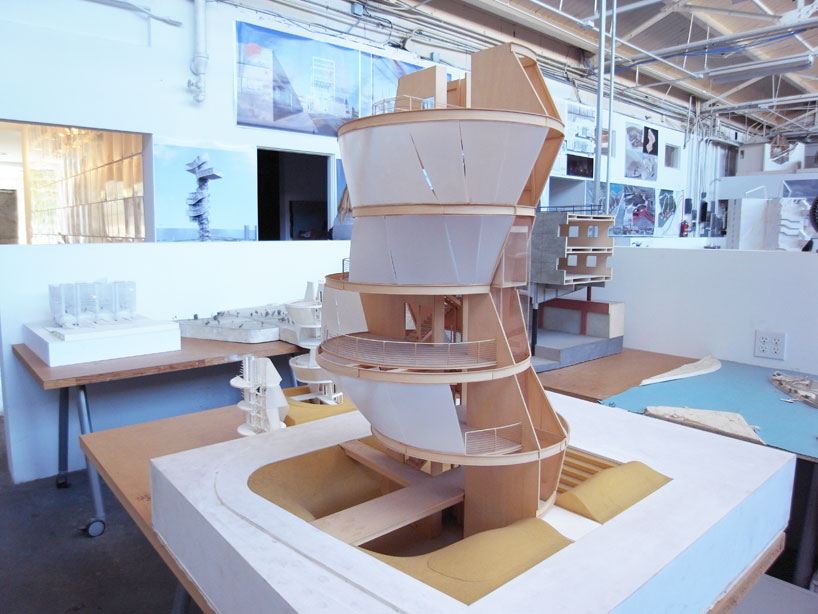 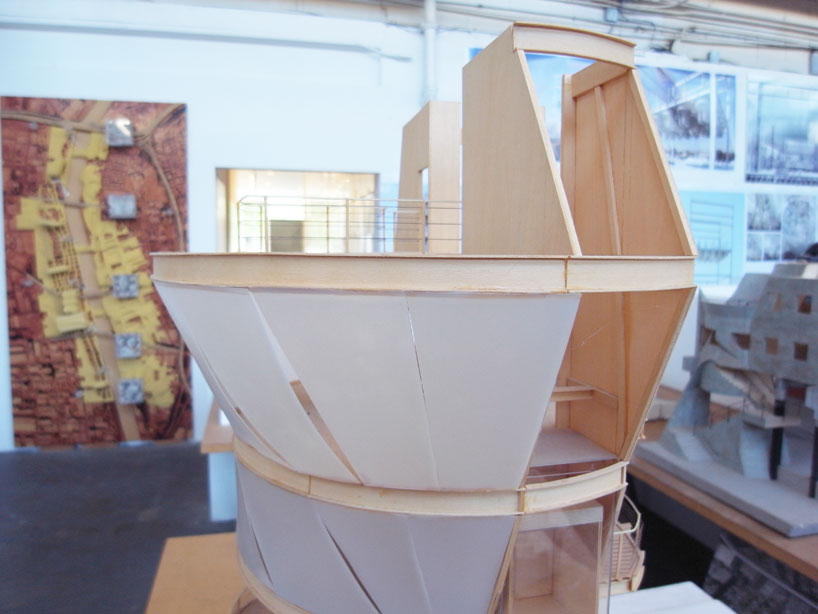 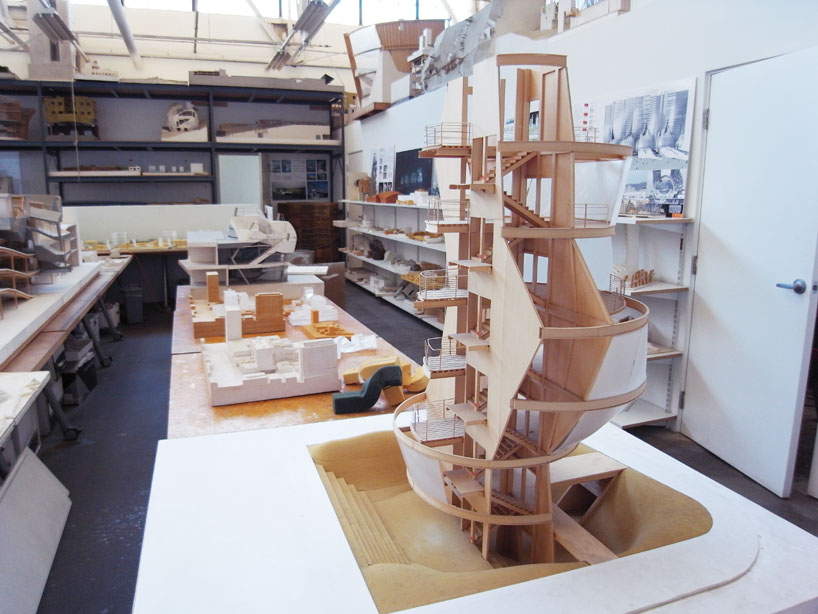 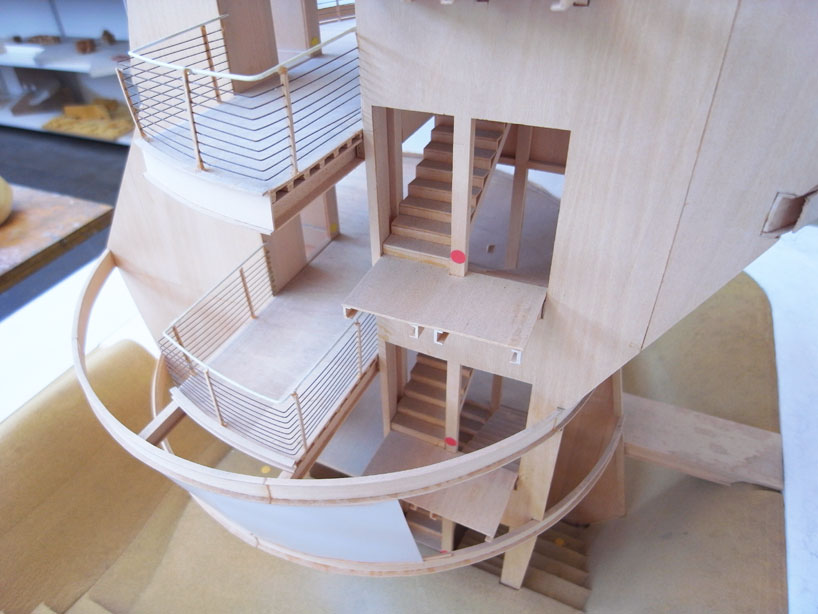 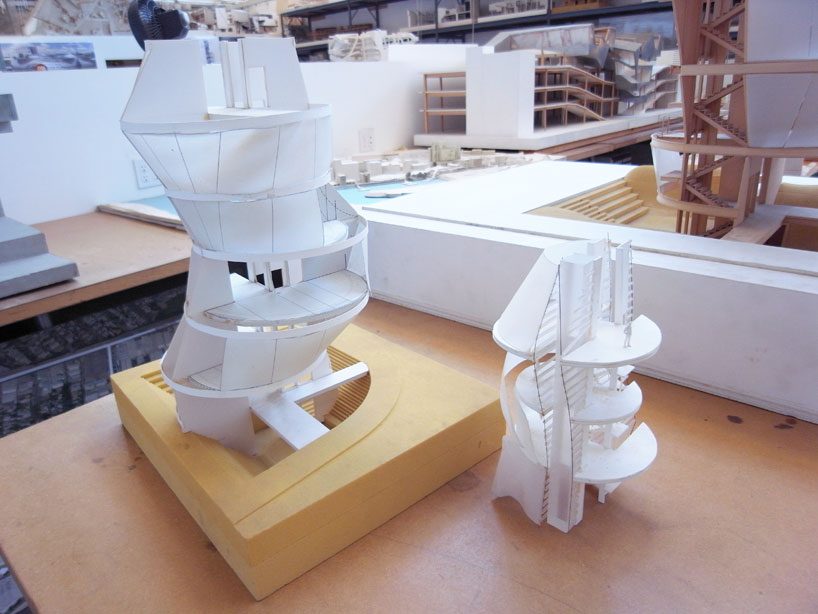 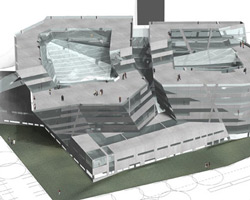