situated on the edge of a hairpin curve in the city of atami, japan, the momoyama house by japanese architect erika nakagawa is surrounded by the rich nature of its mountainous location. the two-base weekend residence incorporates a large, curved roof as its main feature, since an existing wall fence and the many trees on site have already defined, in a subtle way, its interior spaces. 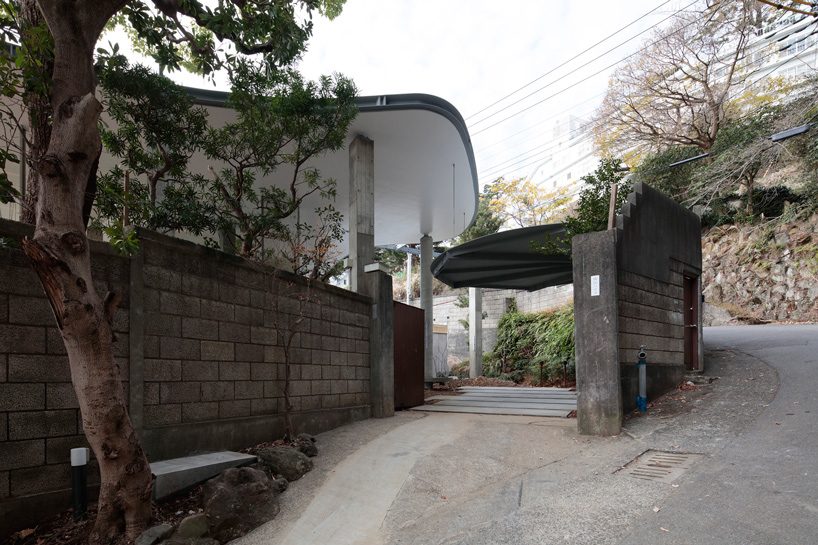 all images by koichi torimura

with the main focus on the design of the roof and the activities that will take place under it, erika nakagawa has constructed a grid of reinforced concrete columns to support the steel structure. though some of the columns are not placed within the house, but rather around its perimeter, they incorporate extending beams that connect to the roof for additional support.

‘it seemed enough intervention to just make a roof, because the site is enclosed by an existing wall, and there are so many trees,’ notes the architect, ‘so we focused on how to make the roof.’ 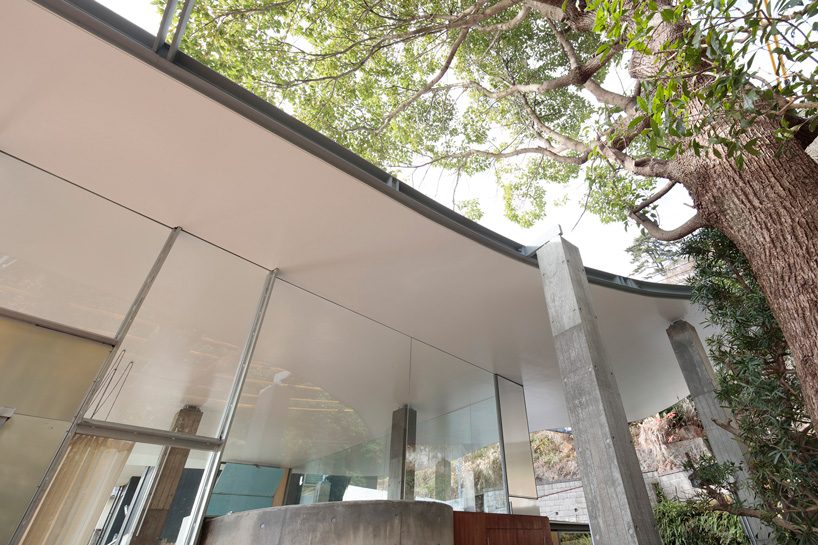 by surrounding the momoyama house with glass walls, the border between interior and exterior disappears, creating an open plan space where the kitchen and living room are in direct contact with the nature outside. ‘space made by such way creates an ambiguous border between interior and exterior – under the roof and out of the roof – having thus a generosity which is able to call the new building, the existing wall and the garden as one architecture,’ nakagawa explains. 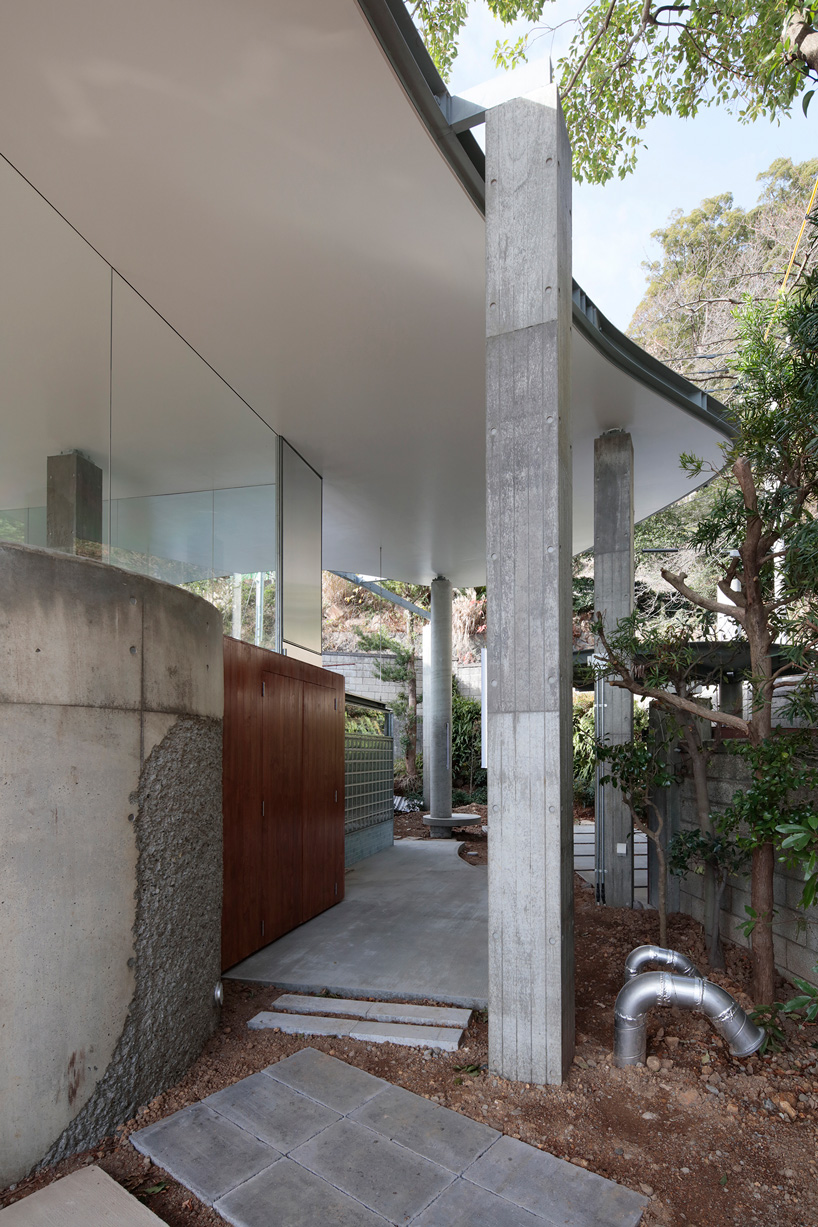 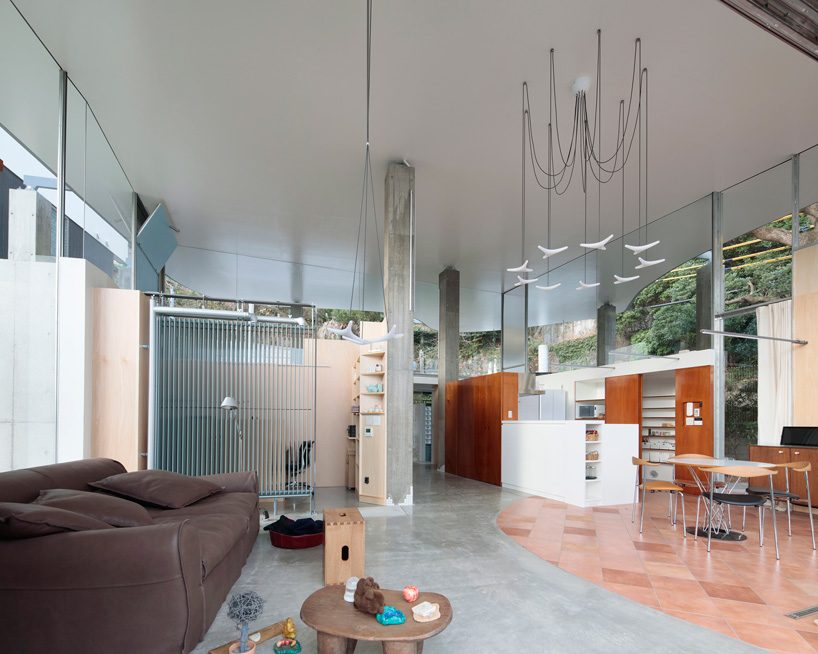 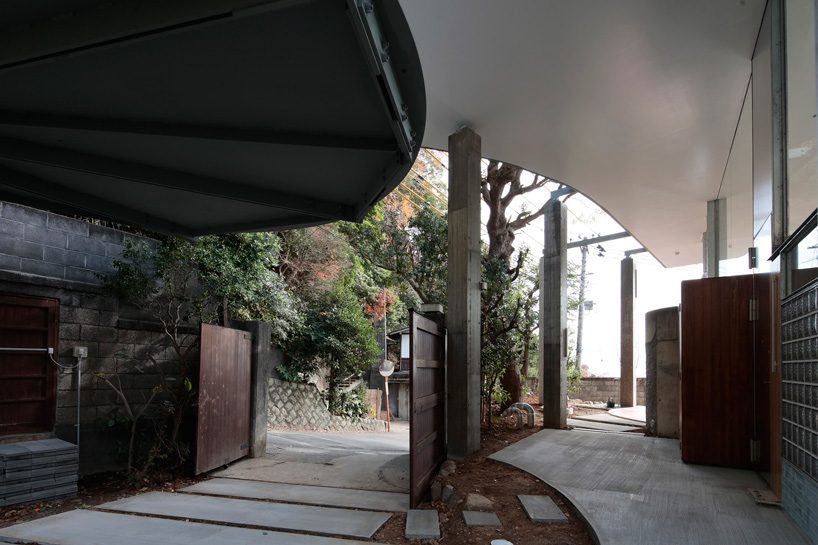 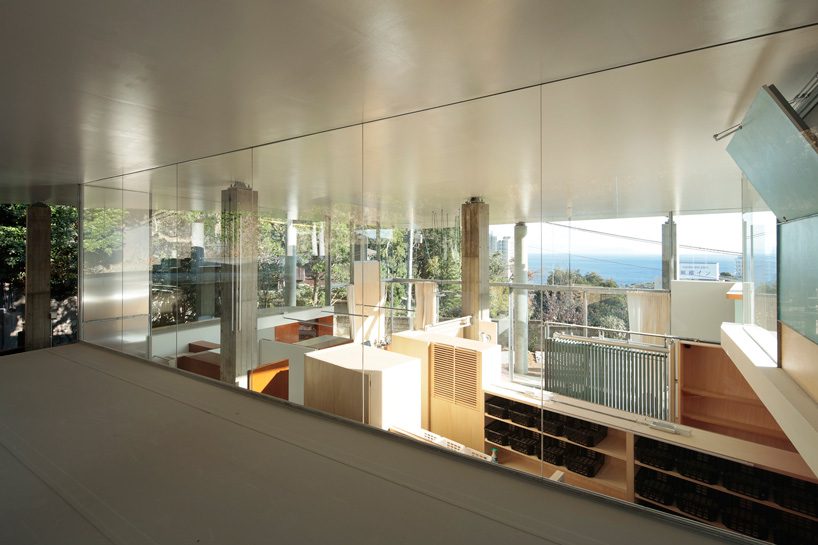 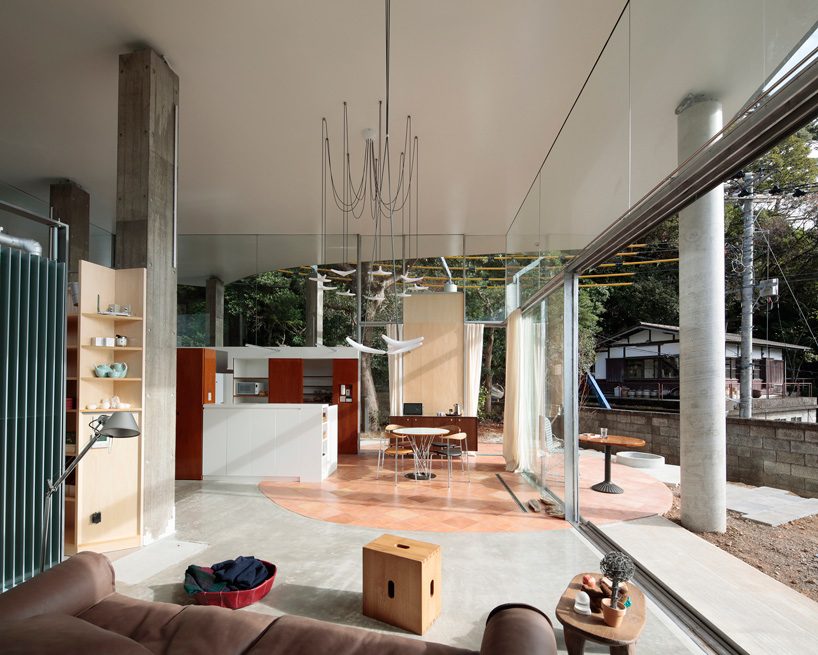