‘southern model institute’ by buenos aires-based esteban gaffuri torrado architects is a primary school in avellaneda, buenos aires. to meet the tight schedule of the academic year, the whole project was constructed in just 60 days.

one of the first elements that defined the design was the acquisition of 32 cm-thick concrete slabs which were originally intended for road work. the low-cost find led the team to reverse the process of structural design, where the internal order and space was defined by the material itself.

specific programs were laid out by the use of a spatial grid created by four parallel frames. on the upper floor, there is a wide central hallway with six classrooms facing the east and the west. the ground floor is largely open, allowing for easy circulation between the street entry to the back, while the cafeteria, bathrooms, computer room, and headmaster’s office are set along the north and west walls. the entrance is pushed back from the facade to create a waiting area for the parents.

another aspect of the design was the large amount of sunlight that would be pouring in due to the building’s plain east and west orientation. the solution was to attach steel grating to the facade, a material that is normally used for industrial flooring. the result is a low-cost sunscreen which remains transparent and secure. 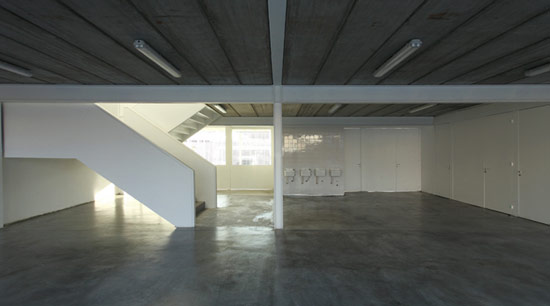 open space on the ground floor 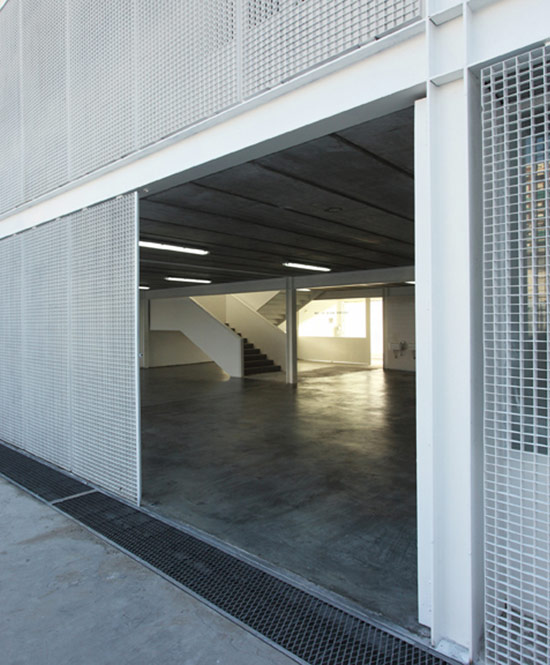 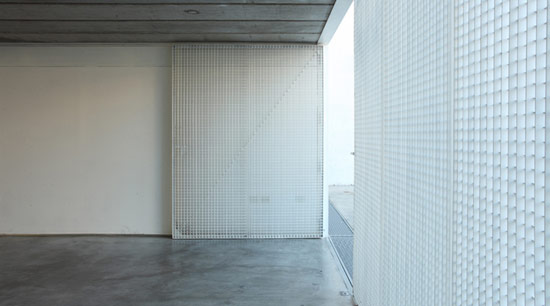 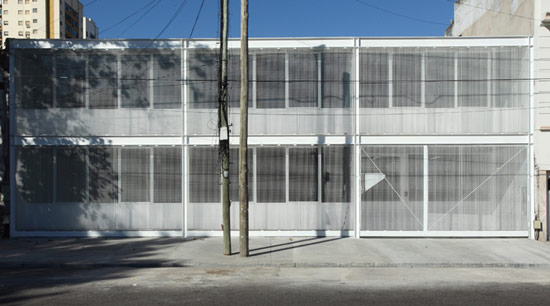 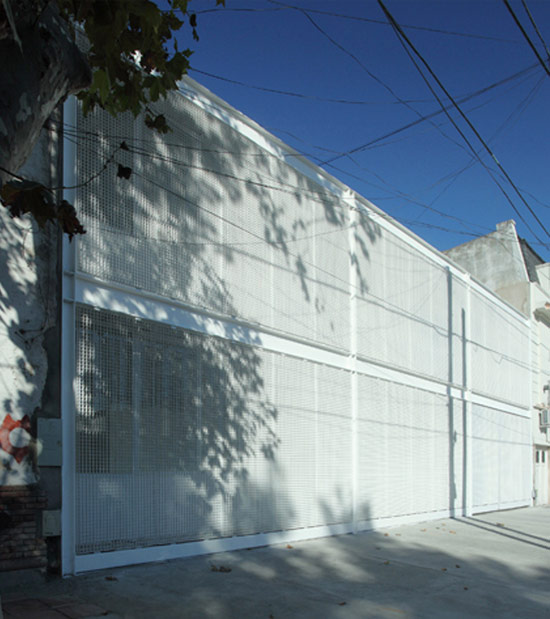 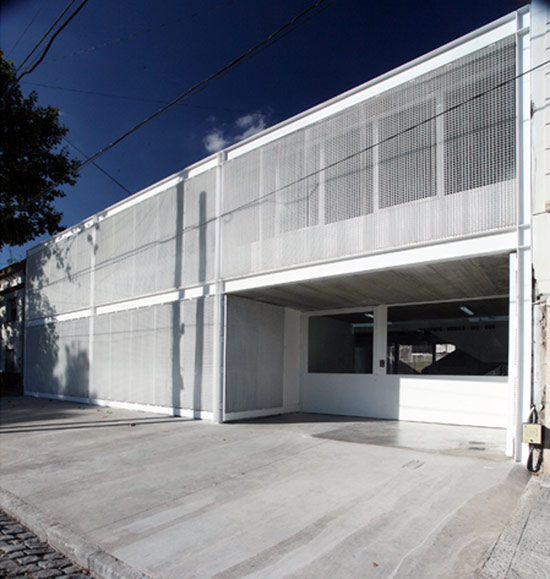 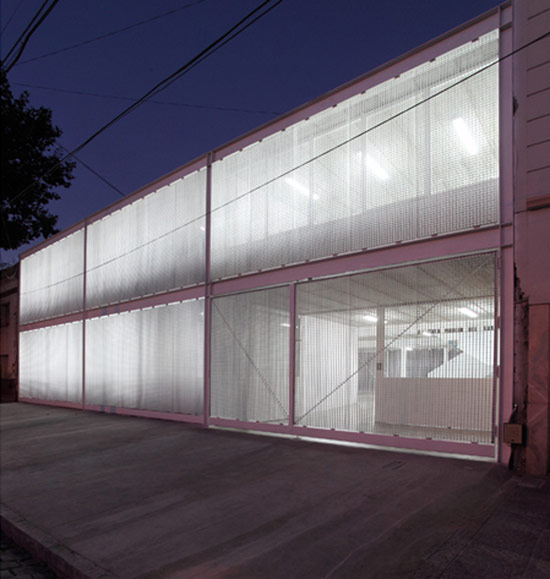 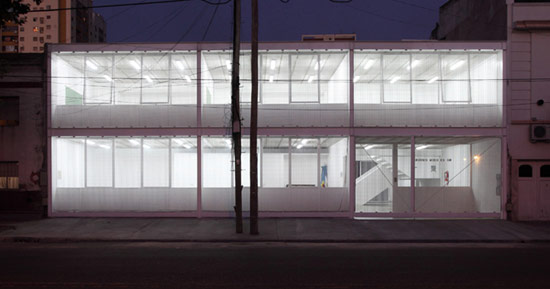 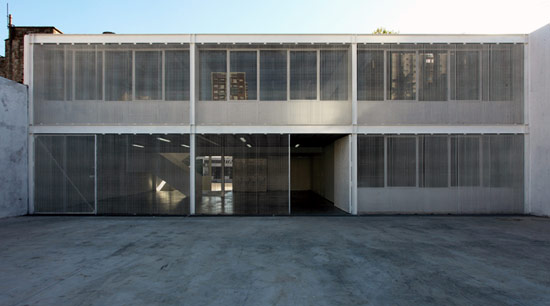 east facade from the courtyard 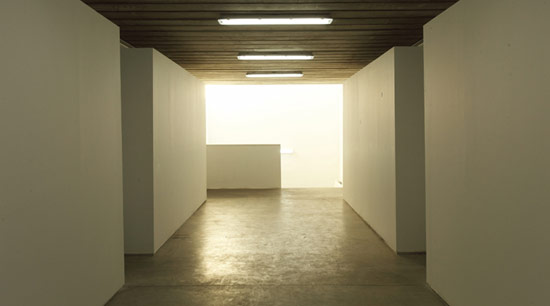 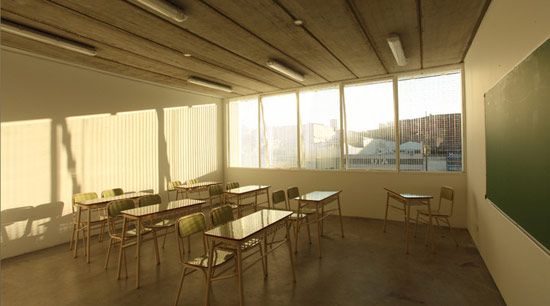 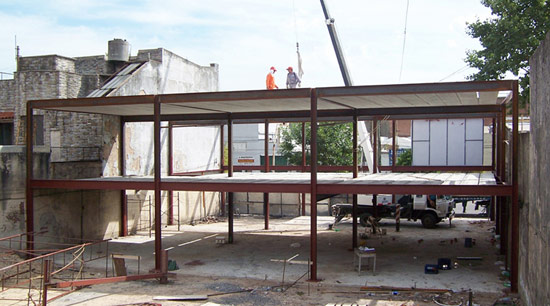 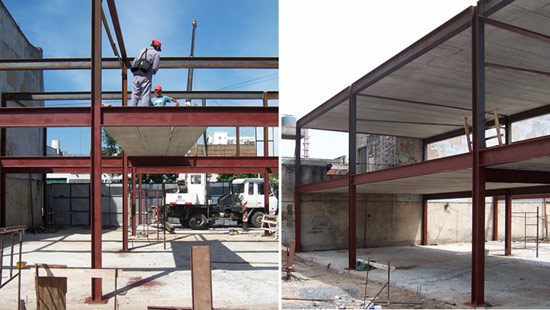