arguably the largest restoration project in the mediterranean basin, the ‘tudela-culip (club med) project’ by spanish firm estudi marti franch, involved a careful deconstruction of 450 abandoned buildings in an effort to reclaim the original orographic makeup of the mountainous seaside terrain. an endeavor that could have quickly become a route habitat reclamation project was instead sensitively considered and developed into a skillful orchestration and reframing of the site’s peculiarities. the club med that was built on northern tip of the iberian peninsula was designed as a holiday village suited to connect some 900 visitors to connect with nature. the complex is cited as a notorious manifestation of the modern movement on the mediterranean coast. in the summer of 2003, the club med was permanently closed and the area was declared national park with outstanding geological and botanical value. the task of re-monumentalizing the land opened the opportunity for changing the relationship between the public and the land.

a new generation of visitors is carried through the site with cor-ten insertions into the landscape; the sculptural planes of steel serve a range of purposes, from lookouts and view-framing devices to animal identifiers and paths. the material palette emphasizes the confluence of culture and nature that the project accomplishes so well. 42000 m3 of architectural residue was removed, and virtually 100% of the material was recycled. additionally, all invasive exotic species of plants, in particular the infamous ‘ice plant’, were removed in favor of restoring the natural geomorphology, drainage system, erosion and sediment transport dynamics of the 90 hectares of rocky outcroppings. most importantly, however, the project posits that powerful architecture can be as much about erasure and void as it can about filling and adding.

the project has garnered top awards from the american society of landscape architects and the 7th annual european landscape biennale.

a complete walkthrough of the renovation, from the construction process to complete reclamation video © pau ardèvol / ielei

a view of the ‘rothko cubes’ that frame and distill the landscape into sea, land and sky 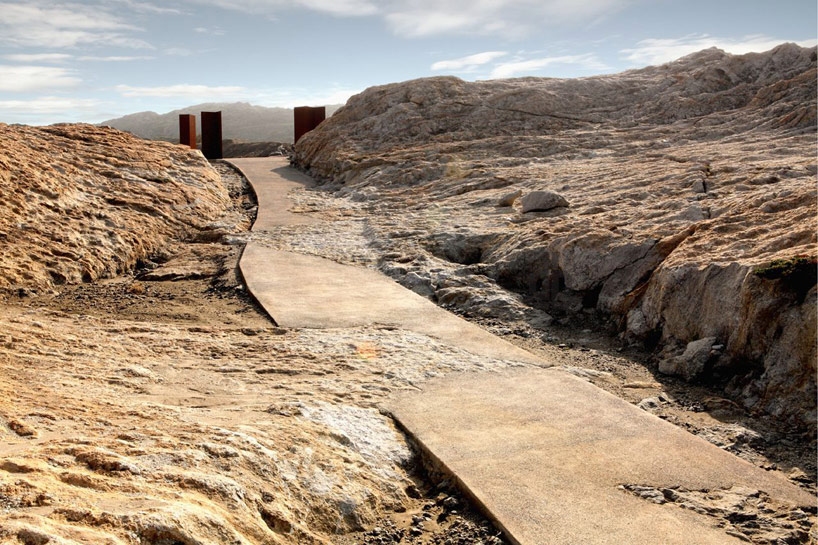 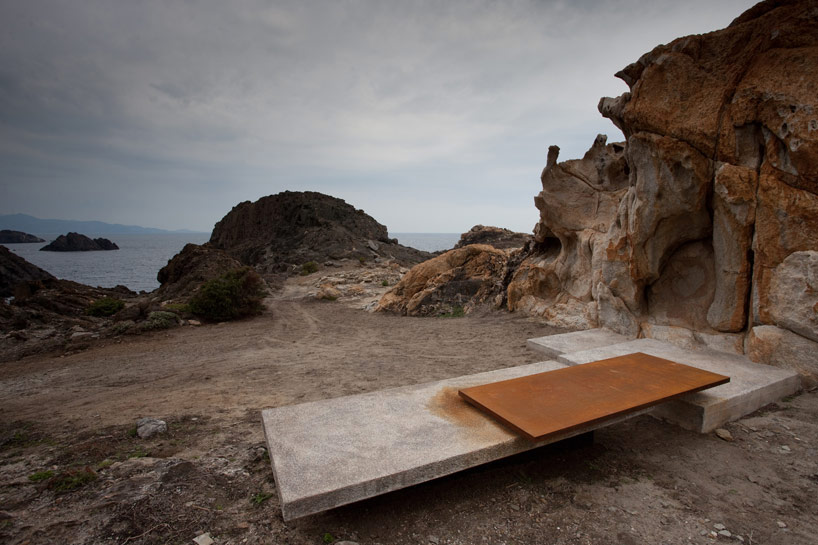 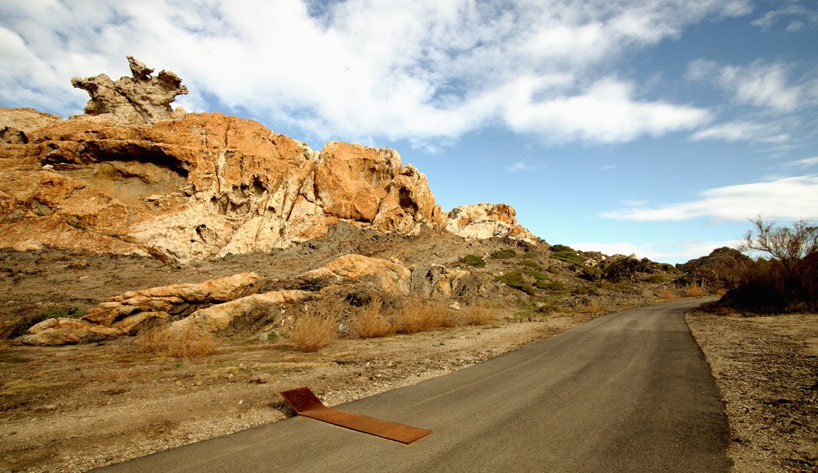 expanding on a traditional of naming rock formations after animals, the steel additions are navigation markers informed by dali-esque cutouts image © pau ardèvol 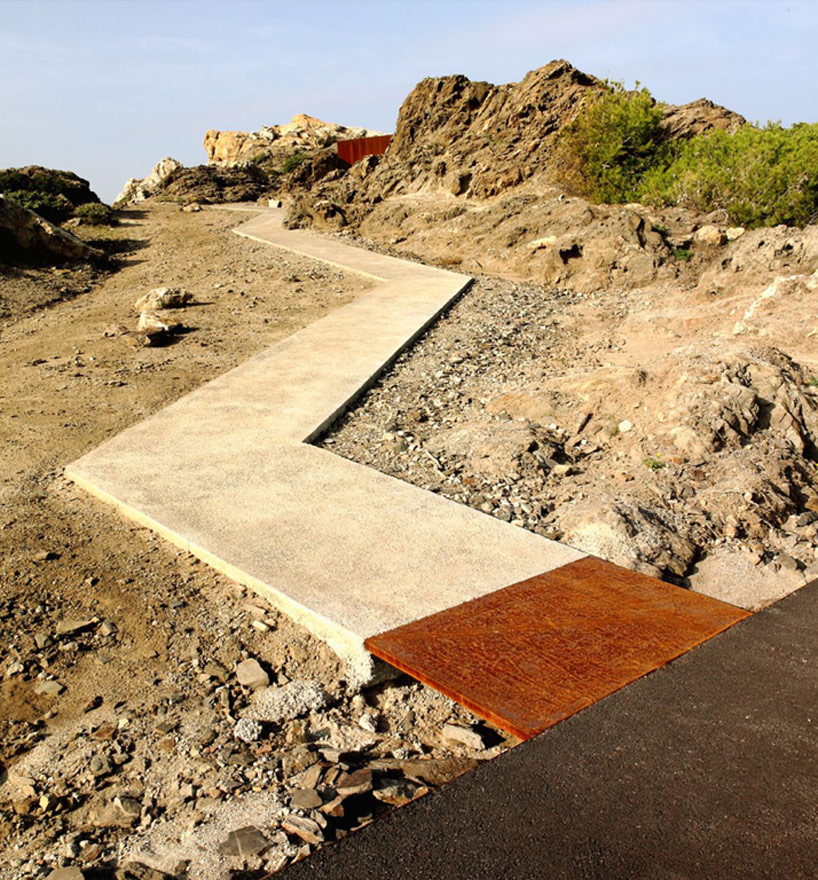 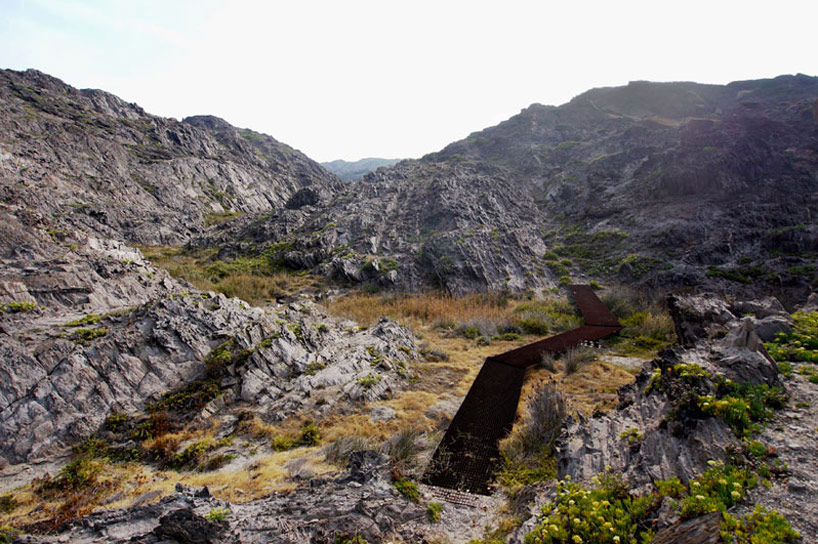 the interventions are veritable art objects in the landscape 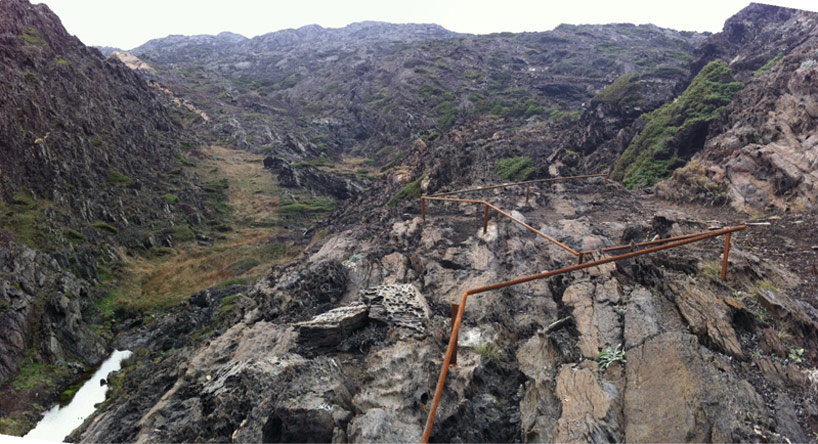 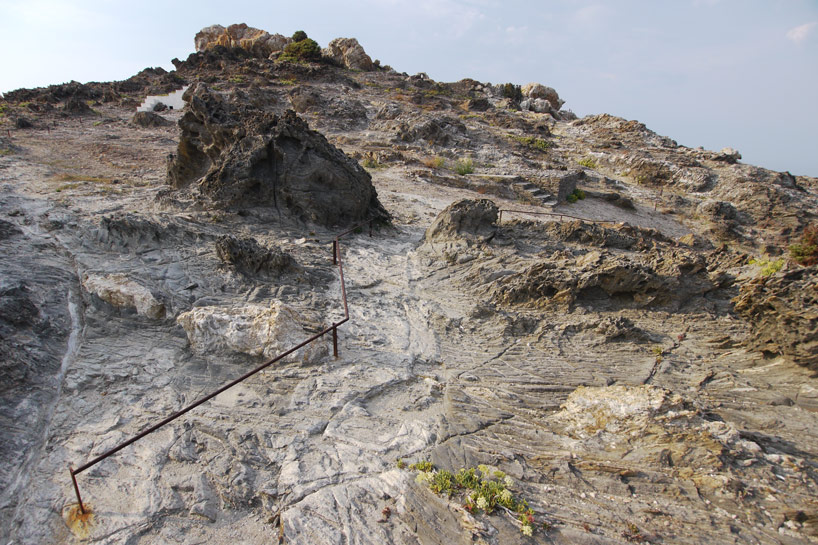 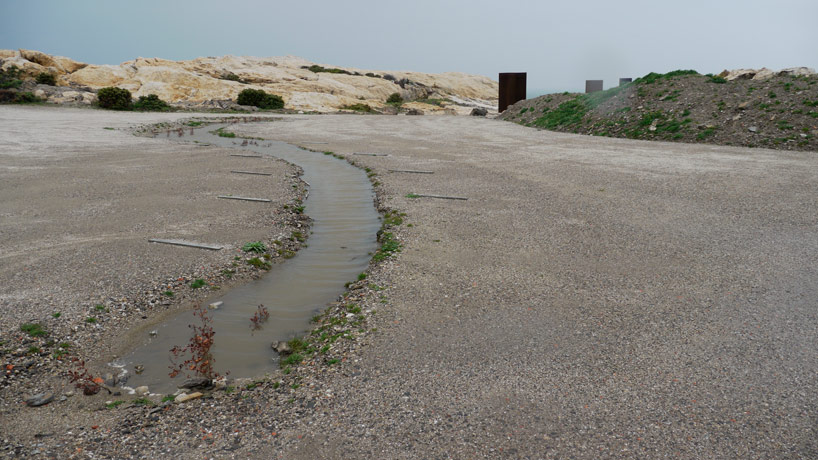 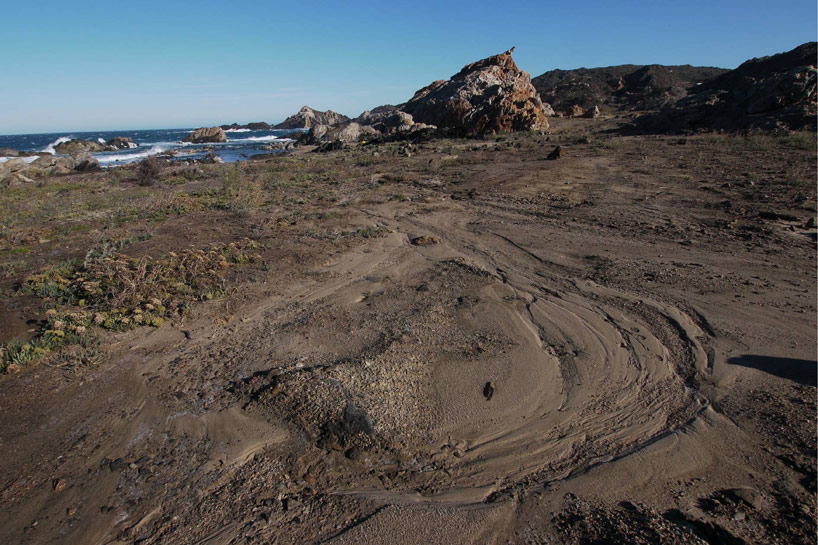 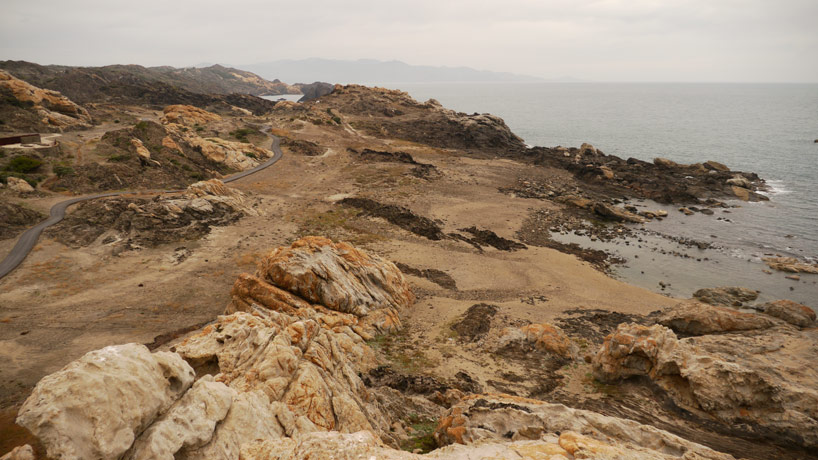 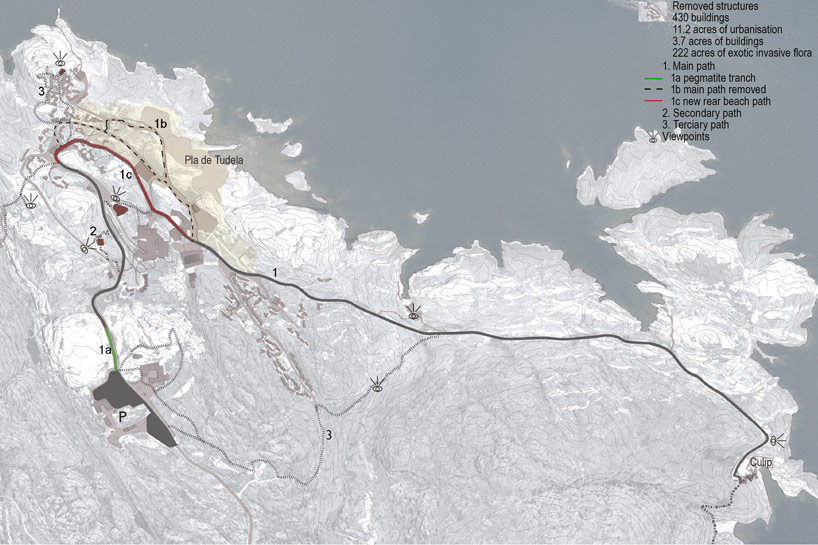 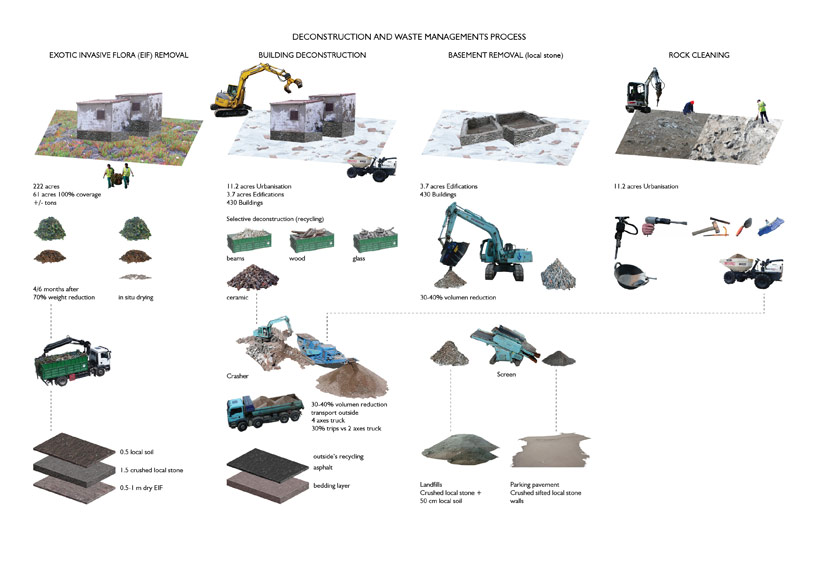