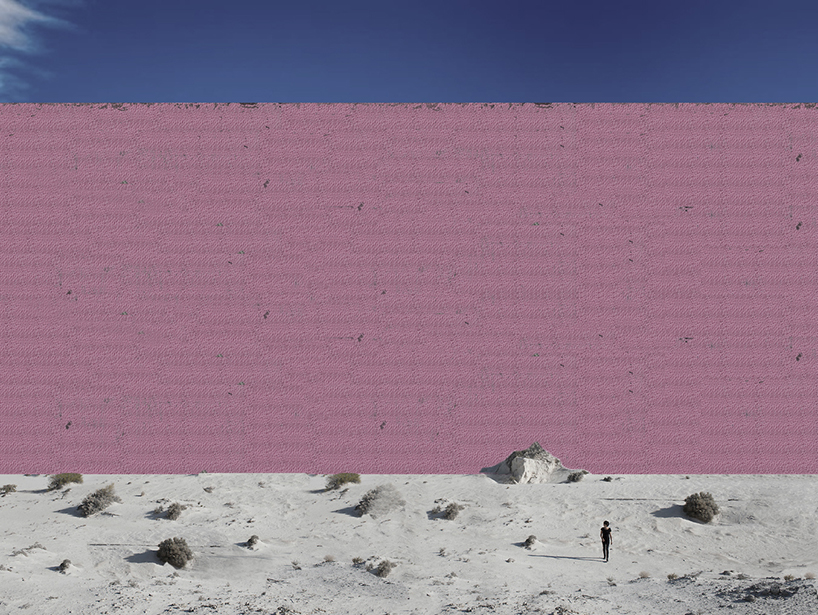 trump has spoken of a wall but the public hasn’t been able to imagine it. the intern program at estudio 3.14 — a design firm based in guadalajara, méxico — in collaboration with the mamertine corporation of the united states, took the task and have developed a wall along the mexican-american frontier. the project includes architectural renderings of the structure in various border landscapes (hills, desert, a border crossing over a river, and in urban tijuana), floor plans, iconography, and an infographic, as well as a symbolic use of the wall on the american currency. 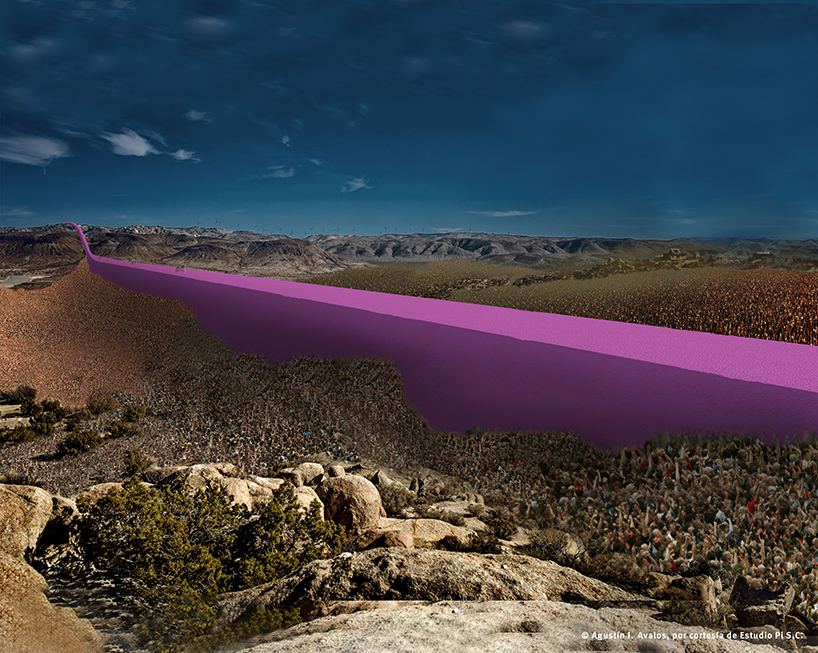 ‘based on trump’s statements, the economic, ecological and financial aspects have been called into question,’ comments estudio 3.14. ‘however, he continues with his verbal plan. as architects and designers, we have the capacity to imagine and interpret what trump is saying, and we are convinced that if we can make people see it, they can assess his words and the perversity in his proposal.’

because the wall has to be beautiful, the design references luis barragán’s pink walls that are emblematic of mexico. it also takes advantage of the tradition in architecture of megalomaniac wall building. moreover, the wall is not only a wall—as you can see in the hill landscape cross-section it is a prison where 11 million undocumented people will be processed, classified, indoctrinated, and/or deported.

the wall from tijuana

one of the most impactful aspects of trump’s wall and his proposal is that of the apprehension of 11 million undocumented immigrants. this gave the studio the opportunity to combine in a single project both a wall and a prison. the prison is continuous and functions as a barricade, and is entirely self-sustaining, with units for security, administration, health areas, and textile factories so that the work of immigrants during day and night will produce a self-financed wall in just 16 years. 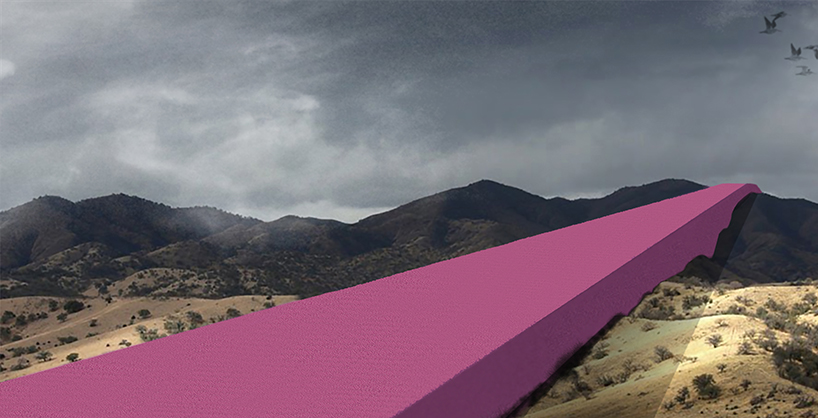 the wall in contrast to the hills

the relation between the discipline of architecture and political perversity and/or megalomania has already been seen through previous characters such as adolf hitler and benito mussolini, who relied on the imaginative architects of their words and the creators, who materialized their macabre ideas. the proposal is made from the disciplinary field that has worked, since the existence of humanity, for the status quo and benefits from this tradition. 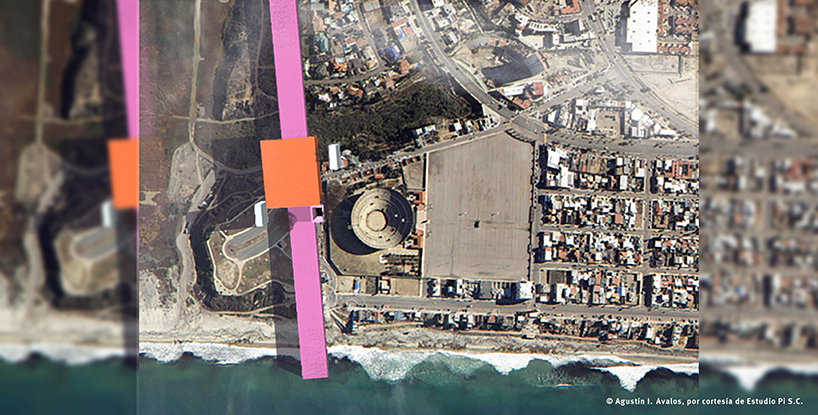 ‘in this project, we took the work of superstudio and their ‘endless monument’ as an aesthetic inspiration,’ says the studio. ‘given that mr. trump wants a very beautiful wall, we turned to the work of the most famous mexican architect in the world — luis barragán — that with the beauty of his walls, he attained the pritzker prize and reinvented mexican architecture.’ 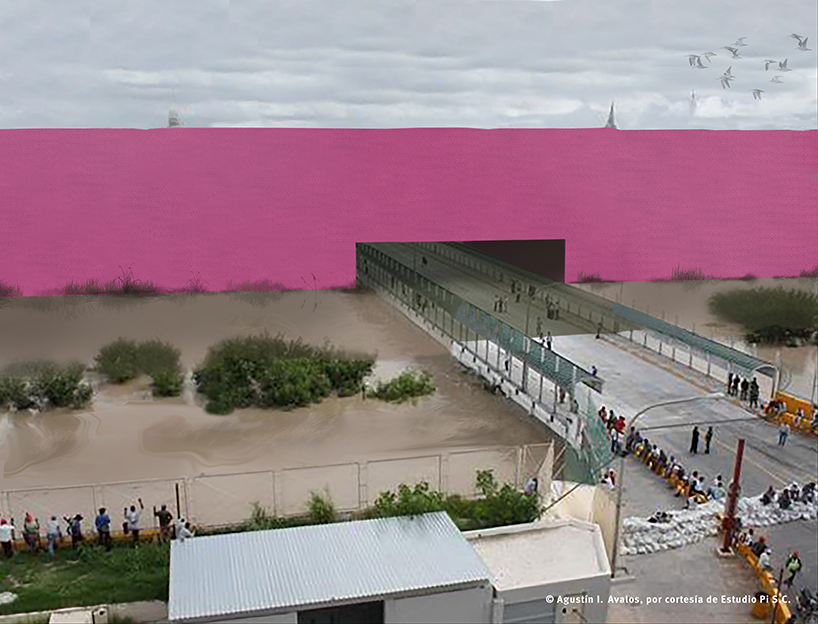 border crossing over the river 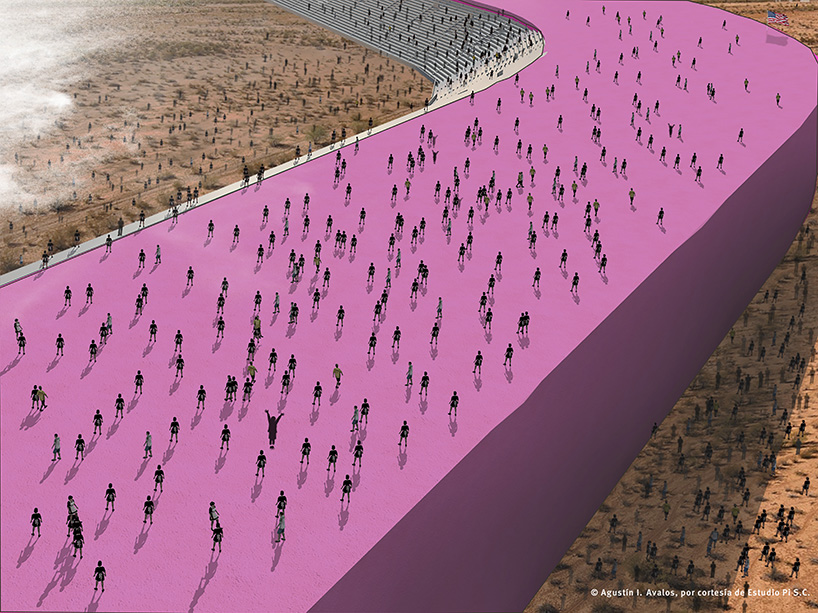 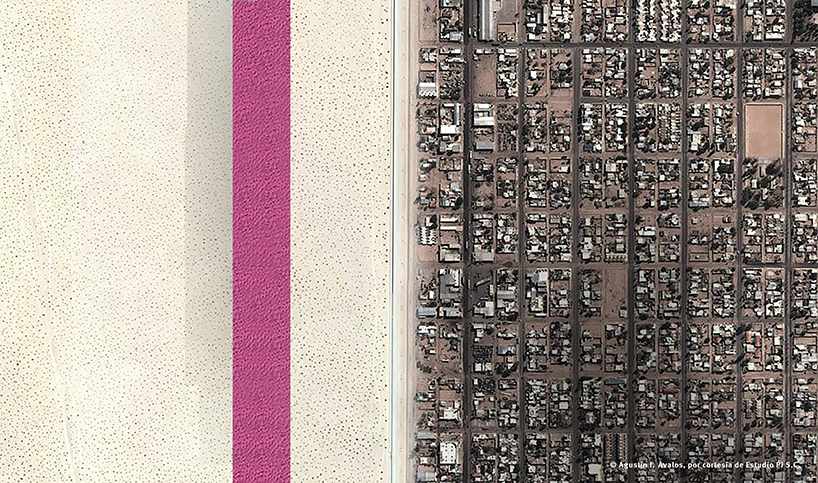 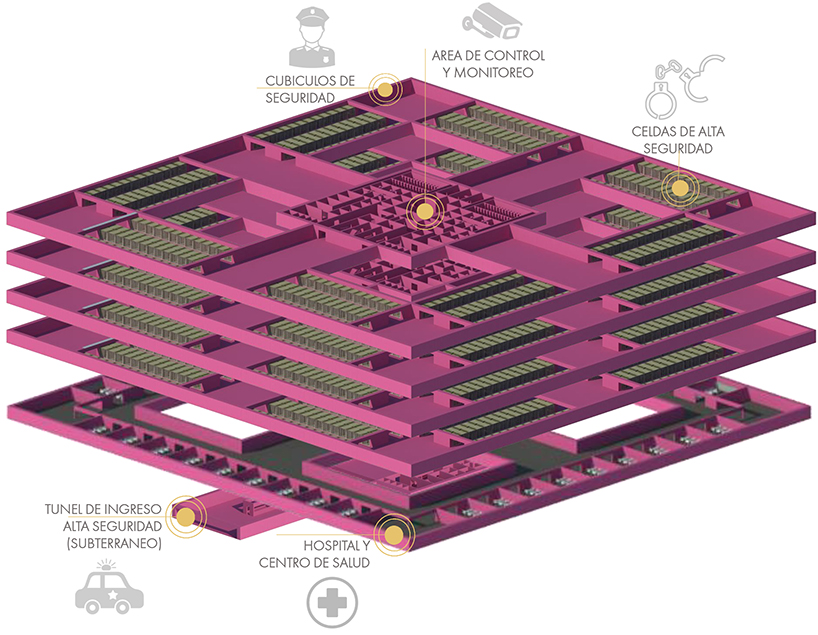 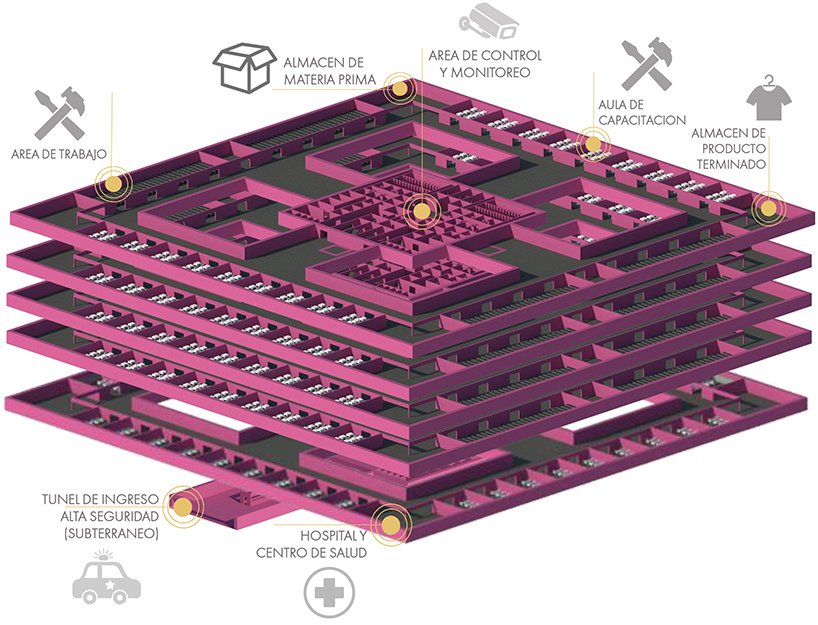 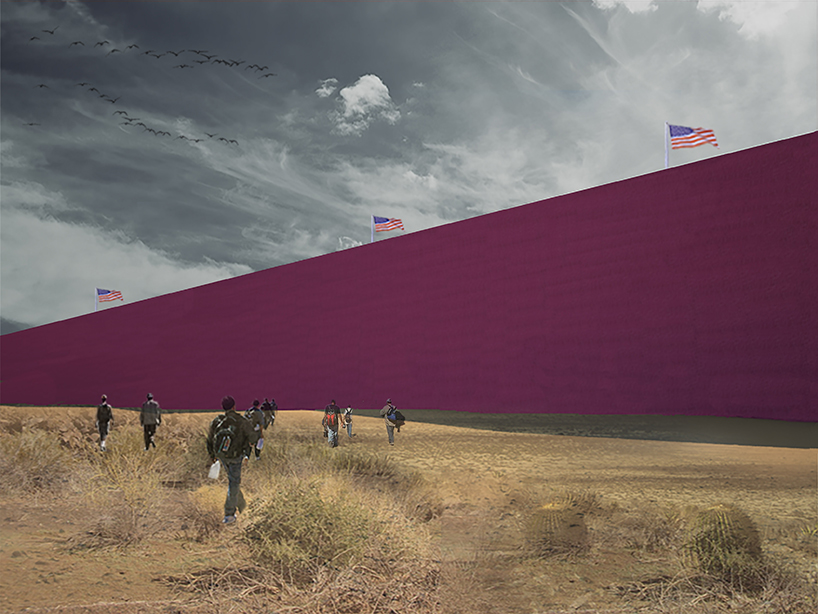 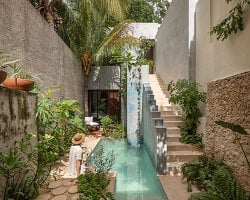