the city of madrid has faced several challenges and undergone great transformations since a 2008 economic crisis. while unemployment and poverty have become chronic in many sectors of the population. inequalities have increased, as have the differences between the north and south of the city. on the other hand, it is necessary to change the model of urban organization in order to be able to face environmental challenges. the environment and people’s health are burdened by a model that generates pollution, energy dependence and voracious and unsustainable consumption. finally, great distances and urban transport times, precariousness of work, demographic structure or lack of official support make it difficult for families to care for their children and elders. in response to these challenges, estudio SIC and todo por la praxis (TXP) introduce mares de madrid — a project of urban transformation and social economy. 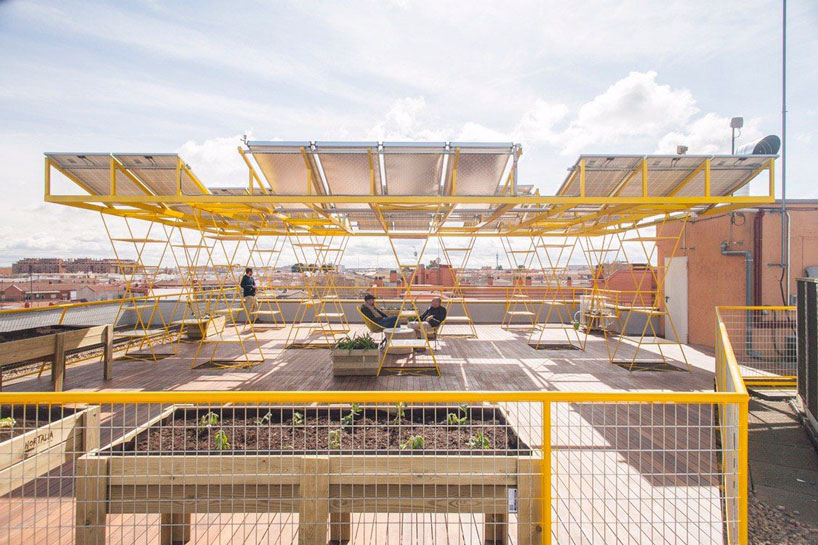 all images by estudio SIC

mares de madrid by estudio SIC and todo por la praxis (TXP) comprises the recovery and reuse of four derelict buildings in madrid, and their transformation into a series of innovation hubs distributed across four different districts. these hubs, or ‘mares,’ are each linked to the challenges facing the city, and each house a space where people are linked with projects, projects with people, and projects with projects. during the project’s development, TXP and estudio SIC were driven by the concept of an urban and economic resilience, or the capacity that people have together with technologies and ecosystems to adapt to unforeseen situations. this capacity refers to the numerous experiences that citizens have developed to face the crisis. among the central objectives of mares is the creation of companies, the generation of a productive and community fabric and the promotion of good citizen and institutional practices that lead to a much more sustainable, healthy and cooperative city. 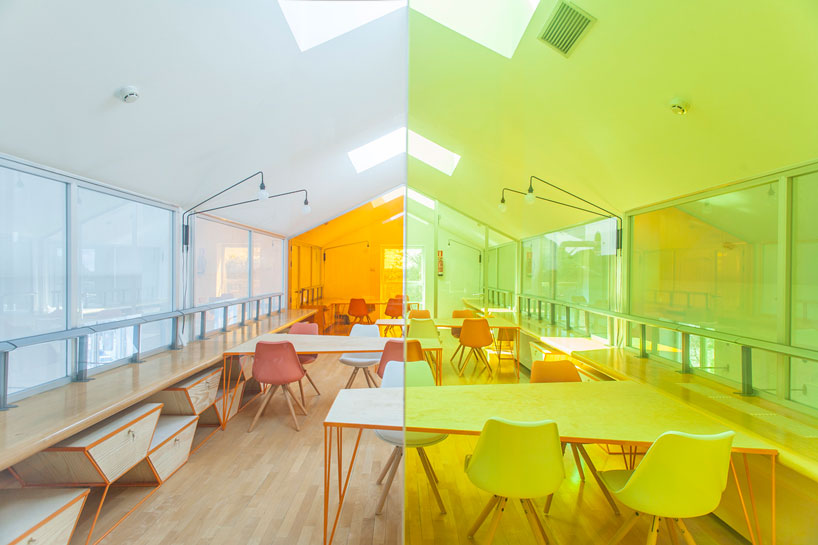 for the development of different mares types, four urban resources are enabled in disuse. an old school in vallecas as a mar of mobility, a space in villaverde as a mar of food, a new citizen infrastructure in vicálvaro as a mar of recycling and an underused space in the centre as a mar of energy. each space will serve as a knowledge laboratory and will house these new productive initiatives. so far, two of the mares have been executed: the mar of energy and the mar of food — the mar of mobility and recycling are currently under construction. the two interventions include an interior conditioning driven by the same design strategies, although each is uniquely contextualized in response to its surroundings. 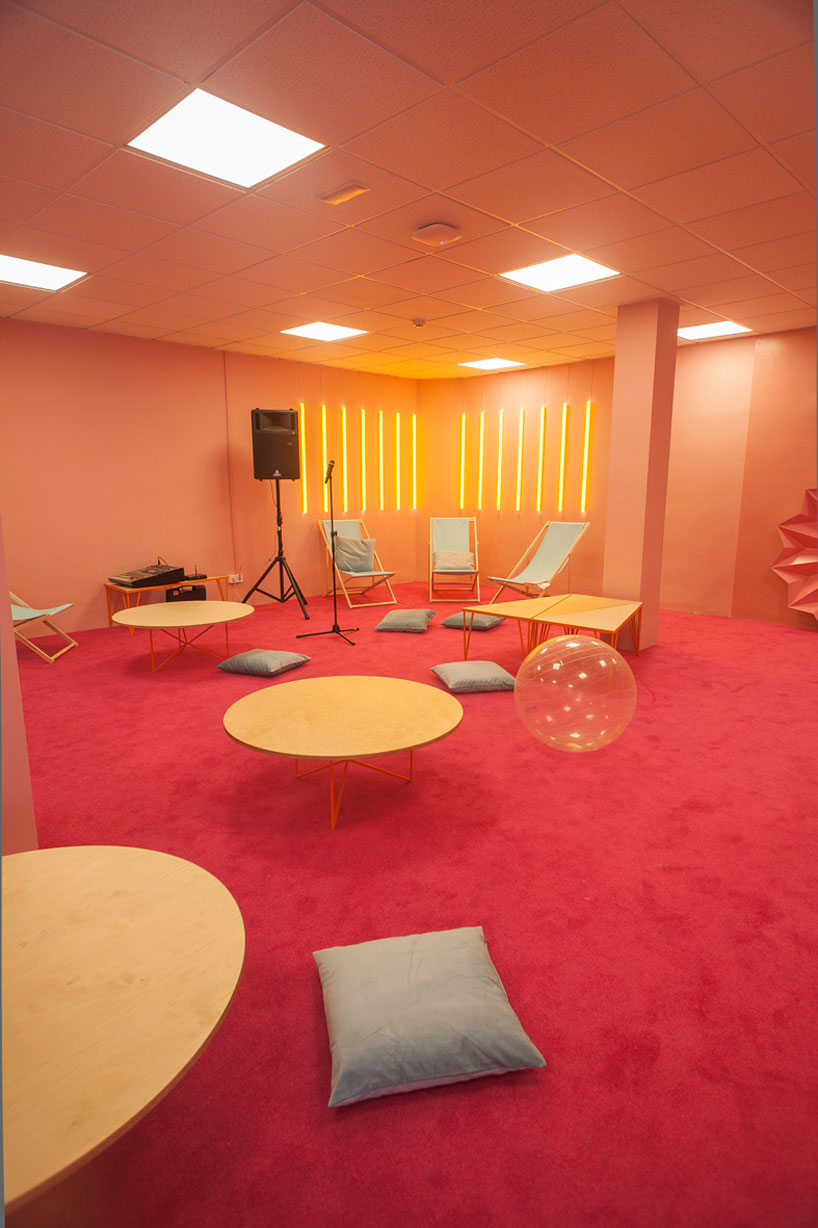 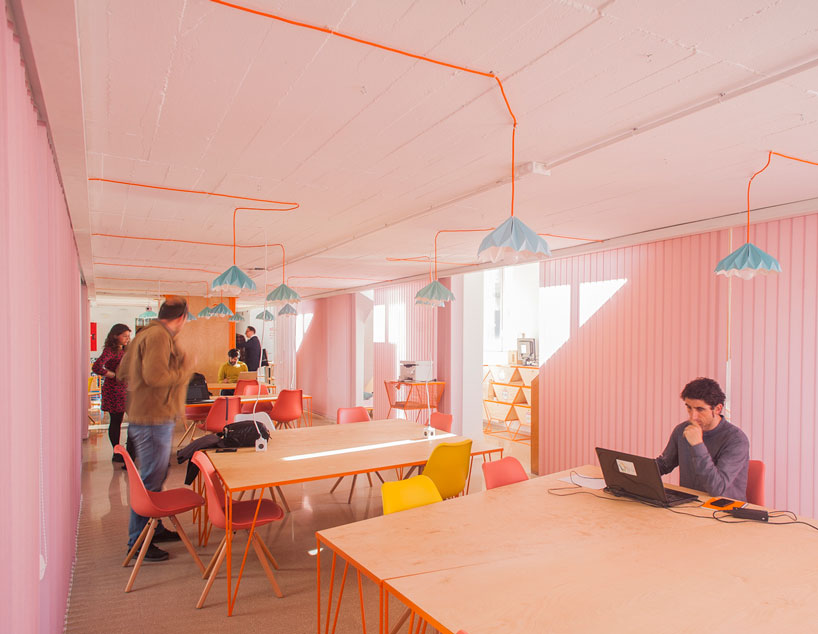 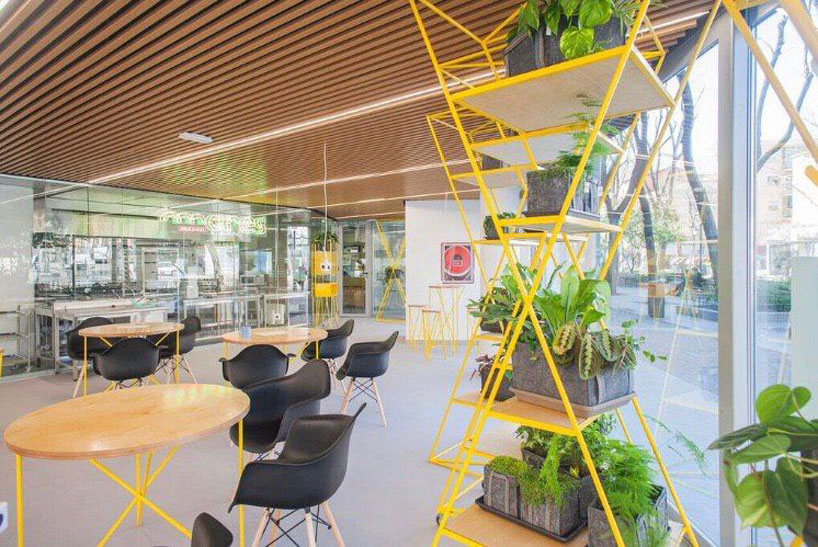 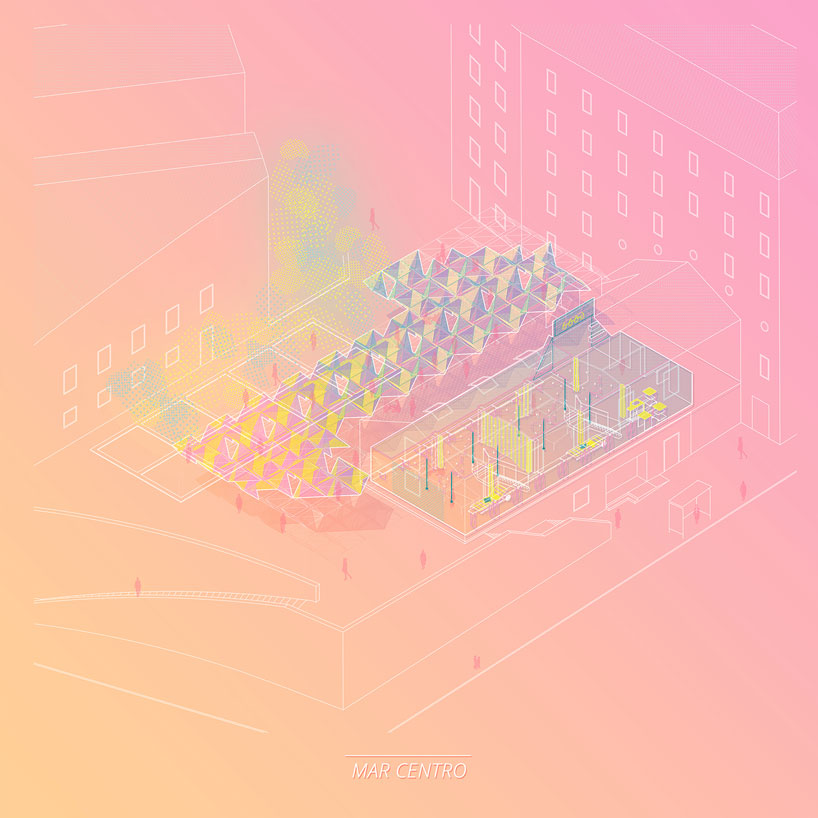 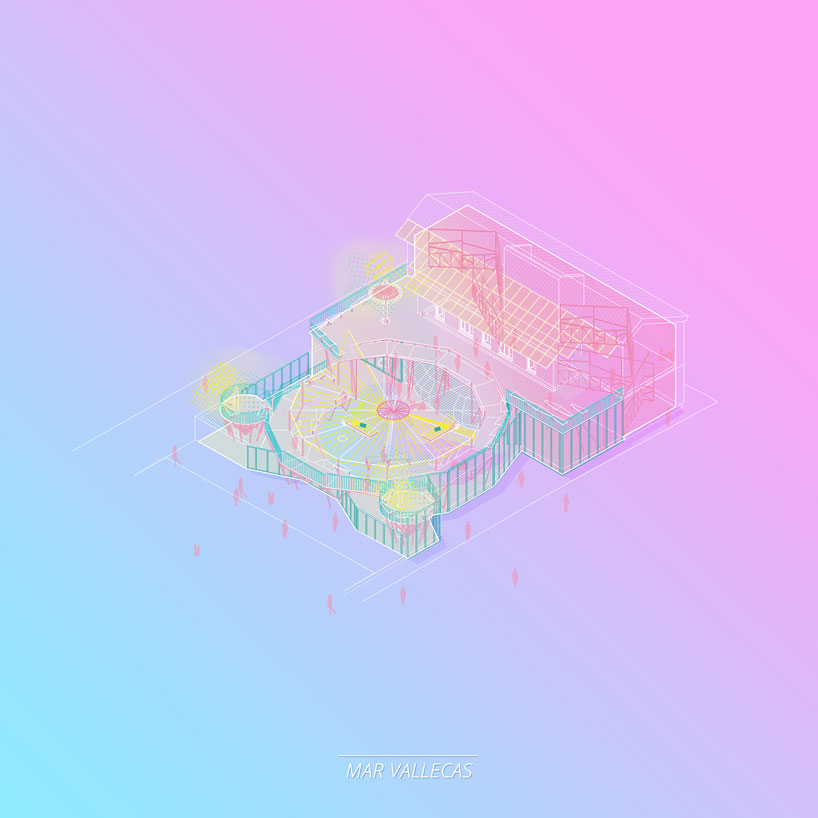 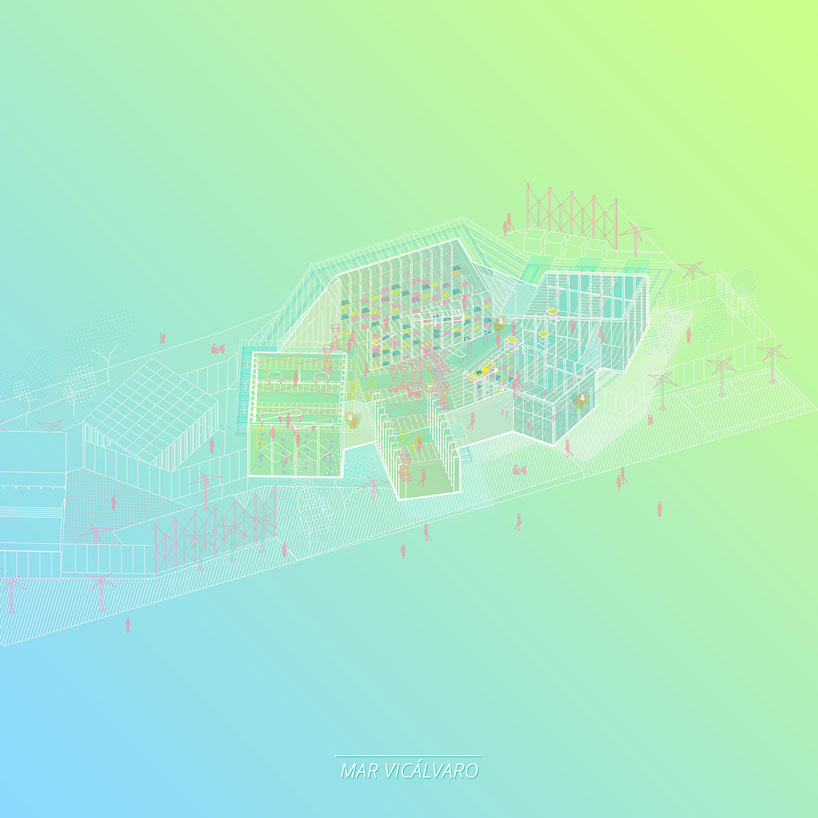 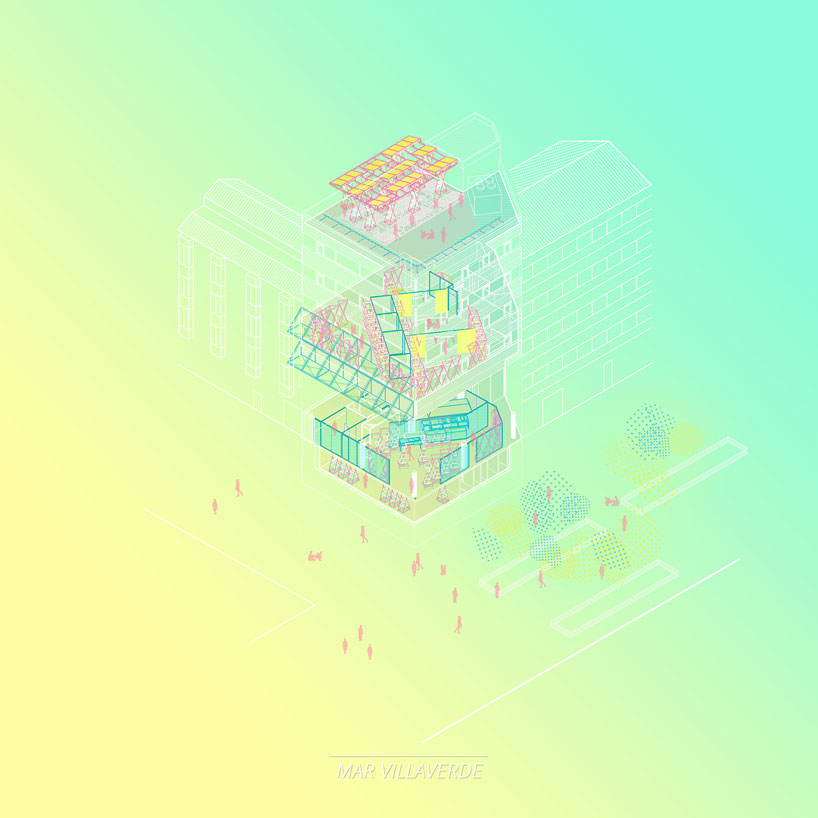 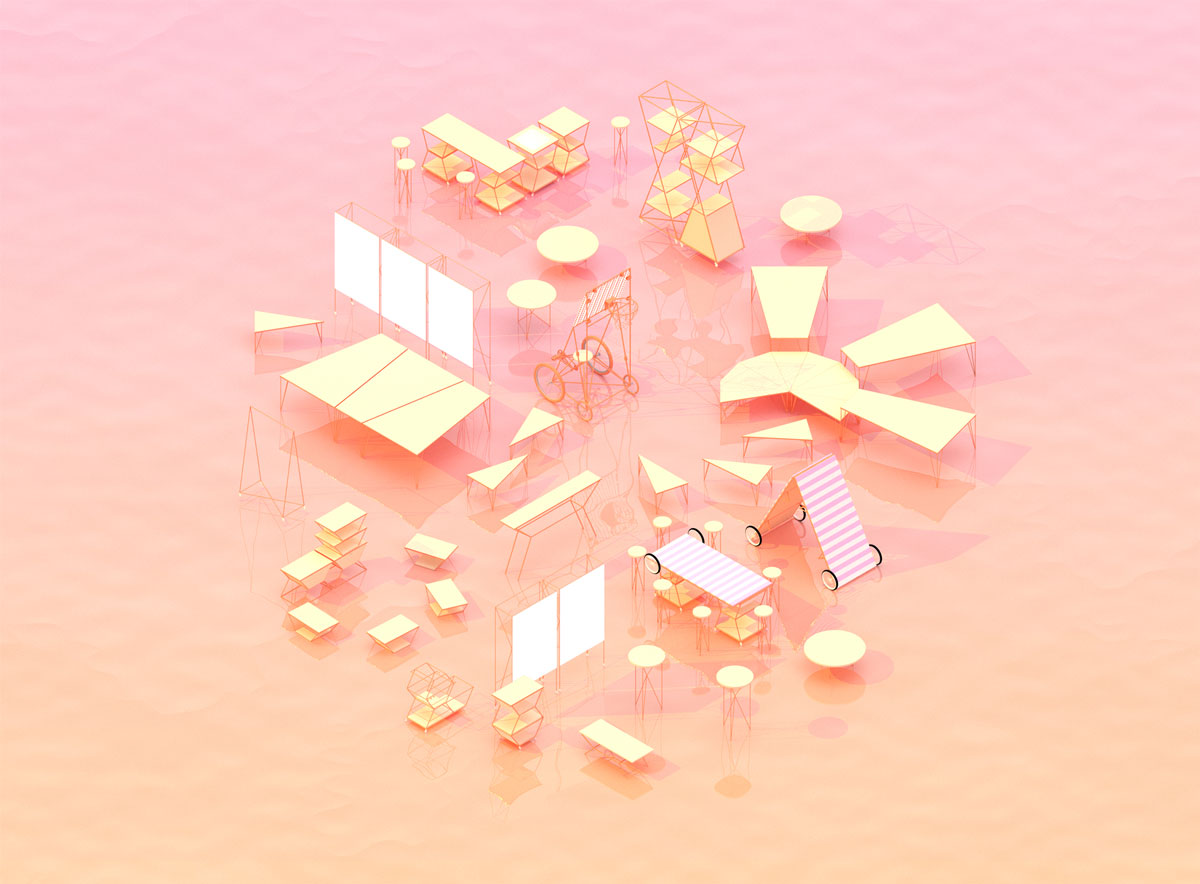 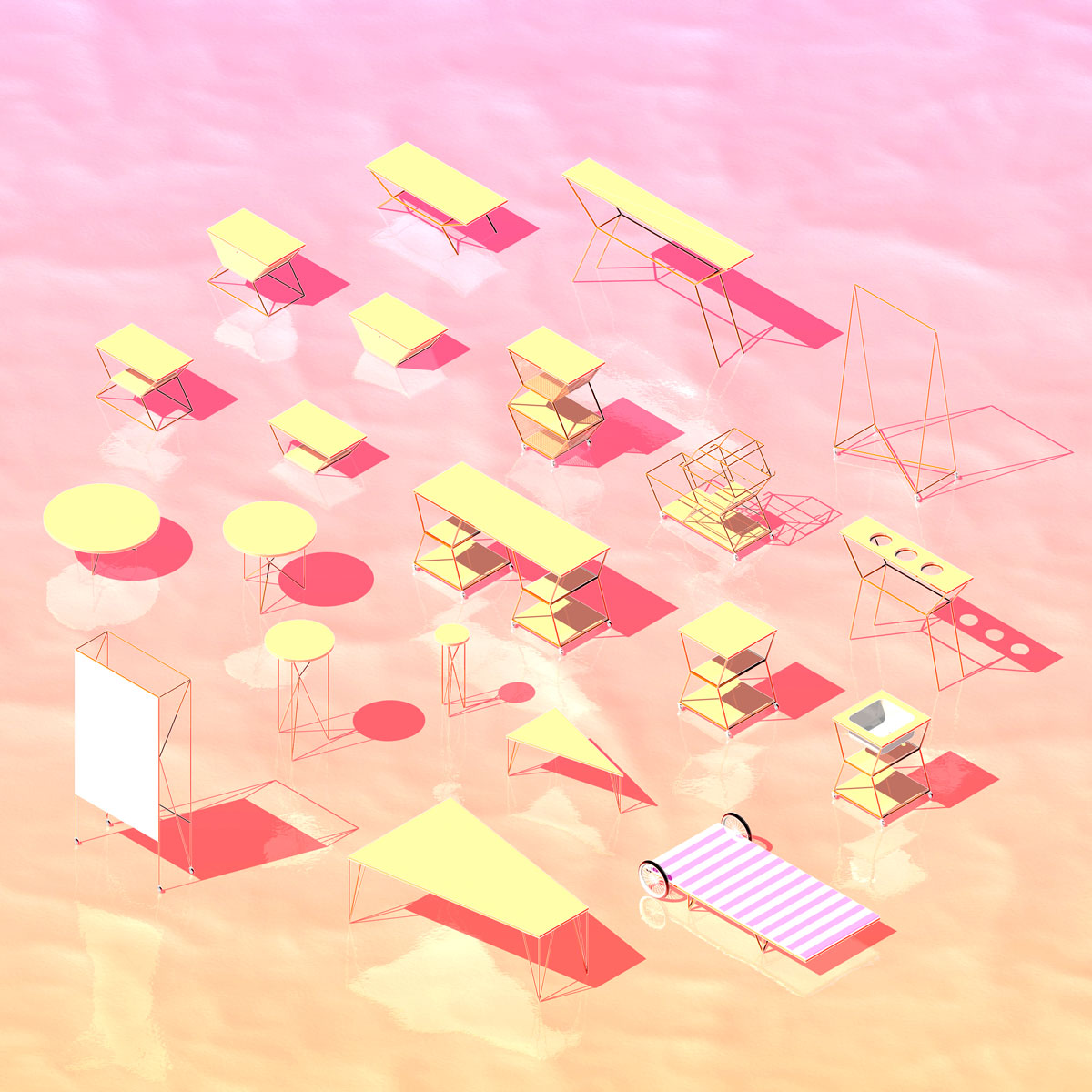 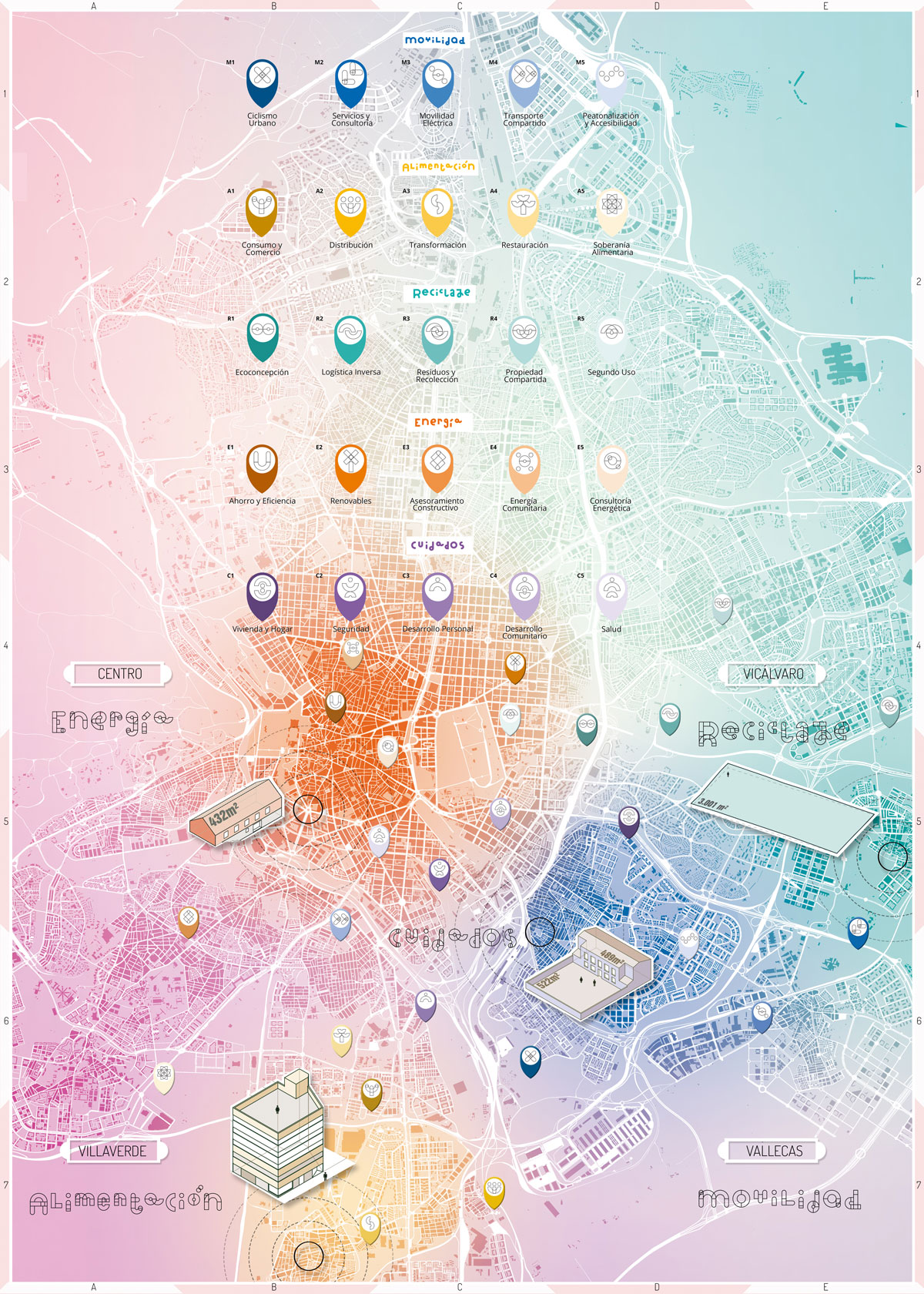 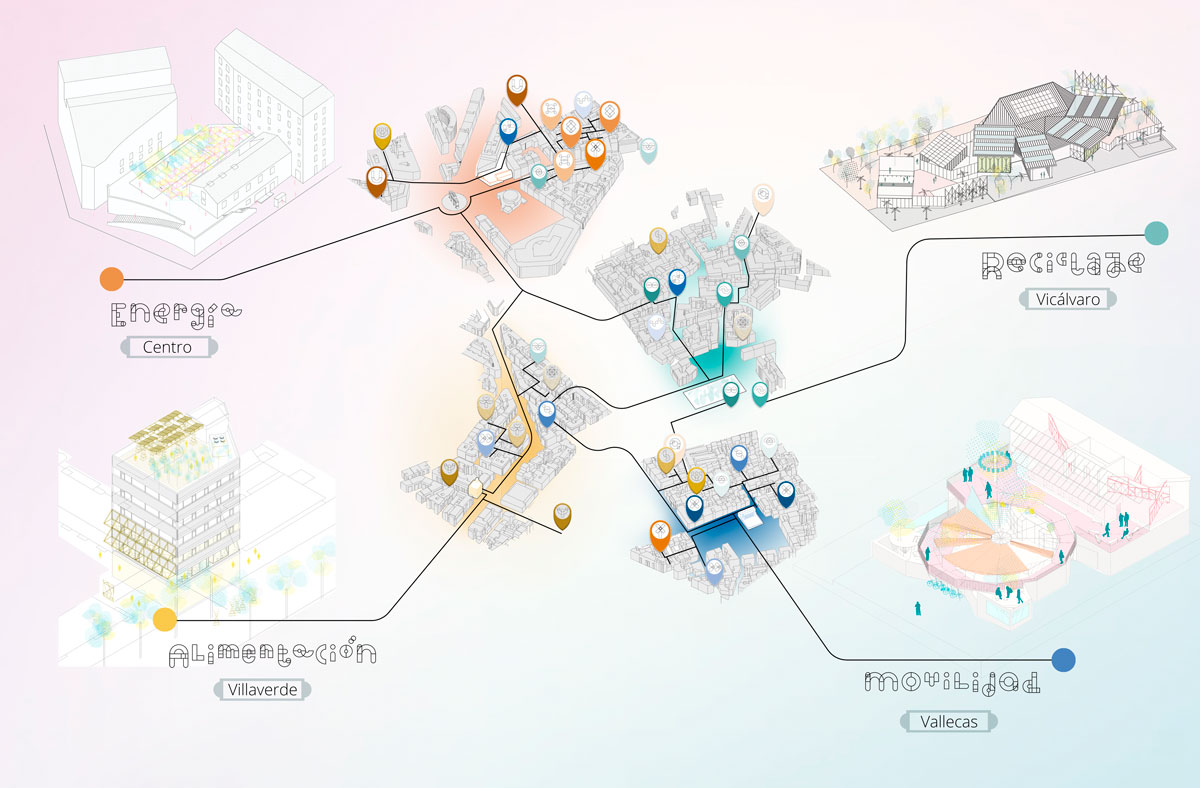 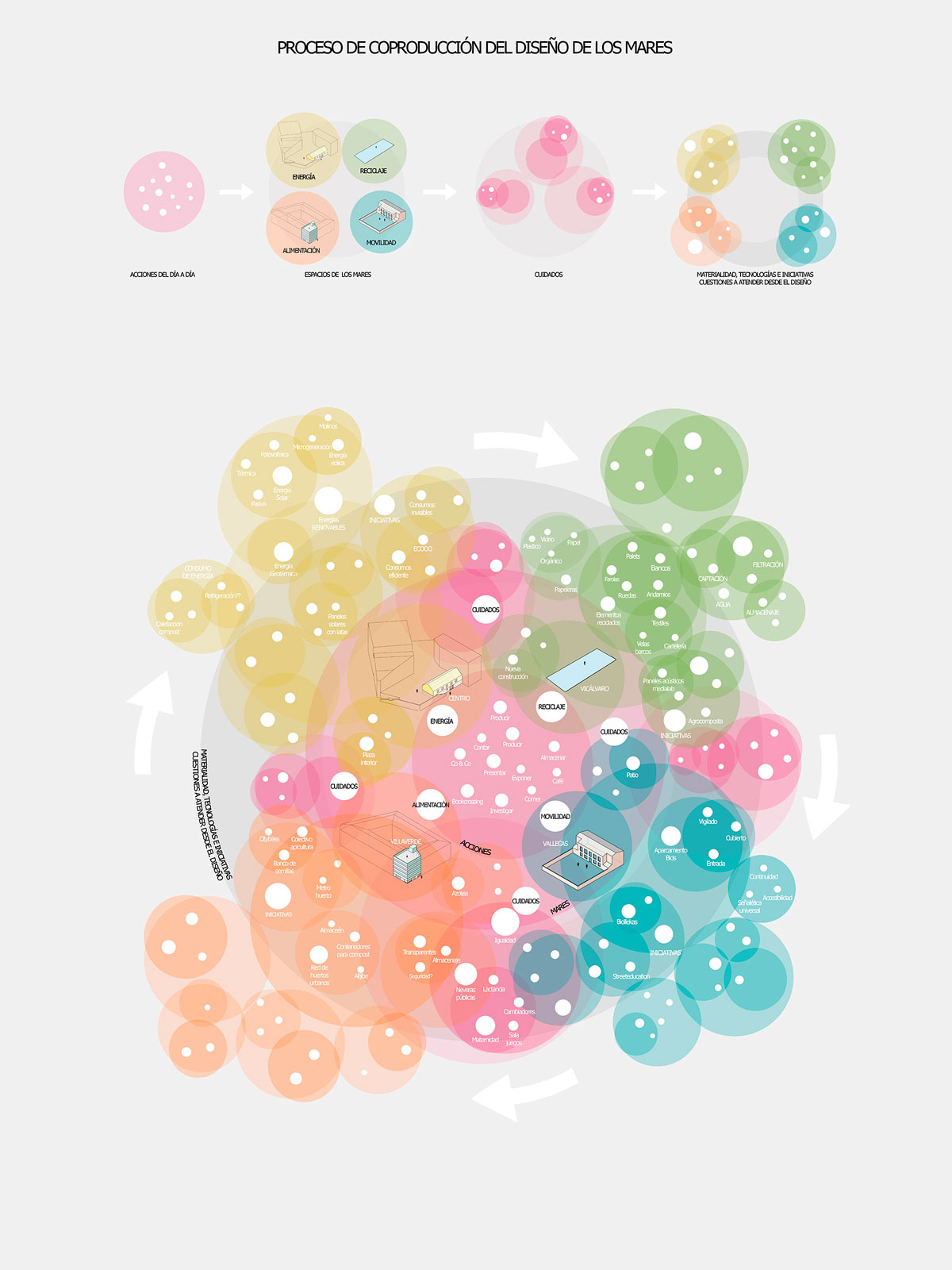 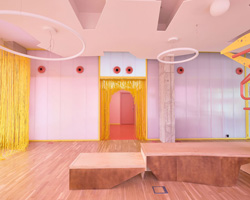 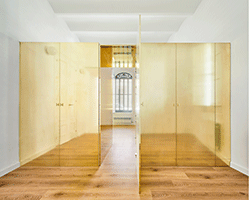 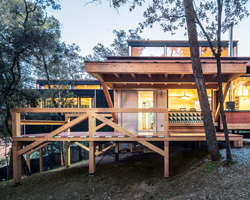 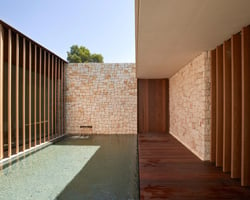 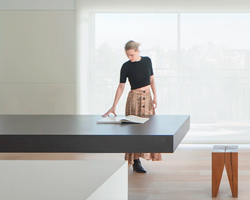 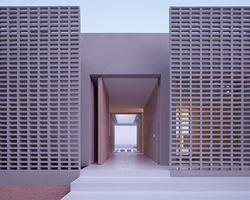