the scale of the project for the guggenheim helsinki design competition compared to the city context and its fabric, and the site of the project being located in the borderline between the historical zone and the harbor, makes the regarding of the context a sensitive priority. the work is located along the plaza, which includes all the urban activities of the south harbor, from ‘market square’ to the south side of the port.

the main design idea of exarchitecture is to scheme a link from this point towards tahititornin vouri park along the southwest edge, opposite skeppsbrogatan street. thus, there is an foot bridge to the north, including urban and museum-related activities. the two entrances of the latter are placed on and below this pathway. ‘in other words,’ the architects state, ‘it is possible to enter the museum while crossing the bridge, and when exiting the building, you’ll be in the way of the activities going on in the plaza, of which the bridge is a part.’ 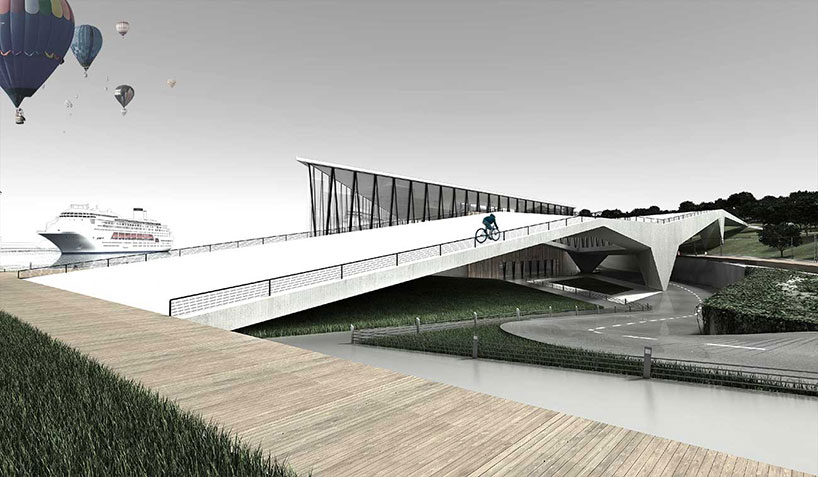 view to bridge and main entrance

the approach to the brief regarding the city scale and the skyline resulted in its horizontal expansion. studying building typology of helsinki, in order to match the addition with its fabric, lead to a cubic introverted massing with a central courtyard. even on the longest days of year from april to august, in which daylight lasts 17 hours on average, the shadowing of the peripheral walls will facilitate utilization of interior spaces of the institution. 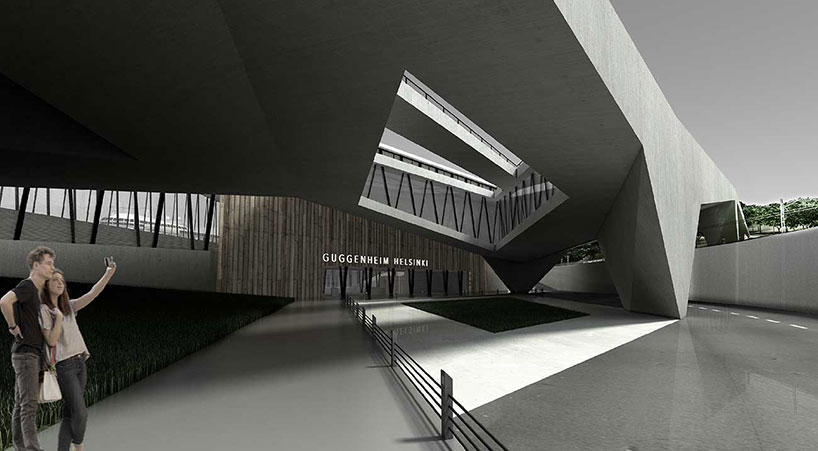 the concept of the complex in the path of the metropolis square challenges the security (which is a key element to healthy functioning of the museum) and the overall circulation. consequently, glazed galleries and main halls are housed by a box alongside the bridge and the plaza. each space is accessible through two ramps, one around the wooden block, and the other inside of it. 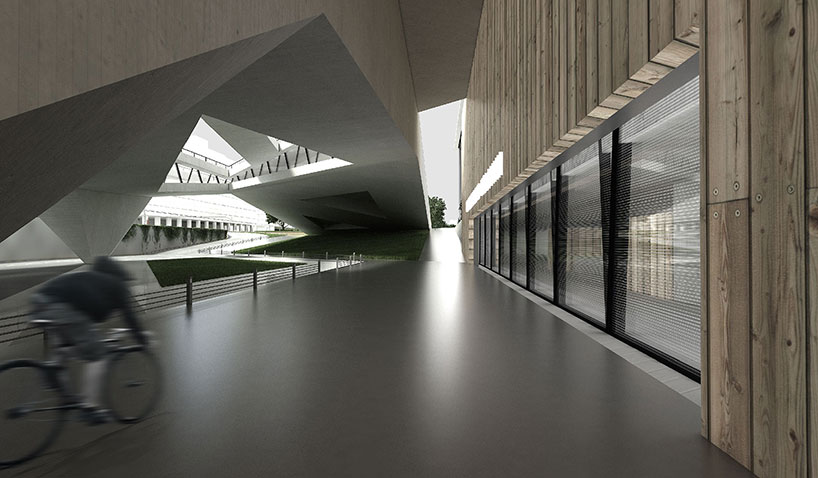 the transition from outside in plays off of transparency and opacity. the gesture controls light, with the help of the shadow casting off of the roof’s edges, while reacting in response to the placement of each activity. therefore, the building is shaped in two intertwined volumes around a central void – atrium and project zone. the more public rooms are beside a glass body: restaurant, café, lounges, exhibitions, retail, and administrative offices. in turn, the more private ones are located in the solid core: galleries showing museum’s collection and large halls. 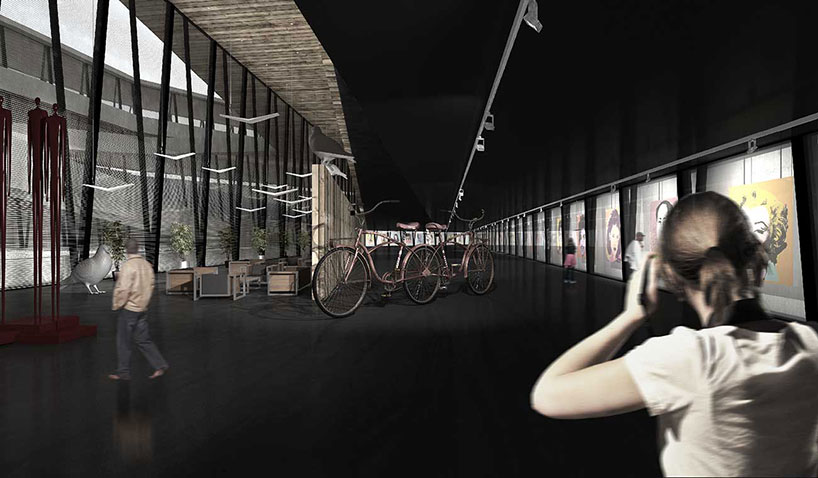 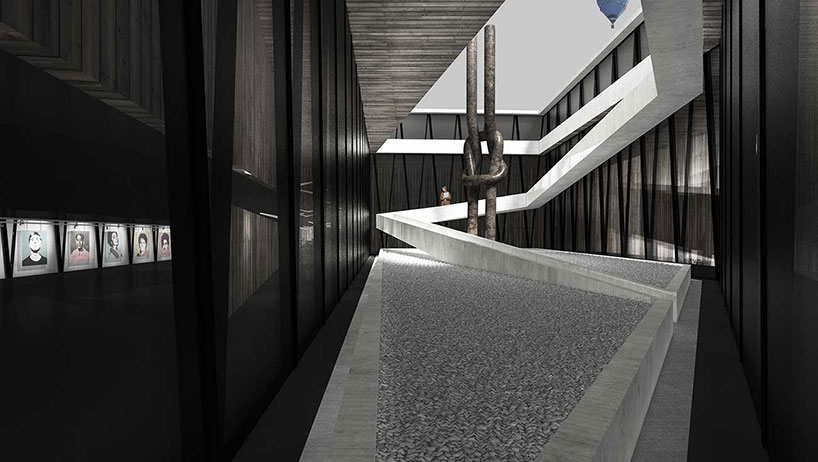 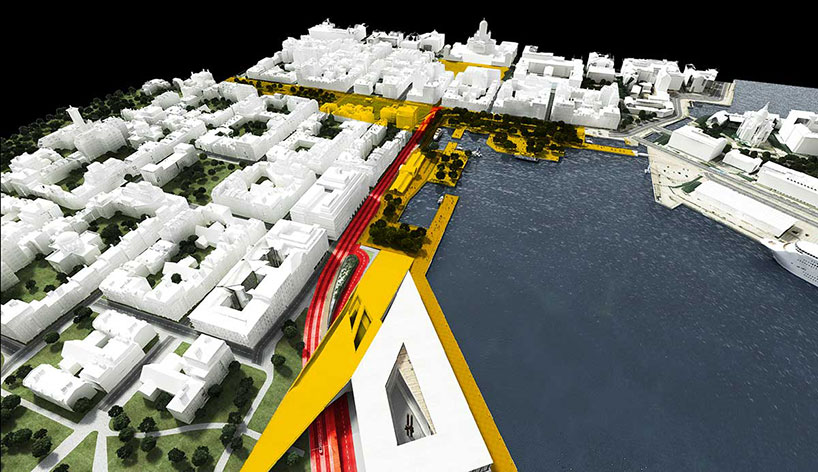 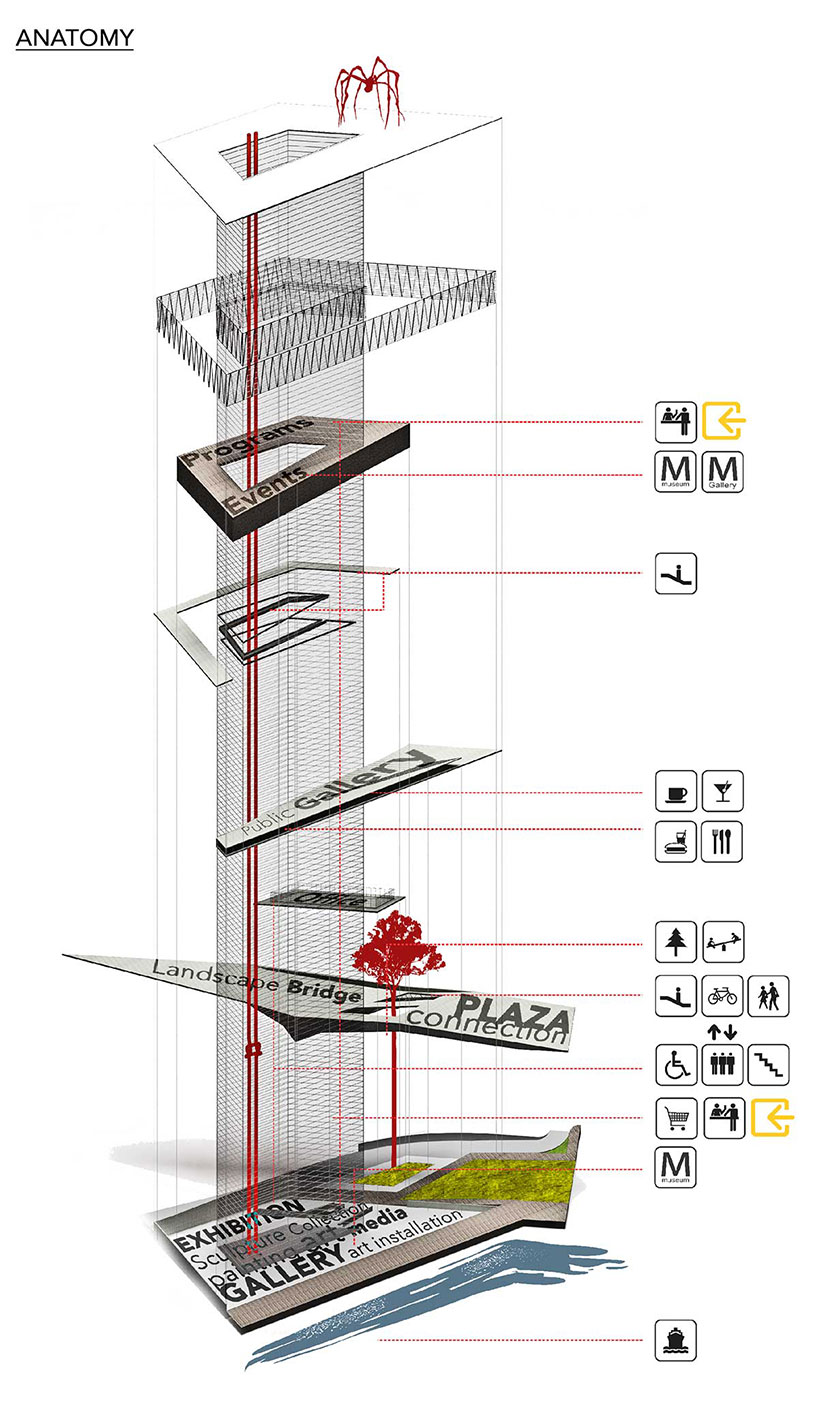 anatomy of the museum