aerial footage of milan’s 2015 expo site has revealed the rapid progress being made ahead of the global event’s opening later this year. each week, a high-definition camera is mountain to a piloted drone in order to provide regular updates on the 1 million-square meter site. the video starts with a view of lake arena, an area of water surrounded by approximately 3,000 seats situated around an open space of 28,000 square meters. in addition to the future circular pond, the ‘nozzles’ from which the water jets will flow are already visible, while the large paved area has been prepared for the introduction of trees.

the drone then frames the huge italian pavilion, with its recently completed glass roof covering the terrace, and the concrete biodynamic cladding on the southern façade. the flight then points toward the area dedicated to the site’s corporate pavilions; from new holland, vanke, coca-cola and alitalia-etihad. the vanke pavilion, designed by daniel libeskind, is one of three pavilion representing china – with the other two being the chinese pavilion and the china corporate united pavilion. national pavilions in varying stages of completion are then shown, located along the the expo’s primary axes, the ‘decumano’ and the ‘cardo’.

watch the video in full below, and stay tuned for designboom’s ongoing coverage of one of 2015’s biggest events. 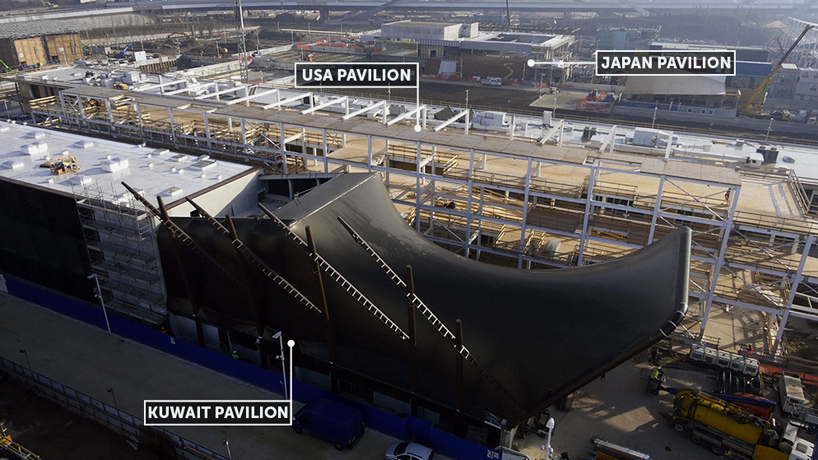 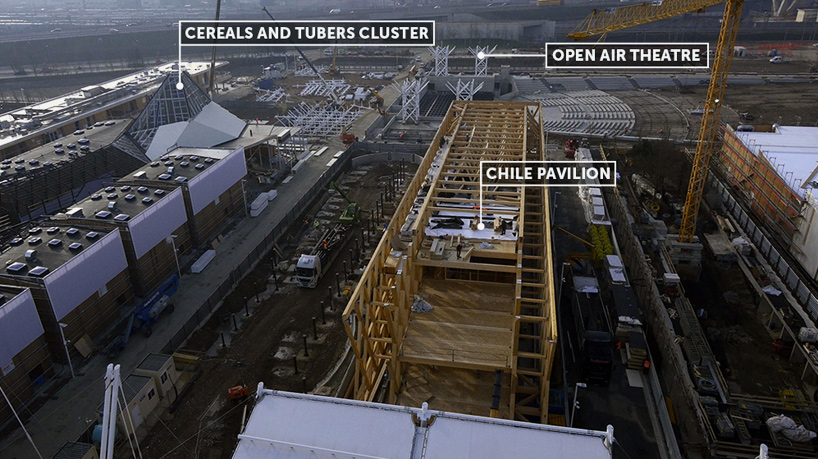 the timber framework of the chile pavilion 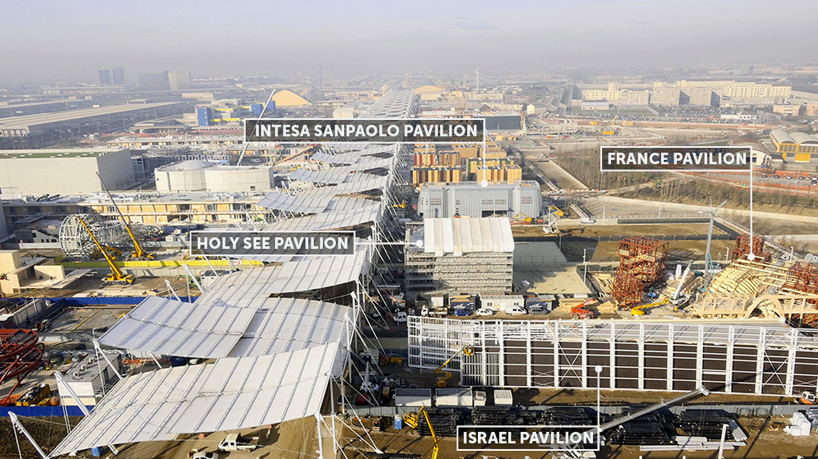 the site’s national pavilions are located along the ‘decumano’ axis 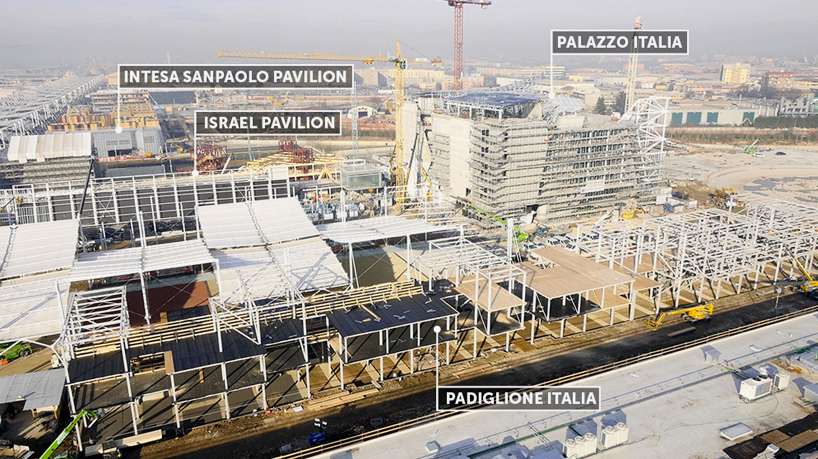