drones flying above milan’s 2015 expo site have captured exclusive footage charting the development’s rapid progression. the video series highlights the vast scale of the project, which will open to the public on may, 1st 2015. the expo’s primary axes, the ‘decumano’ and the ‘cardo’ are now in place, connecting the site in all directions. on either side of the main circulation routes, the 130 national pavilions of the participant countries are beginning to materialize, with nemesi studio‘s italian pavilion nearing completion.

other areas of the development are also making strong progress, with both the lake arena and open air theater taking shape. the drone is guided by a certified pilot that operates during breaks in construction, so as not to hinder workers and technicians. to view panoramic footage of the one million square-meter project, watch the video below.

‘from week to week, thanks to the filming from the drone, we can see new structures as they appear’, explained paola tardini, construction direction of the italian pavilion. ‘it gives a sense of the speed at which the entire site is developing’.

tardini also revealed that the italian pavilion has now topped out, with work on the structure’s façades imminent: ‘the top floor is being finished, in the sense that we have reached the point of completion of the reinforced concrete structure. the next step will be the installation of façades and the glass roof. we’ll start at the beginning of november. work has also begun on the four buildings that overlook the cardo.‘ 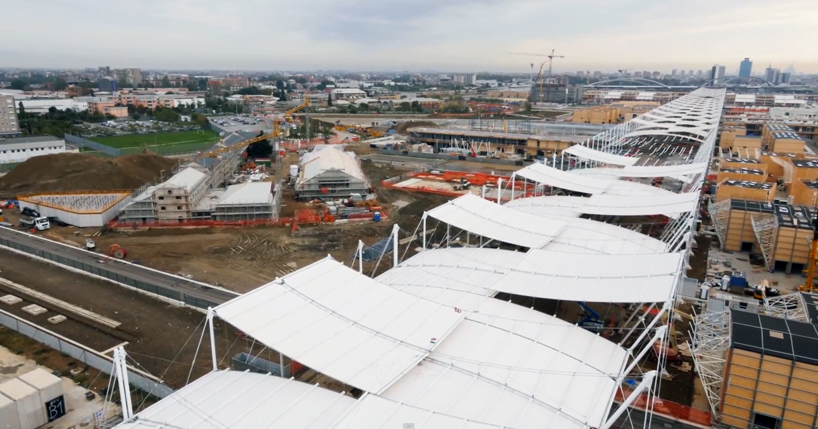 the expo’s primary axes are now in place, connecting the site in all directions 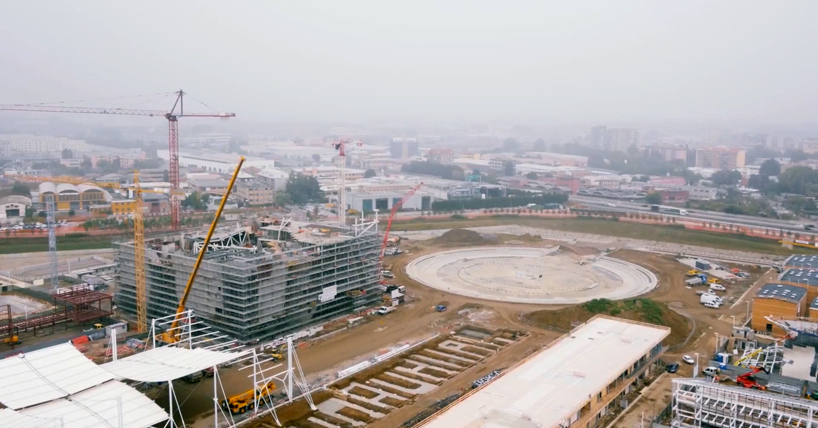 the italian pavilion, (left) next to the expo’s lake arena, (right) 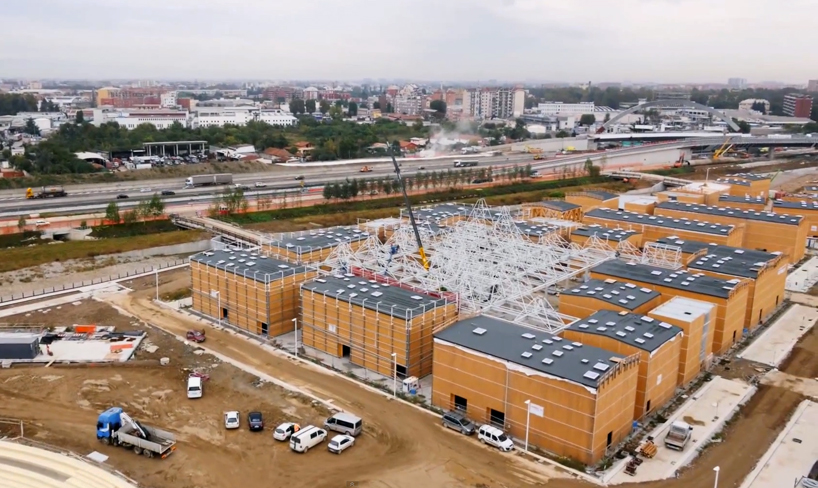 the footage reveals the vast scale of the site, which will open to the public on may, 1st 2015 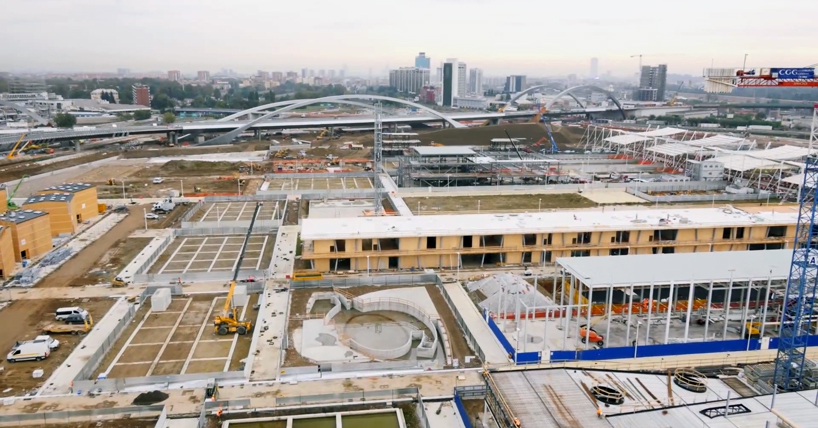 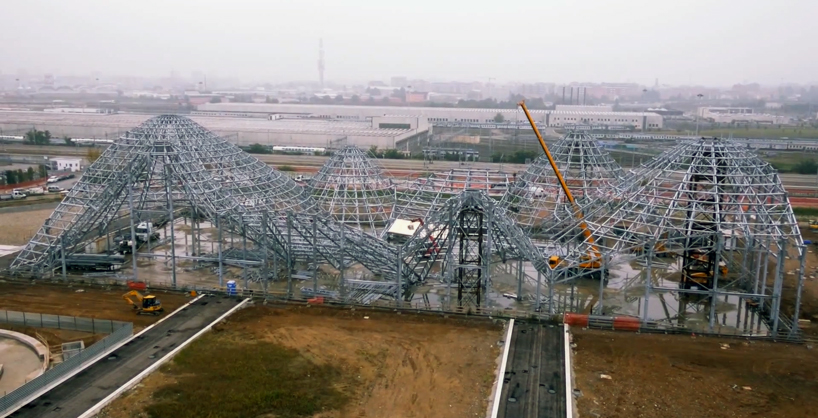 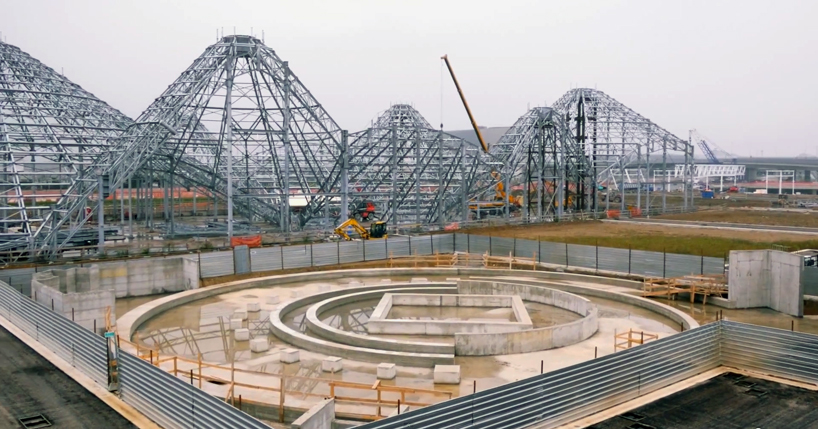 much of the pavilion’s structural framework is now in place