this project by FABER GROUP involves the reconstruction and restoration of russia‘s largest constructivist railway station. first built in 1933, the ivanovo train station has become both an architectural landmark and a symbol of the city. after undergoing two previous reconstructions in the 1950s and the 1980s, this most recent intervention reveals and preserves the original architectural elements while adding all the necessary functions for a contemporary station. 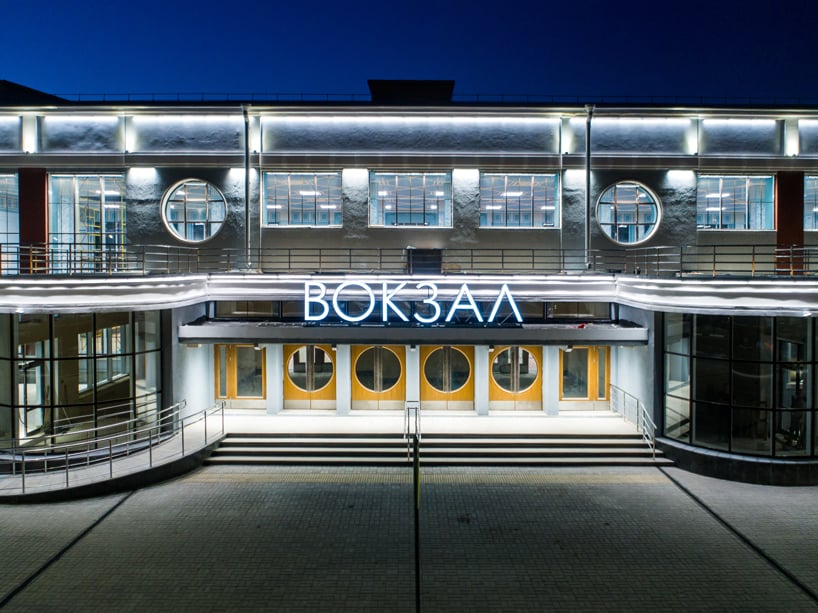 all images courtesy of FABER GROUP

FABER GROUP decided to preserve the hybrid character of the building, which is noted for its two ideologically opposing, but stylistically complementary artistic trends: avant-garde constructivism and soviet modernism. the basic elements of both the ‘red’ and ‘blue’ halls have been preserved, and any new design interventions have been carefully selected to complement the original features. 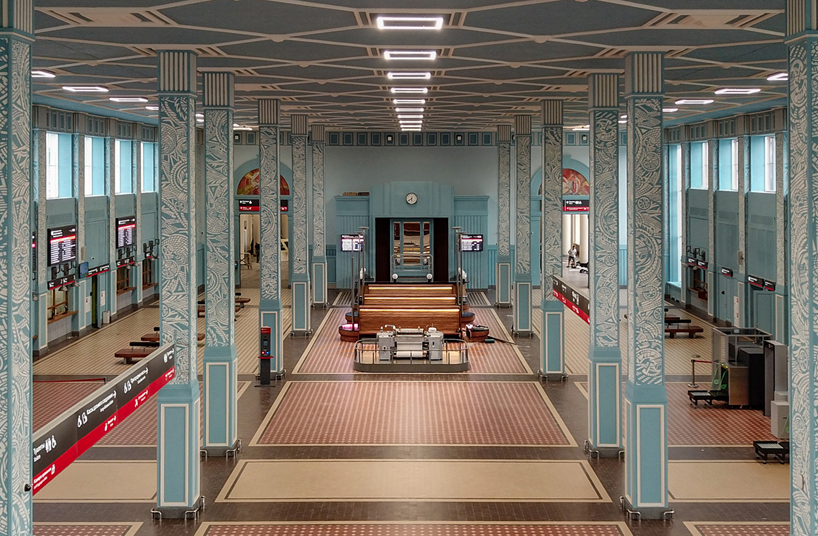 returning to the station exterior is a combination of colors characteristic of 1920s-1930s avant-garde architecture: red, grey, and beige. inside, the ‘blue’ hall retains its azure and beige colored walls and ceilings, and the large vertical windows, gypsum decorative elements, and multi-colored mettlach tiled floors have been meticulously restored. 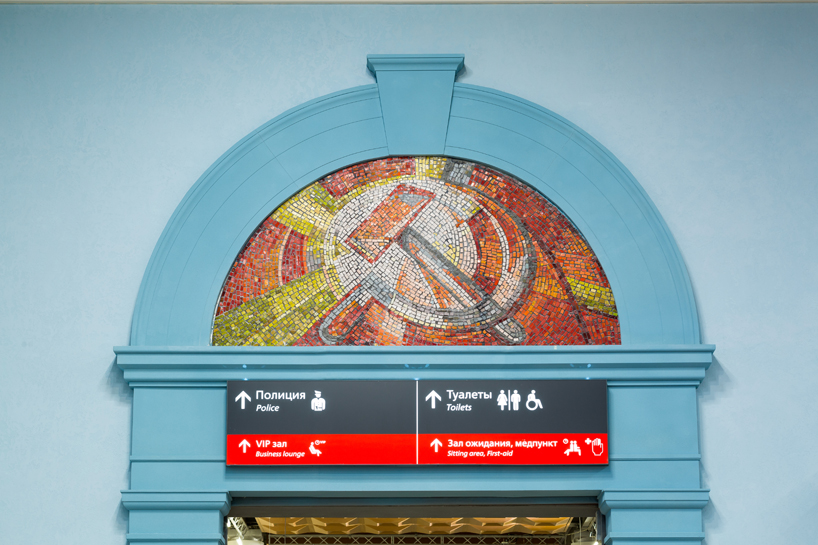 the blue wooden ceiling covering, columns, and walls were entirely replaced with analogous, but inflammable materials. the columns of the ‘blue’ hall are covered with decorative ‘oyster’ stucco (a unique stucco developed for commercial facilities that possesses exceptional durability and can be painted any color), with ornamentation based on motifs from the 1930s ‘campaign textiles’ art-project, created in ivanovo textile workshops and commissioned by the AARS (artists’ association of revolutionary russia) for propaganda work in the USA and the UK. in addition, stenciling technology is used to layer ornamental designs onto columns, creating a tactile effect. 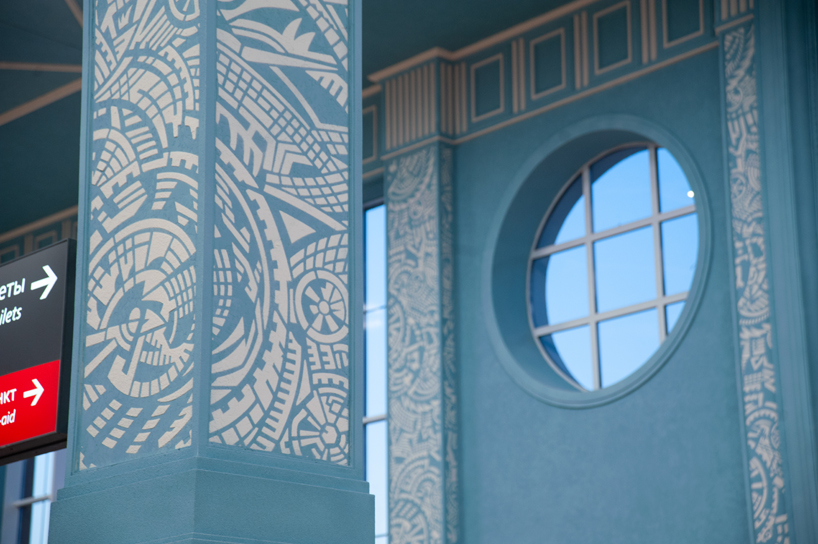 the interior of the ‘blue’ hall has been augmented by modern infrastructure to ensure the comfort and safety of passengers, including those with limited mobility. located here are ticket windows, passenger waiting areas, cafes, kiosks, luggage storage facilities, and a tourist information stand for ivanovo city center. the project also gives the ‘red’ hall new functionality: it now allows for exhibits, fairs, movies, and lectures. as a result, the avant-garde station building has become not only an important site for the city’s transportation infrastructure, but a center for cultural and public events for the entire region, representing a unique example for russia of careful restoration of a 20th century architectural landmark. 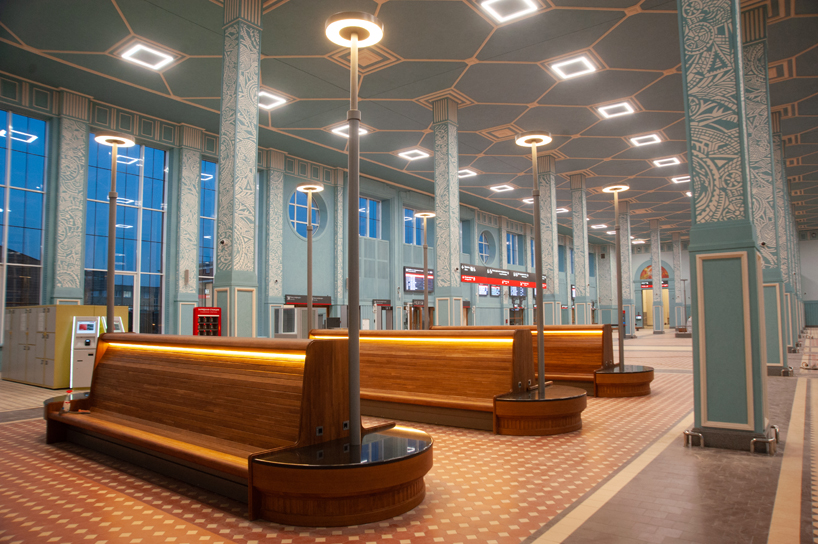 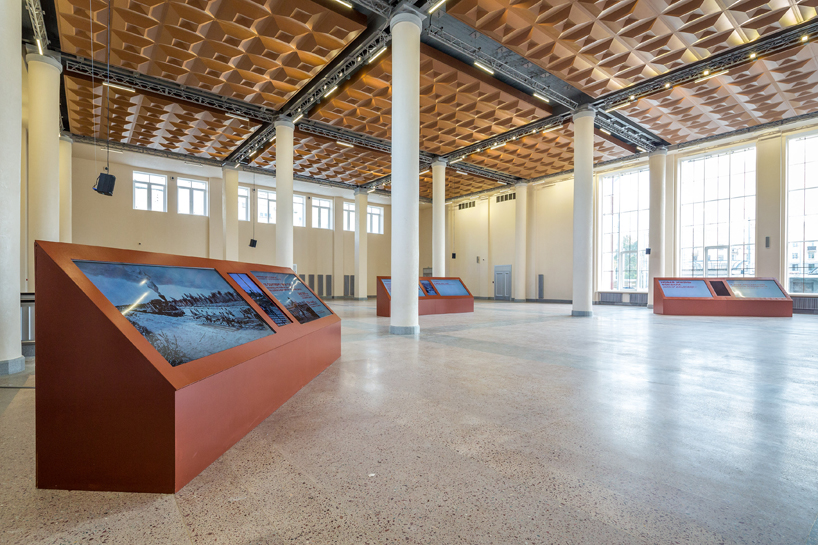 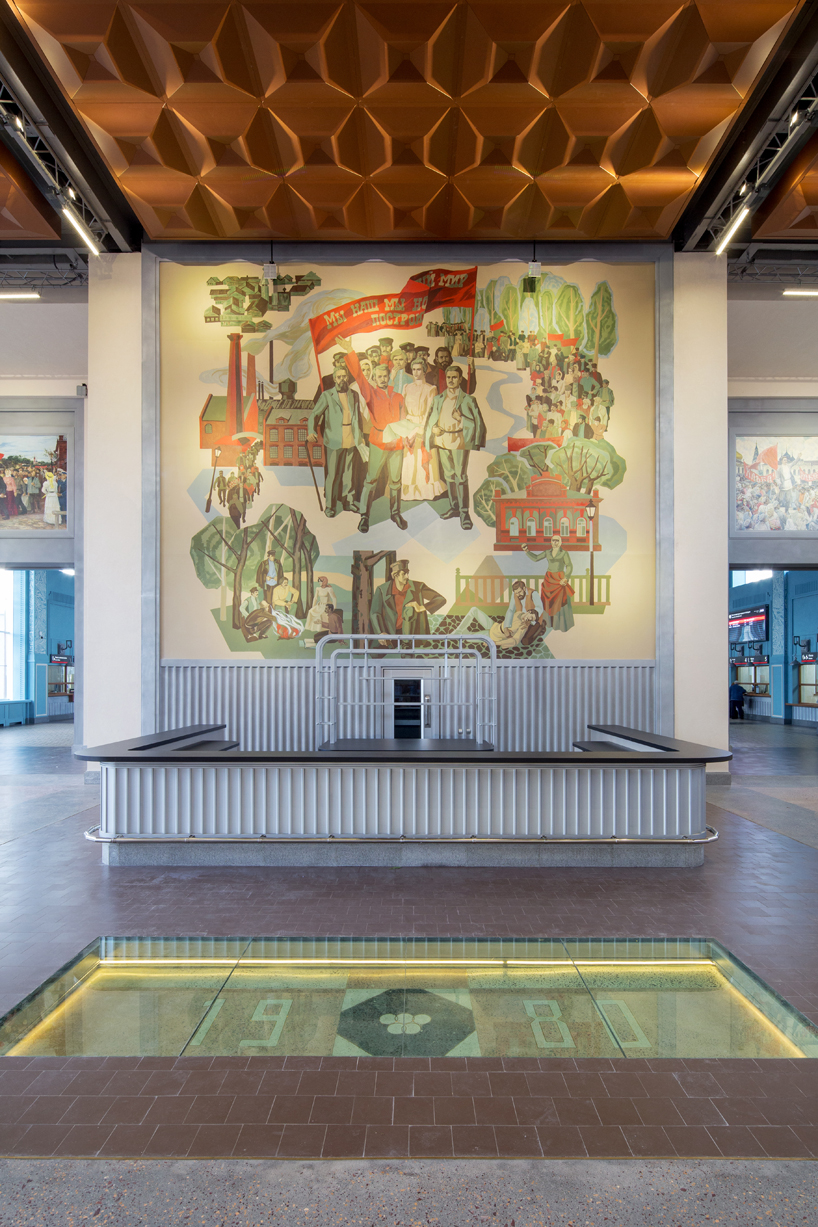 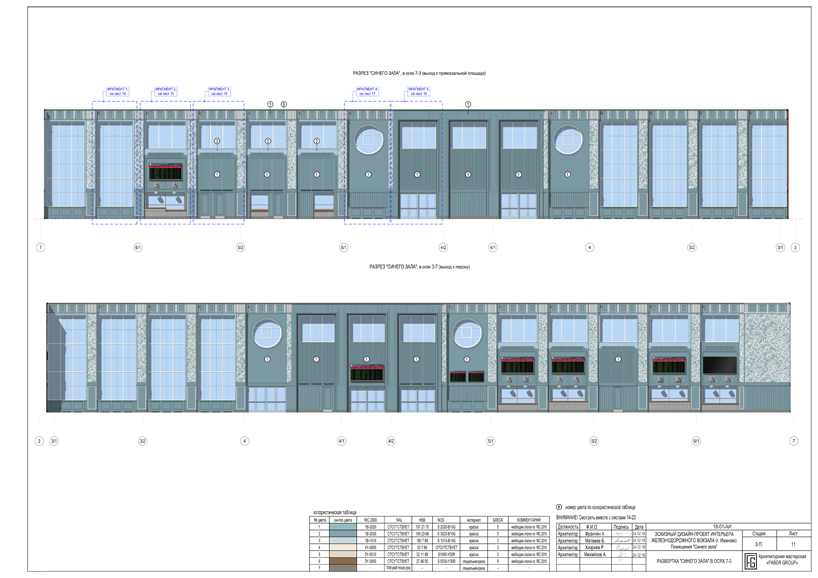 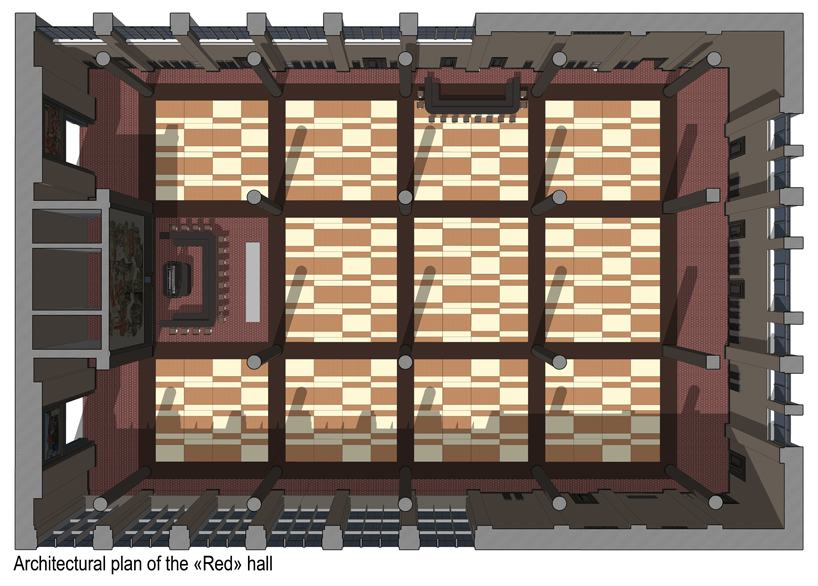 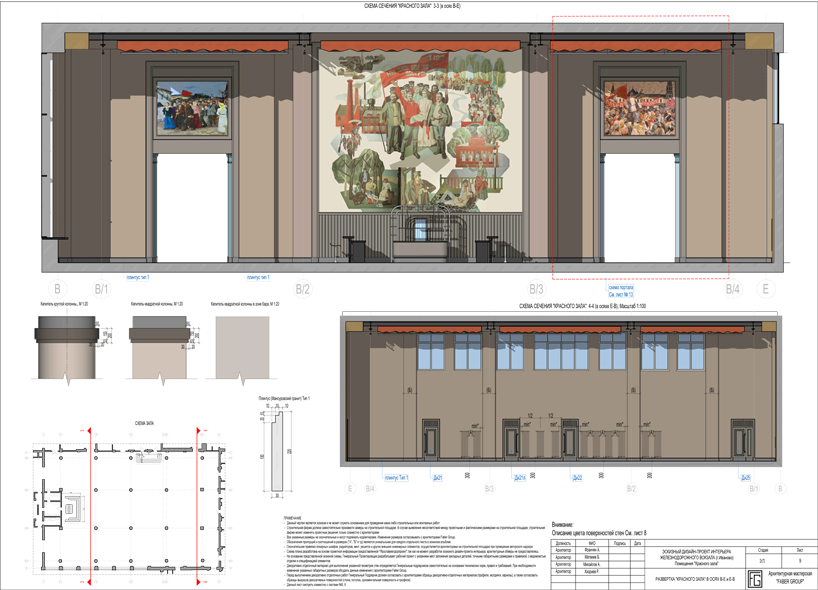 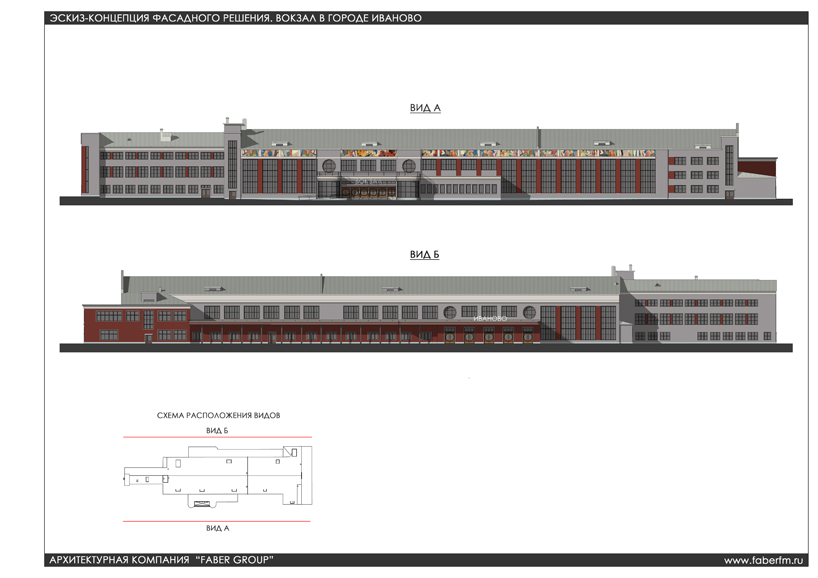 project name: reconstruction project of the railway station in ivanovo