sitting above the streets of lisbon, portugal’s príncipe real district is a small, perfectly placed apartment. the flat was both charming and quaint, but unfortunately suffered a slew of issues. most evident was the spatial organization, or rather, lack of one. thrown together in a manner approaching neglect, not a single space was efficiently used. bedroom doors: guest to the left,  master to the right

the north-facing living room was facing a small alley street and didn’t allow for direct sunlight at any time of the day. on the opposite side, a bedroom and kitchen — both very small — were facing towards the city, but neither possessed a glimpse of relation to the view. hovering in the space between, was a dark, windowless master bedroom. outside, the balcony had taken the function of a circulatory space; and the foyer was so microscopic that the door wasn’t able to fully open. 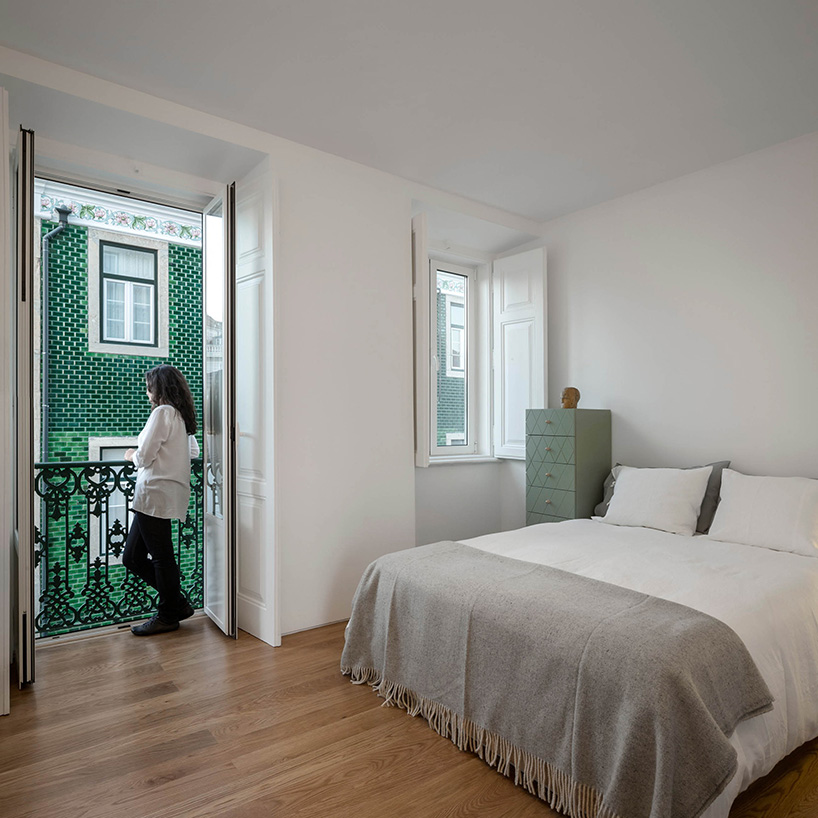 the home owner chose to work with filipe magalhães and ana luisa soares of architecture firm fala atelier. the duo started by removing all interior walls in the apartment, and rethinking the plan in a manner that actually made sense. the living area was moved to the south, so views of the city could be enjoyed, and bedrooms were relocated to the north. aside from being able to take advantage of the larger width of the north-side, their side-street location provided an added element of privacy. 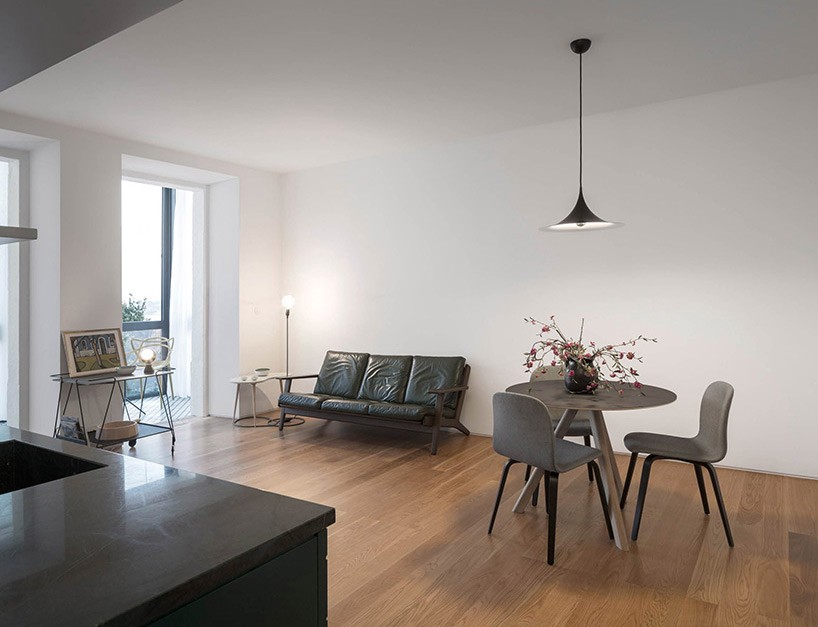 wood shutters, walls, and deteriorating frames were removed from the balcony. this sufficiently opening the home to the outdoors, allowing the terrace and living room to become continuations of one another. all surfaces — walls and ceilings — were painted white. a few carefully selected furnishings were then placed like independent sculptures throughout the space, completing the home in a sensible, holistic fashion. 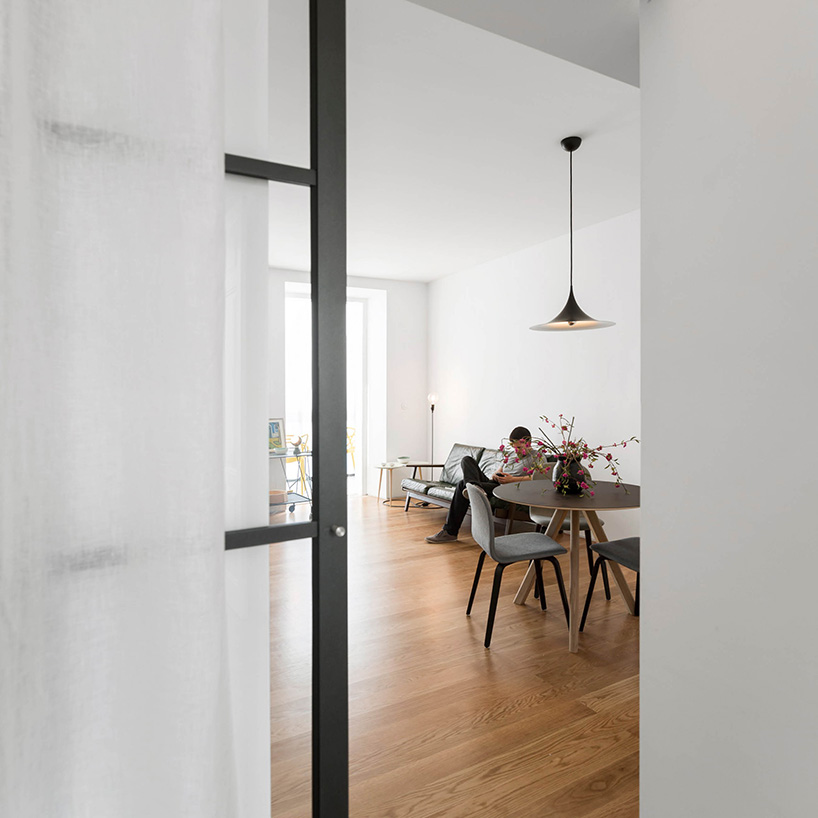 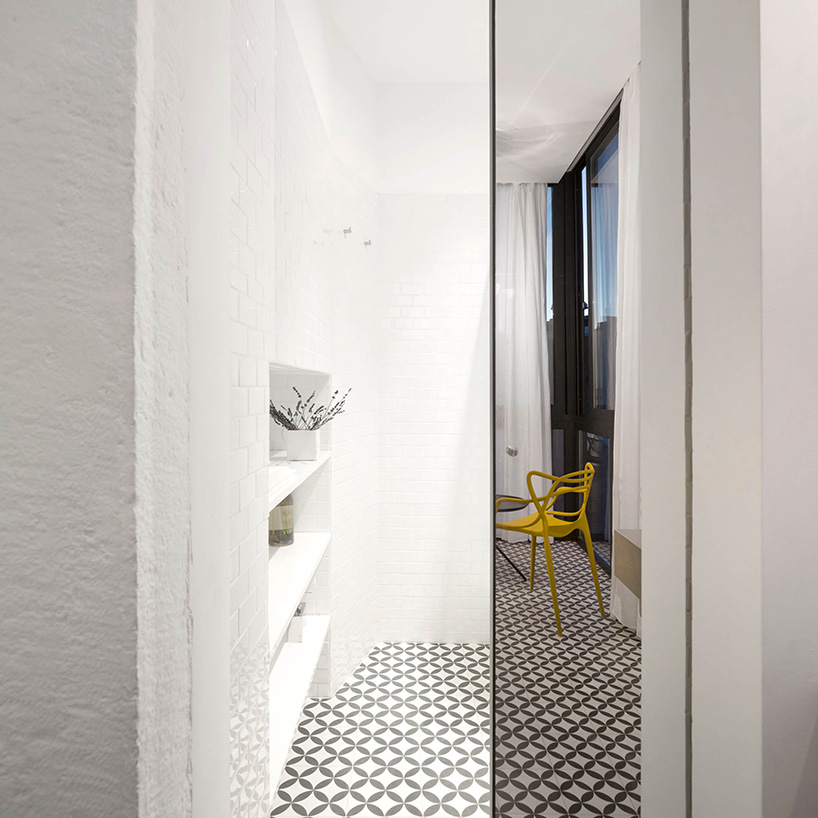 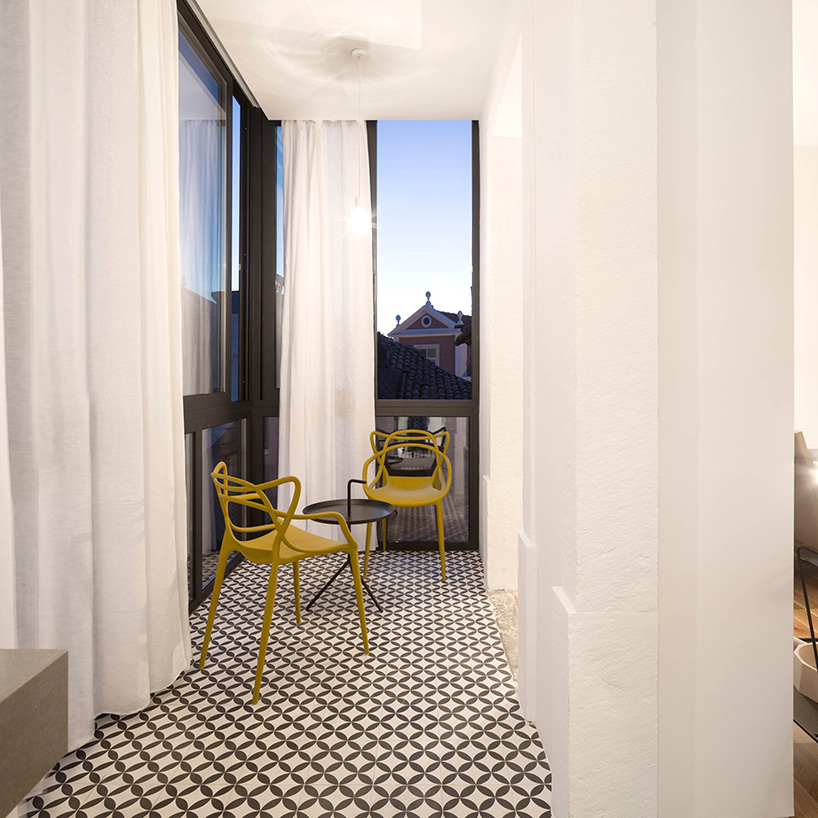 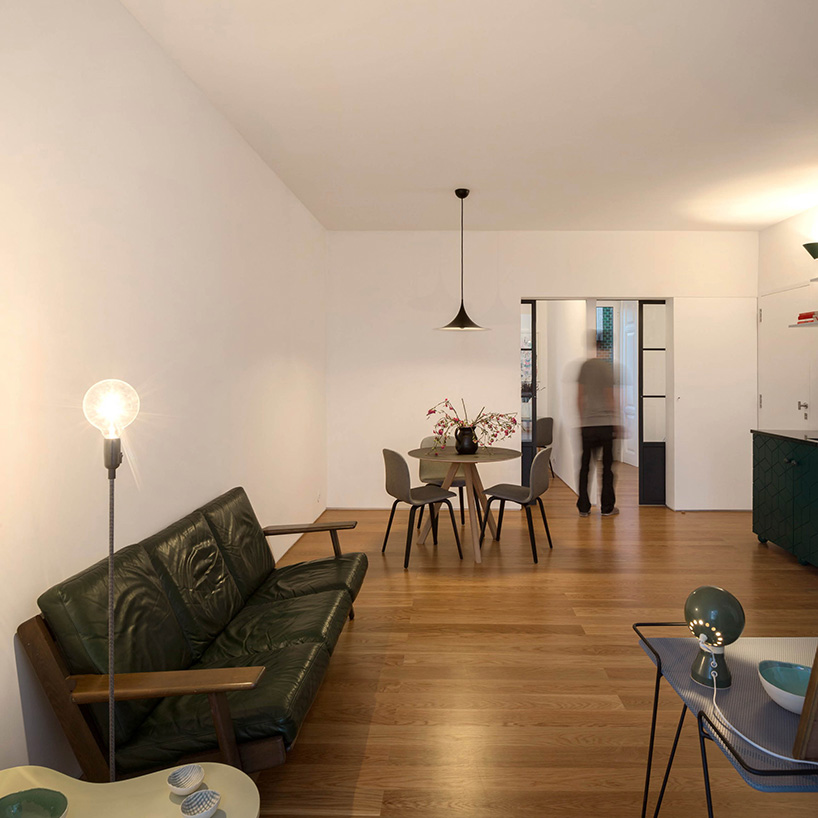 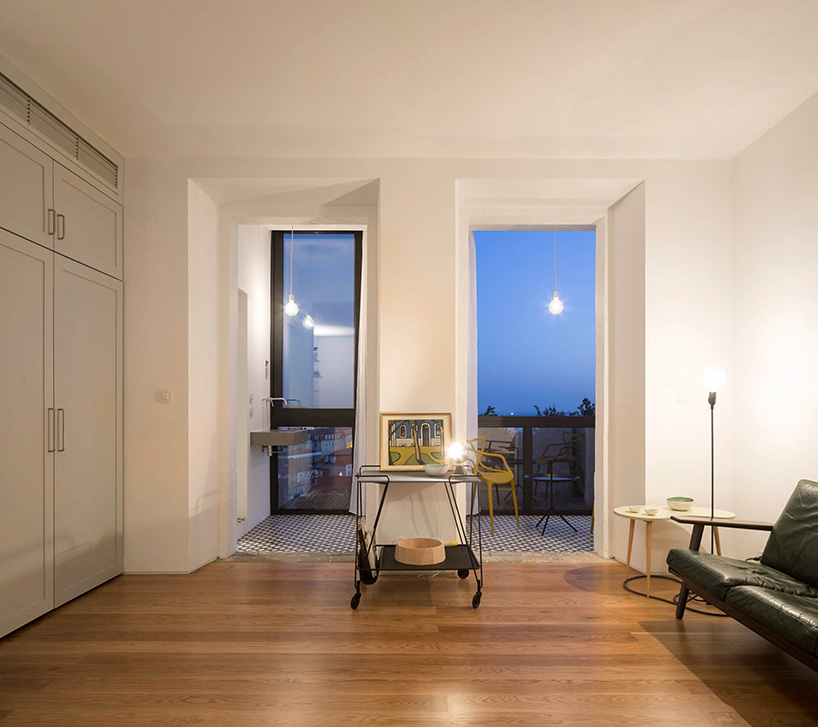 views to balcony and bathroom 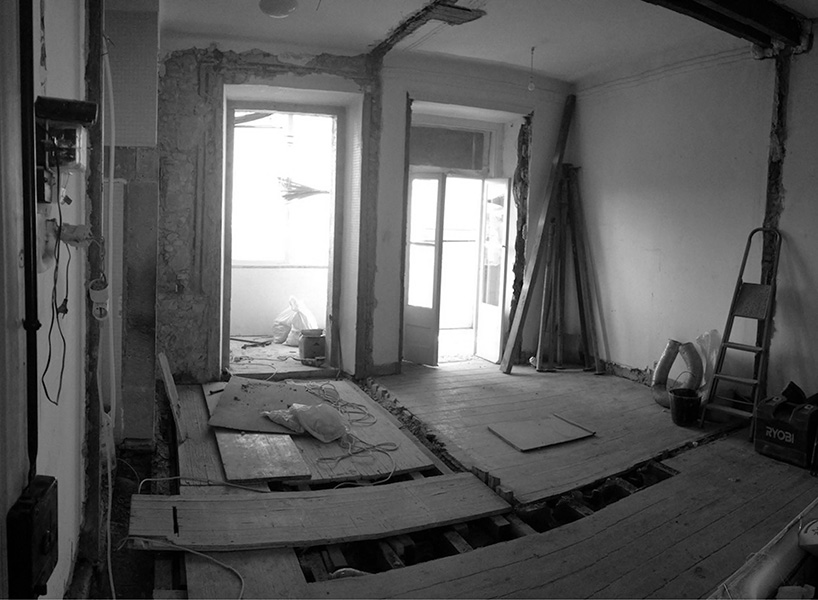 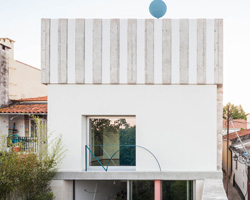 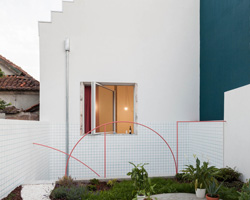 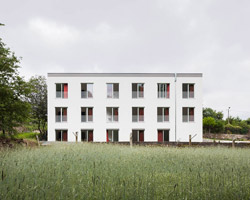 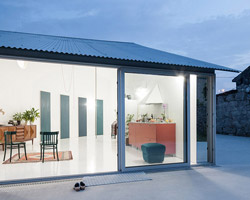 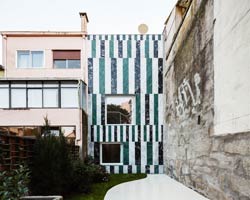