the city of montpellier just announced that the farshid moussavi has won the competition for a holiday apartment tower in southern france. informed by the bourgeoisie vacation villas in the isolated french countryside, the competition called for ‘folie’ architecture for the coastal site of jardins de la lironde in the port-marianne district. the london-based architect proposed an 11 storey tower, each floor elegantly curved in plan and stacked so as to maximize the sinuously shaped strata. 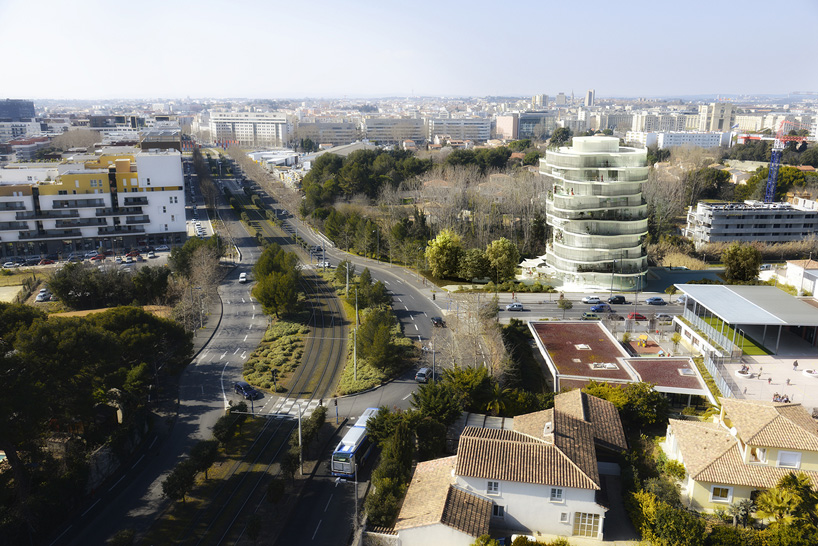 the 36 proposed units will additionally contain a restaurant and  become a strong urban marker on the landscape. jurors were particularly struck by the dramatic reinterpretation of a small holiday villa and the sustainable landscape approach. construction of the tower is slated to begin in 2014. for designboom’s coverage of the second ‘architectural folly of the 21st century’ by sou fujimoto, see here. 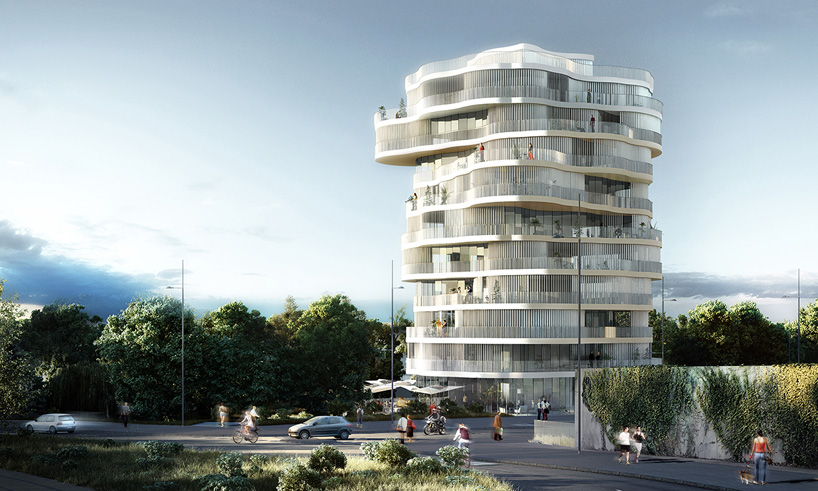 the building would be a elegantly strong statement on the coastal, urban landscape 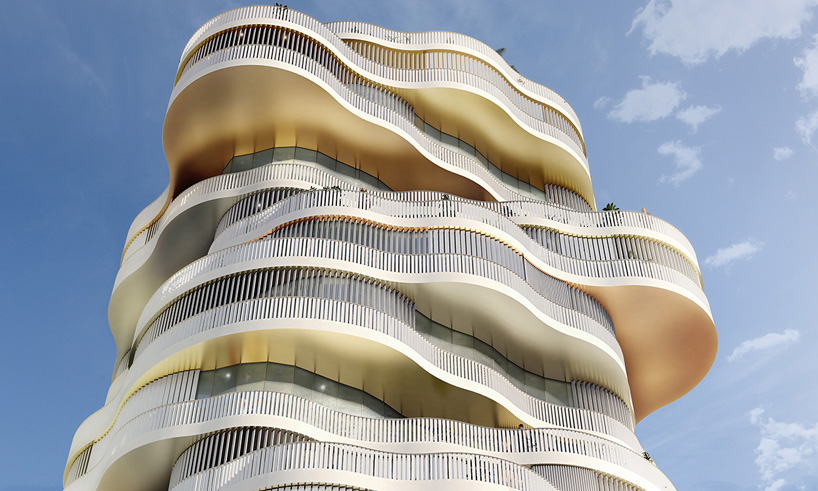 detail of the curved stacks 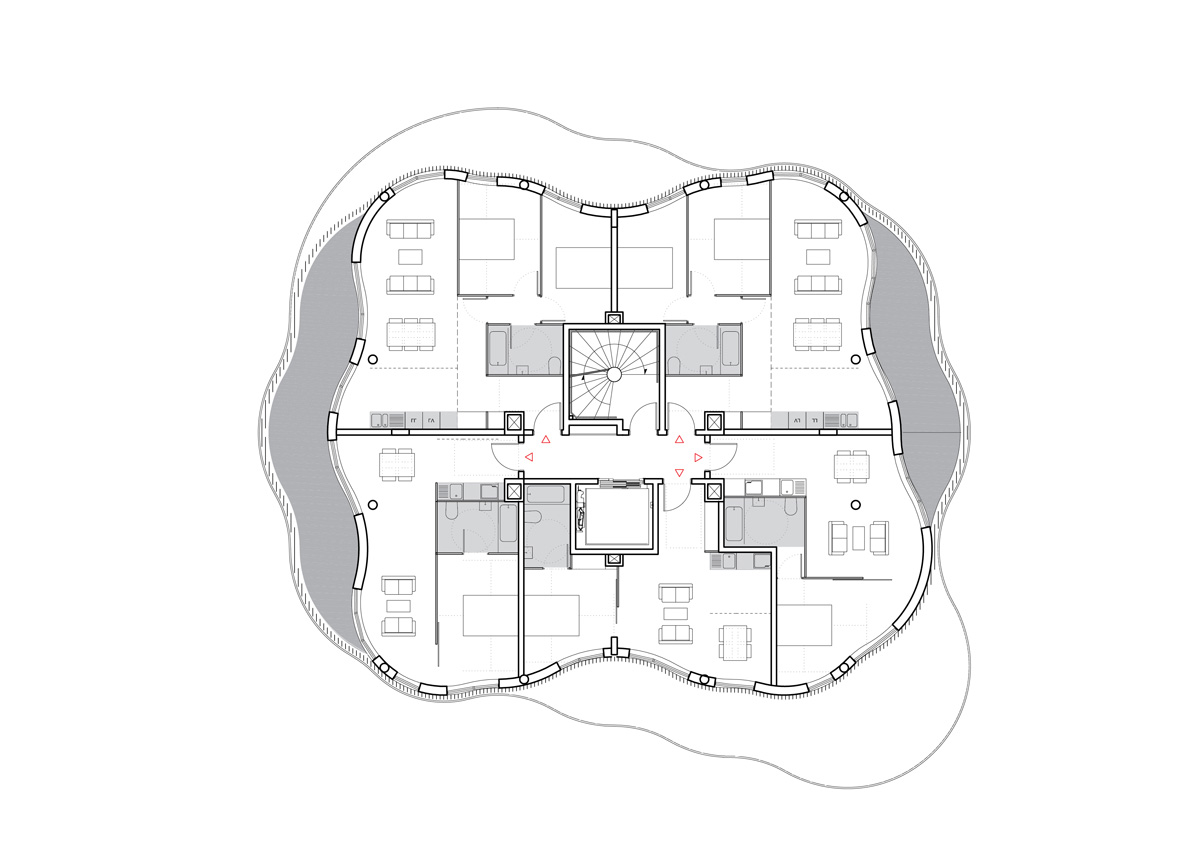 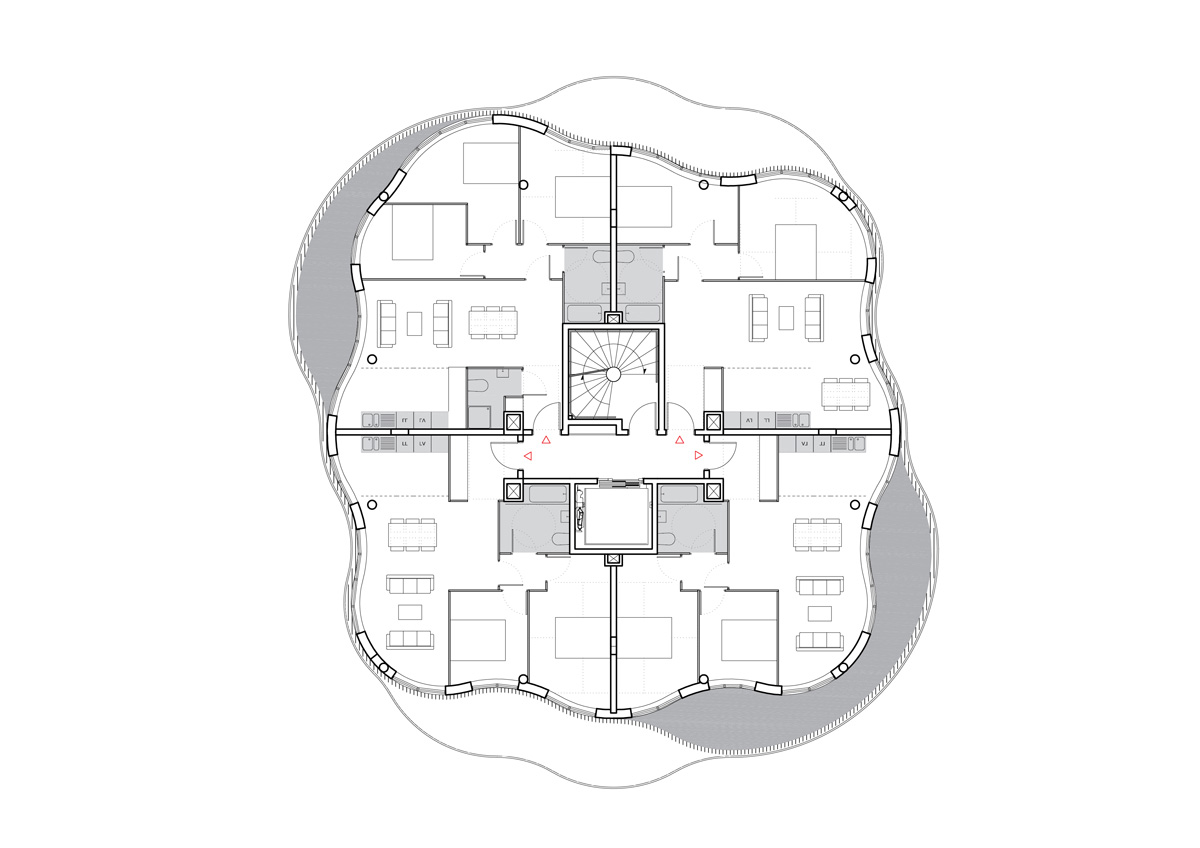 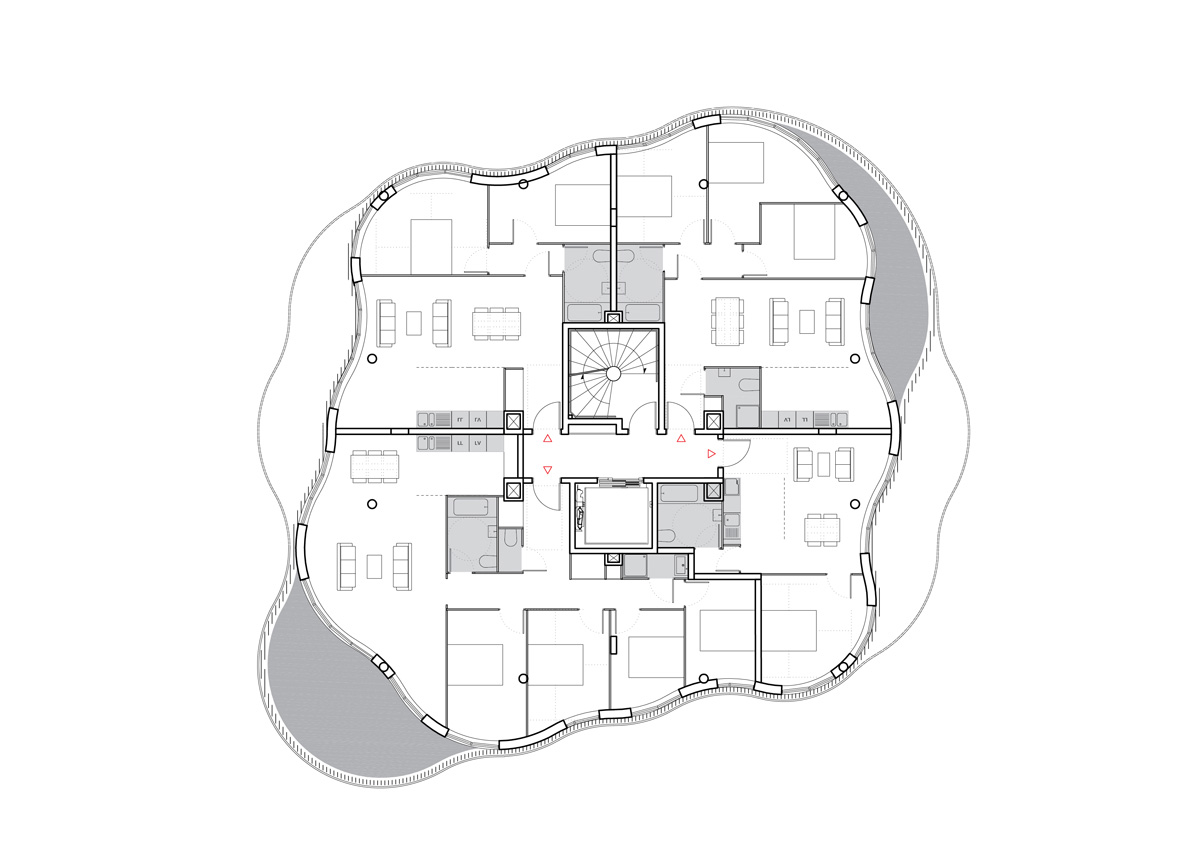 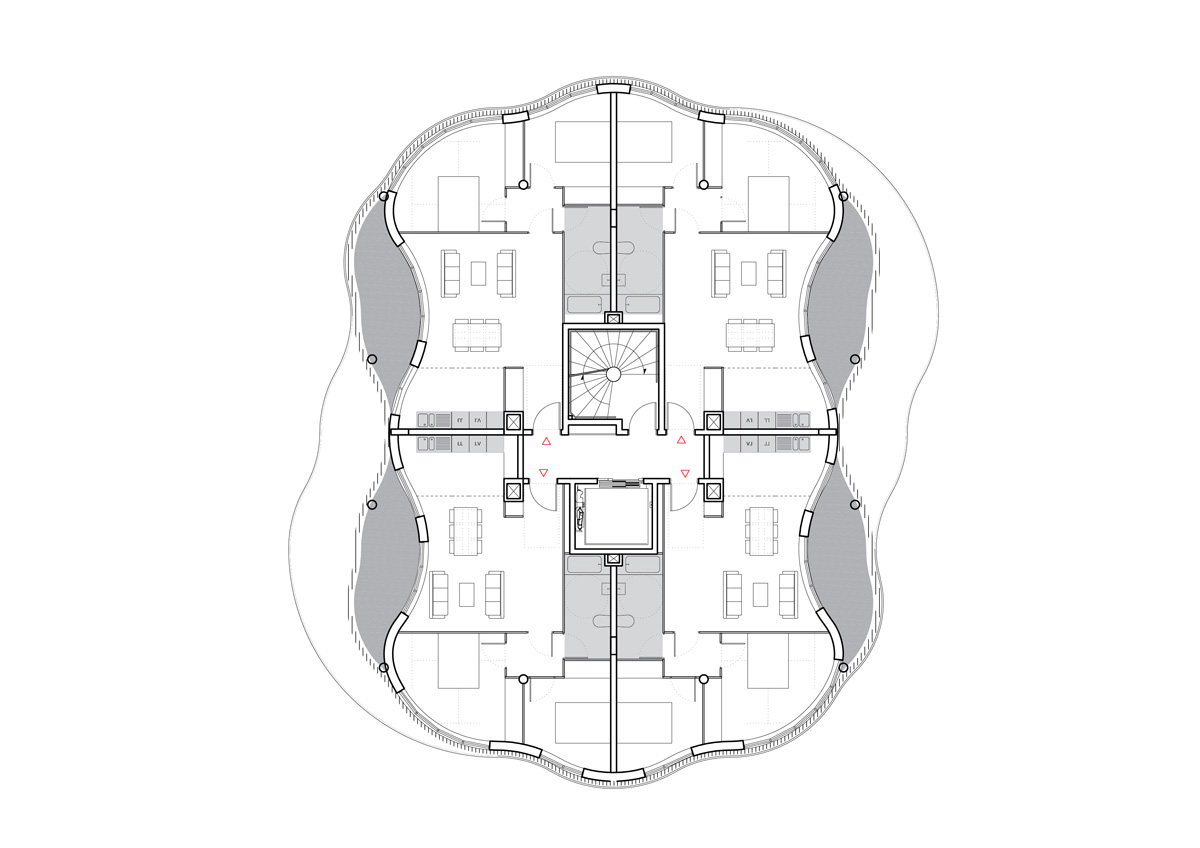 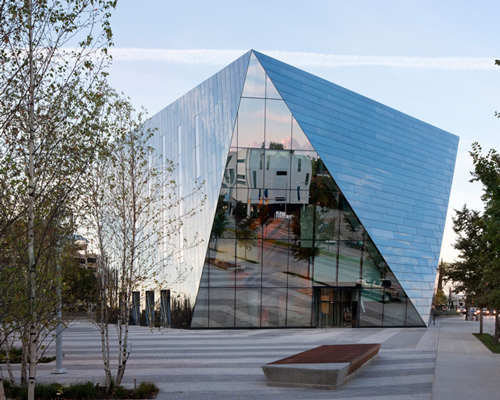