designed by faulders studio, deformscape is an outdoor extension to a private dwelling in san francisco. situated within a tightly packed urban neighborhood, this limited-space sculpture garden includes a large tree, and uses this sole arboreal presence to establish a gravitational pattern of grooves that are focused towards the tree’s centroid. this asserts the valued presence of the carbon-absorbing tree and its green canopy overhead, while still allowing for a maximum of usable surface area below which is free of other vegetation. to generate the resulting pattern, a 3-dimensional bulge is formed around the tree, and its distorted wire-grid is projected onto a 2-dimensional surface. taking into account appearance effects created by perspective views from the inside, the resulting planar surface appears to be sinking around the tree. 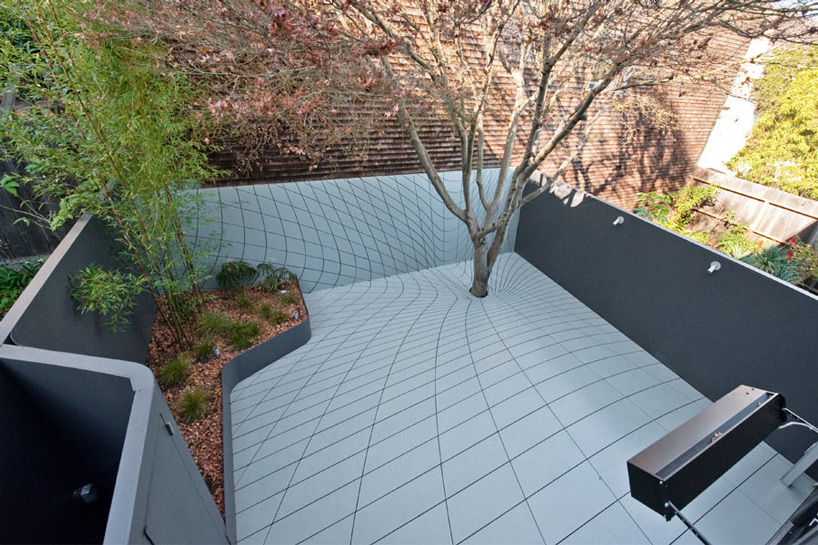 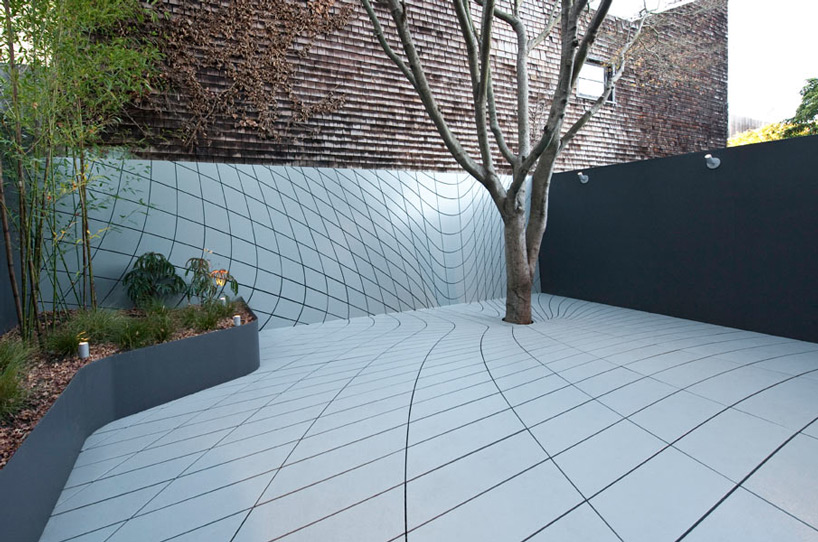 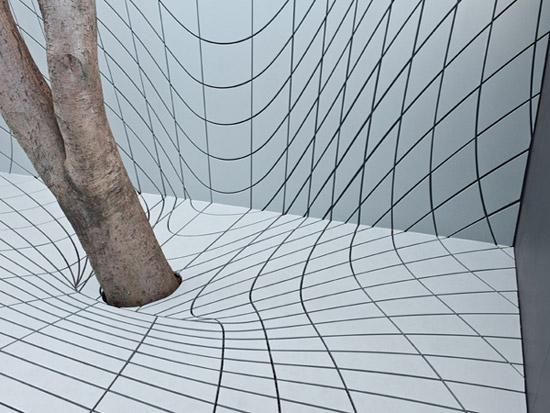 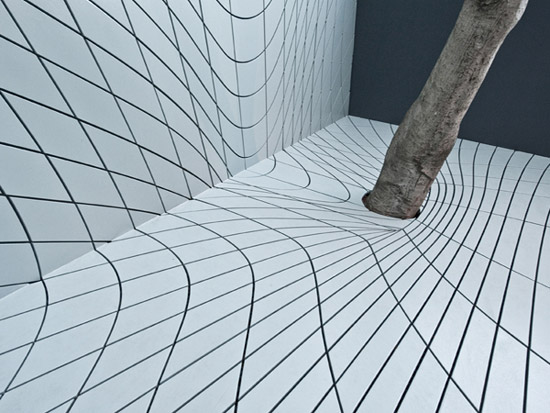 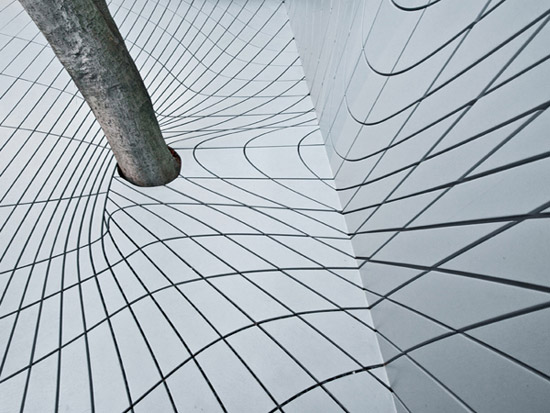 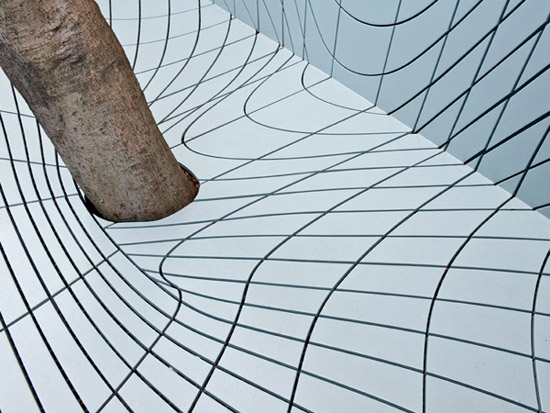 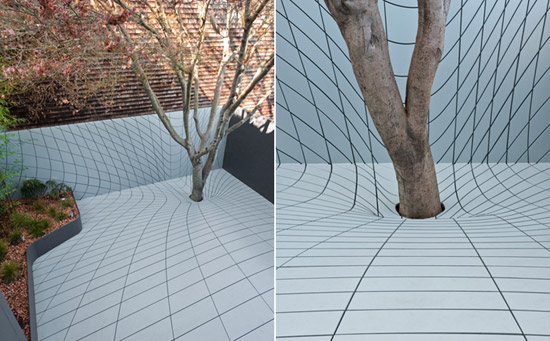 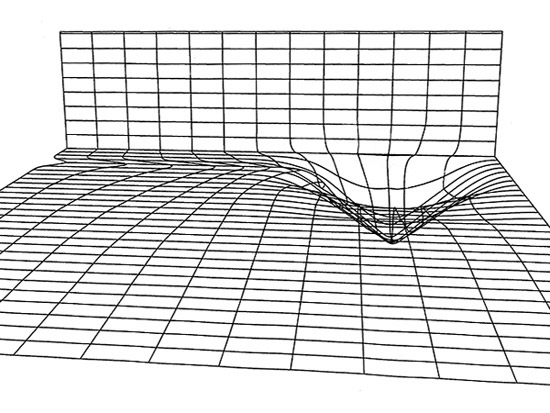 a computer rendering of the gravitational pattern 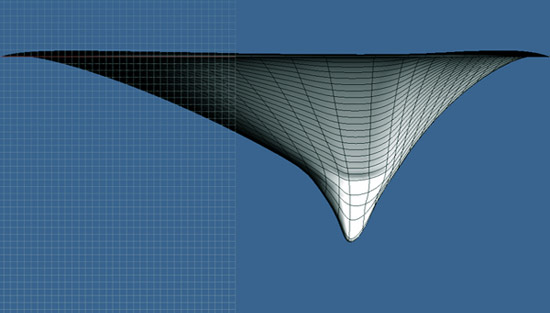 rendering of the ‘sinking’ effect created by the gravitational lines 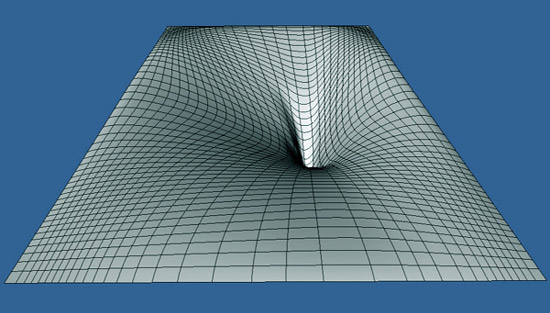 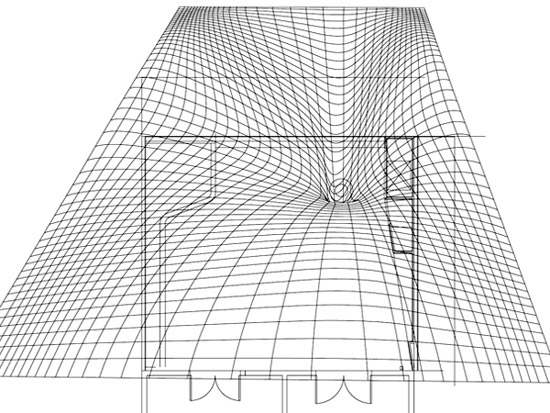 the extension of the gravitational pattern in relation to the dwelling 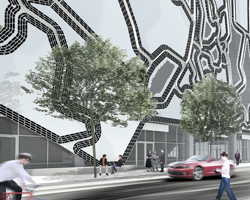 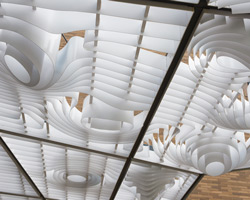 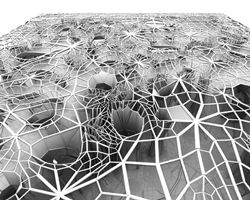